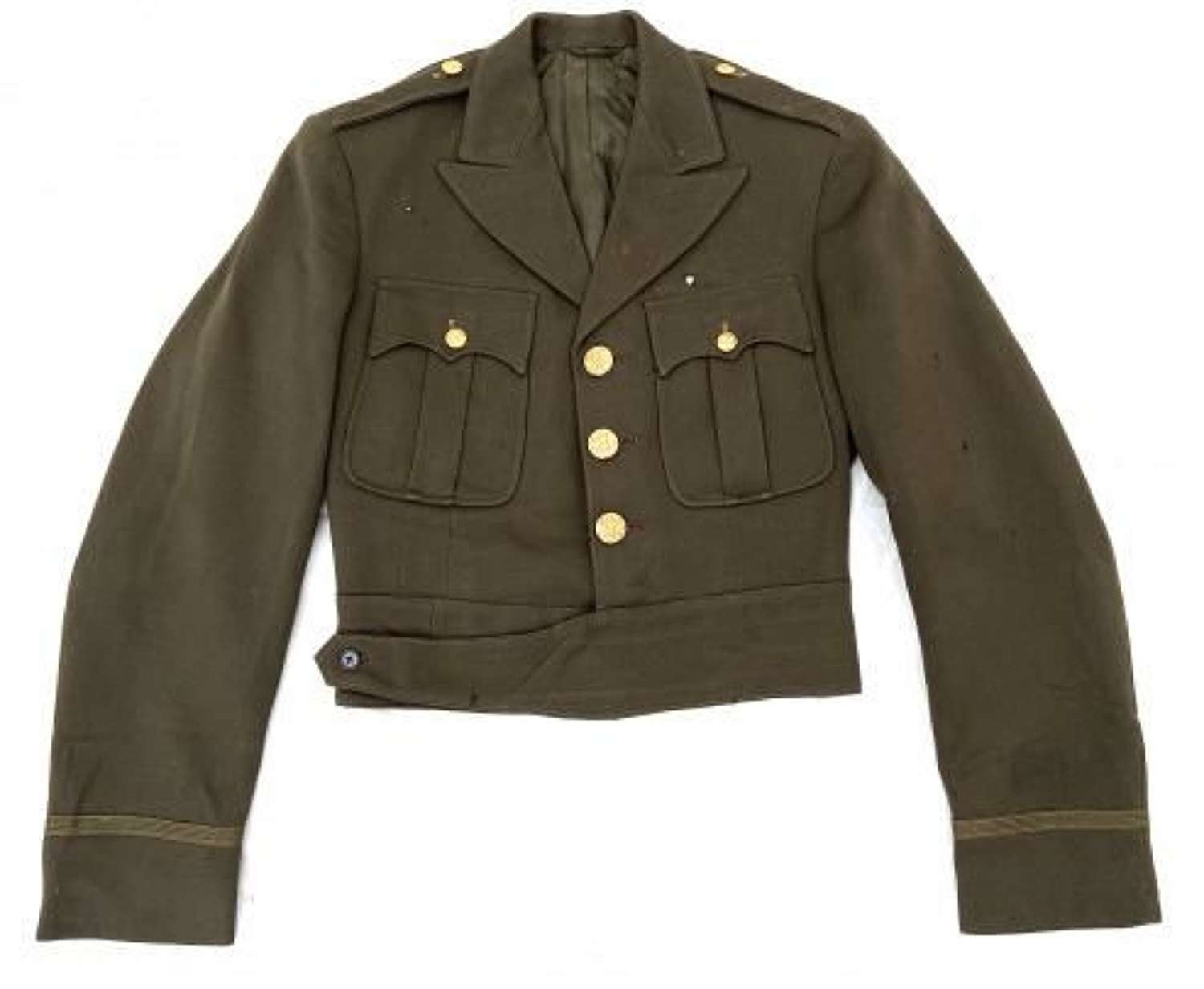 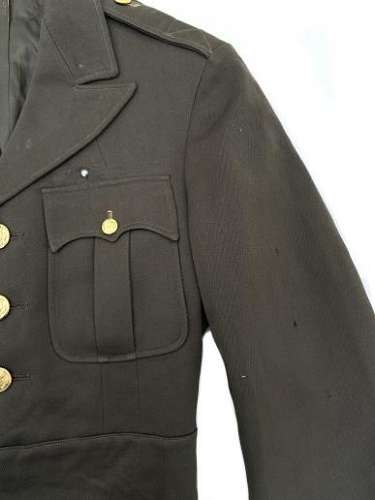 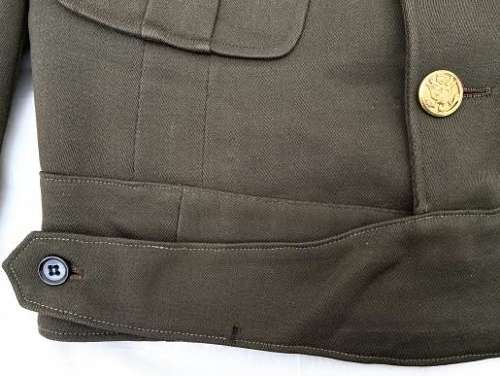 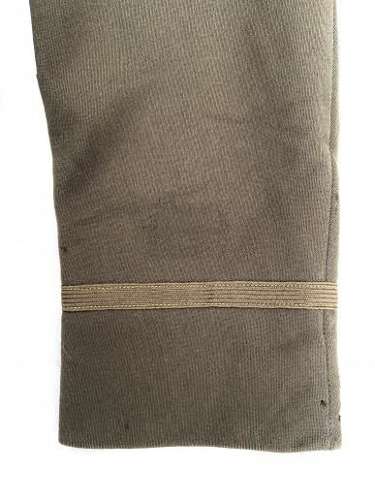 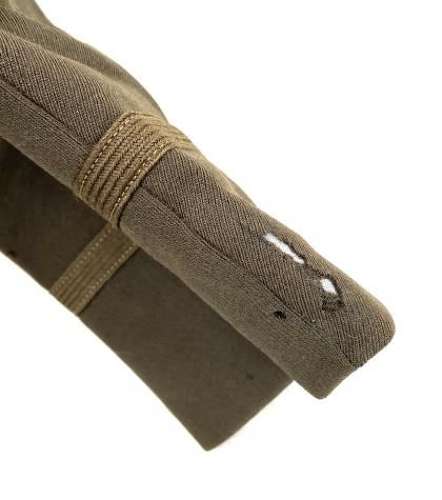 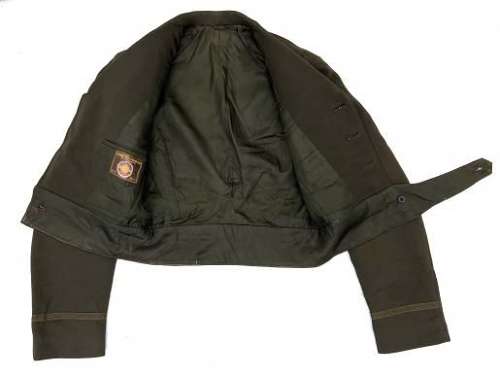 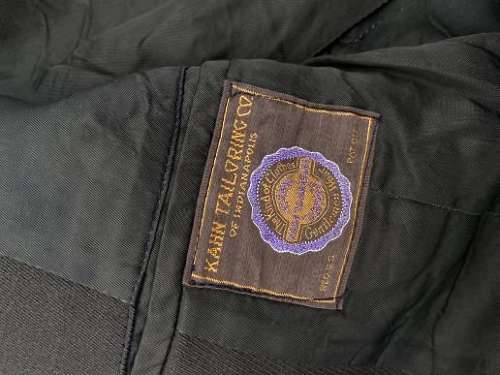 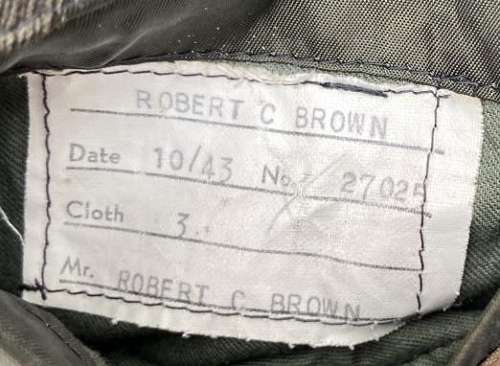 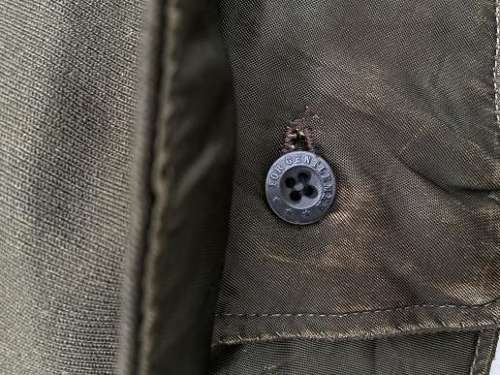 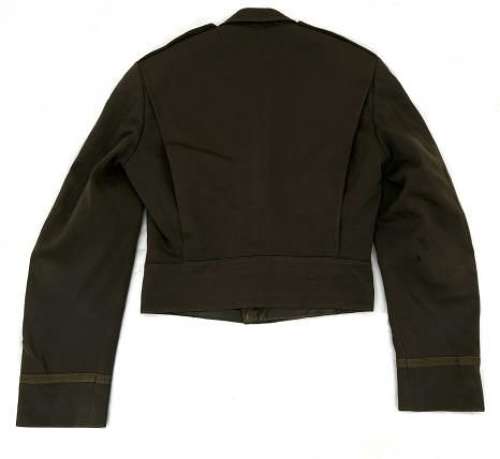 Original 1943 Dated Cut Down US Officers A Class Tunic

An original US Army Officers cut down A class Tunic Dated October 1943 and named to Robert C Brown.

This tunic started life as a standard four pocket US Army Officers Class A but has been re-tailored into a short 'Ike jacket' style, as was popular during the war, particularly with members of the USAAF. The interior shows clear signs of this period alteration and there is no doubt that it was cut down from a four pocket tunic. An English button can be found inside the jacket which has 'For Gentlemen' marked on it and would suggest that the jacket was altered whilst in the UK.

The tunic still retains its original label and was original made by 'Kahn Tailoring Co of Indianapolis'. A second label can be found inside the interior pocket which states the original owner as Robert C Brown and the date as October 1943. I have found two Robert C Browns; the first was a P 51 pilot with the 20th FG, and the second was a CO pilot with the 96th Bomb Group meaning there could be some further interesting research to undertaken with this tunic.

The tunic is a smaller size which will fit around a 36-37" chest. When laid flat it measures -

The tunic is in reasonable condition for its age but has suffered from some moth damage. I have detailed this in the pictures and it is reflected in the price. It could be possible to restore the jacket and some period badges would certainly be a nice addition.