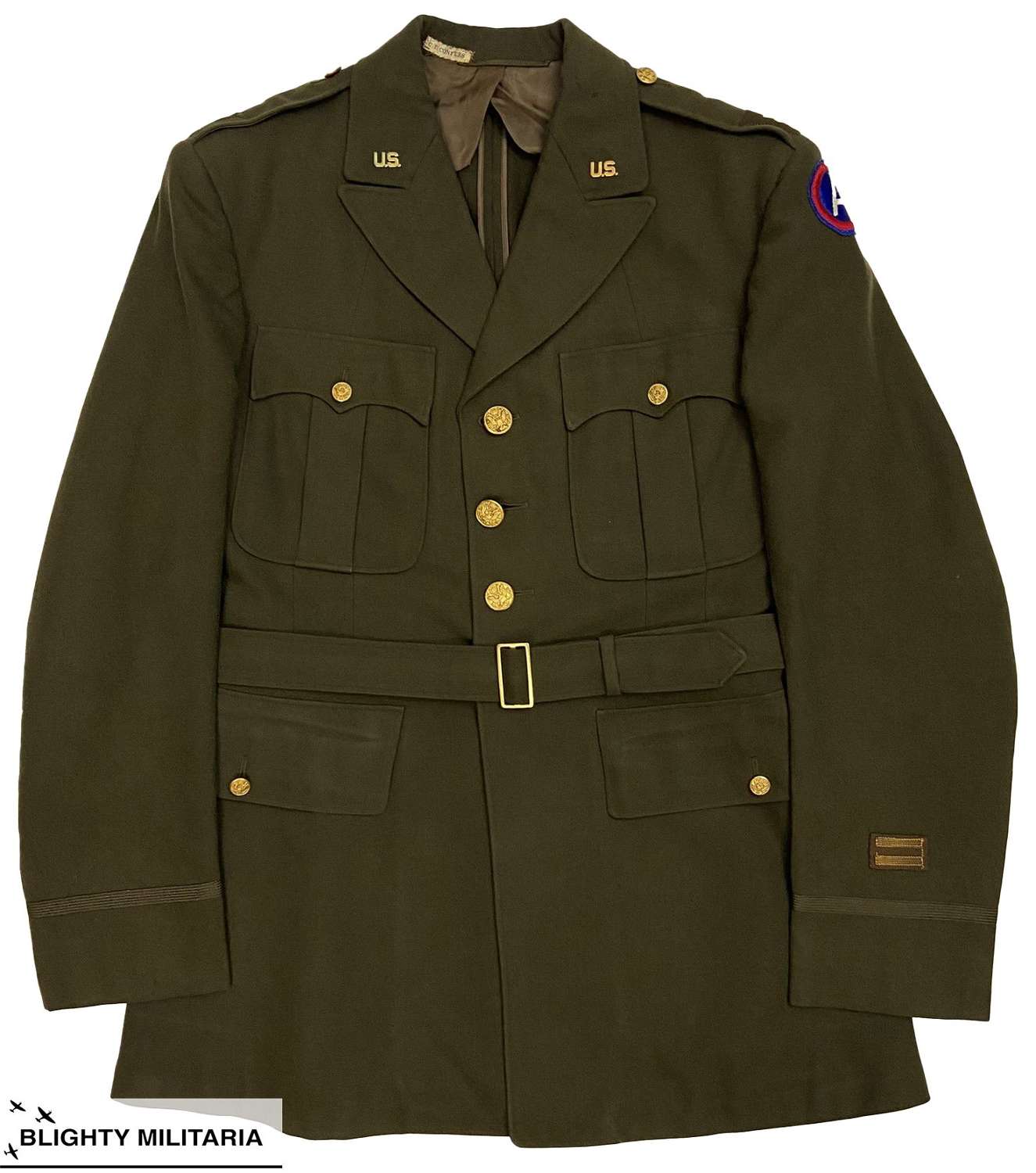 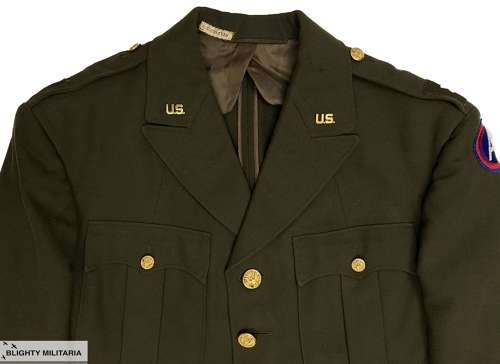 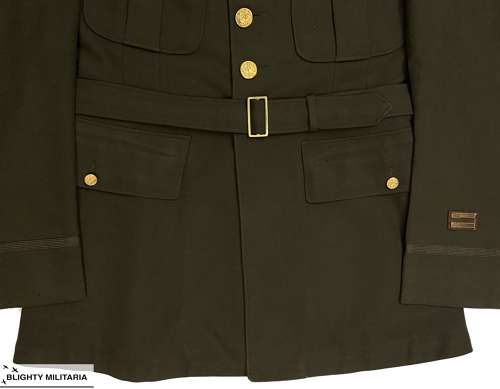 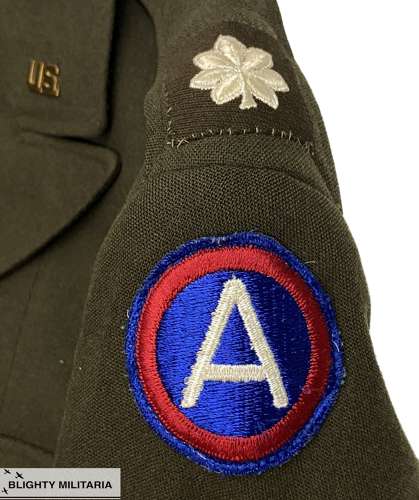 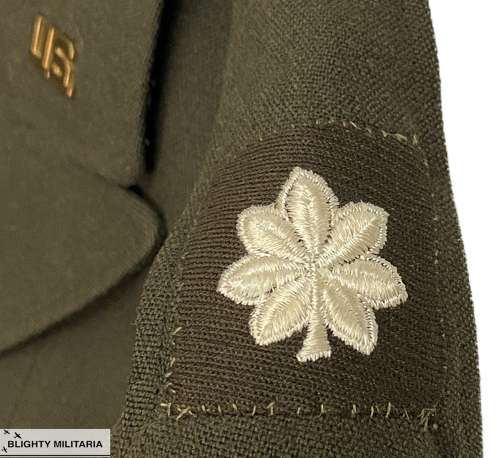 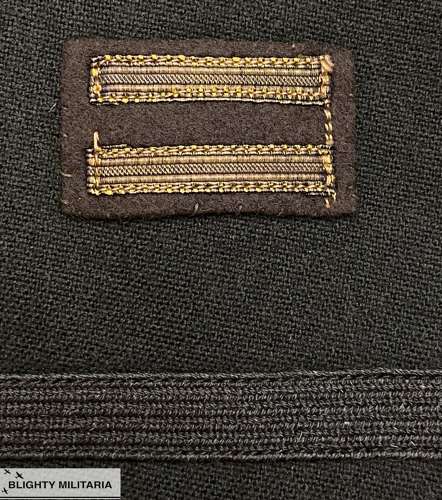 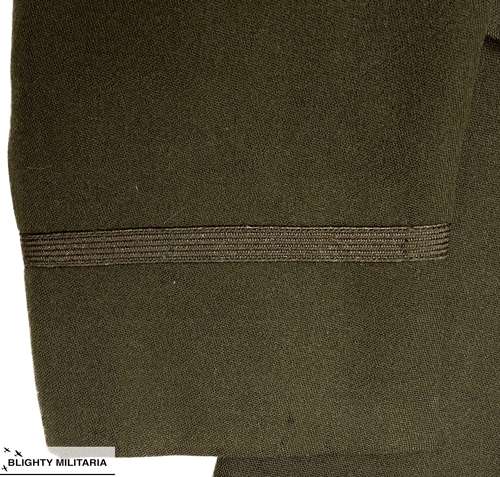 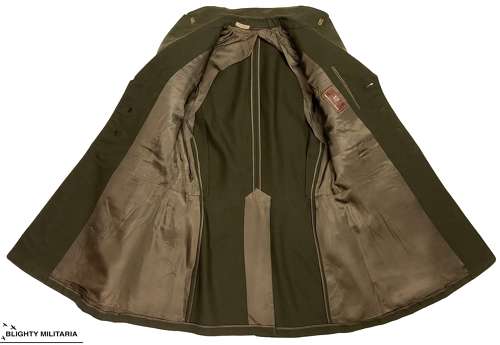 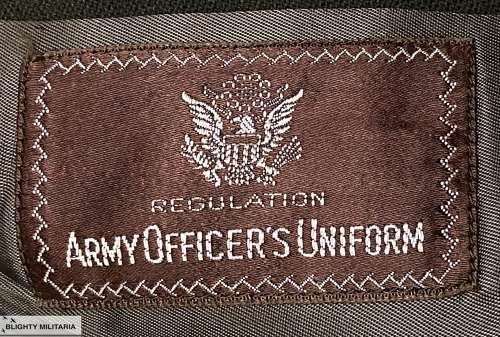 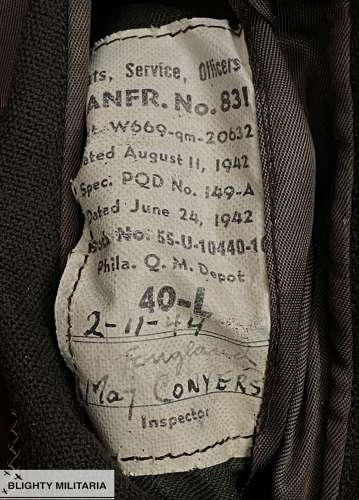 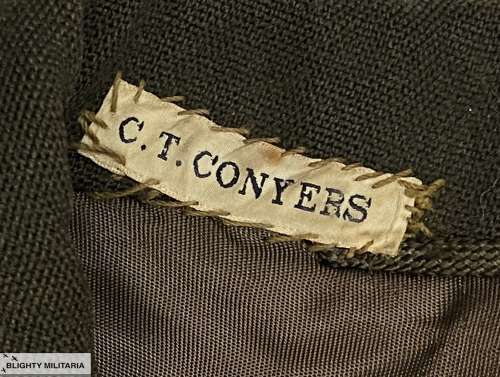 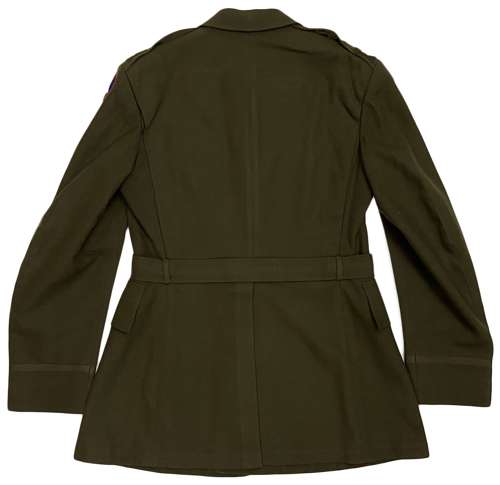 This original Second World War tunic is the standard pattern worn by officers in the United States Army throughout the conflict. It is made from the regulation coloured OD51 wool elastique material and features a three button front fastening as well as its original waist belt and buckle. The rear features an action back and a single vent.

The jacket is fitted with insignia which appears to be original to the jacket. To the upper left sleeve is an American 3rd Army patch which appears to be original to the jacket. There is no evidence inside the sleeve of any other badges being fitted at another time. The epaulettes are fitted with cloth major rank badges which ties in well with the original owners name on the inside pocket. To the lower portion of the left sleeve there is an overseas service badge which features two bars, denoting 1 year of service abroad. Metal 'US' collar badges are also present.

Inside the jacket features a partial lining as well as the ''Regulation Army Officer's Uniform' label, located next to the interior pocket. Inside the interior pocket is the issue label which bears the size of 40L and the date of August 11 1942, The original owner has added his name in ink which reads 'Major Conyers' along with the date of 2-11-44. This ties in well with the name tag located to the neck which reads 'C. T. Conyers' and may offer the prospect of further research.

Overall a great looking original WW2 US Army jacket which displays very well and is a good size.