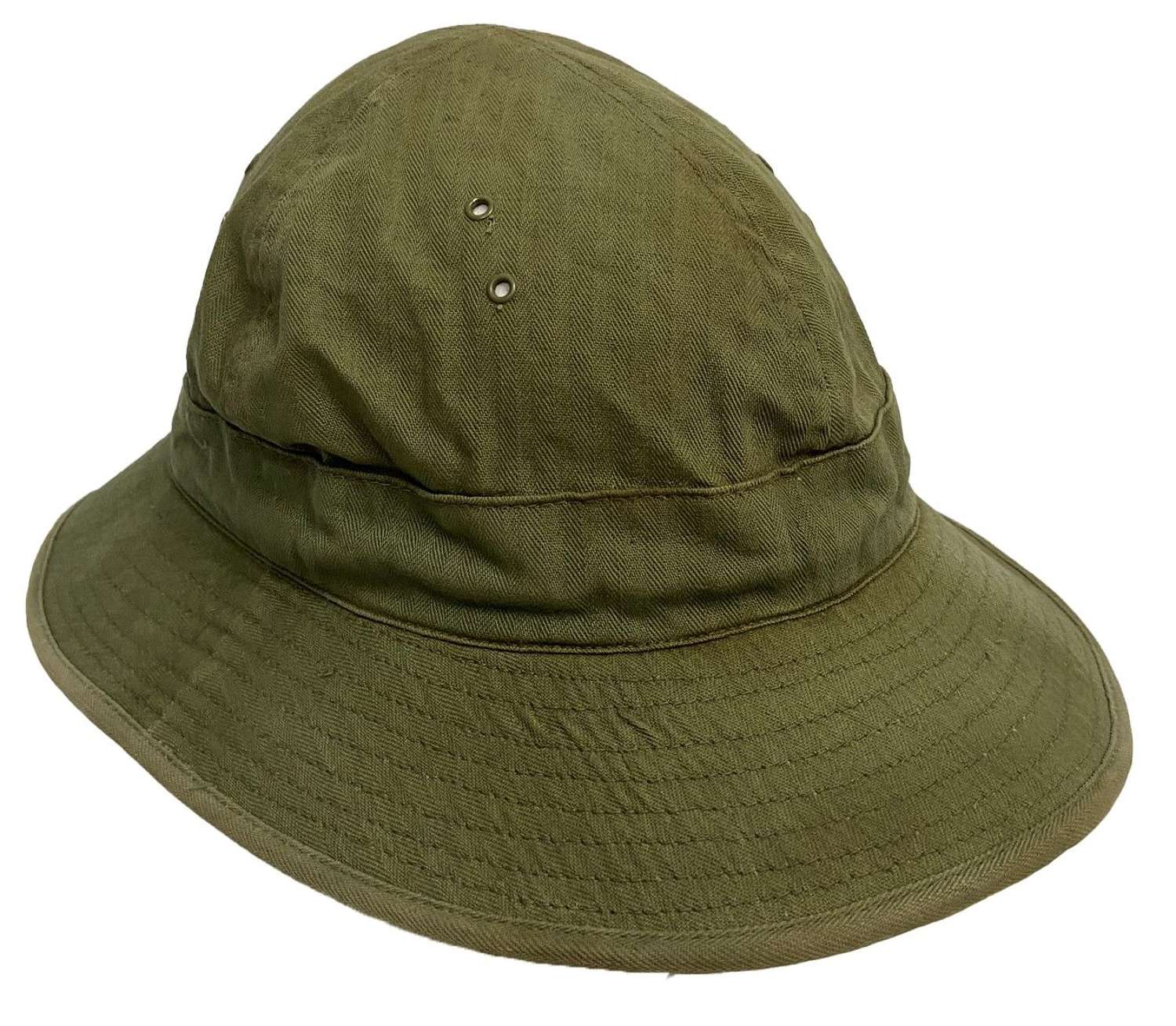 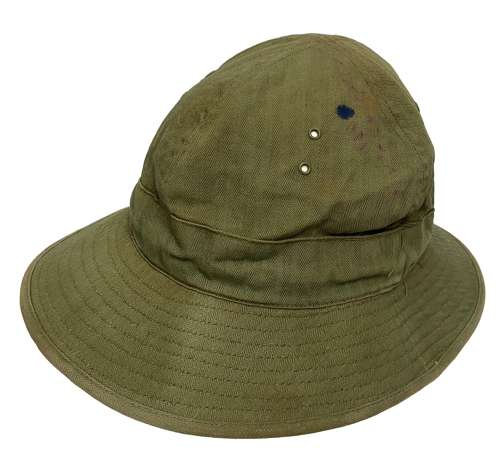 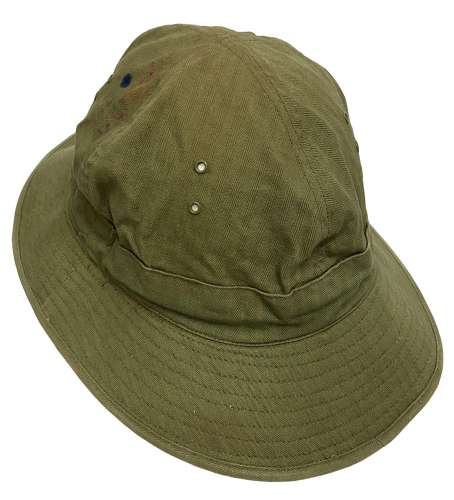 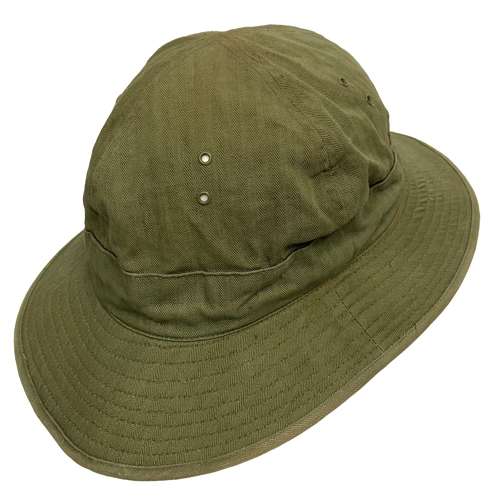 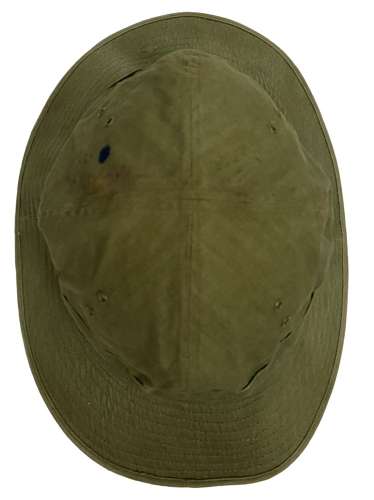 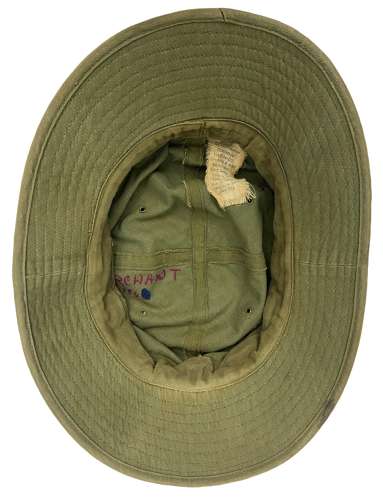 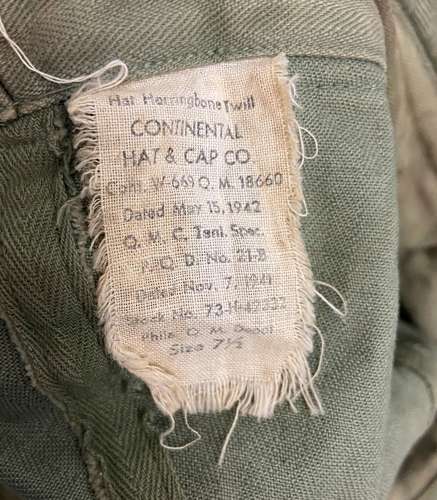 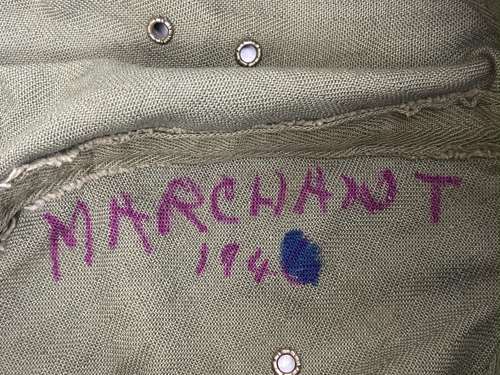 An original 1942 Dated US 1941 Pattern HBT hat in fantastic unissued condition, often referred to as the 'Daisy Mae'

Officially designated 'Hat Herringbone Twill', this pattern was introduced in 1941 alongside the two piece HBT fatigues replacing the earlier denim version. These hats saw action in all theatres throughout the conflict and can be seen in many period pictures.

This example features its original issue label which states the manufacturer as 'Continental Hat & Cap Co', the size as 7 1/2 and the date as May 15, 1942.

Inside the cap the original owner has marked their name in ink which reads 'Marchant 1944'. For some reason the last numeral of 1944 has been obliterated with ink although I am not sure why!

The condition of the hat is good with some signs of wear or use as is to be expected from an originally issued cap. The cap is a nice colour with some fading and all the eyelets are still intact.

Overall a nice example of this pattern of hat in a harder to find large size. It would make a good addition to any WW2 collection without a doubt.