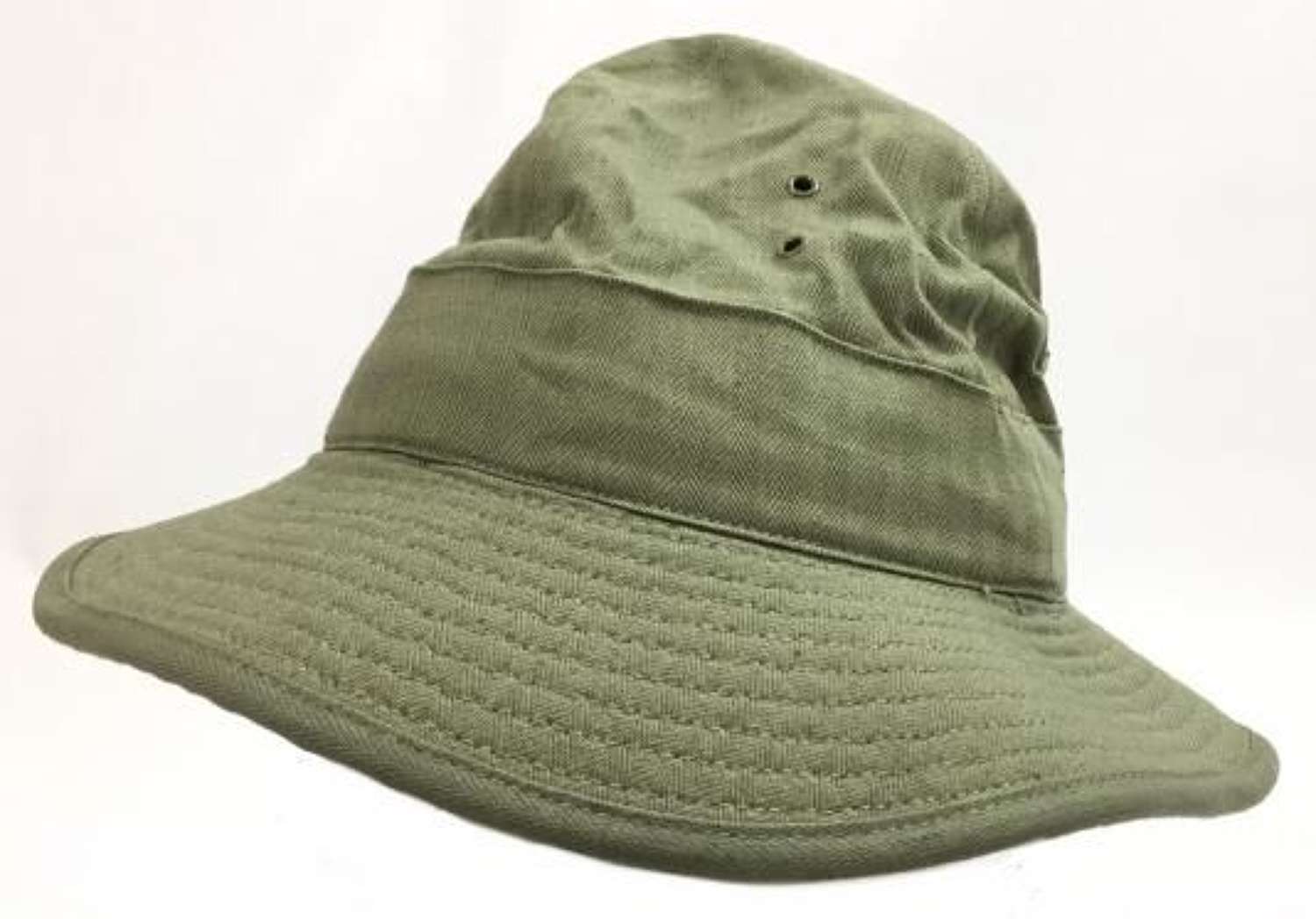 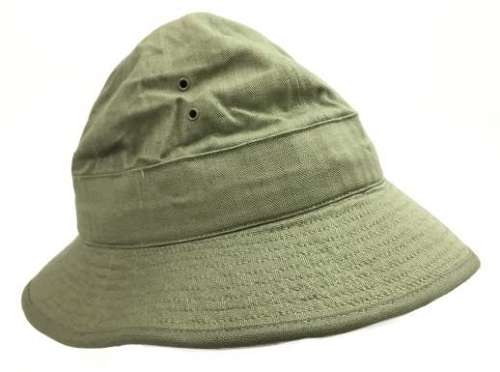 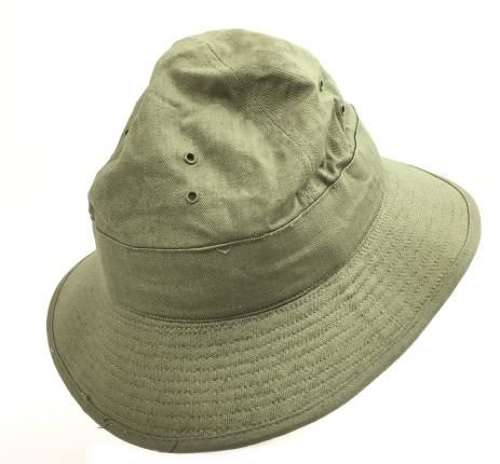 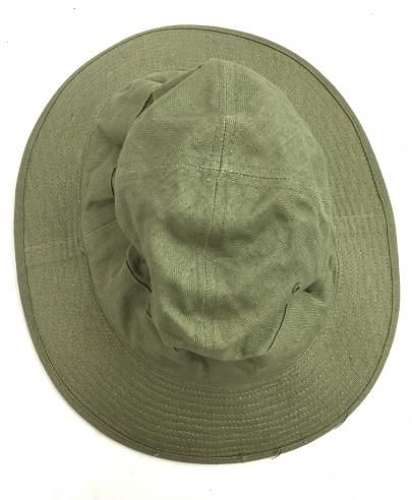 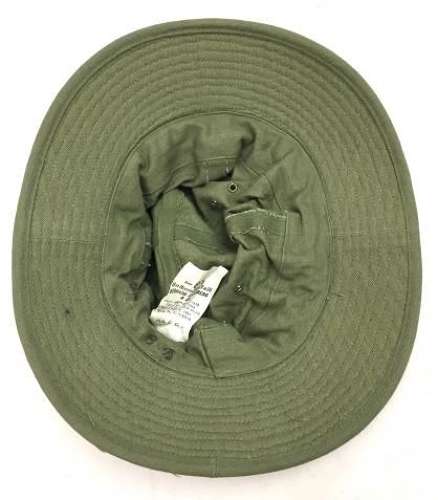 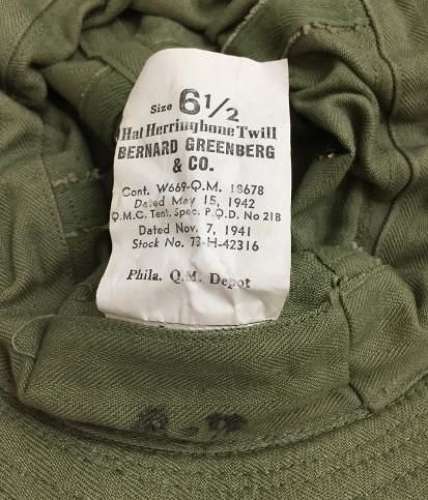 SOLD
An original 1942 Dated US 1941 Pattern HBT hat in fantastic unissued condition, often referred to as the 'Daisy Mae'

The Daisey Mae was introduced in 1941 alongside the two piece HBT fatigues and replaced the earlier denim version. The caps which came out after this proved more popular leading to the it being declared limited standard in 1943 and gradually phased out. None-the-less these hats saw action in all theatres throughout the conflict.

This example features its original issue label which states the manufacturer as 'Bernard Greenberg & Co', the size as 6 1/2 and the date as May 15, 1942.

The condition of the hat is stunning with no signs of wear or use that I can see. The material is still the deep colour it would have been out of the factory and the label is as bright and clear as the day it was made.

Overall a very fine example of this pattern of hat. It would make an excellent addition to any WW2 collection without a doubt.