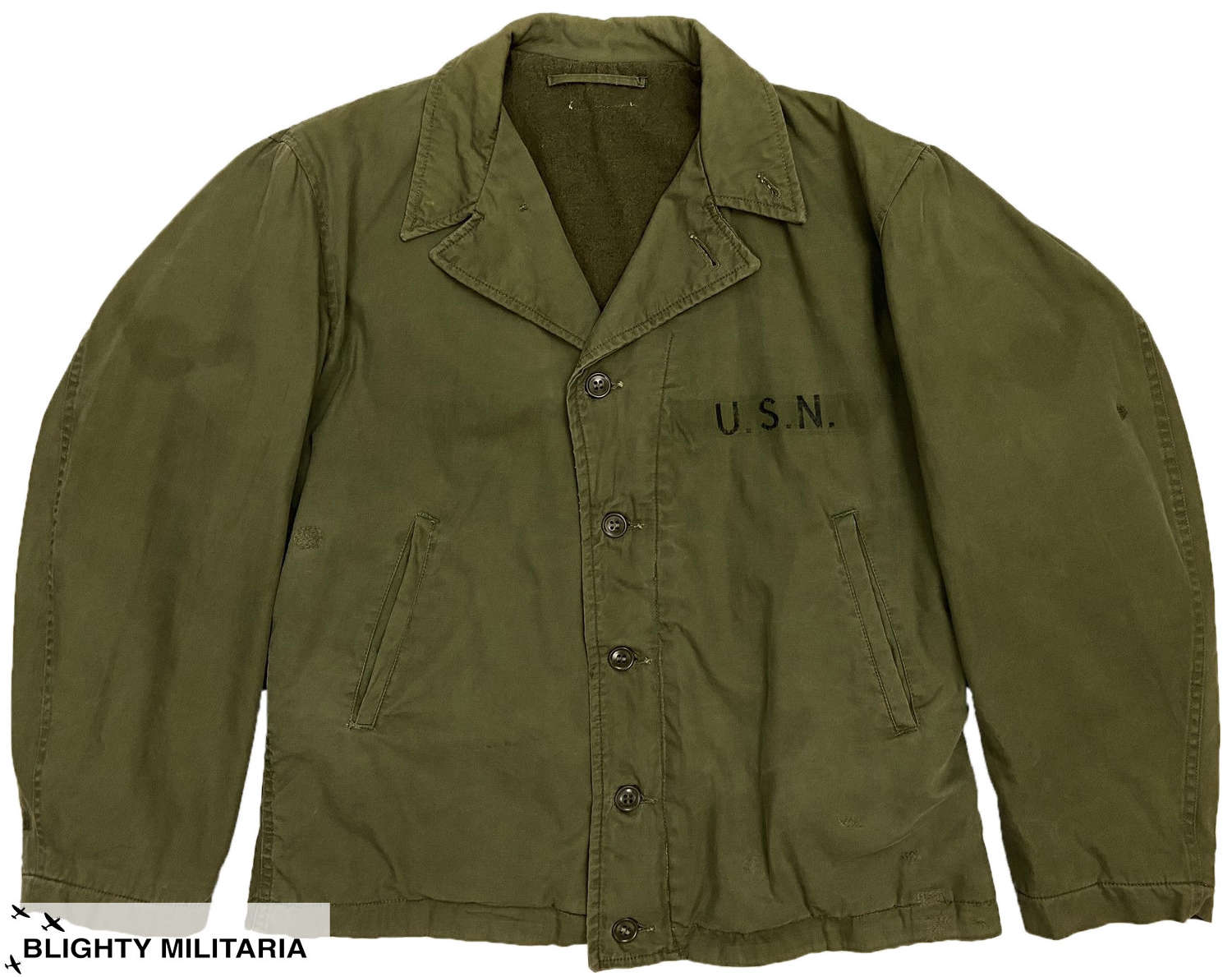 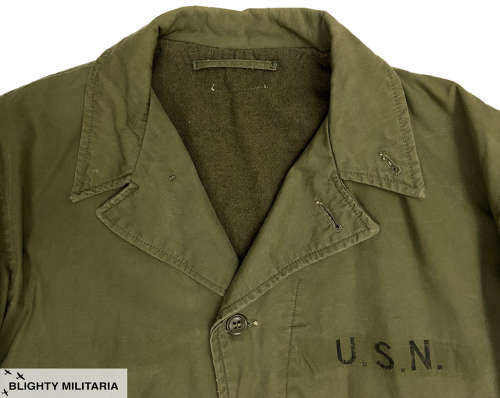 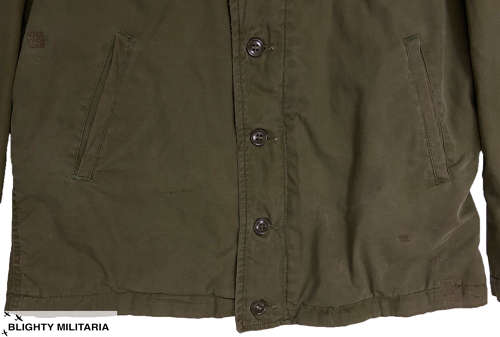 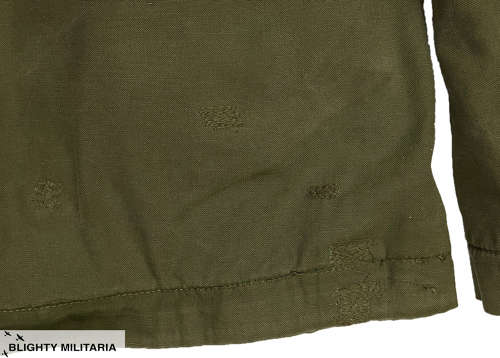 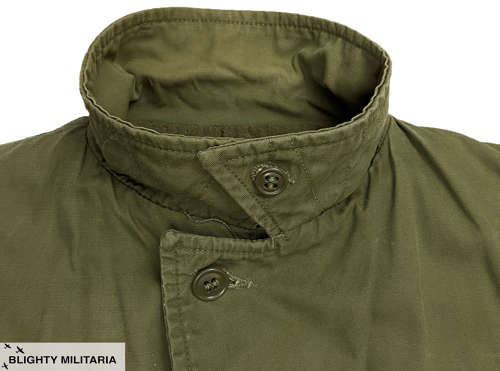 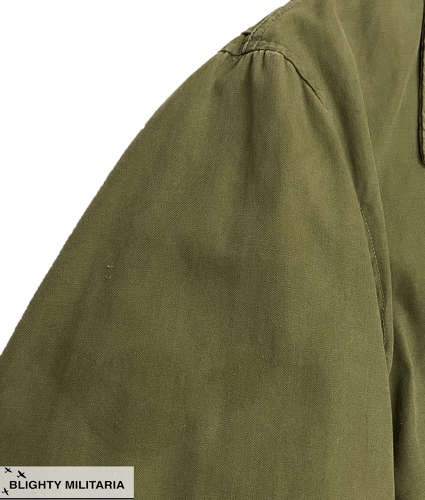 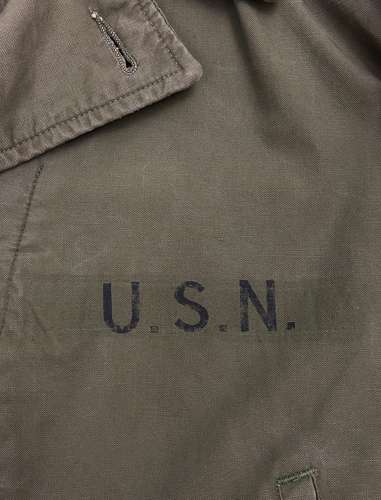 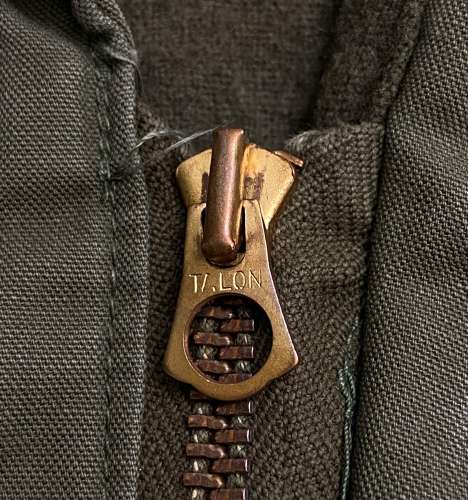 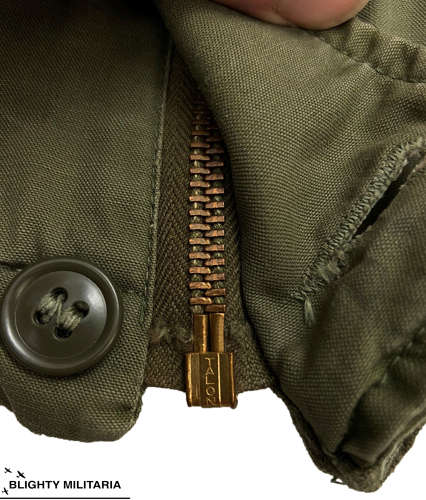 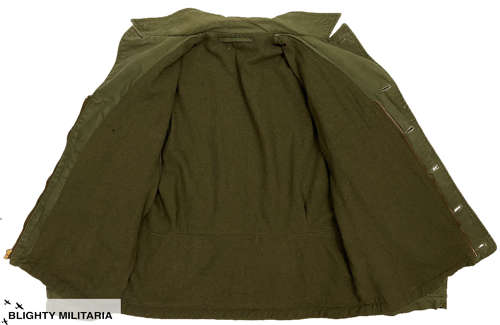 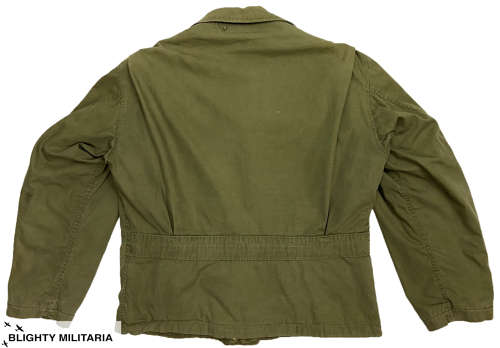 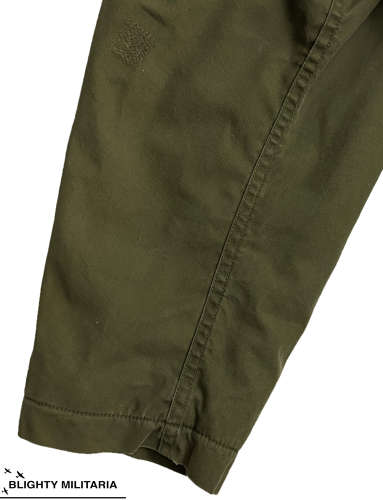 An original United States Navy N-4 Deck jacket in a smaller size, dating from the 1940s.

Officially referred to as the N4 Field jacket, this USN item closely resembles its Army counterpart, the M41. The main differences between the two are that the USN version is a darker green and does not feature epaulettes or the button tabs to the wrists. These jackets were made at the same time as the heavier N-4 Deck jackets but offered an intermediate weight option.

The jacket features a cotton shell and green coloured wool liner like its army counterpart. It features a brass 'Talon' branded zipper with bell shaped puller, typical of those found on US made military jackets of the 1940s. The zip is hidden behind a button fly which features 6 buttons whilst the is another button on the underside of the collar to allow it to be fastened around the neck.

The front of the jacket features the standard 'U.S.N' stencil to the left breast which is still clear. Inside the jacket below the collar there is clear evidence of where the original contract label was stitched although it is sadly no longer present. This means it is impossible to date the jacket exactly but the material, buttons and zip date this to around the time of the Second World War.

There is evidence of where USAF rank patches have been fitted to the sleeves previously which would suggest it was used by someone surviving in that organisation. There is also evidence of where a name tape was fitted over the USN stencil.

The jacket is a small size and will suit someone of around a 38" chest depending on desired fit. When laid flat it measures -

The jacket is in good condition for its age and it still has seen plenty of use in its life. Overall it presents well, the zip is in good working order and all the original buttons are present. There are a number of period repairs to the jacket which are detailed in the pictures and add to its character. Please study the pictures and bear in mind that this is a pre-worn, vintage item which may have small issues commensurate with age.

A nice original example of this very wearable pattern of jacket!