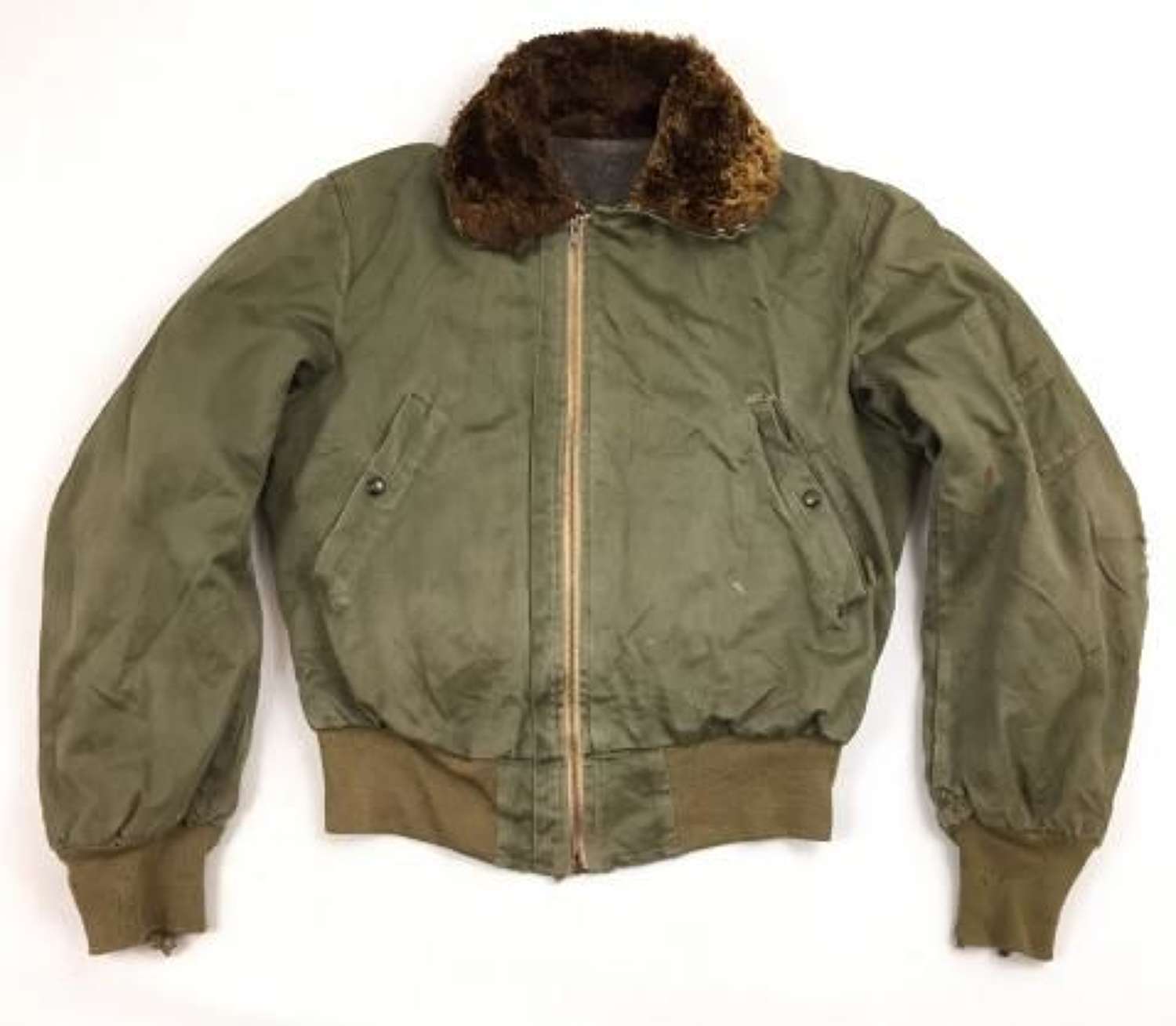 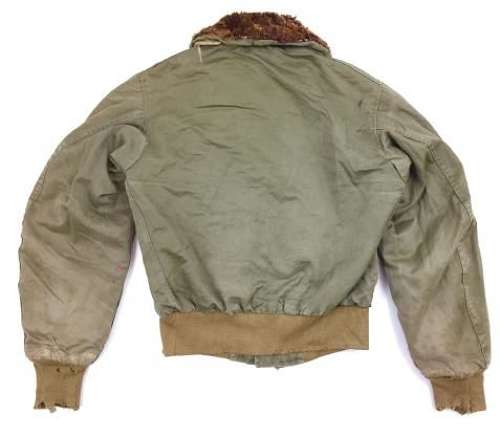 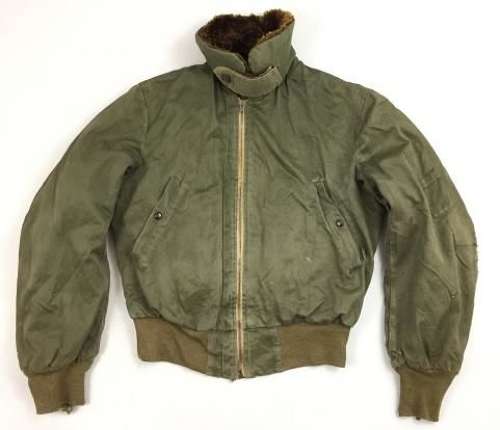 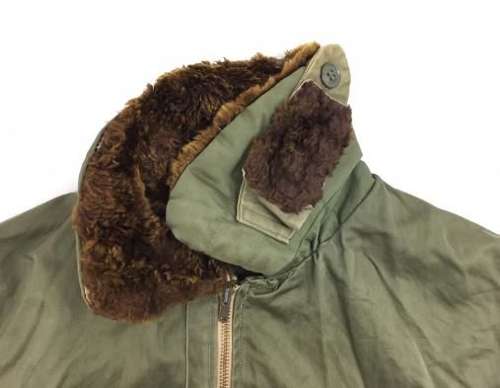 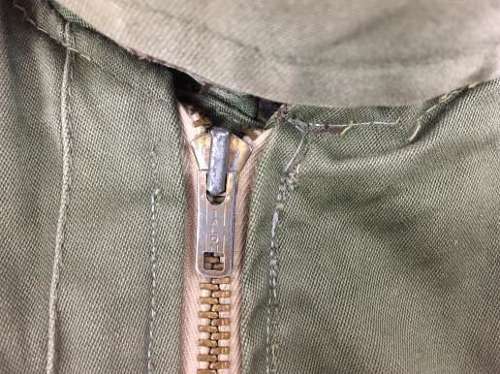 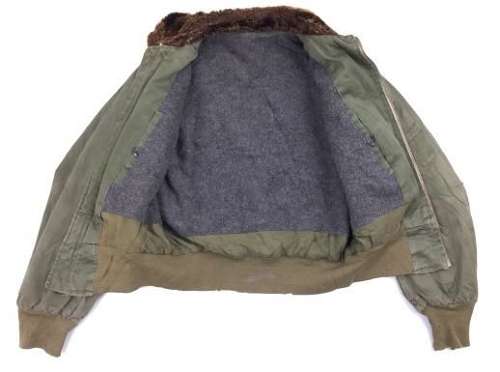 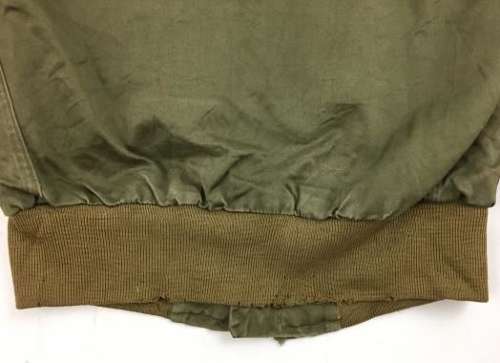 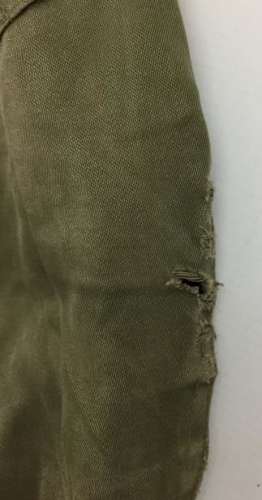 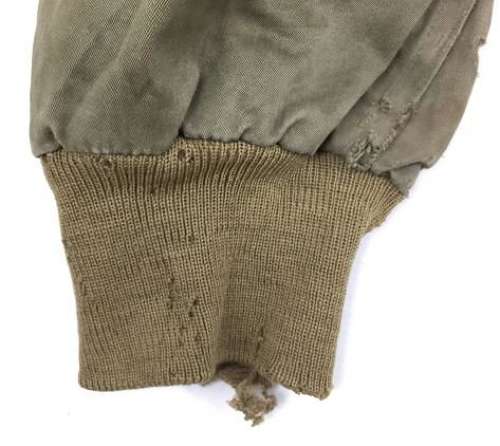 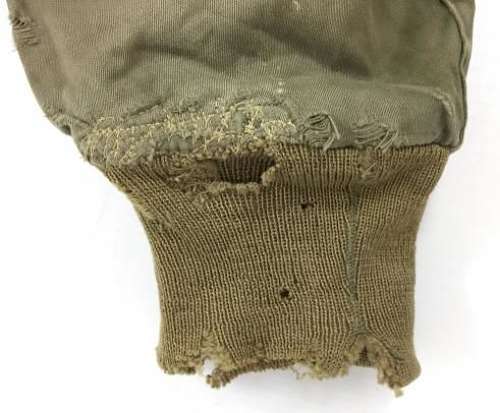 This pattern of jacket came into issue with the USAAF in 1944 replacing the earlier B-10 flying jacket and saw wide issue with American units for the rest of the war and for some years after. It is now without a doubt one of the most iconic flying jackets to have ever been made.

This example was made to the first pattern design and features a cotton-rayon green shell, an alpaca lining, a mouton collar with chin strap, two slash pockets and green knitted cuffs and waistband. Importantly the jacket features the off-set zipper which is set over to the left by an inch. Issue jackets should have the offset zip like this example as opposed to the post-war civilian manufactured examples which had a central zipper. The zipper itself is a period ‘Talon’ zipper and appears to be original to the jacket.

The overall condition of the jacket is good and it still wearable. There are a number of flaws however which are shown in the photographs and described here. The knitted cuffs and the waistband are damaged as is so often the case with these jackets. It would be possible to repair these potentially or alternatively newly manufactured examples are widely available online. There is also wear to the cotton-rayon shell, mainly around the base of the cuffs and a few other areas on the sleeve. Many of these areas were clearly repaired at the time and add to the story of the jacket. This doesn’t really affect the jacket and it certainly could be repaired if the next owner so wishes. The mouton collar also shows signs of age with some small areas of fur missing. Personally I like it as it is but have taken the damage into account with the price.

All in all a nice original flying jacket which displays well. It has a few issues which I have described and have taken into account with the price but even with this considered it is still without a doubt a great jacket. Own the original!