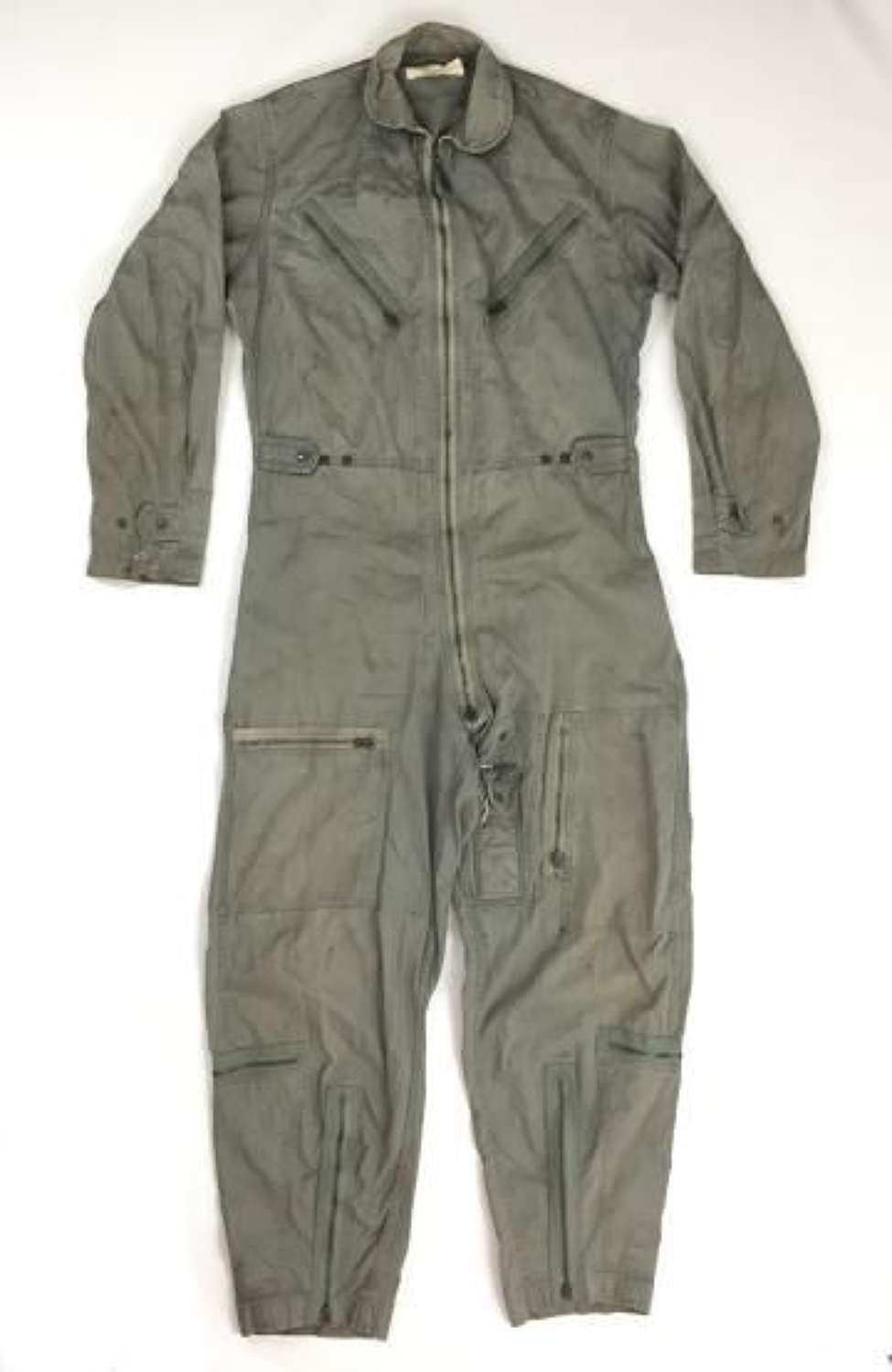 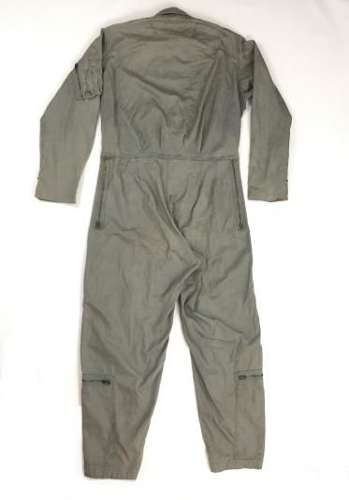 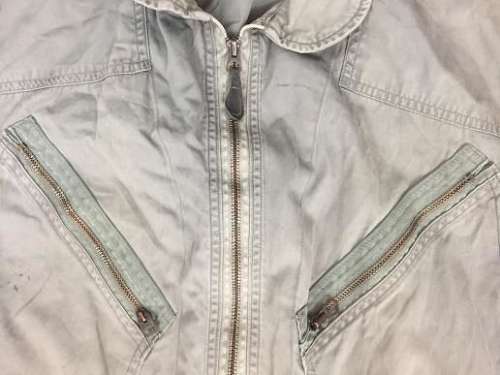 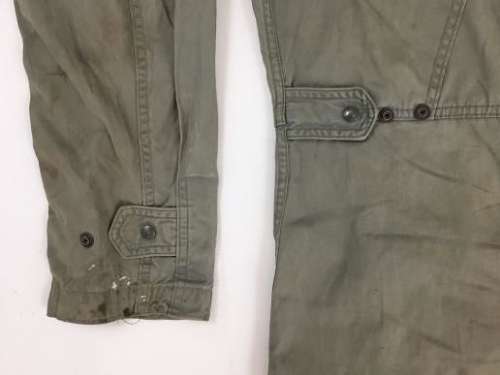 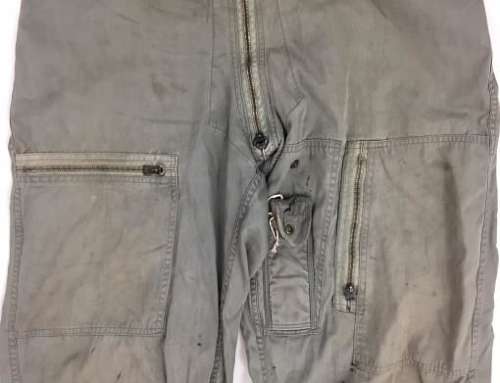 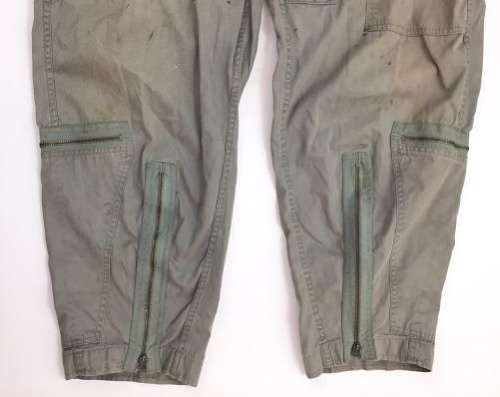 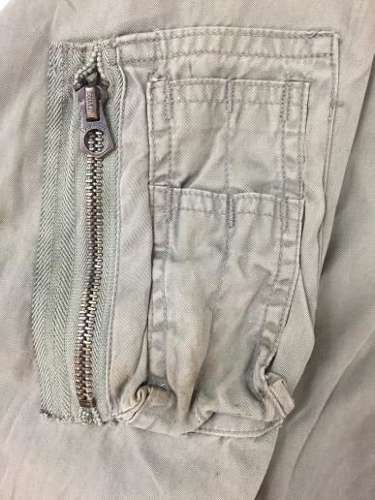 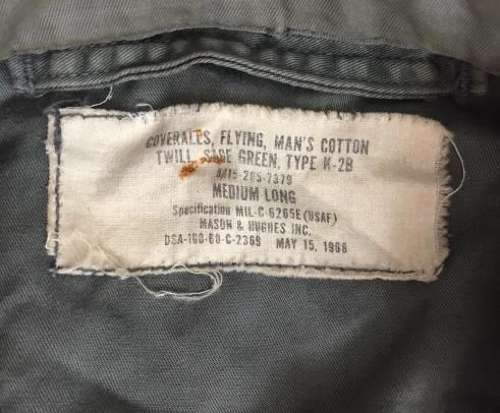 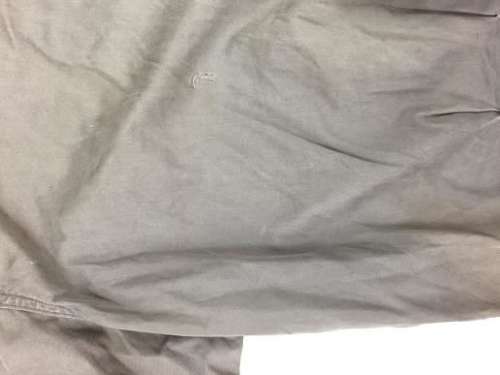 This flight suit was introduced in sage green replacing the earlier blue version used during the Korean War. It saw extensive use with Pilots of both aircraft and helicopters, Aircrew, and many other throughout the Vietnam War.

The suit is made from cotton which was not fire retardant although they were treated 'in country' with Borax solution to remedy this.

The suit features numerous Scovill brand 'Gripper' zippers all of which appear to be in working condition, as do the pop studs.

The original label is present in the neck and states the size as being medium long. It also states that the suit was made on May 15th 1968 by Mason & Hughes Inc.

The condition of the suit is good and it appears to be in strong wearable condition. There are however some stains, particularly to the cuff and one small L shape tear to the rear. All of this is photographed and reflected in the price.

Overall a nice Vietnam era flying suit in a good size with lots of character!