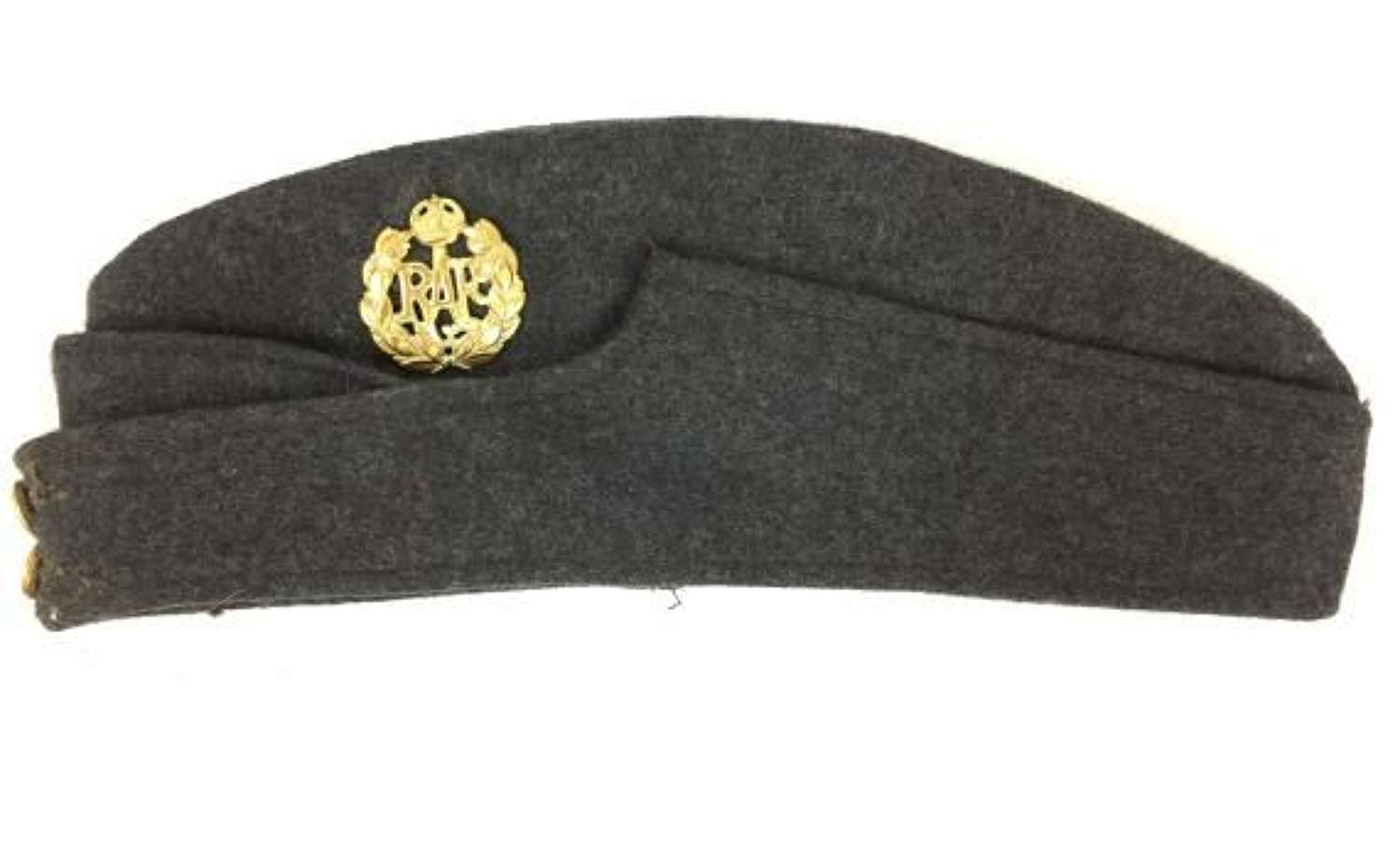 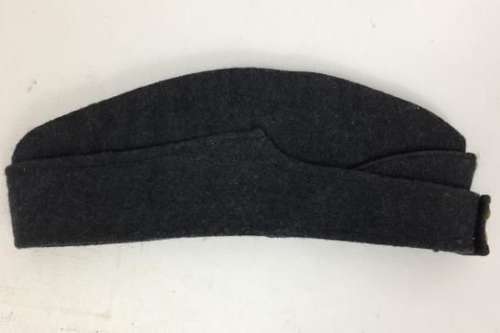 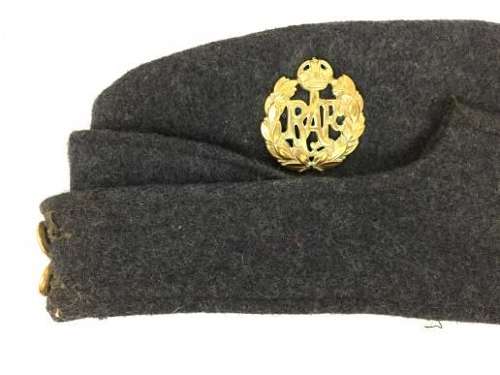 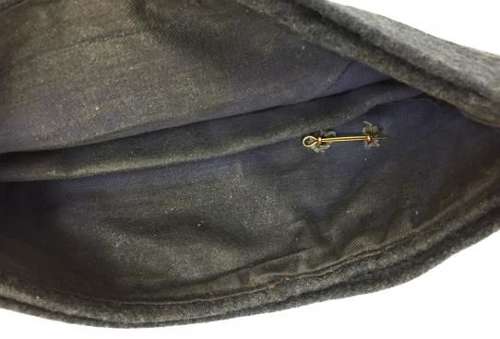 SOLD
An original Indian made RAF forage cap attributed to 3061845 Leading Air Craftsman A.D Maxwell who served in the RAF during the Second World War.

I believe the LAC Maxwell served in the Far East which ties in with the Indian forage cap well as troops fighting in this campaign were issued with a huge amount of Indian manufactured clothing and equipment.

On first studying the forage cap it does t appear to different to a British made example; however, the serge is of a lower grade, the button holes are crude and the lining is much more simple and devoid of any markings.

The interior of the cap appears to be black at first glance however the lining is indigo blue with large darker areas which are a mixture of sweat and pomade. The amount of wear is consummate with a hat worn in the hot climate of the Far East.

The overall condition of the cap is very good. Whilst the interior shows signs of being worn, the outside is very clean with no obvious staining and no signs of moth. Both original brass buttons are present to the front of the cap and a highly polished cap badge is fixed to one side.

Overall a nice example of an Indian made OA side cap. These don’t often come up for sale and are a nice addition to any RAF collection.