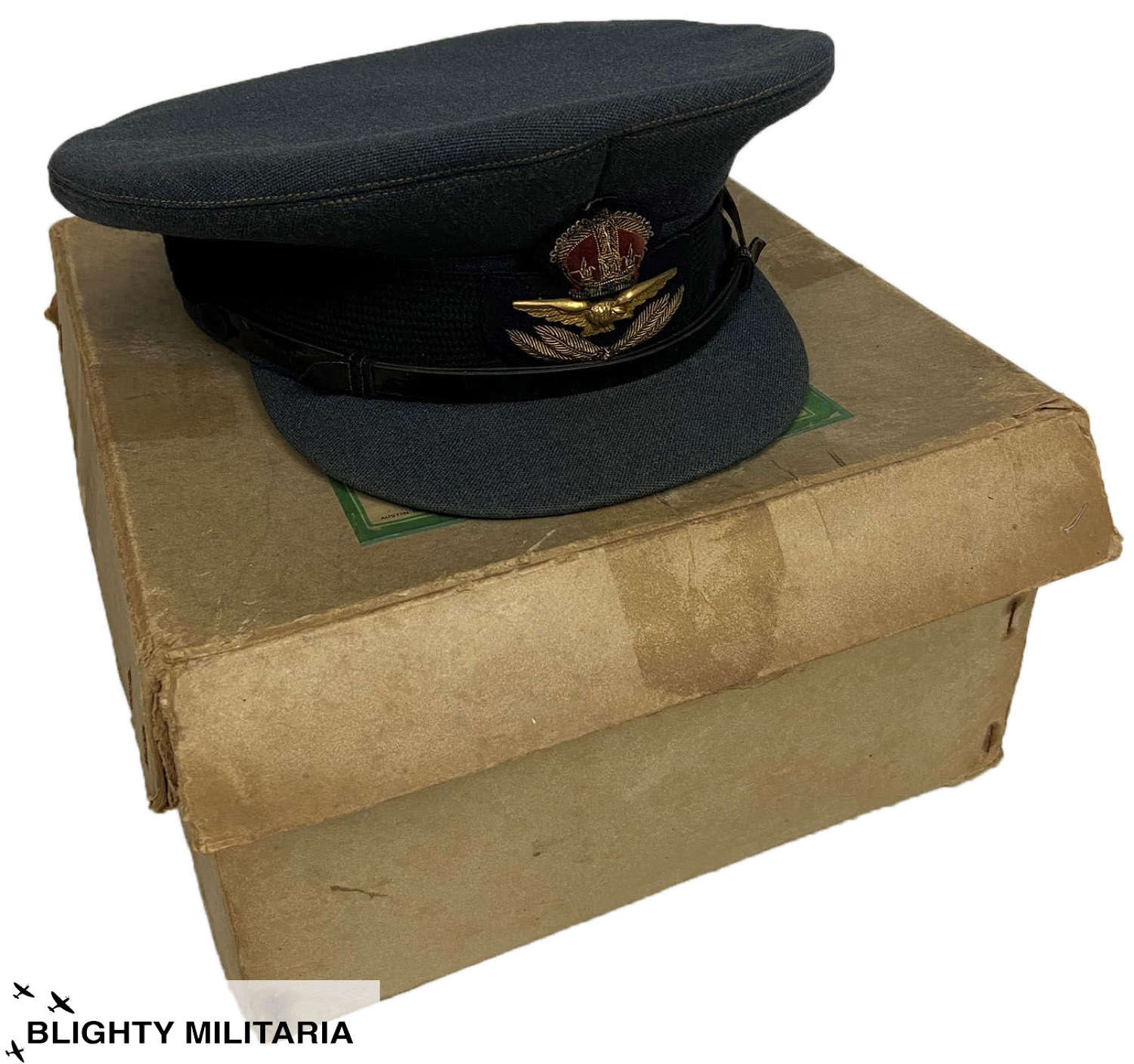 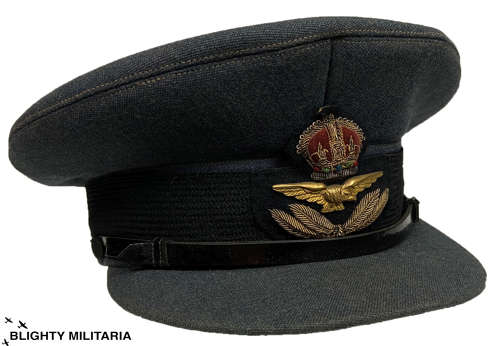 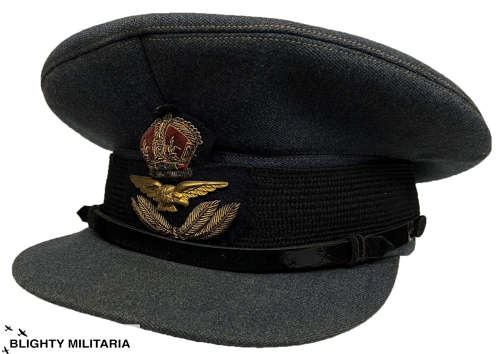 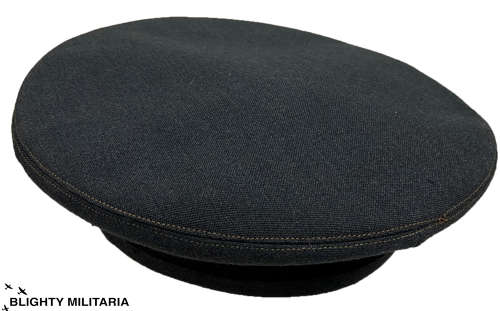 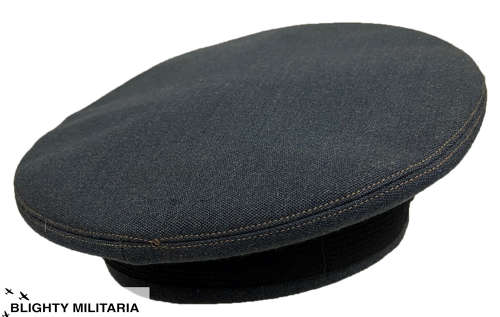 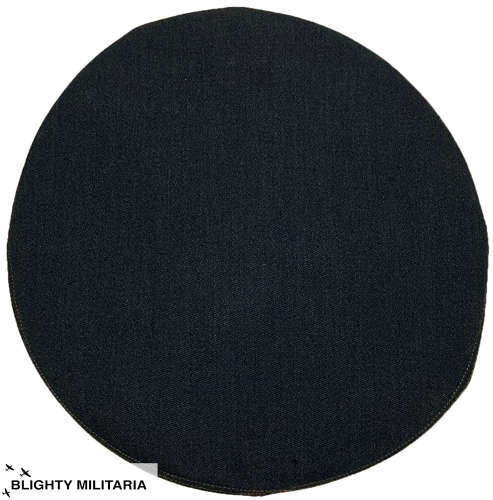 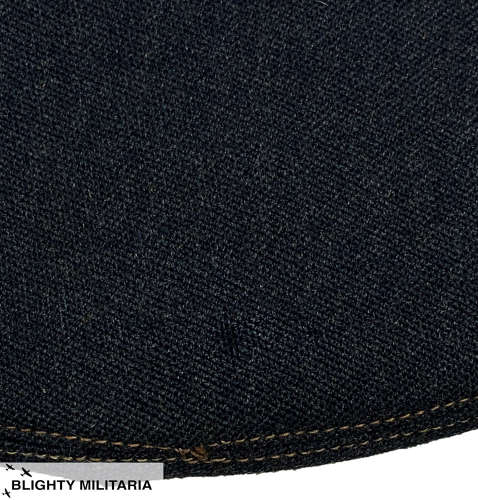 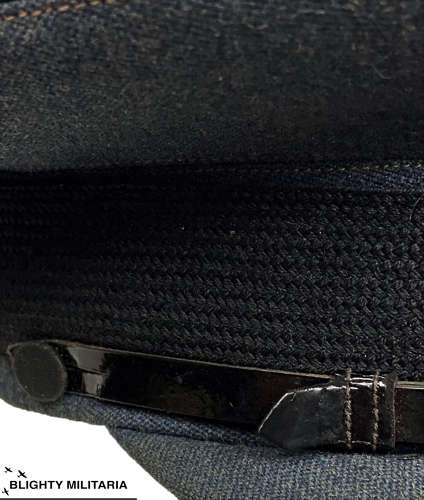 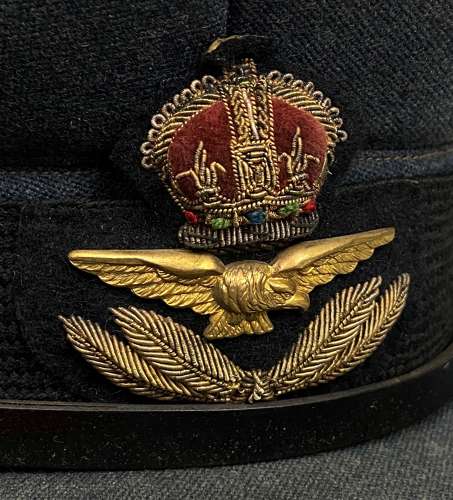 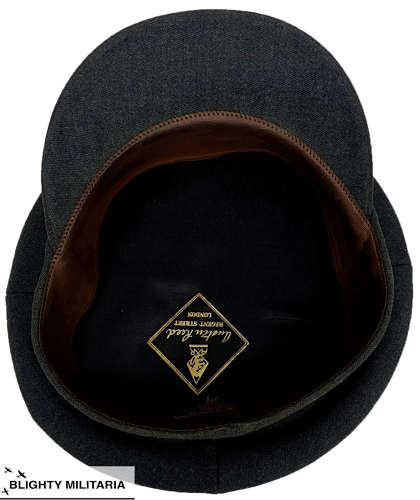 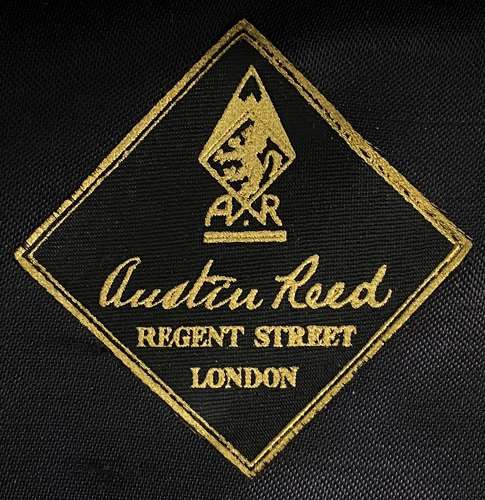 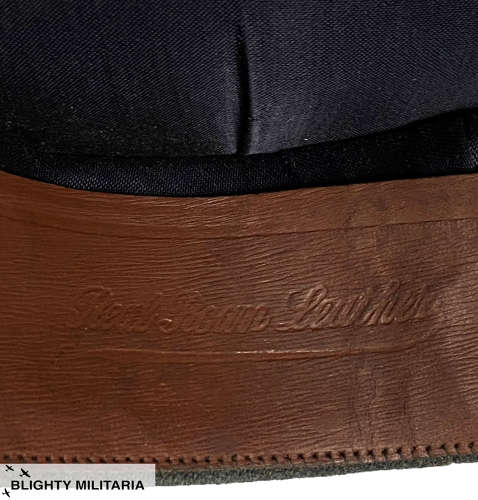 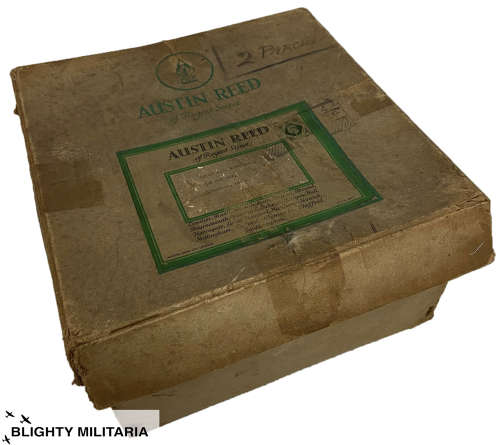 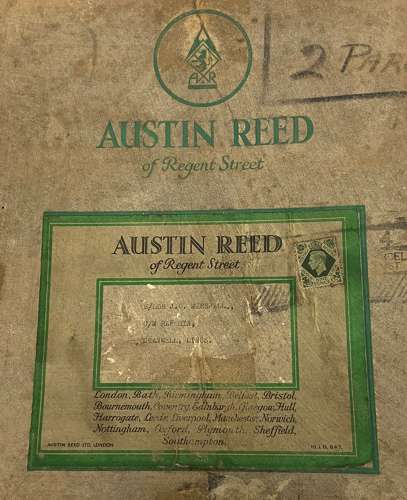 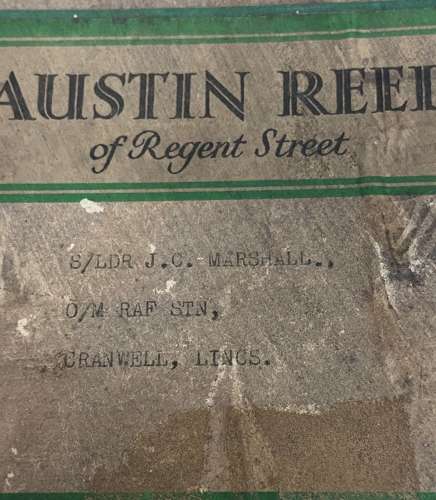 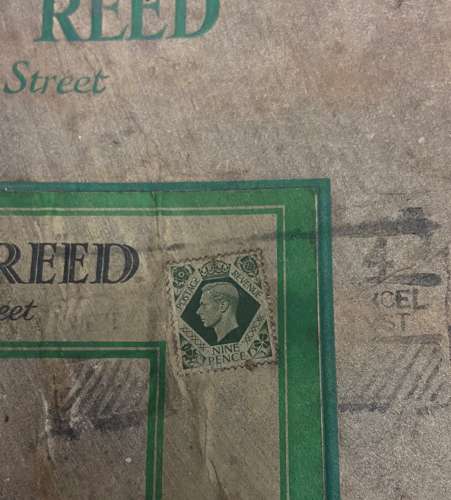 A fantastic original World War Two period RAF Officer's peaked cap made by Austin Reed and complete with its original box which is named to Squadron Leader J. C. Marshall.

Being a private purchase item it is impossible to date the cap exactly. The label in the cap however was used by Austin Reed during the war and the construction is typical of the period. The stiff shape of the crown is typical of pre-war and early war manufactured caps which may be an indication of manufacture date.

The exterior of the cap is made from the standard RAF blue coloured barathea wool which is still a deep coloured. A back mohair band is fitted around the circumference of the cap and a King's crown bullion cap badge is fitted to the front. A black patent leather chin strap is held on by two cloth covered buttons. Inside the cap features a brown leather sweatband which is marked 'Real Roam Leather' and the rest of the interior is lined. The Austin Reed logo is marked to this and is clear and bold - normally this has been worn away with wear.

The cap is in excellent condition as can be seen in the pictures. There are only limited signs of age and wear and on the whole, the hat has an extremely fresh appearance. The light coloured stitching stands out beautifully and the cap displays extremely well. There is a small flaw to the rear of the cap as detailed in picture 7 and there is minor soiling around the edge of the headband from sweat. These flaws are only noticeable on close inspection and do not detract from what is a fantastic example.

There is no size marked inside the cap but it is approximately a size 6 7/8.

The cap also comes with its original cardboard box which is in reasonable condition with various signs of wear and use. The Austin Reed logo is marked to the lid as is the original owner's name and postal address which reads 'S/Ldr J. C. Marshall, O/M RAF STN, Cranwell, Lincs'. There is also a King George VI postage stamp which was introduced in 1937.

A truly fantastic peaked cap which would be very hard to better!