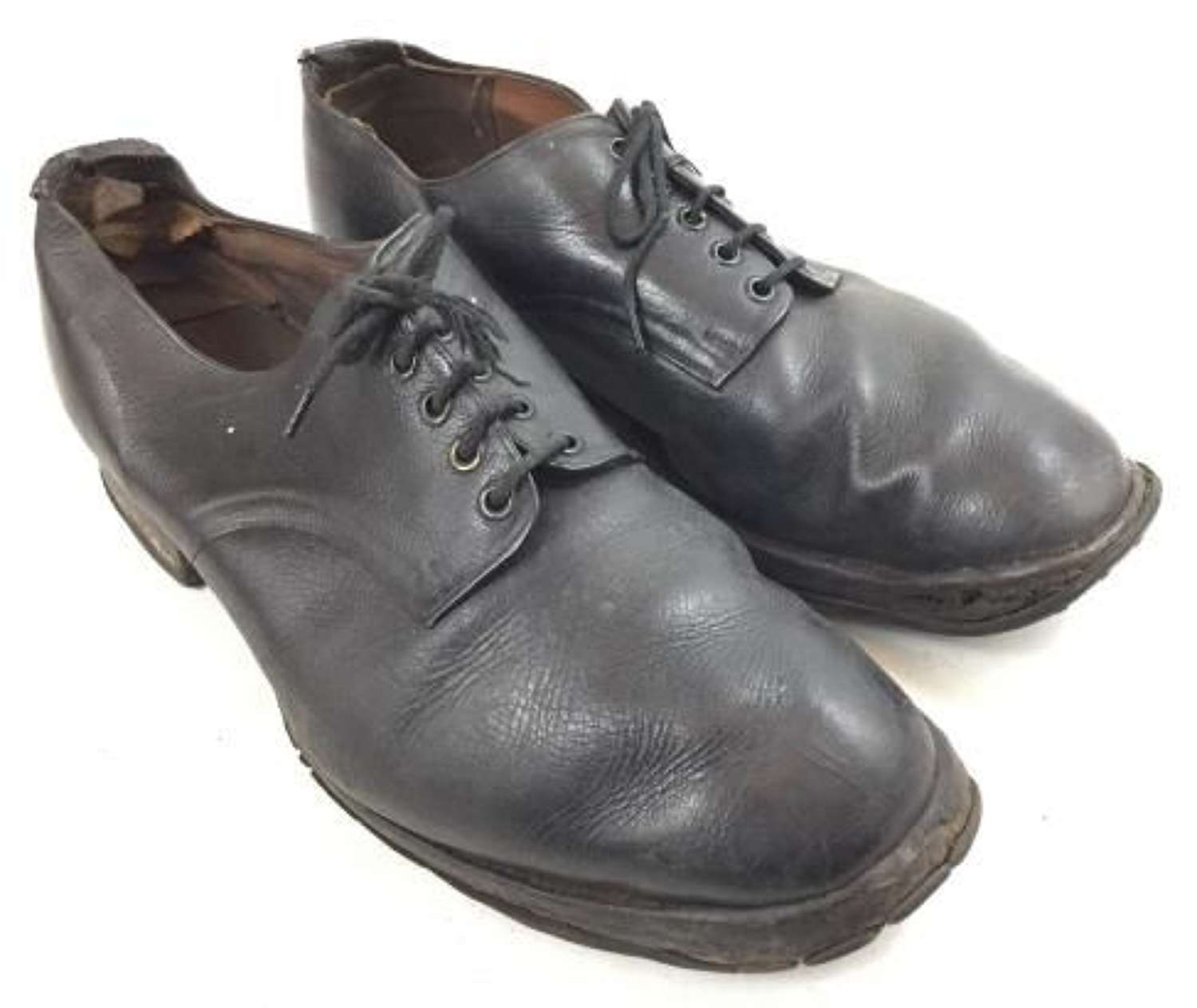 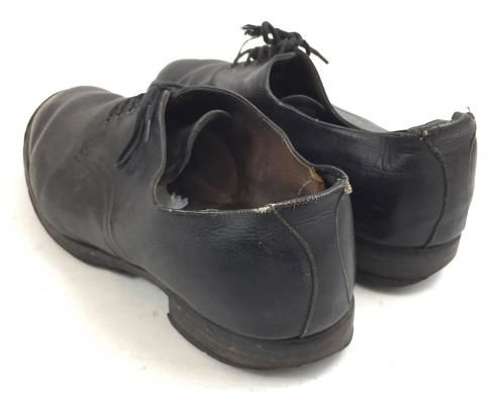 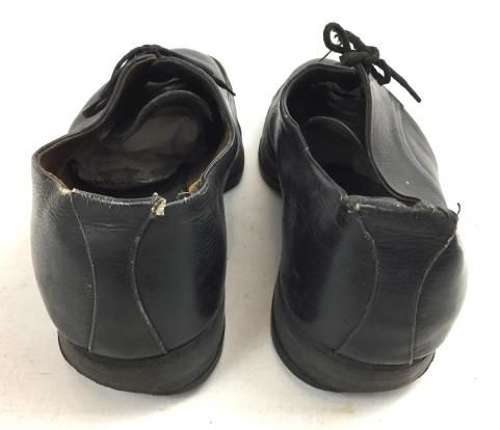 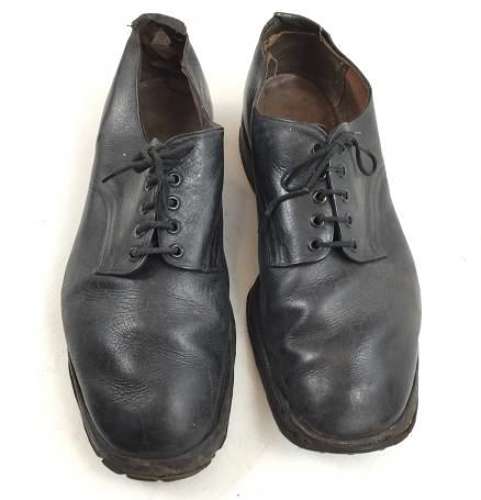 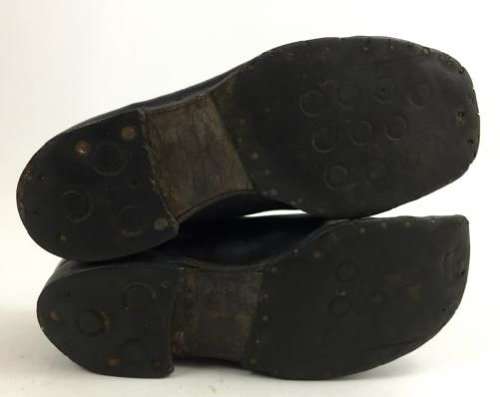 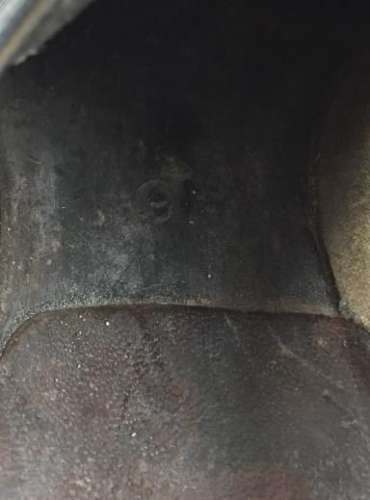 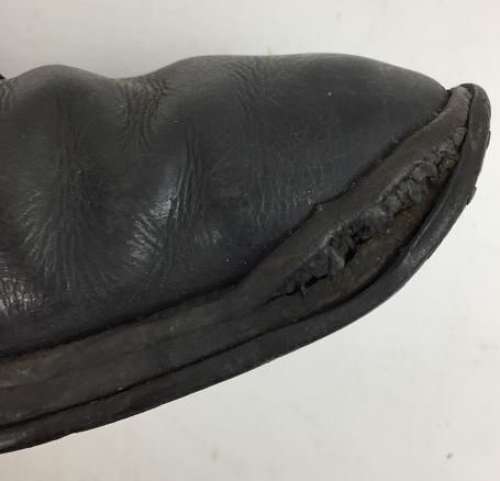 SOLD
A scarce original pair of RAF Ordinary Airman's Shoes as worn during the Second World War and in the years after.

These shoes were worn by all Airmen in the RAF up to rank of Flight Sergeant in place of the ankle boots. They look very similar to the boots and when worn with trousers it would be hard to tell the difference. They are made of the same leather and feature the same toe profile and importantly lack a toe cap.

The shoes feature 5 eyelets and a set of laces. The soles of the shoes feature a period sole protector and matching heels. The interior is leather lined and marked up as size 9. I can't see a date but they are most likely immediate post-war dated.

The condition of the shoes is not the best as can be seen from the photographs. Whilst they display OK there is some damage around the rear of the leather lining and a section of the soles is also in poor repair. I have included photographs of these issues and it has been reflected in the price.

Altogether a very rare RAF OA item which would be a great addition to any collection.