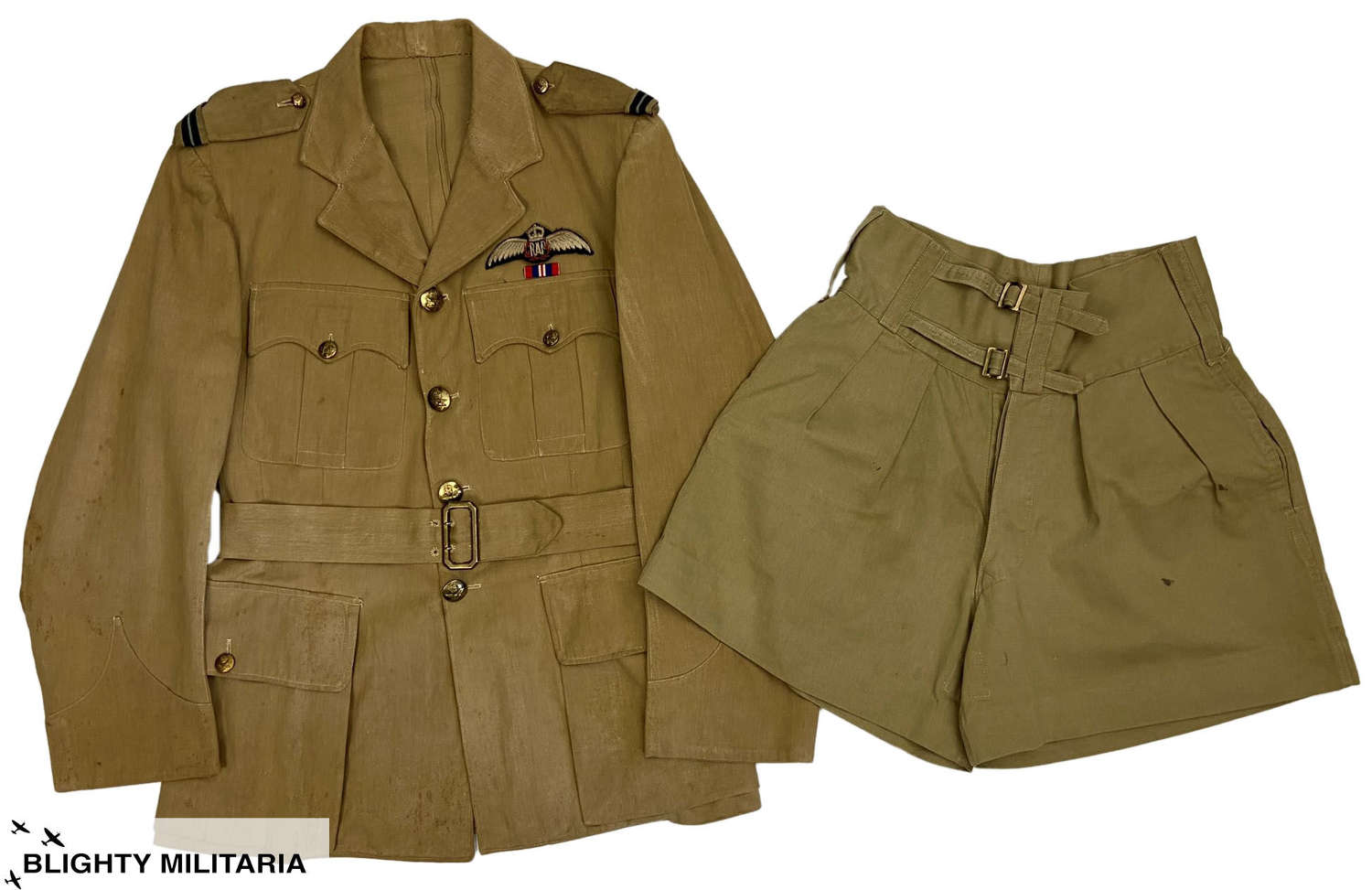 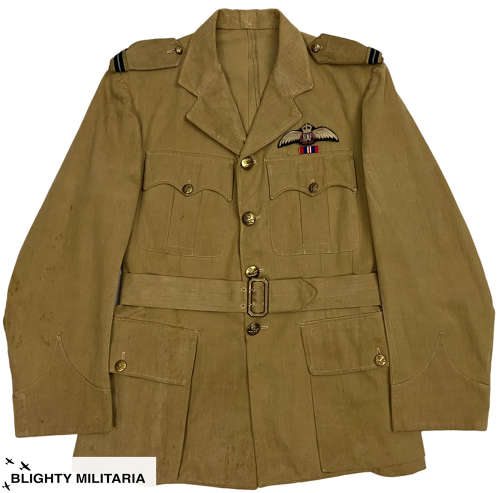 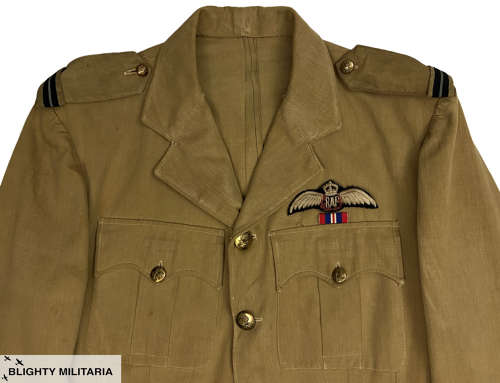 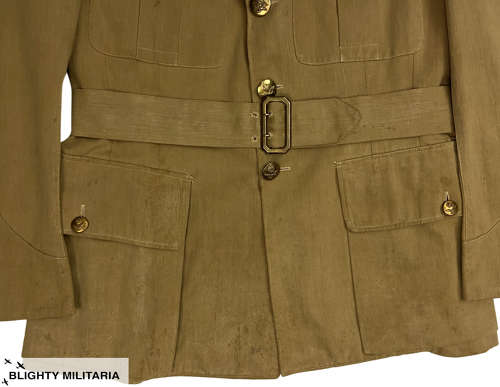 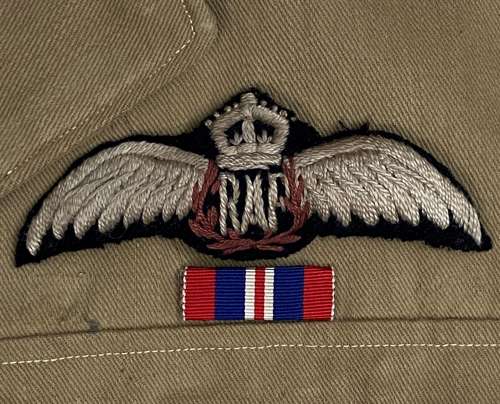 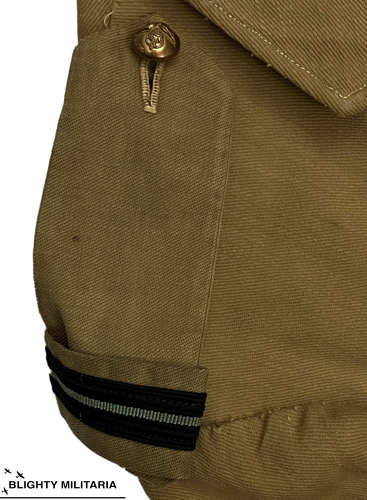 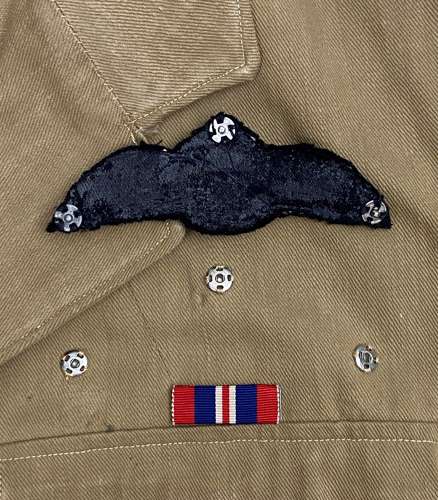 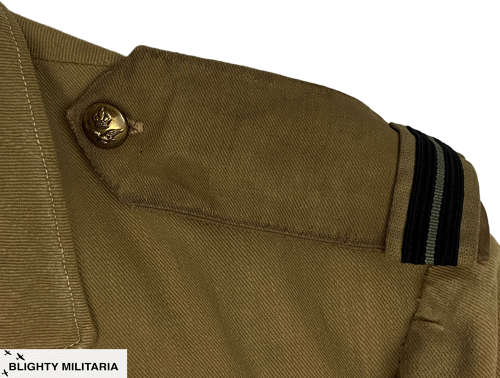 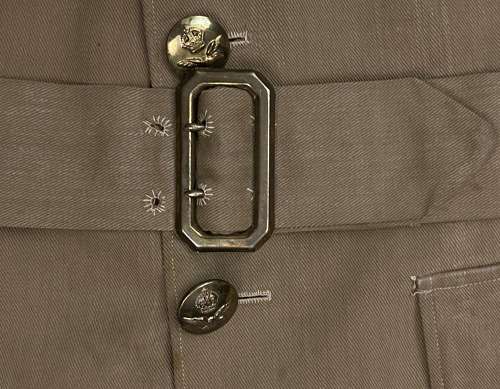 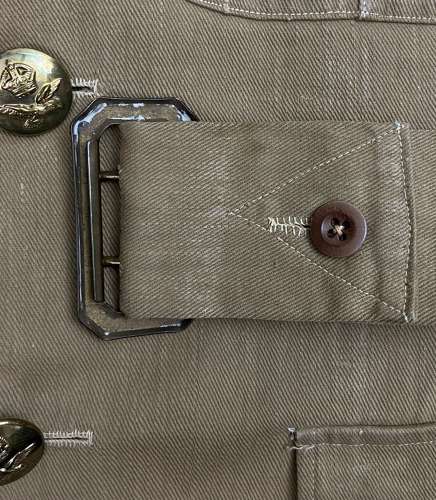 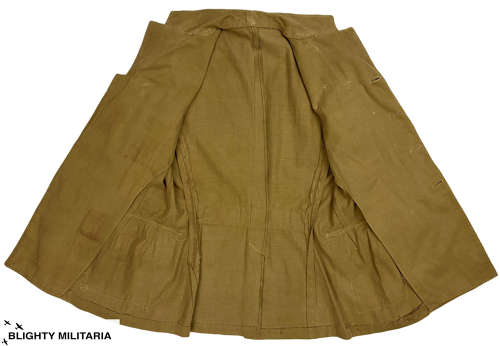 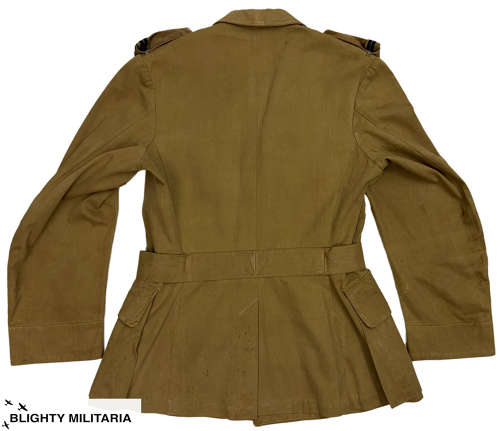 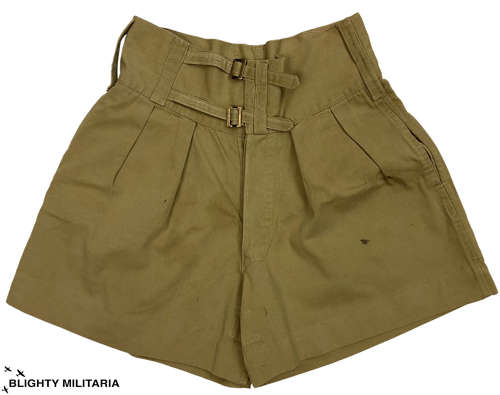 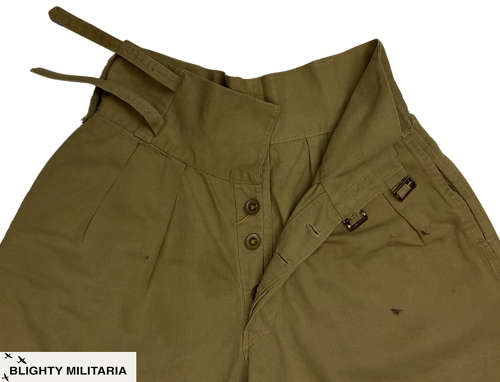 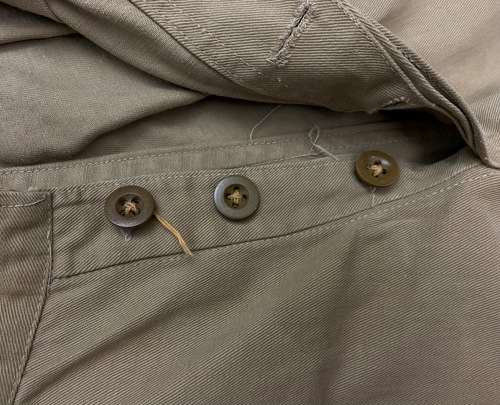 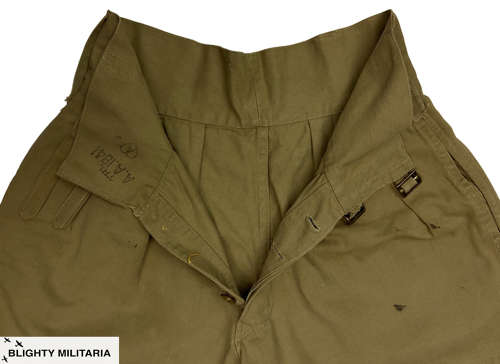 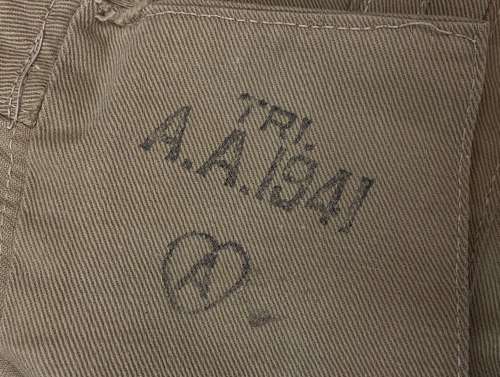 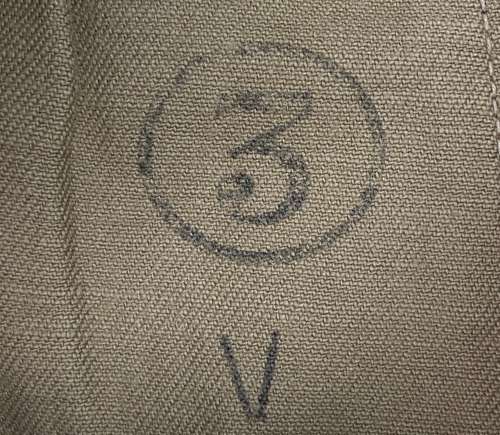 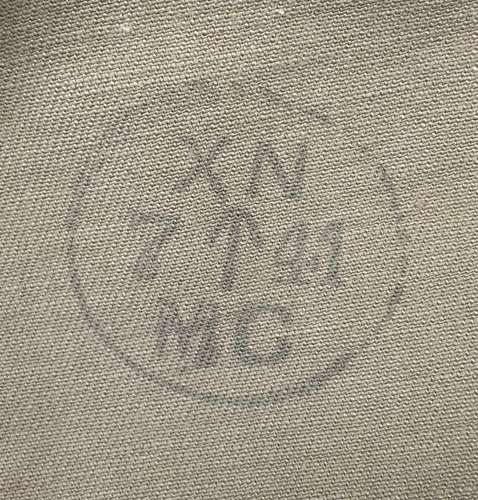 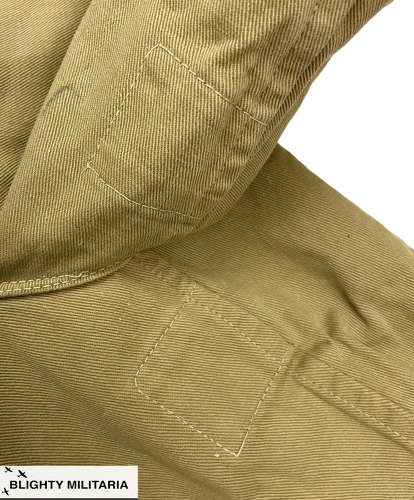 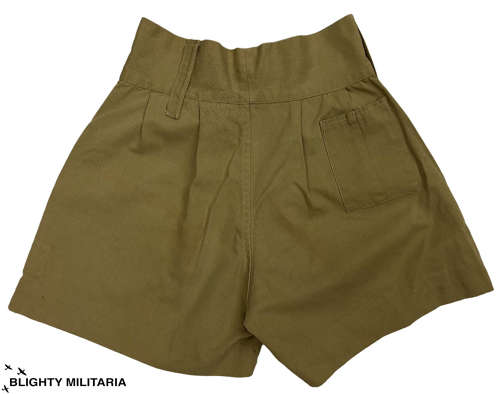 This set belonged to an unknown flying officer who was a pilot and served overseas. The jacket is a typical theatre made example which is made from a khaki coloured cotton drill. It features hand stitched buttonholes which are often encountered on theatre made items and are noticeably different to British made clothing. The pilots wing is also a theatre made example which is padded and attached to the jacket with three metal press studs. Below this is a ribbon of the War Medal which suggests that the tunic was still being worn at the end of hostilities but not before other medals were awarded. The jacket is fitted with brass King's crown buttons throughout and the buttons which are fitted to the epaulettes are rare 'ball' type buttons. The epaulettes are removable and features Flying Officer rank braid. The tunic comes complete with its original waist belt which is fitted with the correct brass double prong buckle.

The tunic was found with a pair of 1941 dated khaki drill shorts which are also theatre made. They started life as the now very rare 'Bombay Bloomer' pattern as is evident by the two square stitched sections on each inside leg which would have had a button in the centre to keep the turnup in place (picture 20). Many of these Bombay Bloomer shorts were shortened into normal shorts as is the case with this pair. The shorts feature the double buckle front and slash pockets to the hips. Inside they feature the usual Indian stamps including the circular date stamp with the date of July 1941 along with a second circular stamp which denotes the size as 3. A first field dressing pocket is located to the rear of the shorts.

Both the tunic and trousers are in good condition but do show plenty of signs of wear and use. They clearly saw plenty of wear at the time but nonetheless do display well. Both items feature some staining and marks and the shorts have had their fly buttons changed to green vegetable ivory (plastic) examples as were used on Battledress during the mid-late war period.

A fantastic original uniform which just oozes originality. From the lovely padded theatre made wing to the wear and use this really would be hard to better. A must have for the serious RAF collector!