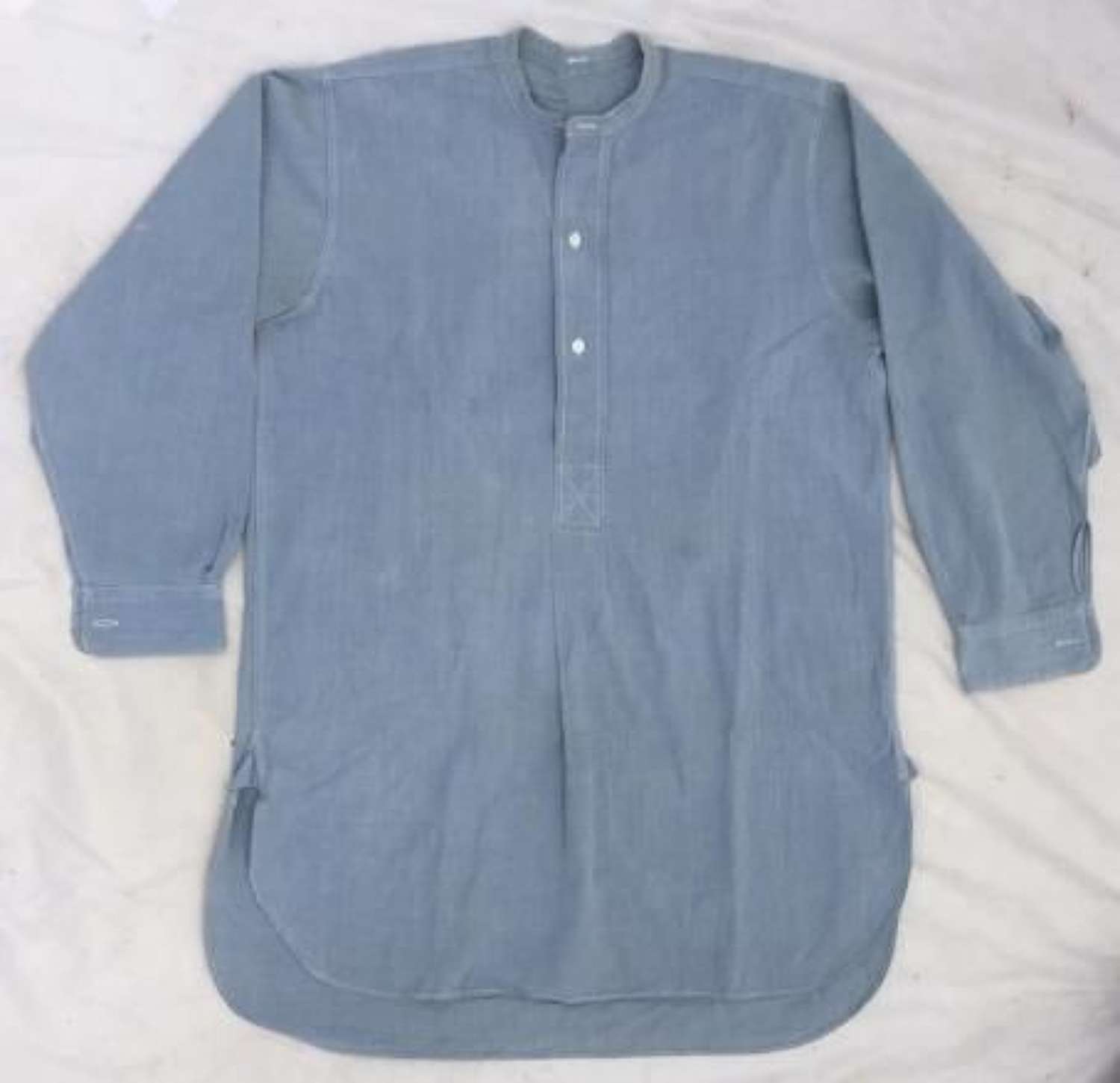 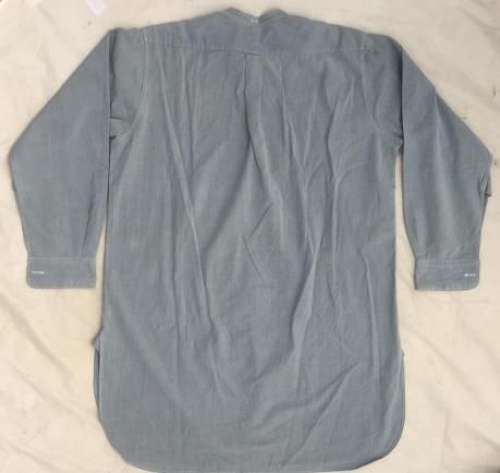 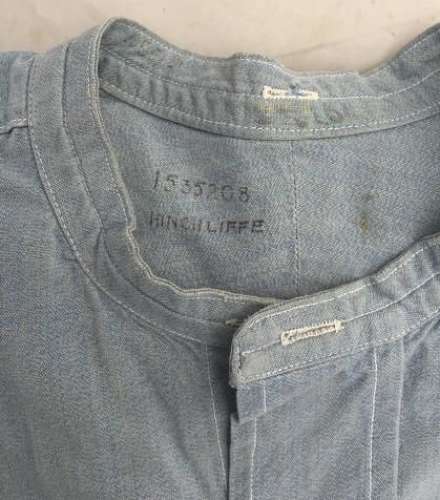 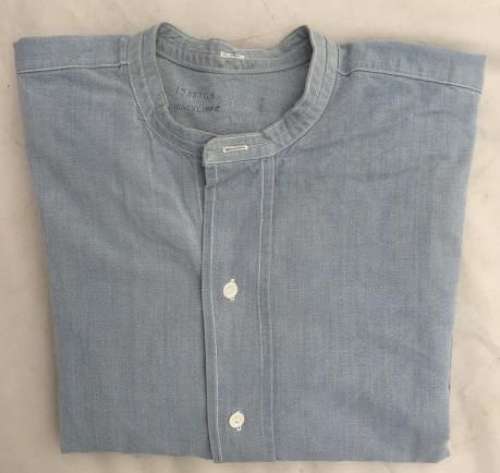 SOLD
A scarce original example of an RAF Ordinary Airman's collarless shirt as worn from before the Second World War and on into the 1950s.

This shirt is a darker blue than the RAF officers shirts which are often on the open market and are much rarer. It is the correct shirt to be worn with both the Ordinary Airman's 4 pocket tunic as well as the battledress uniform.

This particular example dates from the early part of the Second World War which can be deduced from the serial number 1535208 which is written inside and dates to 1941. The owners name 'Hinchliffe' is also written in ink inside the shirt above the serial number.

The shirt is the correct tunic-front type worn during in the Second World War. These were replaced soon after the end of hostilities with a full button front type and are now very hard to find.

The shirt is a good size and the collar is roughly a 15" possibly a bit bigger and all the original buttons are intact.

The condition of the shirt is very good for its age and it displays very nicely indeed. This shirt has been issued however so there may be marks or wear consistent with this, although none that are that obvious to me.

Overall and excellent and rare shirt from the early war period which would be ideal for any WW2 RAF Sergeant collection, or indeed ground crew impression.