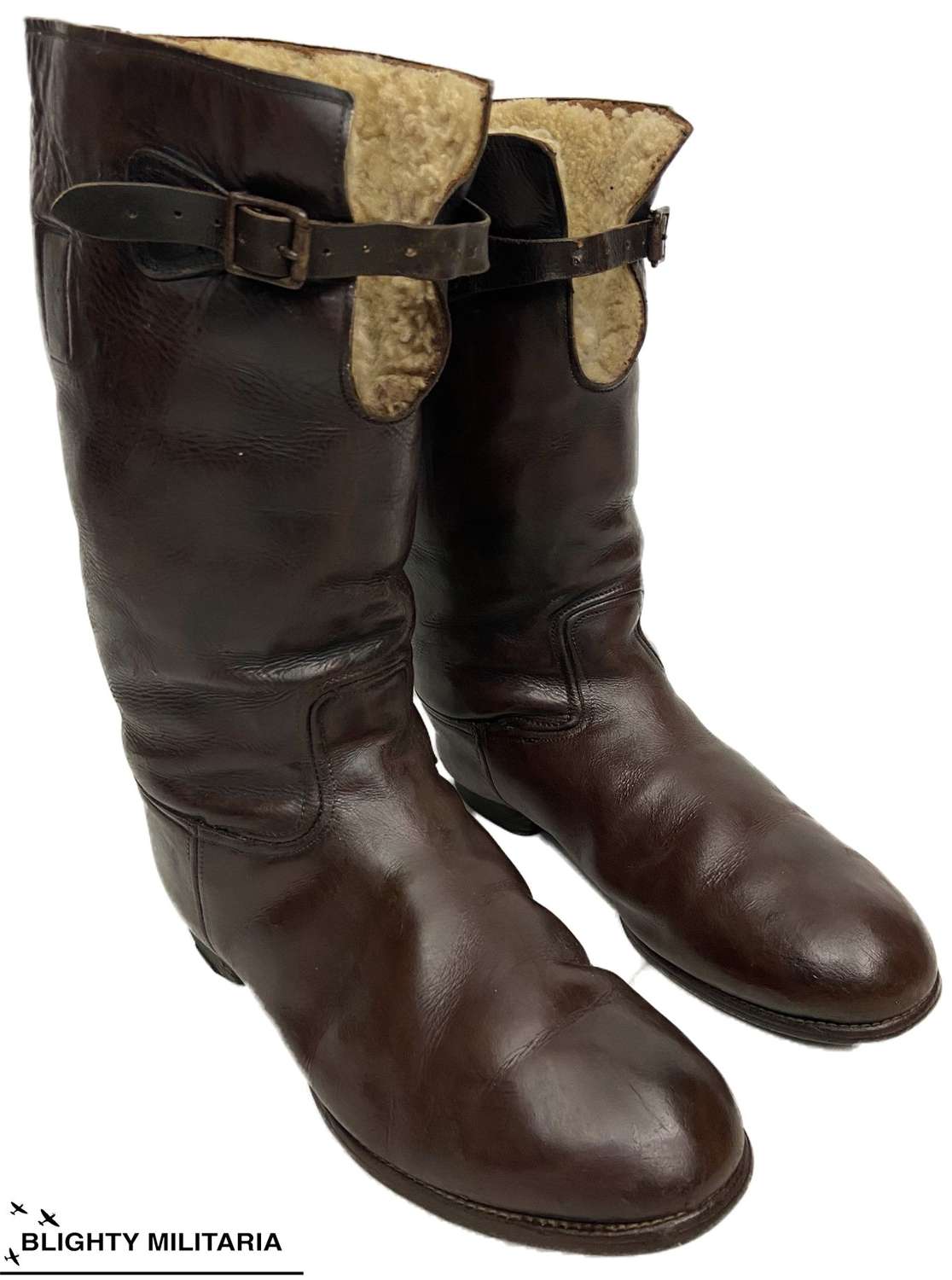 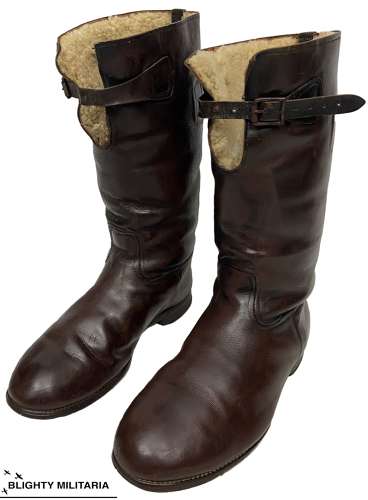 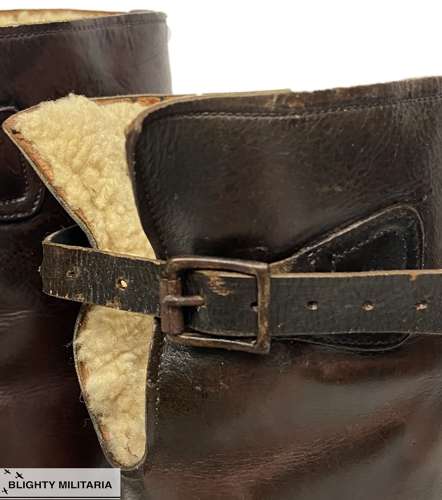 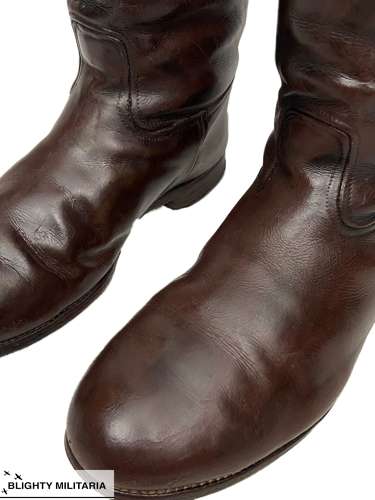 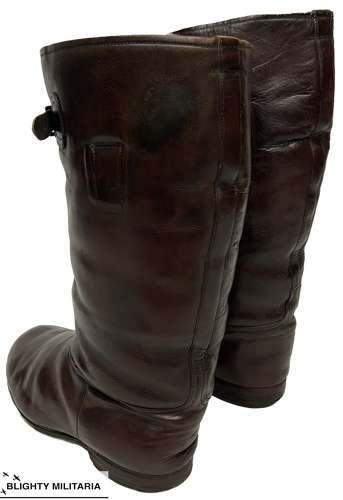 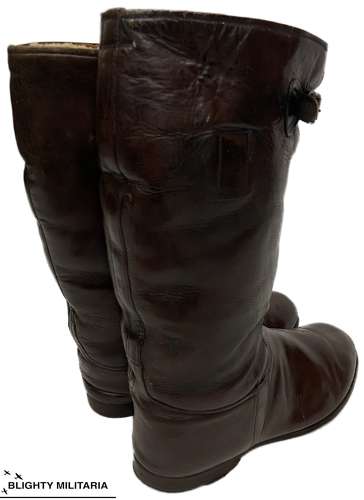 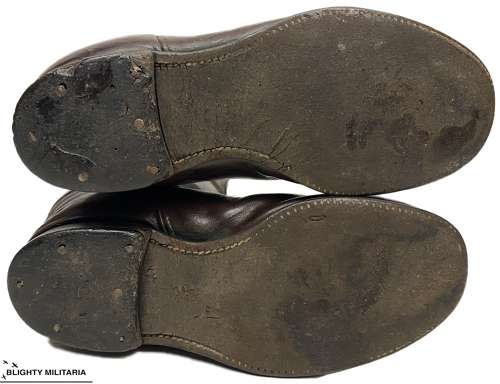 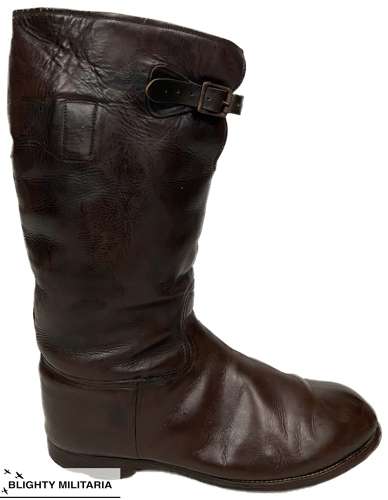 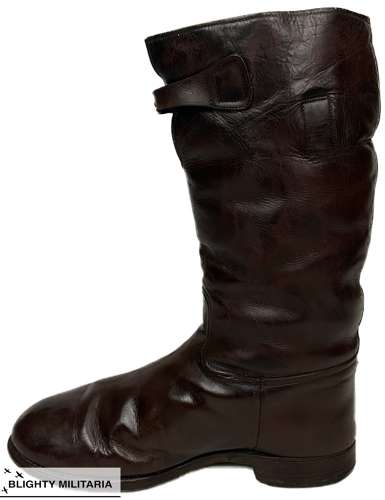 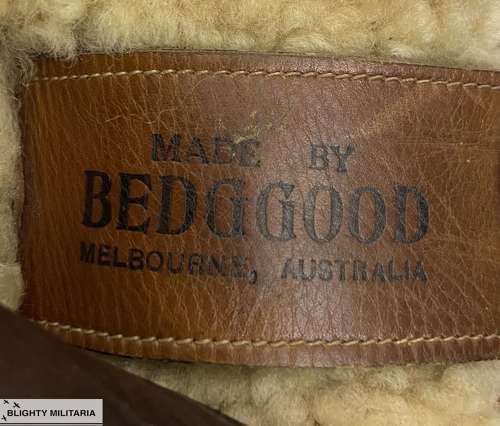 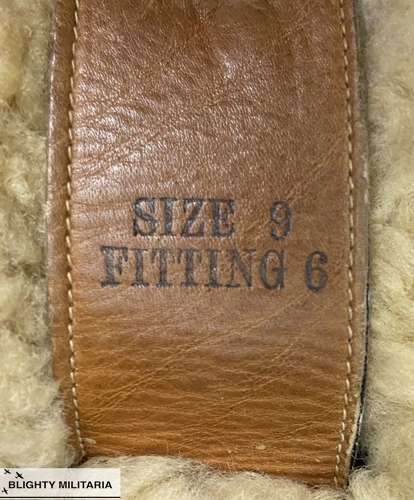 A scarce original pair of size 9 Australian made 1936 pattern flying boots by 'Bedggood'.

These boots were made in Australia by the company 'Bedggood' who were based in Melbourne and began making shoes in the Victorian era. During the Second World War they made flying boots such as these early style examples as well as the later pattern which had an extra ankle strap. The boots came in brown leather and sometimes also in black. These examples are a chestnut brown colour.

This pattern of boots saw issue with the RAAF and RAF as well as the USAAF, mainly in the Pacific Theatre and the Far East. They closely resemble the British 1936 pattern flying boot in almost every way and even feature the end on end stitching between the upper and lower sections of the boots used on British made boots. The boots feature a sheepskin lining as well as straps towards the top of the uppers which fasten with metal buckles. The leather soles are the originals, as are the rubber heels.

The boots are maker marked inside on the pull tabs, as is usual with these boots. There is one tab on each side of the boots interior used when pulling the boots on. The first reads 'Bedggood' and the other states the size as 9 with a width fitting of 6.

This particular pair of boots display nicely and are in good condition on the whole. They show signs of wear and age but don't have any serious flaws or issues. Most of the sheepskin lining is still intact with some small areas missing around the top and some loose pieces etc. The soles and heels are the originals and appear to be solid. Please take time to study the pictures before purchasing and bear in mind that they are vintage, pre-owned boots which have small flaws commensurate with age.

A scarce pair of Wartime boots which are highly sought-after by collectors today!