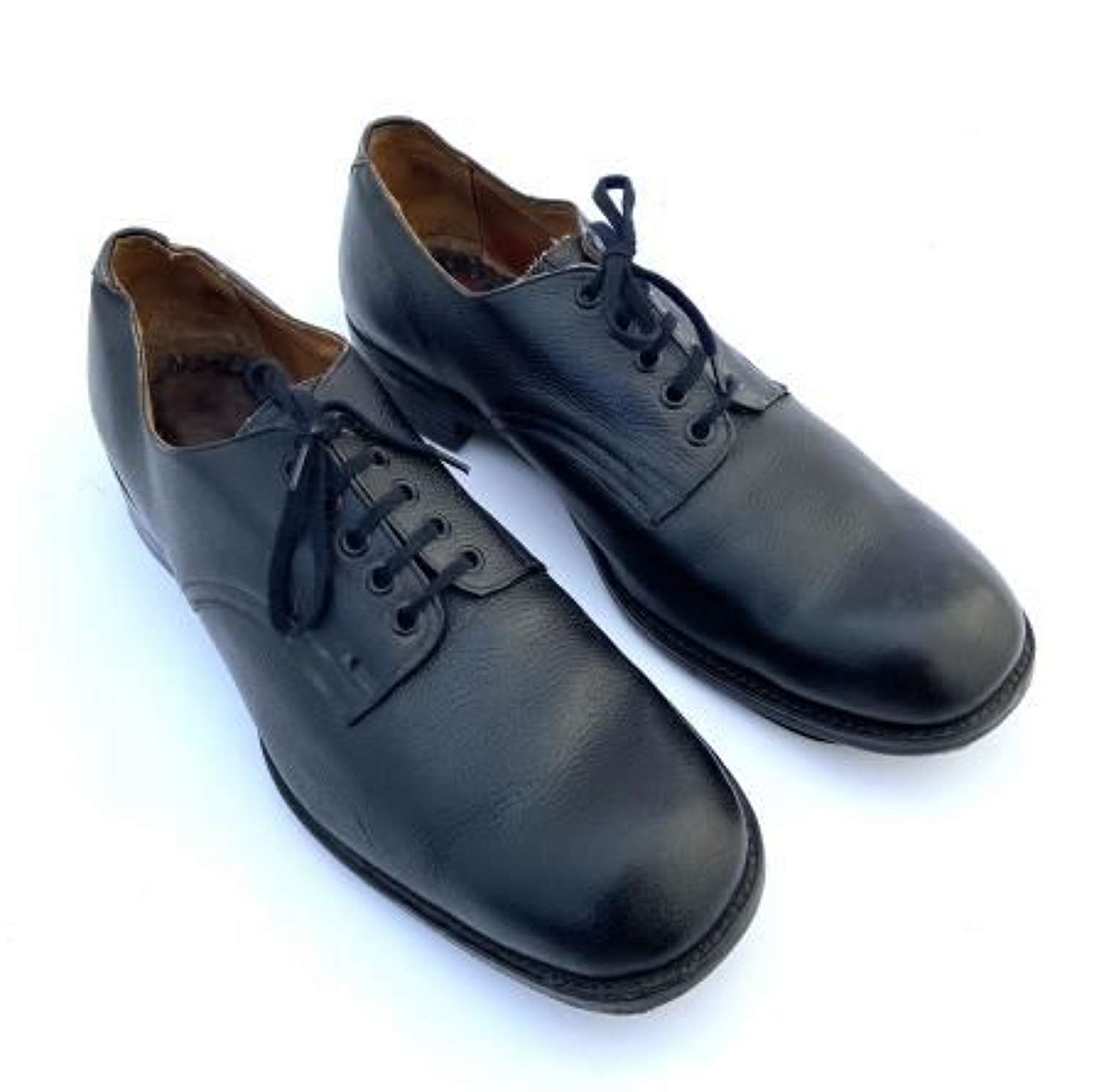 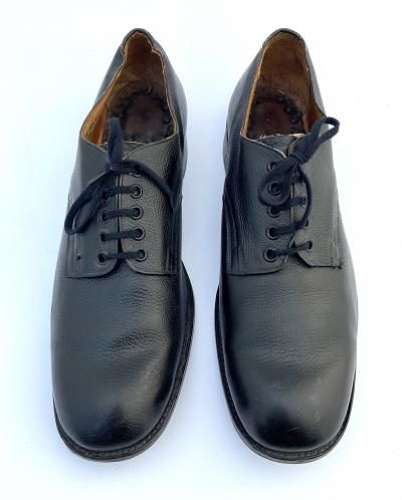 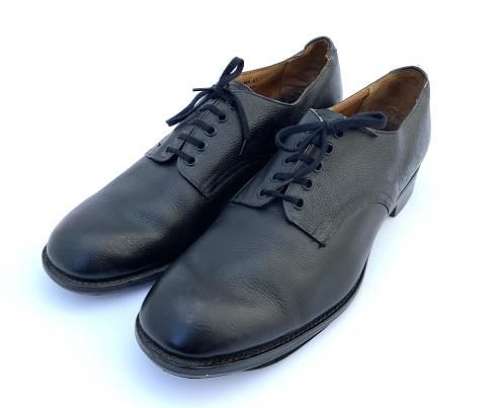 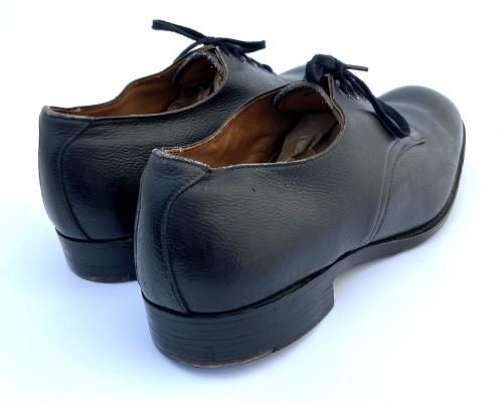 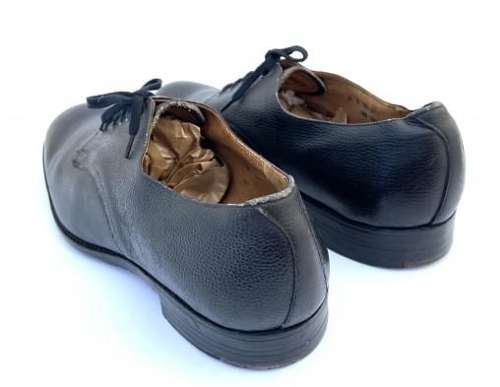 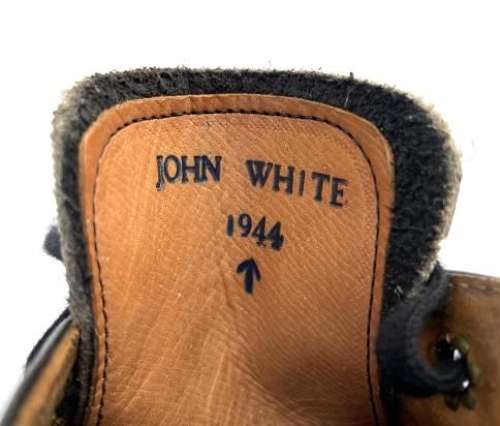 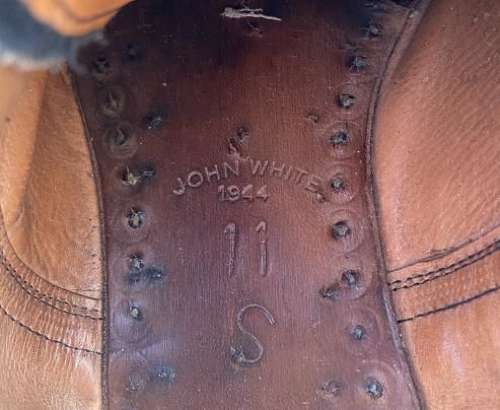 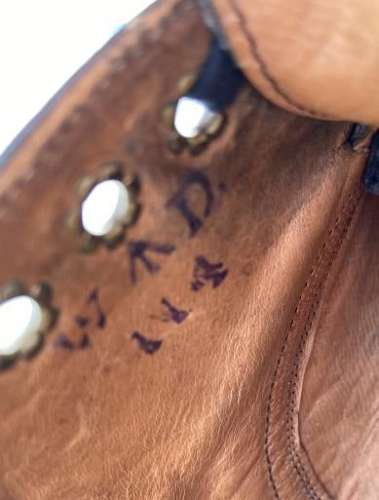 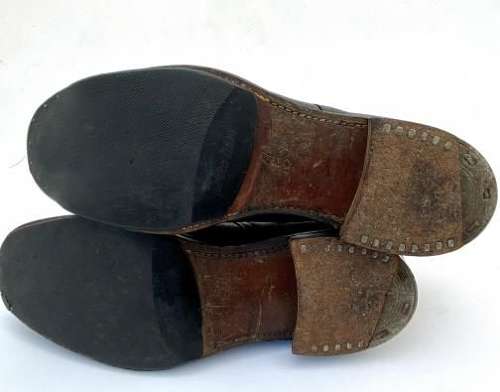 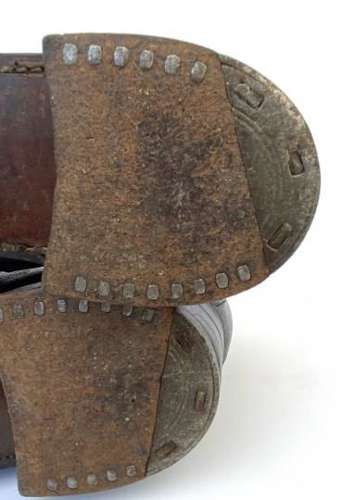 These rare shoes are the patten worn by all non commissioned men in the RAF during the Second World War. This includes those serving with ground crews as well as Sergeant aircrew and Sergeant pilots. They would have been worn for 'walking out' as well as for working and flying. Period photos show that some airmen preferred these to flying boots.

The construction is typical of the era. The shoes are made from a black pebbled leather and feature a leather lining and leather sole. The heels feature a metal 'Blakey' heel and a period sole protector has been added.

The shoes have a variety of markings to the interior. The reverse of the tongue bears the manufacturers name 'John White' as well as the 1944 date and the War Department broad arrow. The insoles also bear the manufacturer and date as well as the size which is 11S. A War Department WD broad arrow marking is also present to the interior as is another stamp pertaining to size and last details.

The shoes are in excellent condition and do not appear to have seen much use. The glue which holds on the sole protector has dried out on one of the shoes but the nails around the toe are keeping it in place. Aside from that they display very well indeed.

A very rare pair of original wartime RAF shoes which many collections are surely missing. These are a must have for the serious RAF collector without a shadow of a doubt!