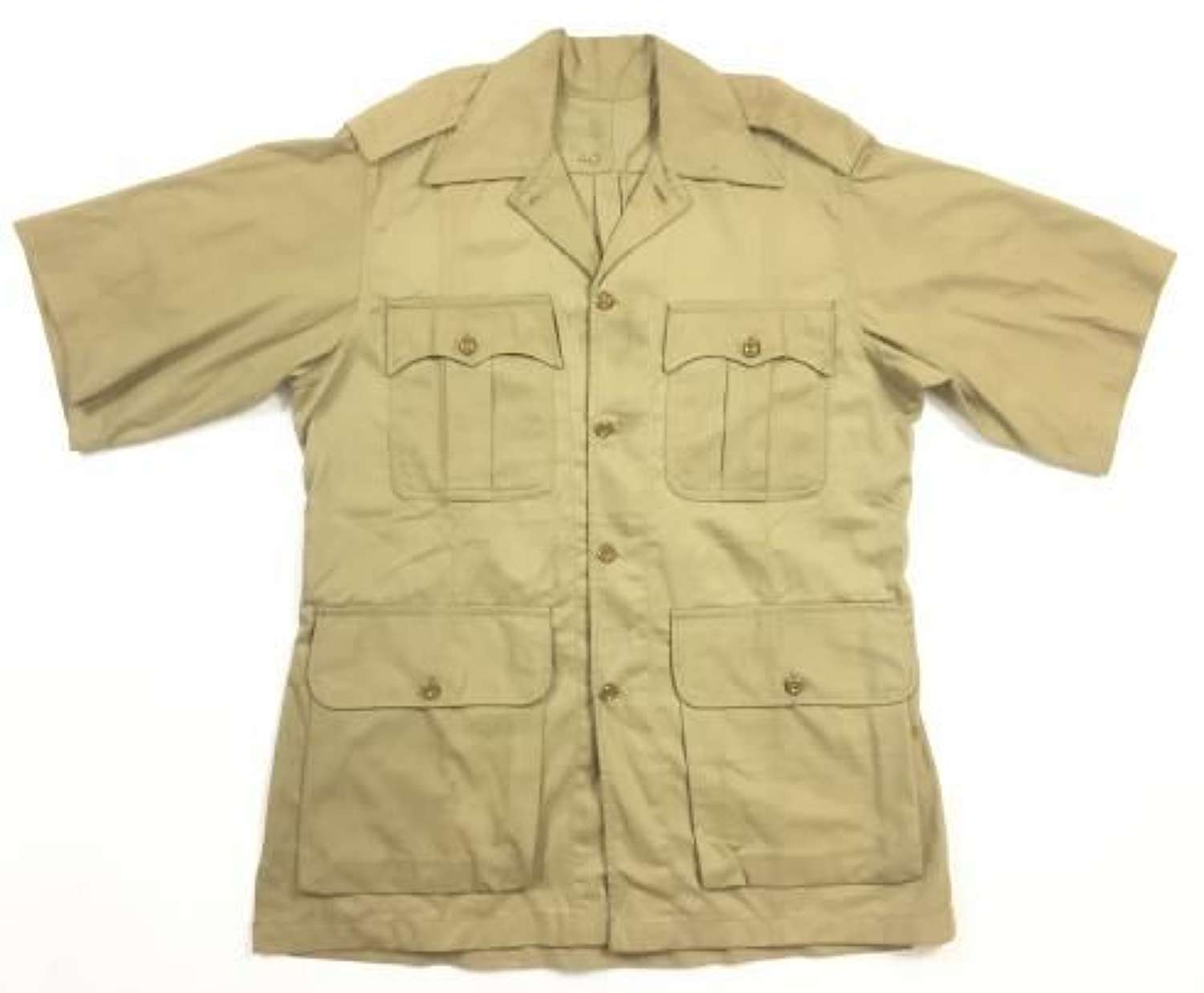 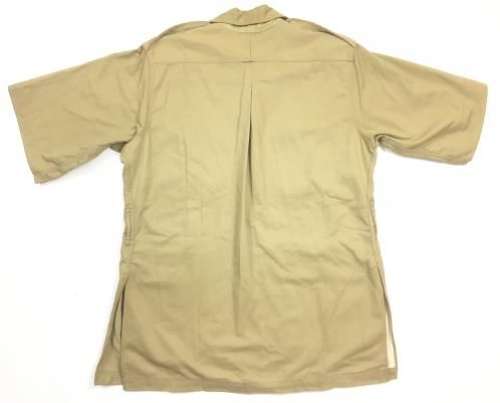 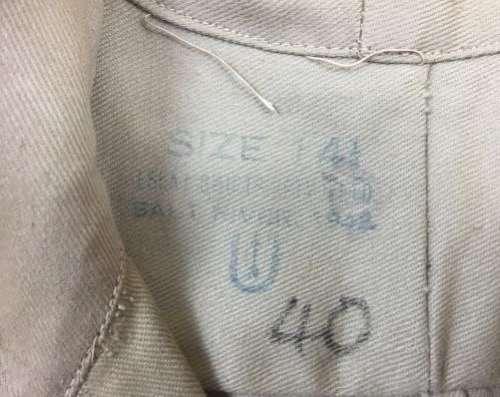 This early war tunic was made for an Officer in the RAF featuring RAF style scalloped pockets and no holes on the epaulettes or collar for badges which an army issue tunic would have. Best described as a bush jacket, this original item features short sleeves and an open faced collar.

The buttons appear to be original to the tunic and are stitched next to machined holes which can be used to secure removable buttons. It was common for members of the RAF to remove the original buttons and add RAF Brass buttons to tunics such as this as they could be removed for washing.

Inside the tunic is clearly dated 1942 and also features the South African War Department broad arrow which is surround by a U. It also states the size as being 14 1/2 (reference to the neck size) but as this would be worn open it is really irrelevant.

The tunic is also marked 40 inside which almost certainly denotes the size. Overall, the size appears to be quite generous, particularly in the waist.

There are belt loops on each hip for a waist belt but none is included in the sale of this rare jacket. I do have the correct RAF buckles for the belt and can include one for an extra £5.

Overall, a very rare early RAF tunic with a nice clear date which would compliment and WW2 RAF collection without a doubt.