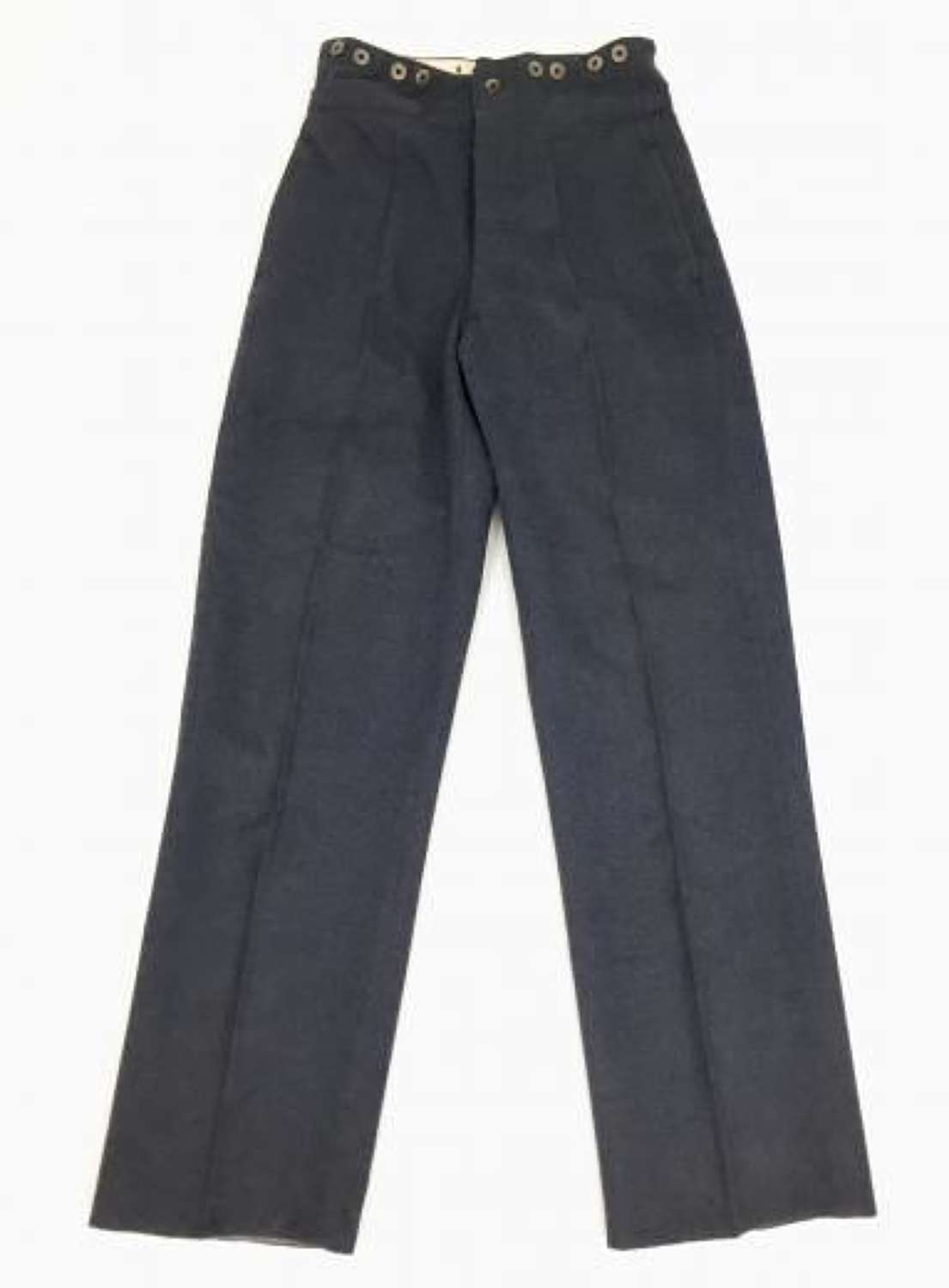 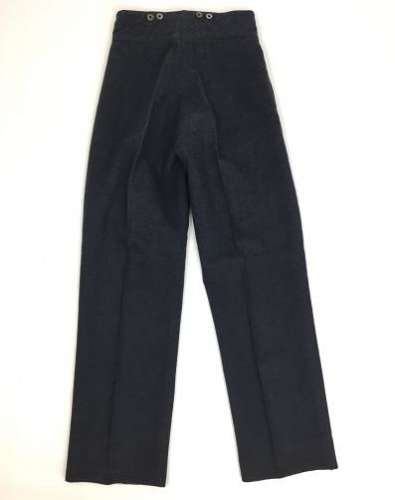 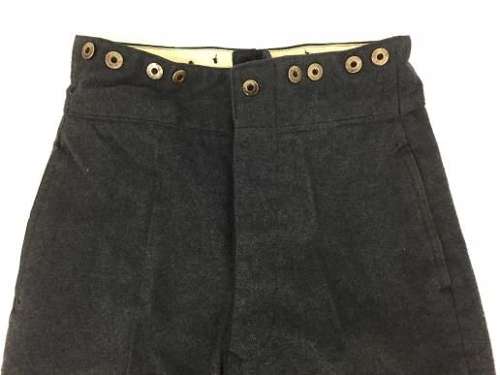 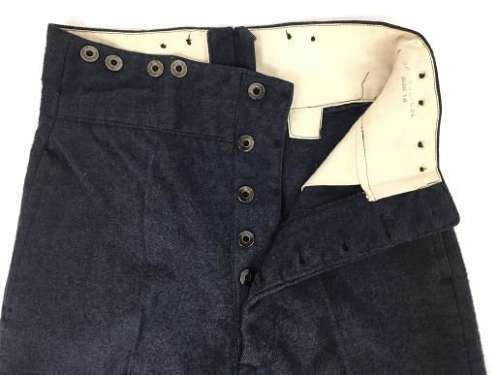 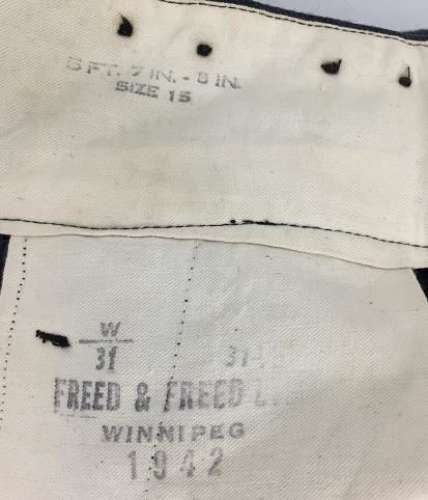 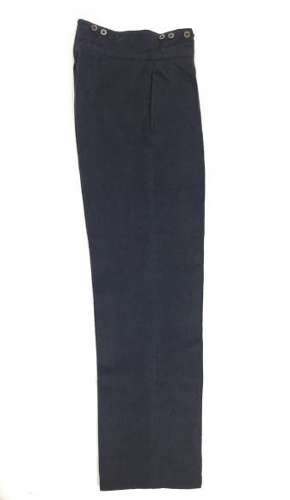 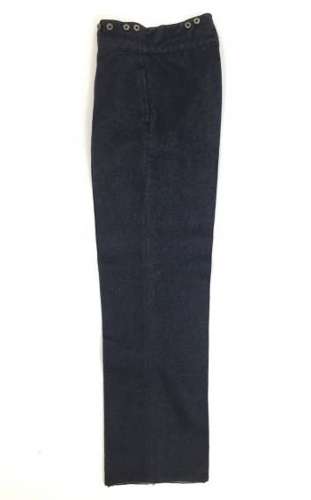 SOLD
A scarce original pair of 1942 dated Canadian made Royal Canadian Air Force with early metal buttons as worn with both the aircrew blouse and the four pocket OA tunic.

These trousers are typical of Canadian made items with the painted metal Canadian buttons and darker RAF blue Canadian serge. The white lining and internal stamps are also common traits of Canadian manufactured items.

The trousers are similar to RAF OA in cut but rather than featuring a fishtail back these are cut straight across and have double the number of buttons, very similar to Great War trousers infact. The top fly button is also reversed on Canadian made trousers such as these which is another interesting feature.

Inside the trousers are stamped with the makers name, size and 1942 date. All the stamps are still nice and clear today and the size stated will fit up to a 31" waist and a 31" inside leg. This said, the inside leg actually measures at 33"!

The condition of the trousers is very good as can be seen in the pictures. Whilst the trousers have clearly been worn, they have been looked after and have perhaps been a pair of 'best' trousers.

These came along with the other items listed below which belonged to LAC Maxwell who served in the RAF throughout the Second World War.

Overall an excellent example of a rare pair of Canadian made trousers which would be ideal for a tall re-enactor or as part of an RAF/RCAF collection.