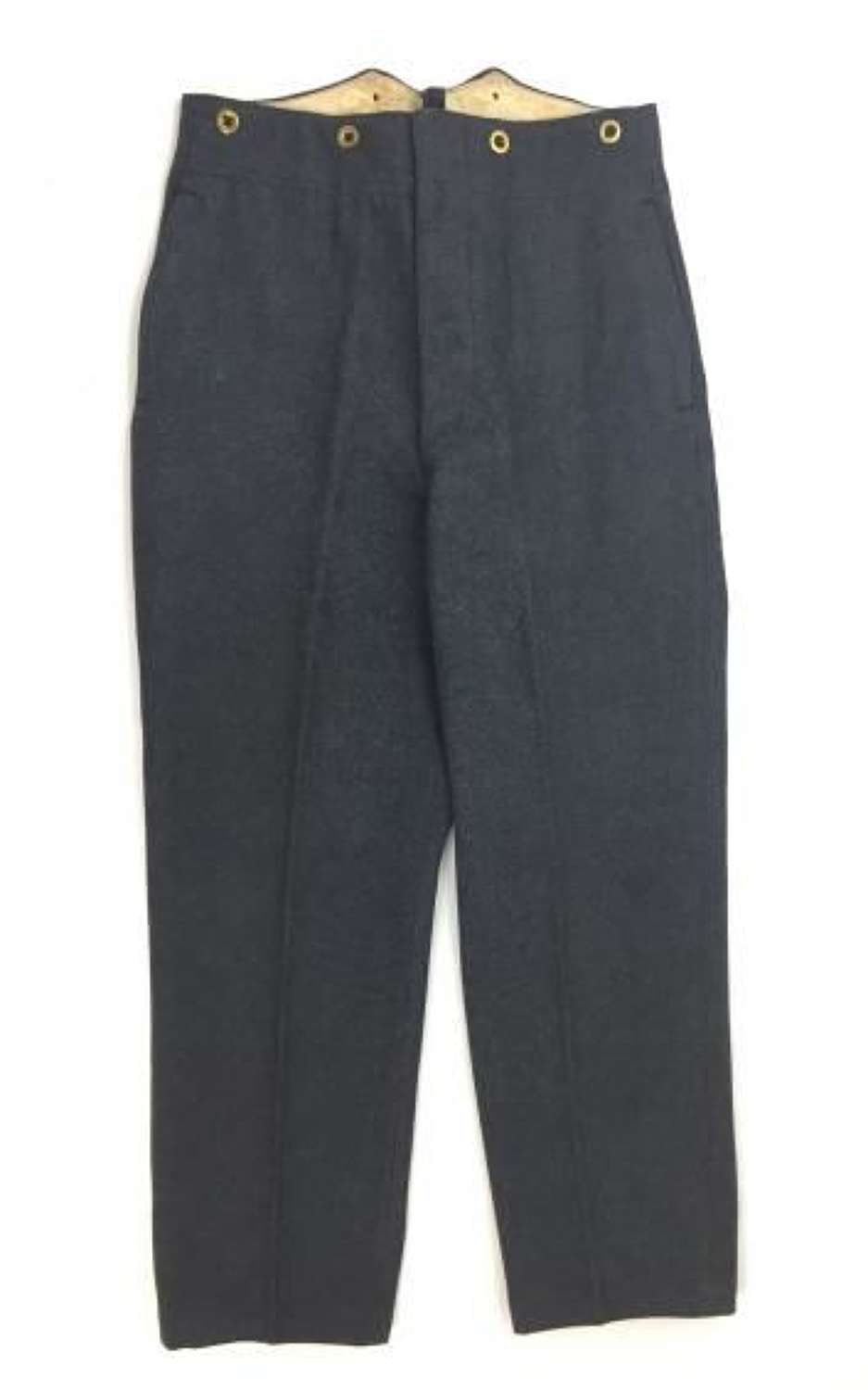 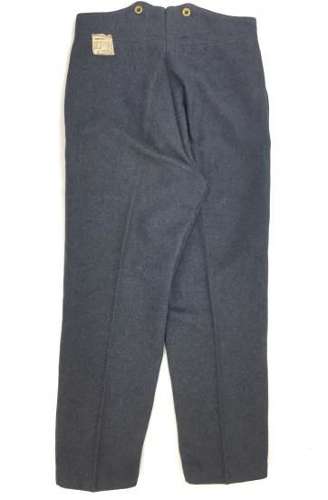 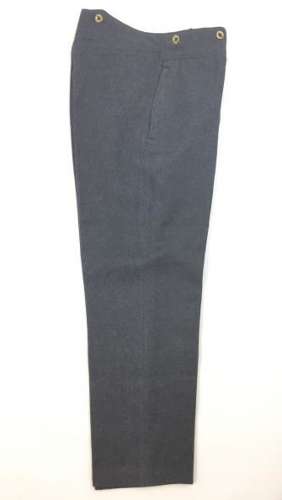 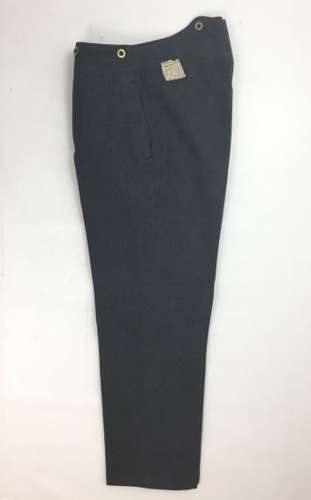 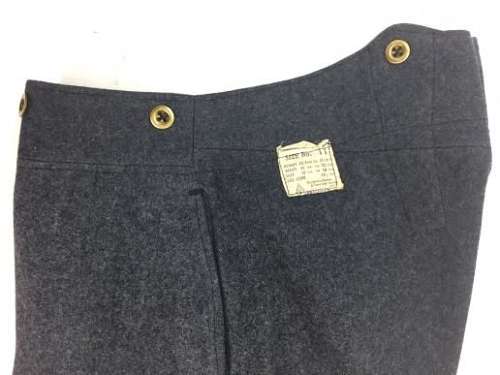 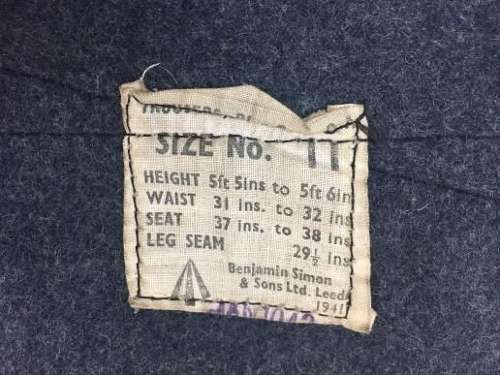 These trousers are typical of early British made RAF OA trousers featuring brass buttons and a white cotton lining. The original label is also present to the exterior of the trousers which are usually missing as they were often removed or wore through. This label however is a fine, bright example which is still clearly legible. The size is stated as No.11 which will fit up to a 32" waist and a 29 1/2' inside leg so a reasonably good size. The label also bares the War Department broad arrow mark, the 1941 date and the makers name 'Benjamin Simon & Sons Ltd, Leeds' which is an uncommon manufacture. The label also has a purple issue stamp from 1942 which can be seen along the bottom edge of the label.

The overall condition of the trousers is very good as can be seen in the photographs. The trousers have been worn but are still reasonably clean today and most importantly still retain their deep RAF blue serge colour. These are not a washed out heavily worn pair but a clean lightly used pair.

These trousers came as part of a grouping which includes the forage cap and paperwork listed below, and the tunic listed above.

Overall a very nice original pair of RAF trousers with a nice label and early date. These would compliment any RAF collection without a doubt!