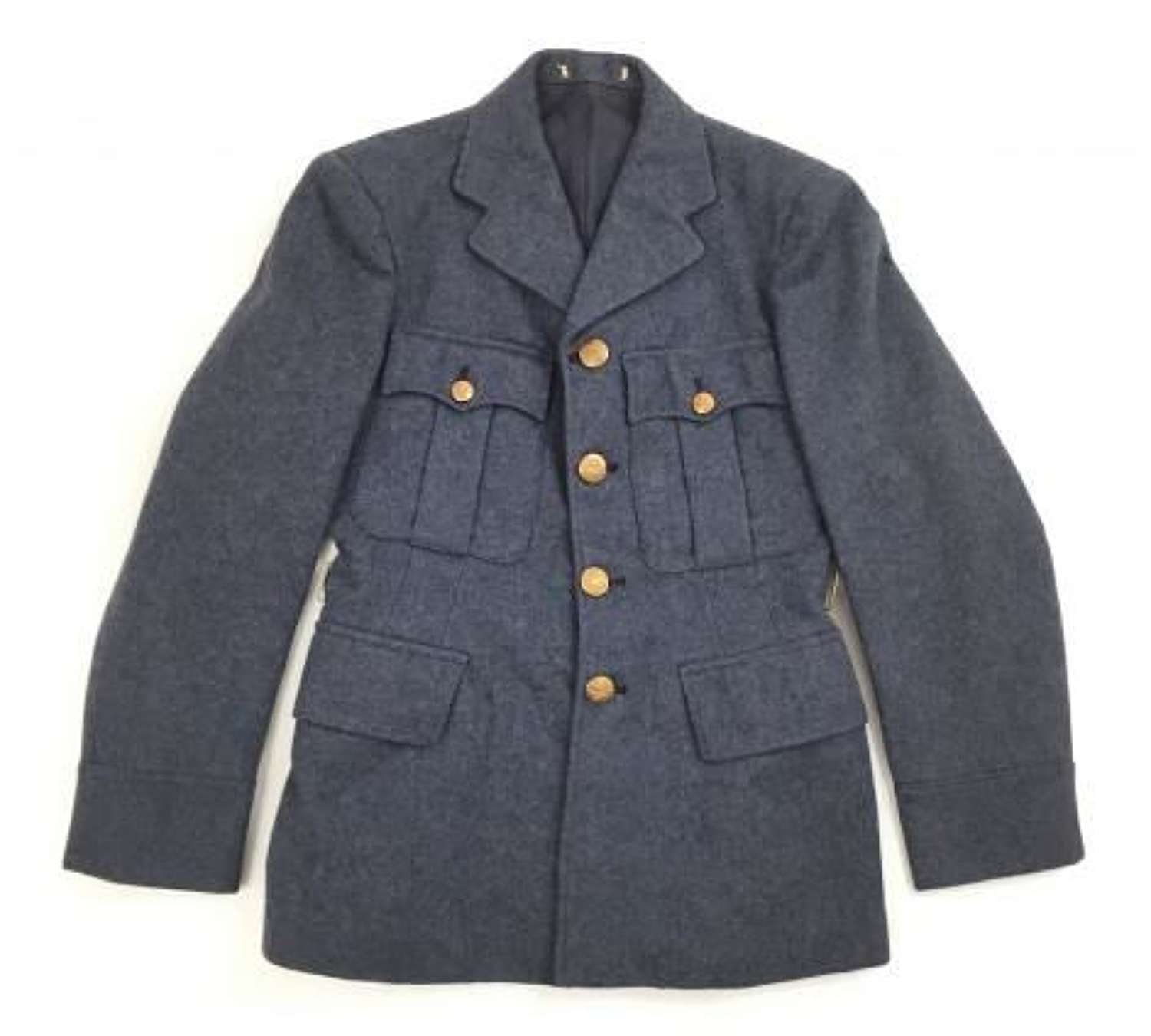 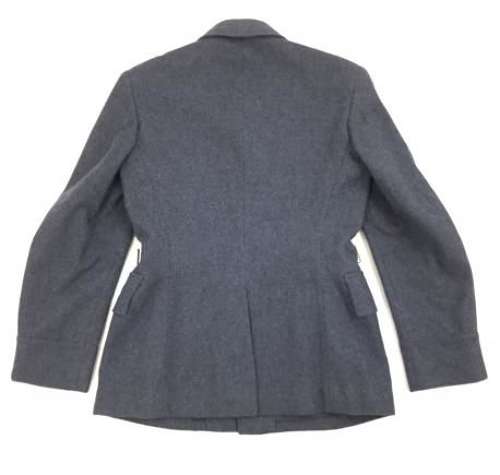 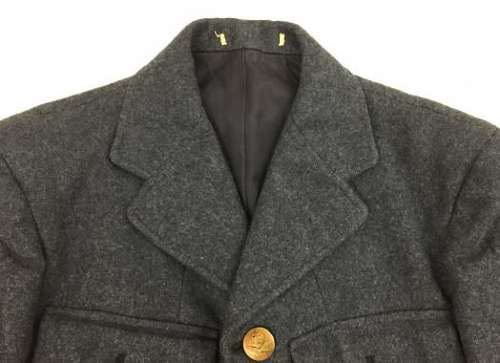 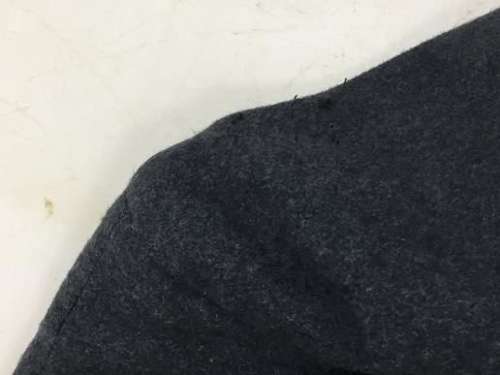 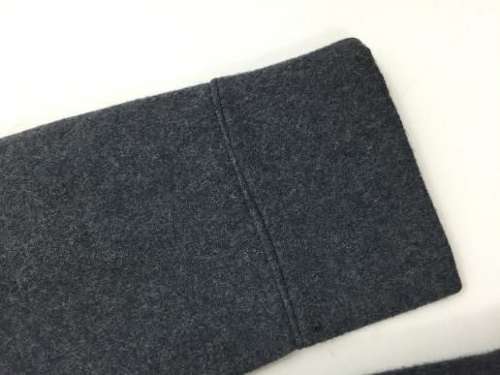 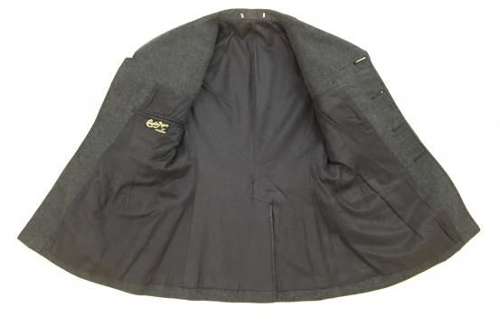 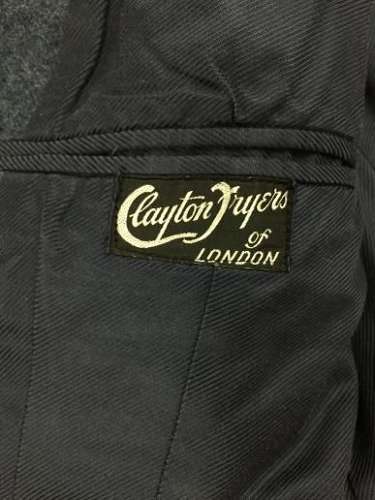 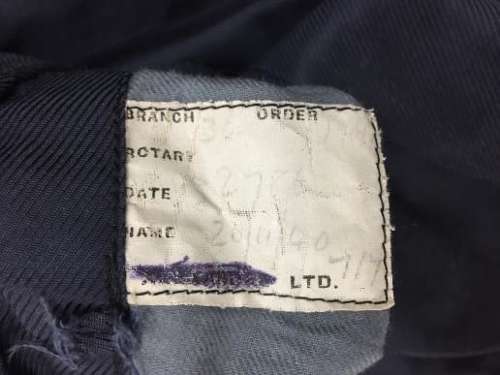 This tunic is the first pattern of tunic used by the RAF. It came into service in the pre-war years but was replaced with the 'simplified' pattern by 1941, making them very rare today. This tunic is the style that was worn by all ranks of Flight Sergeant and under during both the Battle for France and the Battle of Britain.

This particular tunic is a private purchase tailor made example rather than the standard issue tunic. It was made by 'Clayton Fryers' of London as can be seen by the label underneath the interior pocket. This label is typical of pre-war tailoring featuring white writing on a black field. The lining material is also typical of men's suiting of the period and the jacket features a full lining unlike issue examples.

Inside the interior pocket is another label which is white and bares a number of details, the most important of which is the 1940 date.

The exterior of the tunic looks very much like any other early issue example. It is made of the same RAF blue serge and features the all important French cuff, or 'Jam Jar' cuff as it is sometimes called. The top of the shoulder shows evidence of where the standard RAF albatross insignia has been stitched on (picture 4). The tunic comes complete with a full set of RAF brass kings crown buttons but is sadly devoid of its original belt. It would not be too difficult to acquire another matching belt.

The condition of the tunic is excellent as can be seen in the pictures. It shows little to know sign of use, wear or washing. It is still the deep blue colour it would have been when new rather than a washed out grey colour of a well worn example.

All in all a very rare early tunic in stunning condition. Not only does it have the all important 1940 date but it also a tailor made example making it an even more interesting collectable.

A must have for the discerning Early war and Battle of Britain collector!