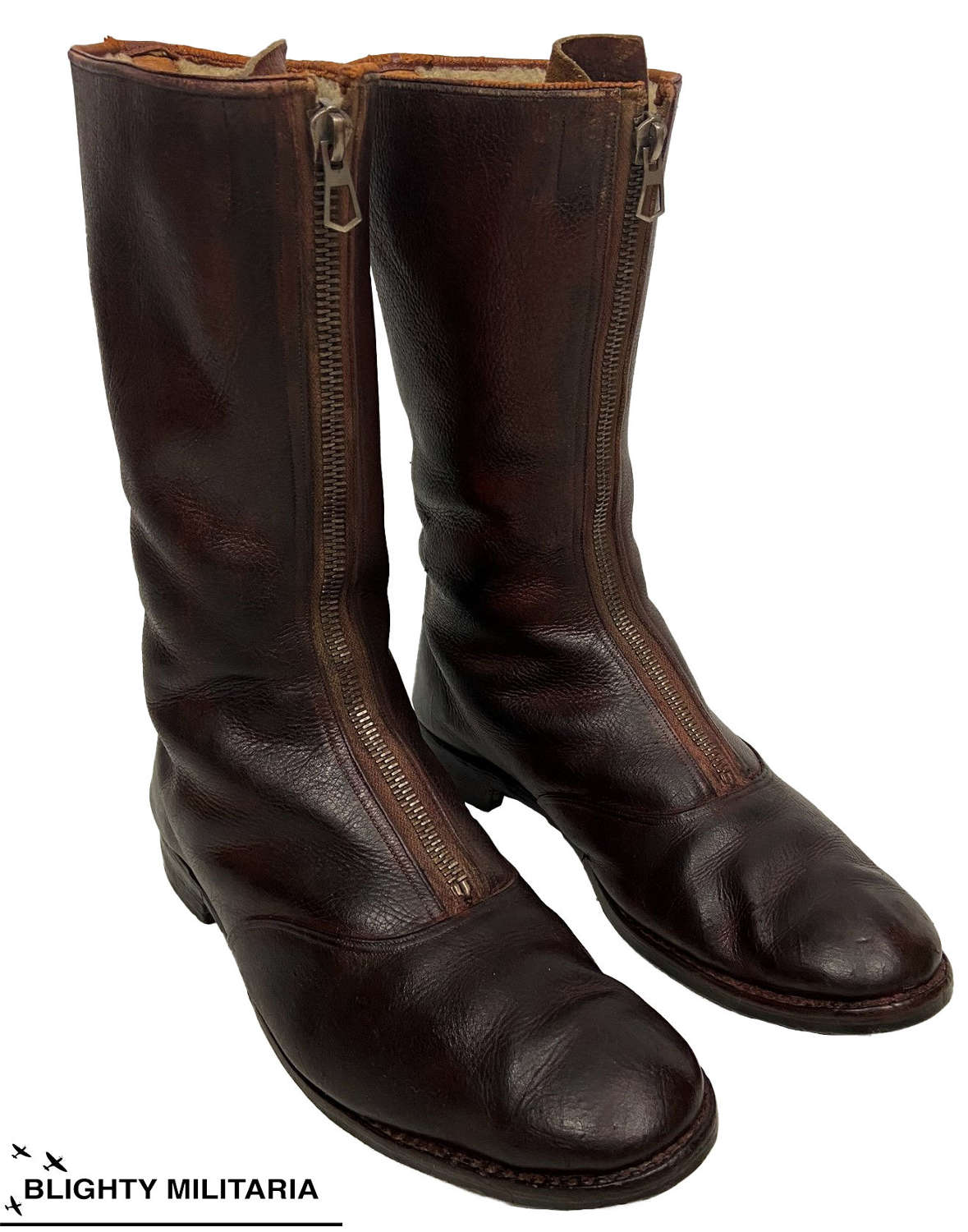 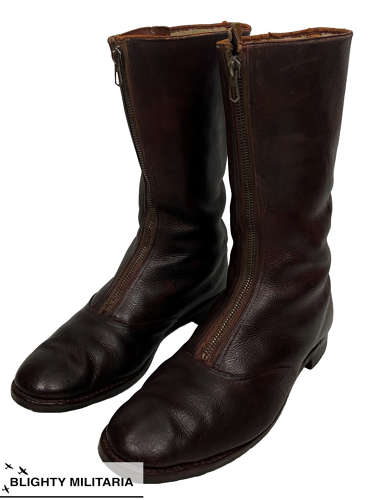 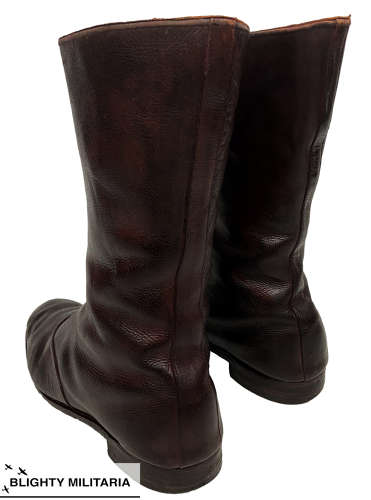 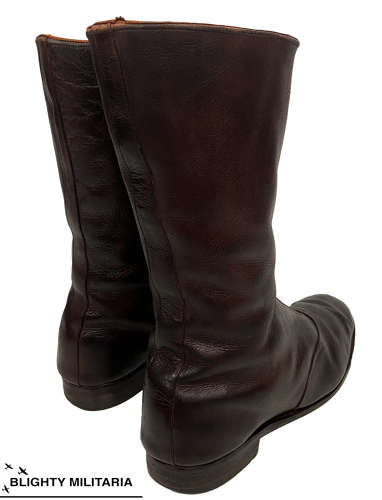 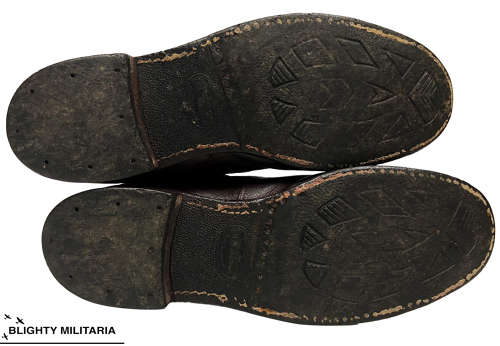 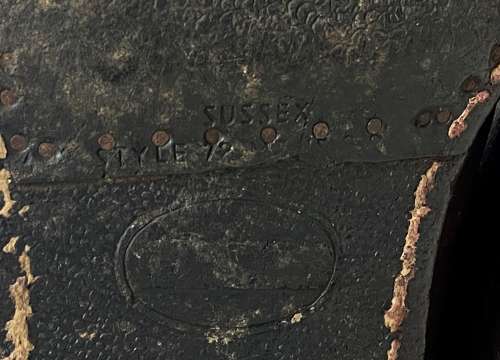 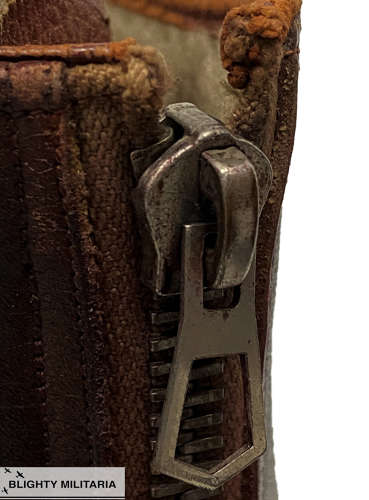 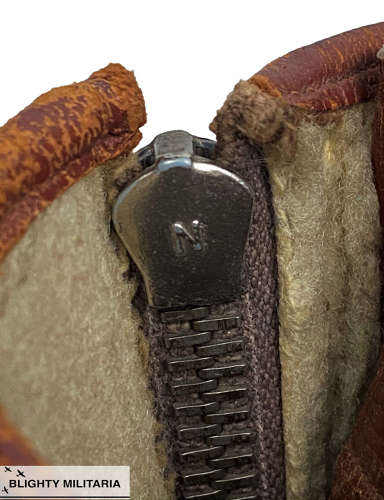 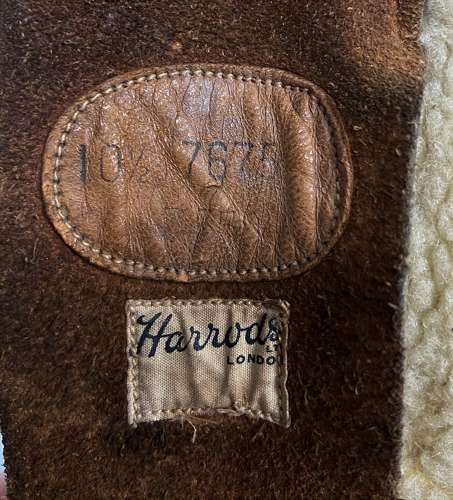 A scarce pair of original 1930s flying boots made by 'Harrods' and in a size 10.

These boots are similar in design to the RAF 1930 pattern flying boot but are made from a chestnut brown coloured leather. They feature a rubber sole which is again very similar to those used for the 1930 pattern flying boots. The interior of the boots is lined with sheepskin and long zips are fitted to the front and feature nickel plated pullers which bear the letter 'N' to the reverse.

Inside both boots are two labels. One is the standard Harrods label from the period whilst the second is leather and features the size of 10 1/2 and the style code.

The boots are in good condition and display very well. The zips function as they should and the soles have been fitted with period sole protectors which suggests that they saw a reasonable amount of wear at the time.

A scarce pair of early flying boots which would compliment any Battle of Britain collection without a doubt!