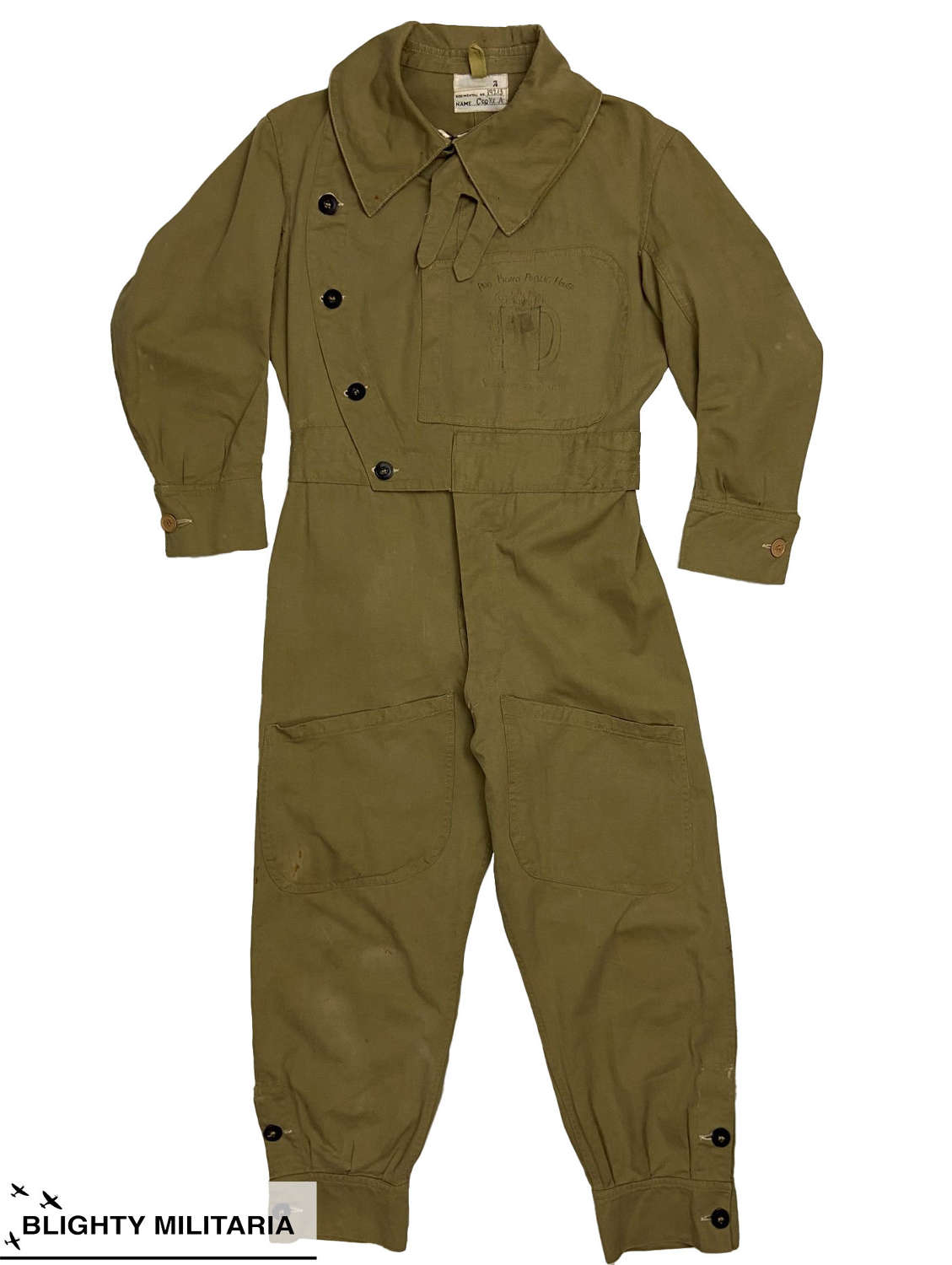 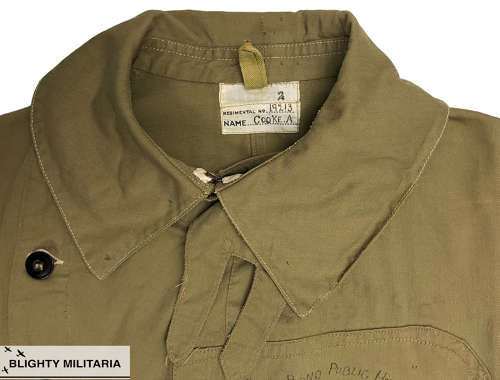 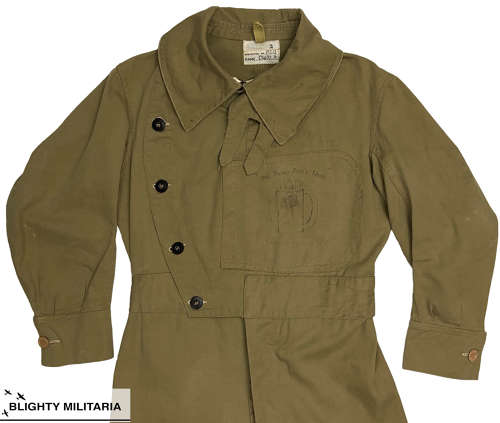 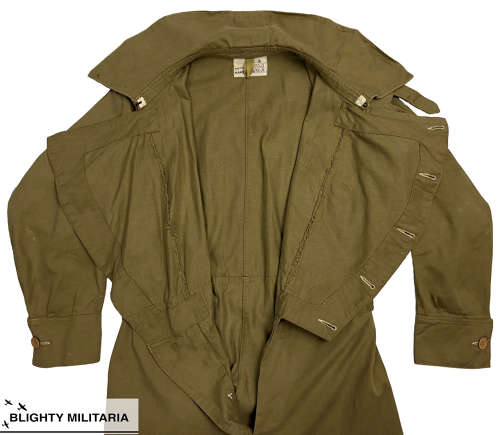 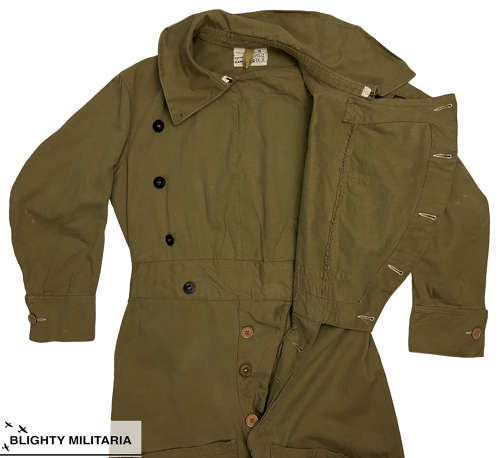 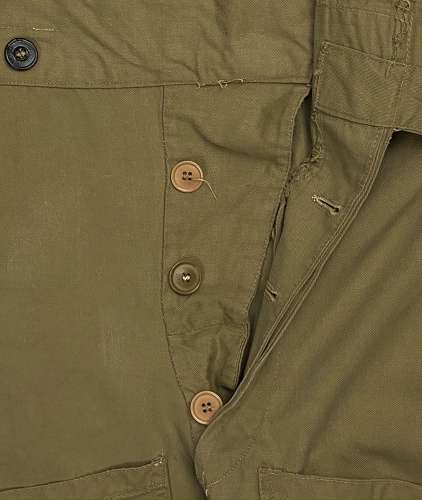 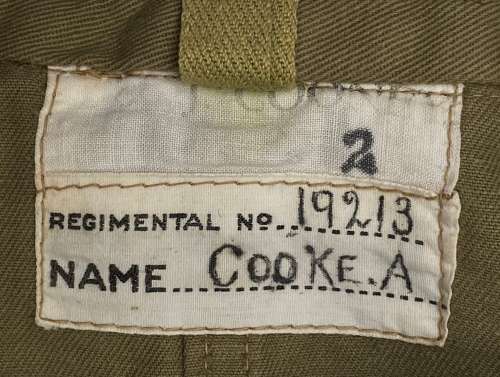 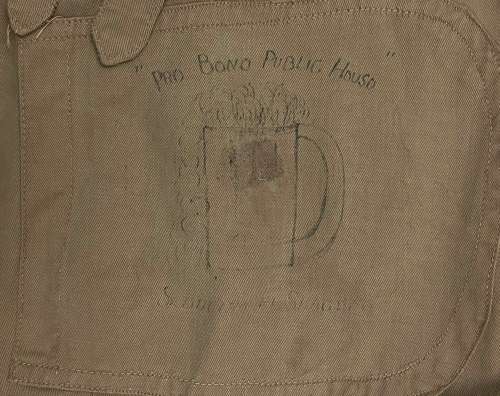 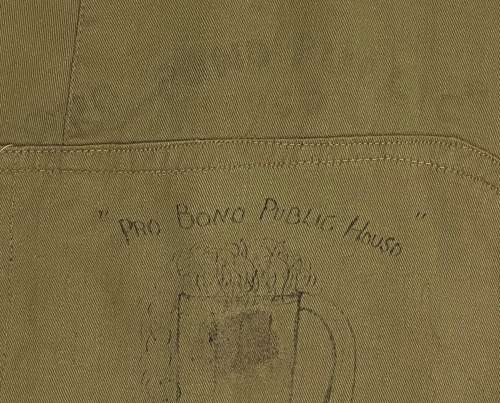 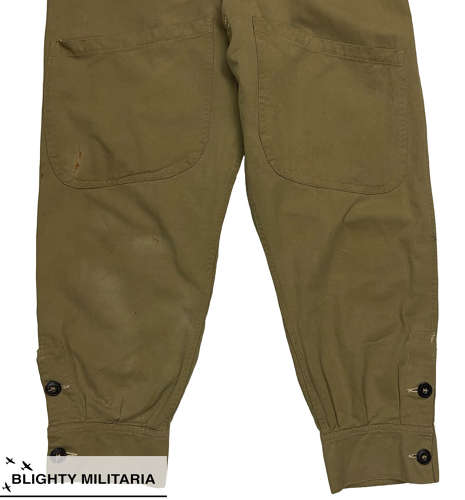 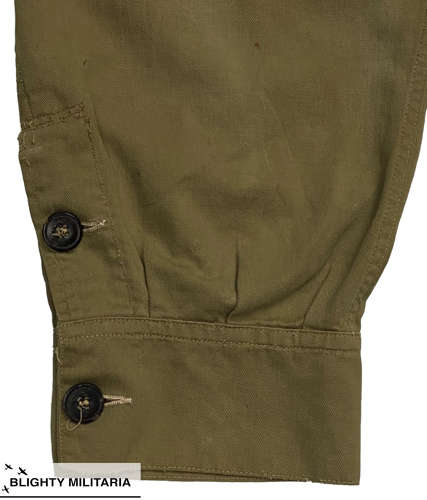 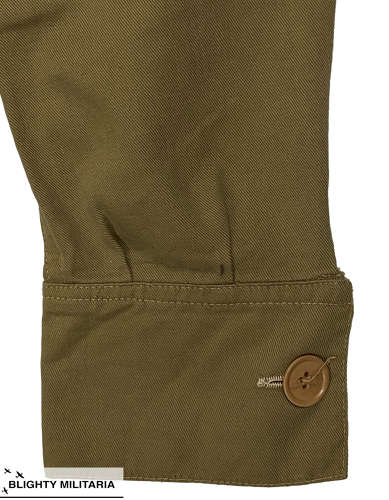 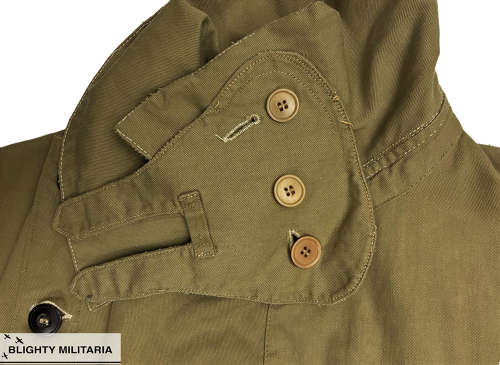 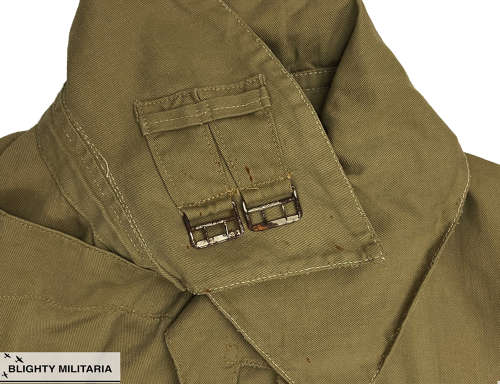 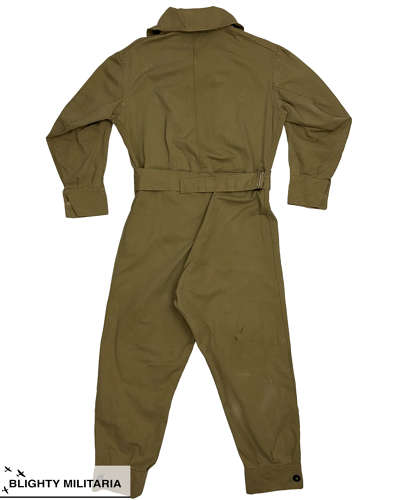 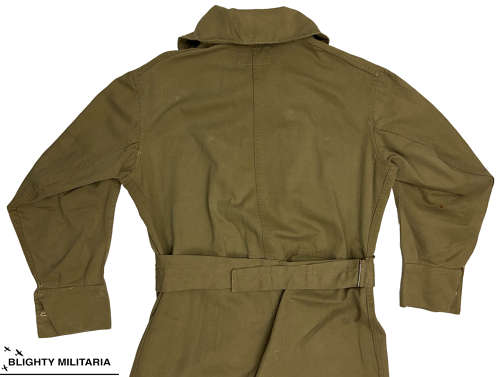 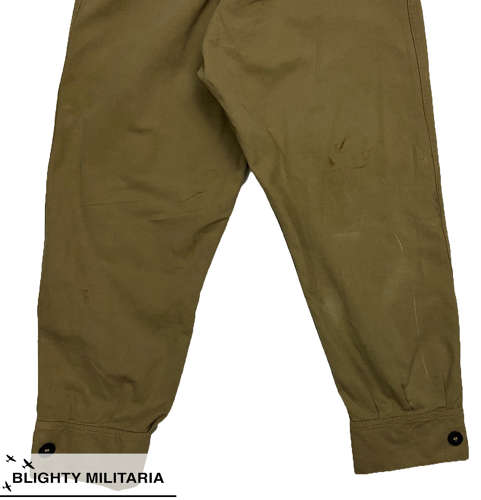 A rare original Australian made Sidcot flying suit clearly dating from the Second World War and featuring some fantastic period artwork to the chest.

The Sidcot suit was invented during the Great War by Sidney Cotton, hence its name. It was introduced into service and proved to be a well liked piece of flying clothing which stayed in use during the inter war and wartime years in one form or another. The 1930 pattern was introduced in the inter-war years with the 1940 and 1941 patterns following on in the Second World War, featuring a variety of changes from the original pattern. This lightweight Australian version however is still very true to the original pattern.

Whilst it is made from a khaki coloured cotton drill (the same as used on khaki drill uniforms) and does not have a lining, the suit resembles the original pattern in almost every way. It features a maternity front which fastens with large buttons with the same buttons being used to fasten the cuff at both the wrist and ankle. A map pocket is located on the chest with two more open top pockets located to each thigh. The collar shape is also the same as is the throat latch design which again appears to be a direct copy from the original design, the only difference being that the straps secure with Australian style buckles - again the same as those found on other KD items such as shorts.

Artwork has been applied to the breast pocket which appears to be original and from the period. The words 'Pro Bono Public Houso' surmount a drawing of a frothing beer glass whilst under this is another mock-latin phrase which reads 'Seducem et Shagem'. Coarse! Above the breast pocket there is faded evidence of where the same words as found above the beer glass were previously written (picture 13).

Inside the suit the original label is still present and is bright and legible. It is the standard, plain, sans-serif style label usually encountered on Australian items of this period which features space for the owner's name and regimental number. The original owner has added his name in ink which reads 'Cooke A' and his service number is 19213. Above this is a second label which bears the size of 2 as well as the name 'J Cooney' which I believe is the manufacturer's name.

The suit is in good condition and displays well. It shows some signs of wear with some minor staining etc but overall it displays very well. Please study the pictures before purchasing.

A rare original suit with some fantastic details and brilliant personal artwork. The condition is good and it would make a fine addition to any aviation collection without a doubt.