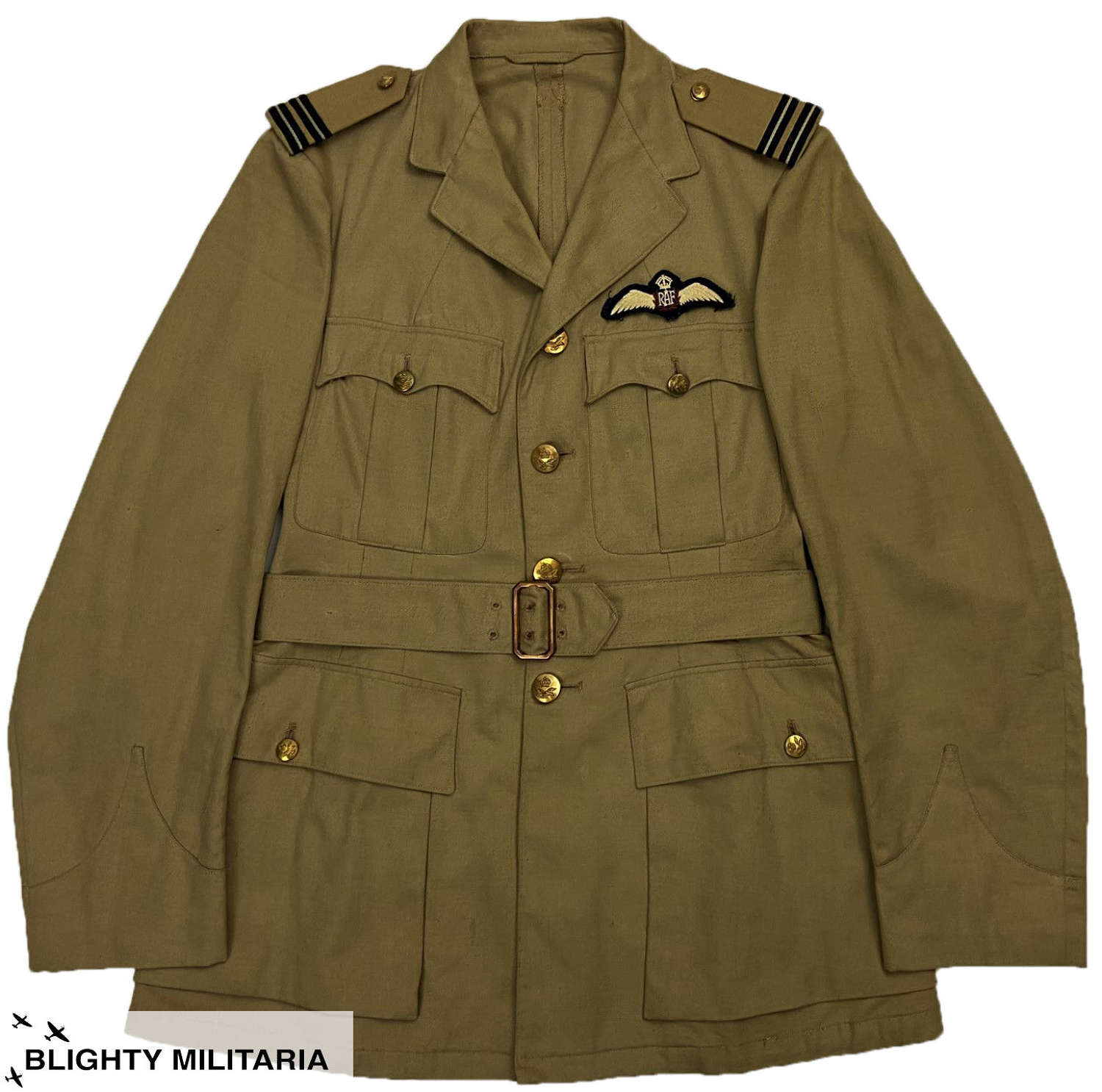 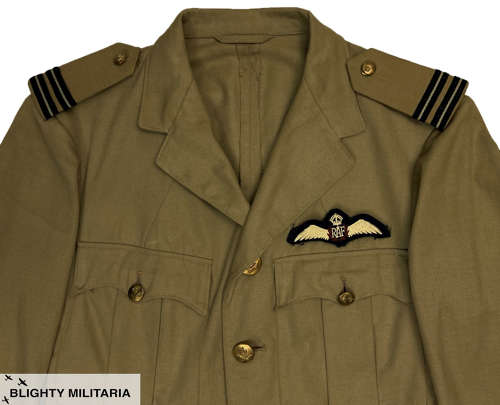 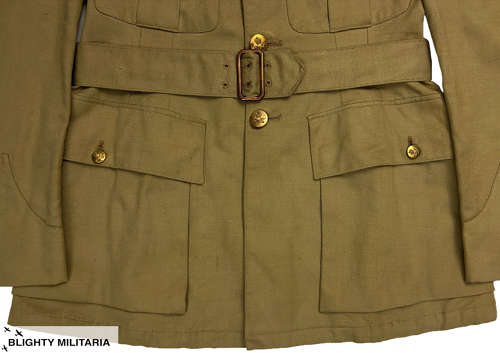 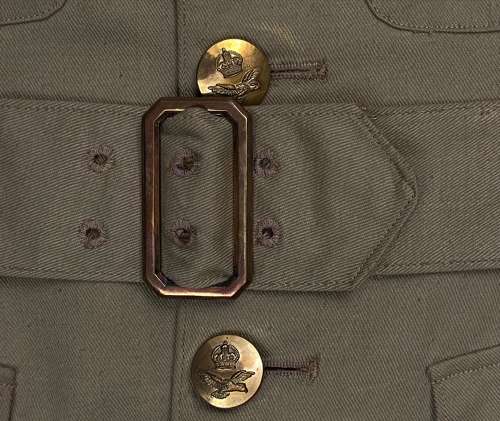 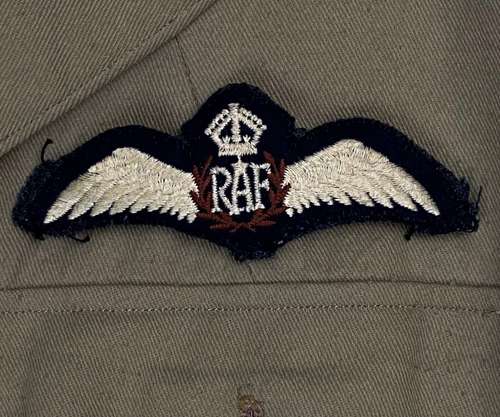 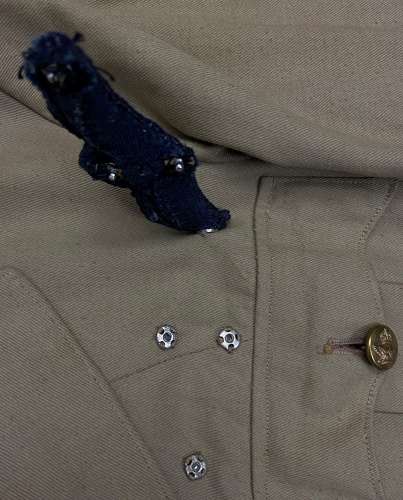 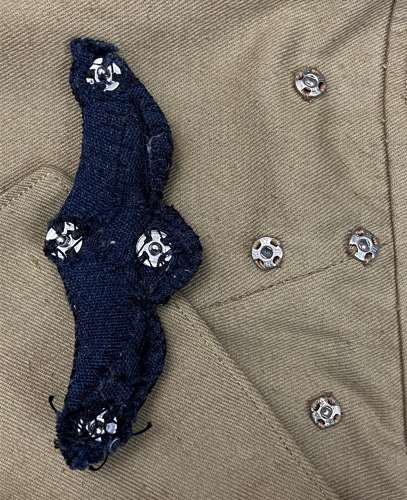 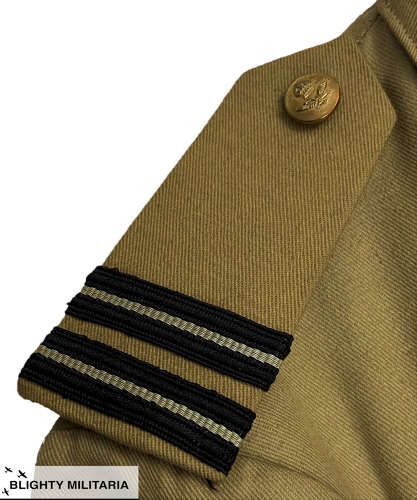 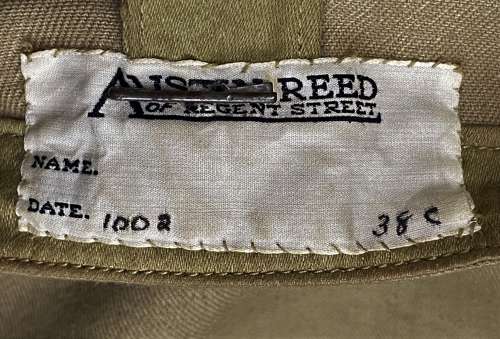 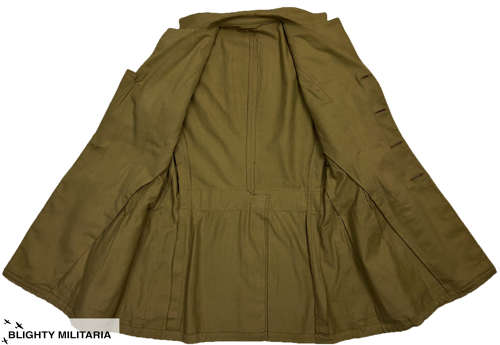 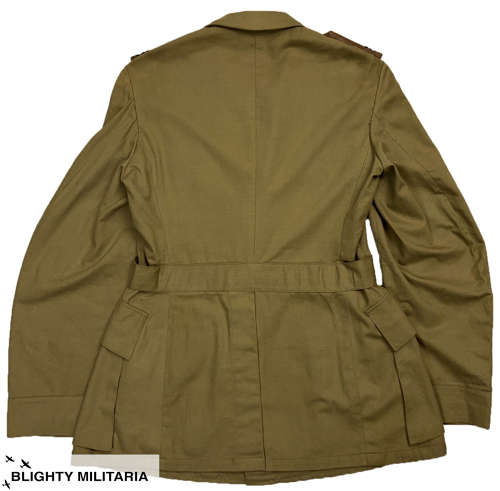 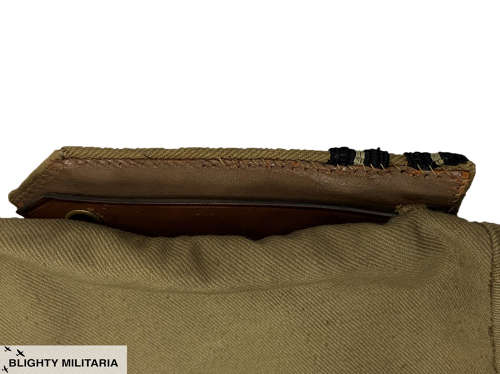 Whilst RAF khaki drill bush jackets from the Second World War are not too uncommon to find, examples such as this are much rarer. This example was clearly worn by a pilot as all the insignia is original to the jacket. The pilot's wing is typical in the way that it is fitted on four press studs allowing it to be removed for washing. Interestingly, the reverse of the wing has been backed with RAF blue serge wool which appears to have padding behind it to give the wing a more pronounced shape. The shoulder boards are also original period examples which have clearly always been attached to the jacket. They are made from a slightly contrasting shade of khaki cotton drill and feature leather straps to the reverse. They are fitted with the correct style of Kings crown brass buttons used for shoulder boards.

The jacket itself is the standard RAF pattern used throughout the Second World War. It is made from a khaki coloured cotton drill cloth and features pleated breast pockets with scalloped pocket flaps, flapped bellows pockets to the skirt, pointed cuffs and an integral waist belt which fastens with a solid brass buckle.

Inside the right hand lower pocket the original maker's label is still present and is the typical Austin Reed label used during the Second World War. Sadly the original owners name is not present and nor is the date. It is marked '38c' which most likely relates to the chest size.

The condition of the jacket is excellent as can be seen in the pictures. There are only very limited signs of age and wear and overall it displays very well indeed. Please take time to study the pictures before purchasing and bear in mind that this is a vintage, pre-worn jacket.

A very nice example of this pattern of jacket with rare period insignia. A must have for the serious RAF collector.