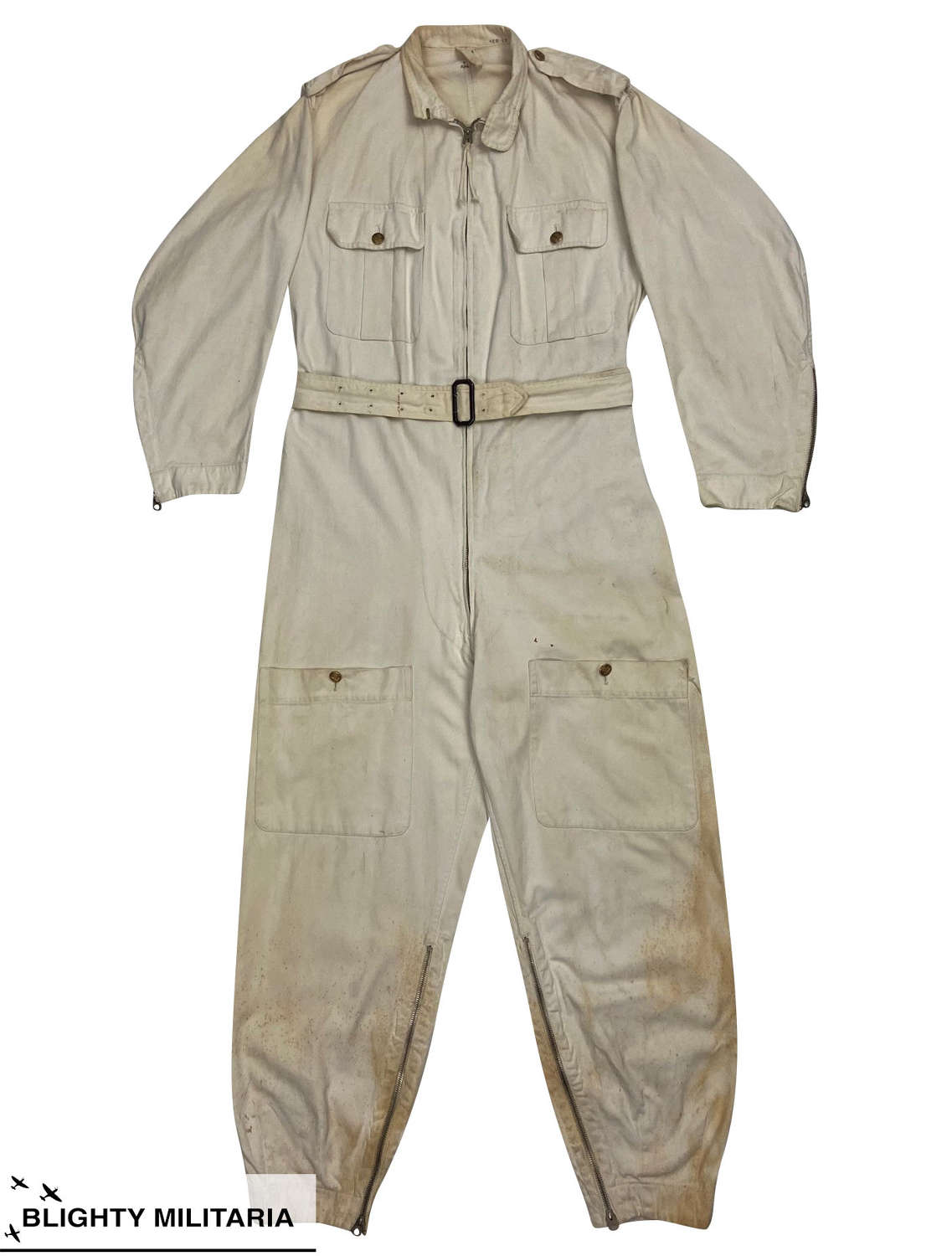 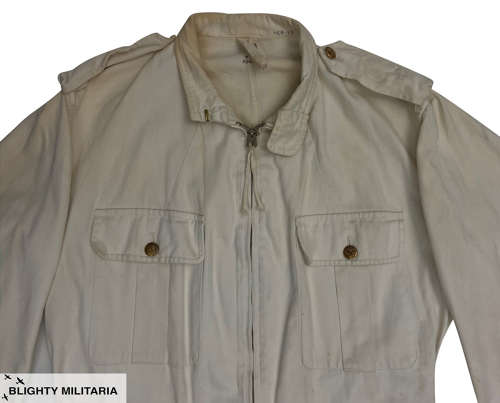 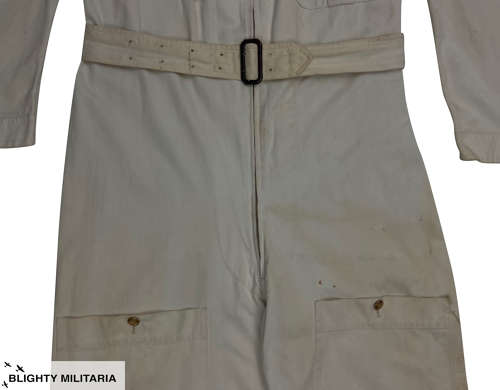 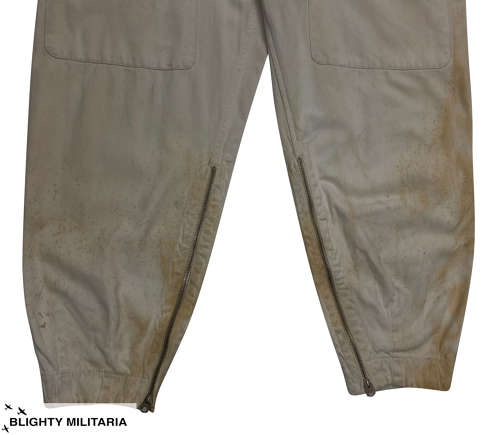 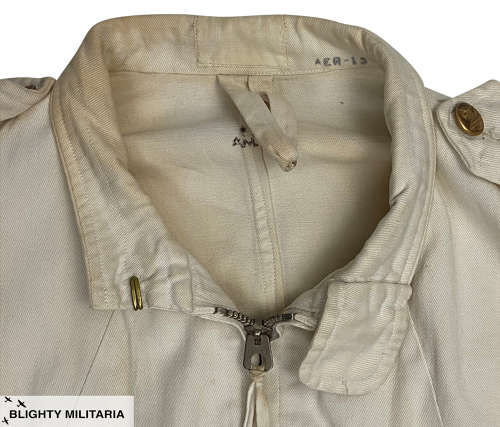 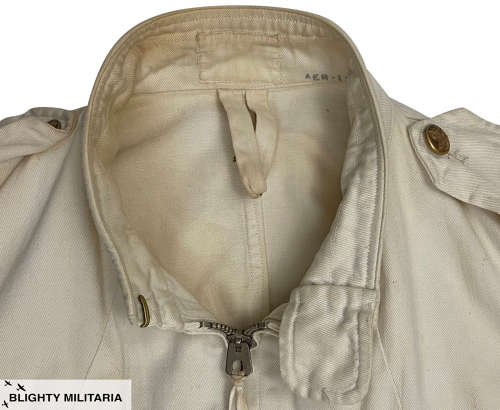 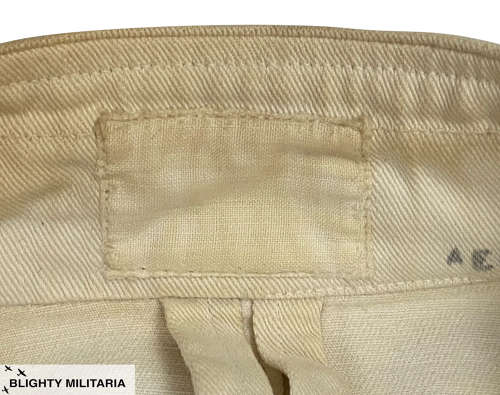 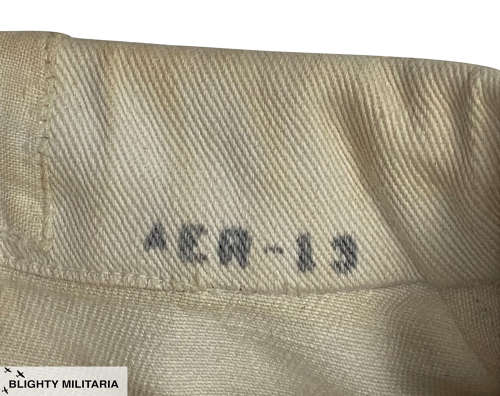 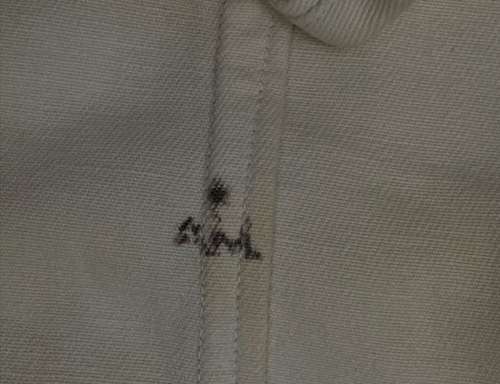 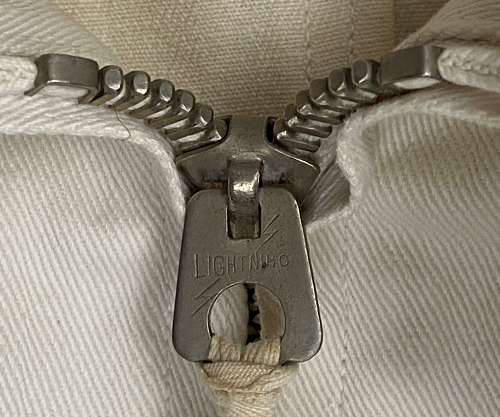 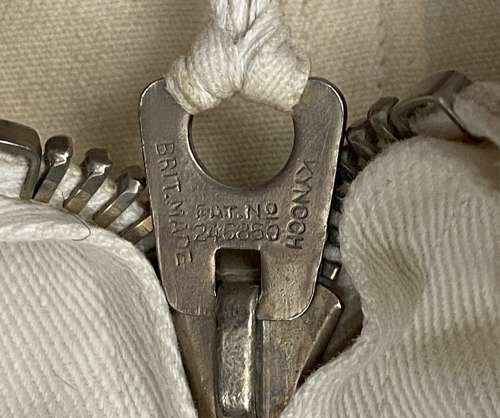 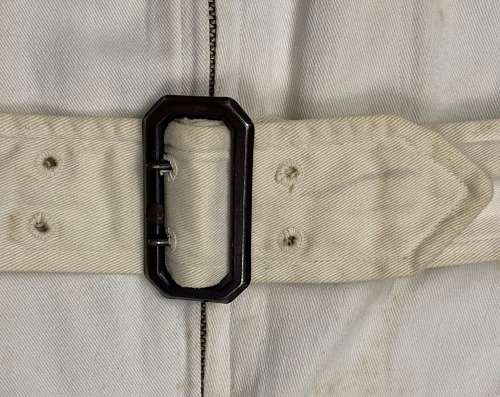 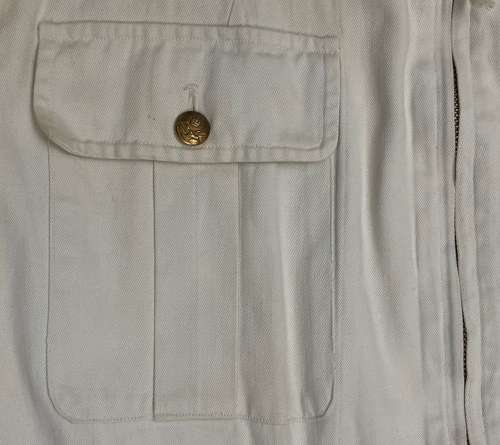 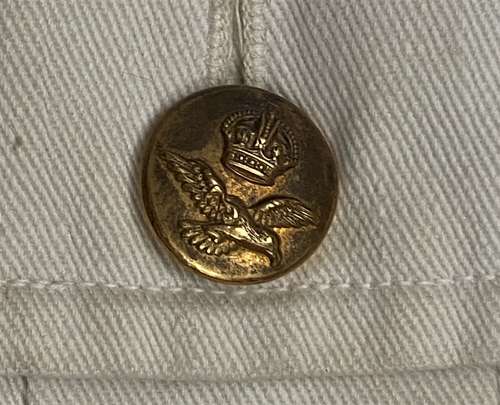 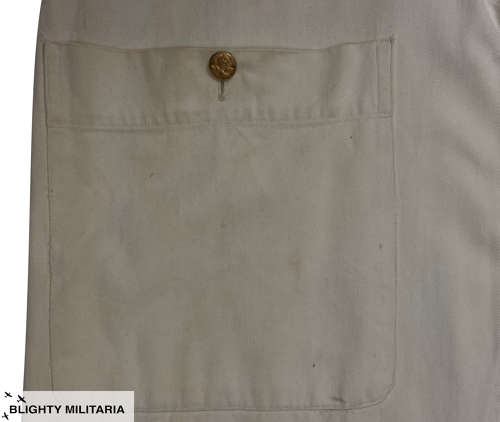 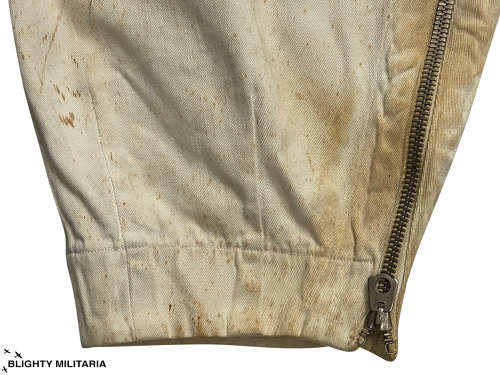 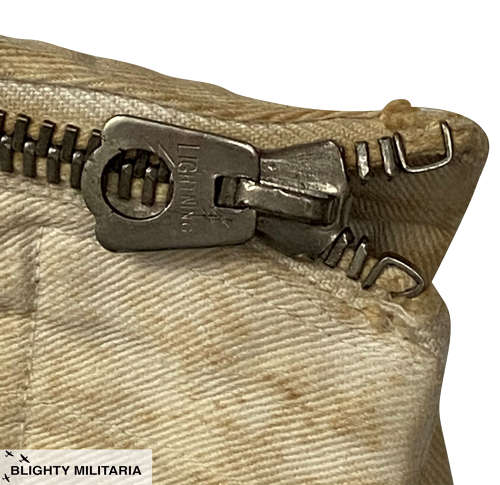 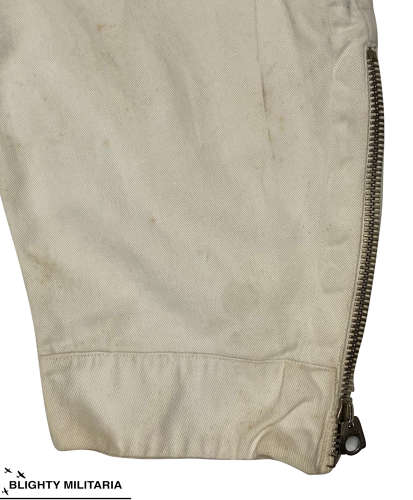 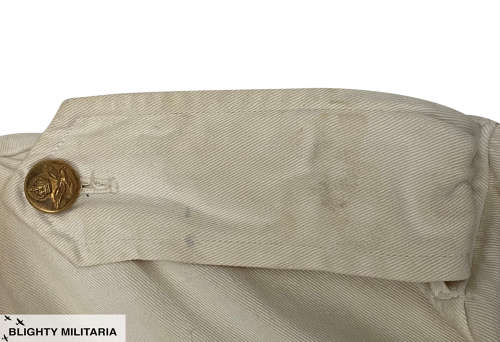 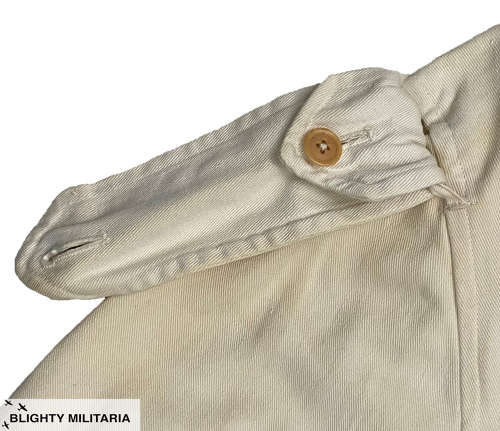 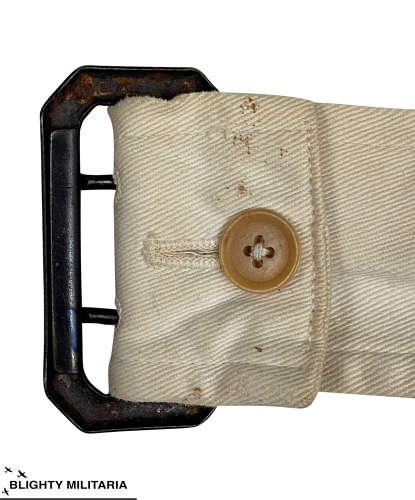 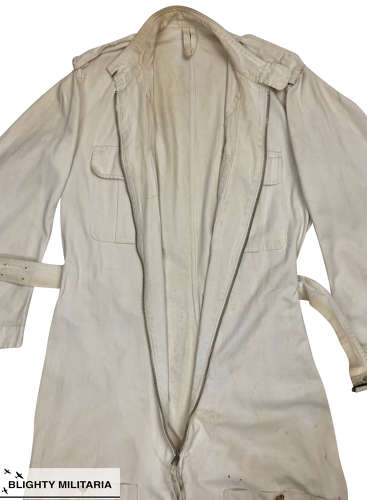 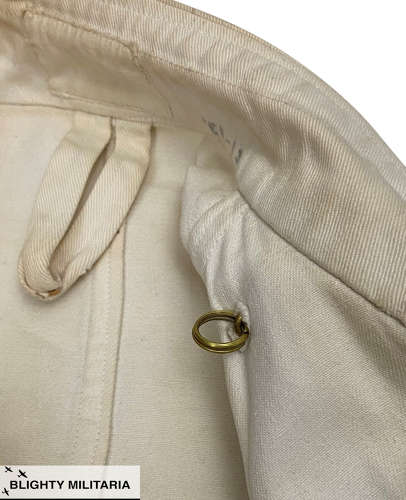 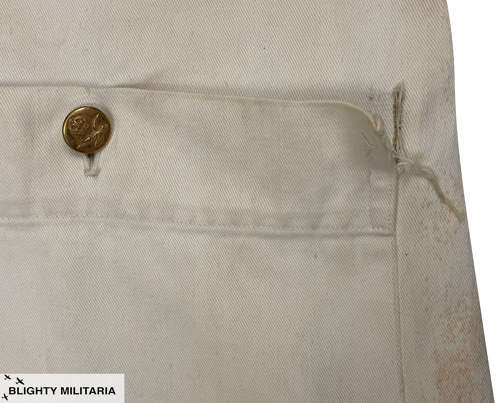 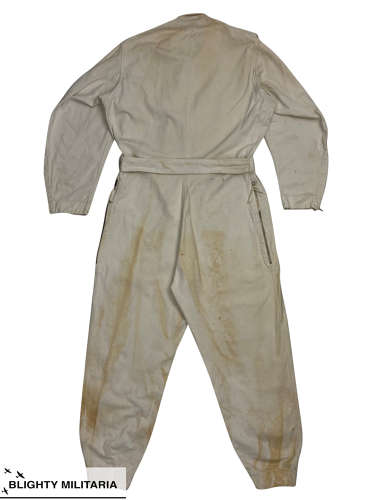 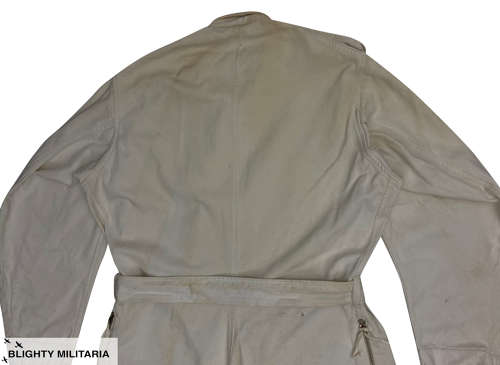 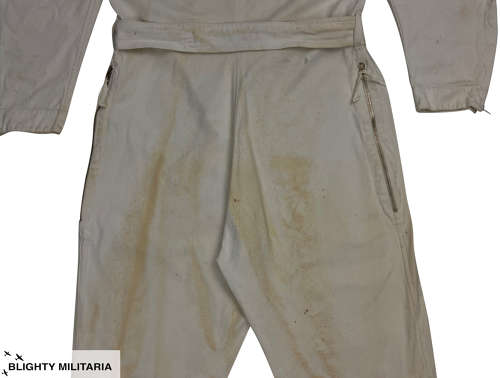 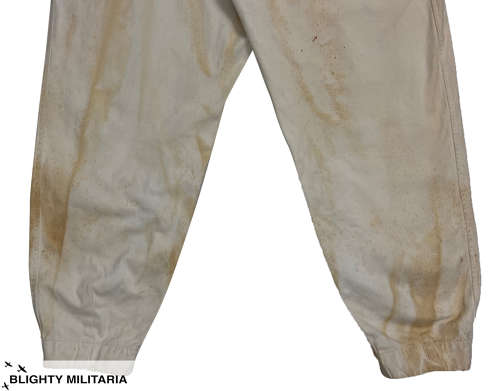 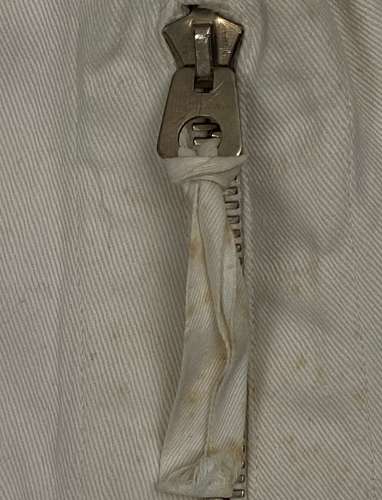 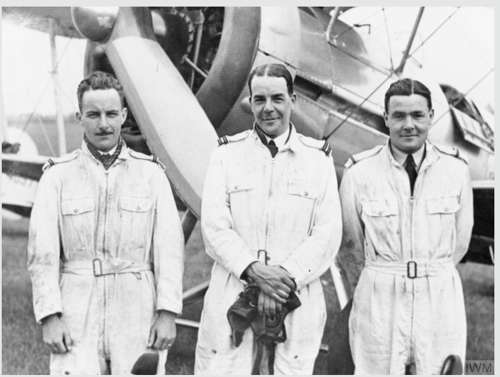 One of the most rare and iconic pieces of RAF flying clothing to have ever been produced, the prestige suit is synonymous with pilots from the Battle of Britain as well as from the pre-war period. This is a textbook example of a pre-war overall, a style which was still worn by pilots in the Battle of Britain.

These white overalls are commonplace in period photographs from the pre-war period and were a popular choice with pilots and almost certainly a prerequisite on certain squadrons. Their use was still widespread during the early part of the Second World War and feature in many pictures from the Battle of Britain. Whilst black overalls were also accepted for wear by the Air Ministry, and very rarely navy blue overalls are encountered; the white version is by far the most iconic and prolific type worn by the RAF.

This example dates from the late 1930s rather than WW2 which is evident by the pattern. It features a mandarin collar and patch pockets to the thighs which feature exposed brass RAF buttons. The last picture in the attached series is of three pilots of 19 Squadron, all of whom are clearly wearing this pattern of flying suit. The Gloster Gauntlet in the background would suggest this picture was taken prior to August 1938 when 19 Squadron moved to Spitfires.

The suit is of one piece construction and is made from cotton drill. It features high quality 'Lightning' branded zippers throughout which are rarely encountered today as they were only used by places such as Harrods.  The main zipper functions well and all the other zippers are in good condition although stiff from lack of use and one cuff zip has a small tear to the cotton backing. The suit can be donned without using any zips aside from the main one so can easily be put onto a mannequin. The main zip and side zips retain their original cotton tape pullers. It is possible these were never fitted to the sleeves and cuffs as they would potentially be a nuisance.

Removable epaulettes are fitted to the shoulder and fasten with brass RAF kings crown buttons which are held in place with brass split rings. A brass hook and eye is fitted to the collar which features a small throat latch. These were usually worn undone, based on period pictures. Inside the collar is a label which has been washed out. There is a stamp which reads 'AER 13' as well as another below the collar which appears to read 'AM' which may be an Air Ministry stamp. A hanging loop is also present.

Pleated patch pockets are located to the chest and, like other parts of the suit, they fasten with brass RAF kings crown buttons. The original waist belt is also present and features a two prong buckle of the same style used for officers' tunics.

The suit is designed to be worn over the RAF service dress uniform and is therefore cut in an oversized way to allow for freedom of movement. This needs to be taken into account when considering the measurements. It will fit a modern mannequin well and when laid flat measures -

For its age and considering its original intended purpose, the suit is in very good condition. It displays very well, especially when on a mannequin. It does show signs of wear and use and there is staining, particularly to the legs which is more noticeable when laid flat in the pictures than when on a mannequin. The left thigh pocket has a small tear to the top corner as detailed in picture 22. These pockets are prone to snagging!

An extremely rare piece of RAF flying clothing which is a must have for the serious early WW2 and Battle of Britain collector!