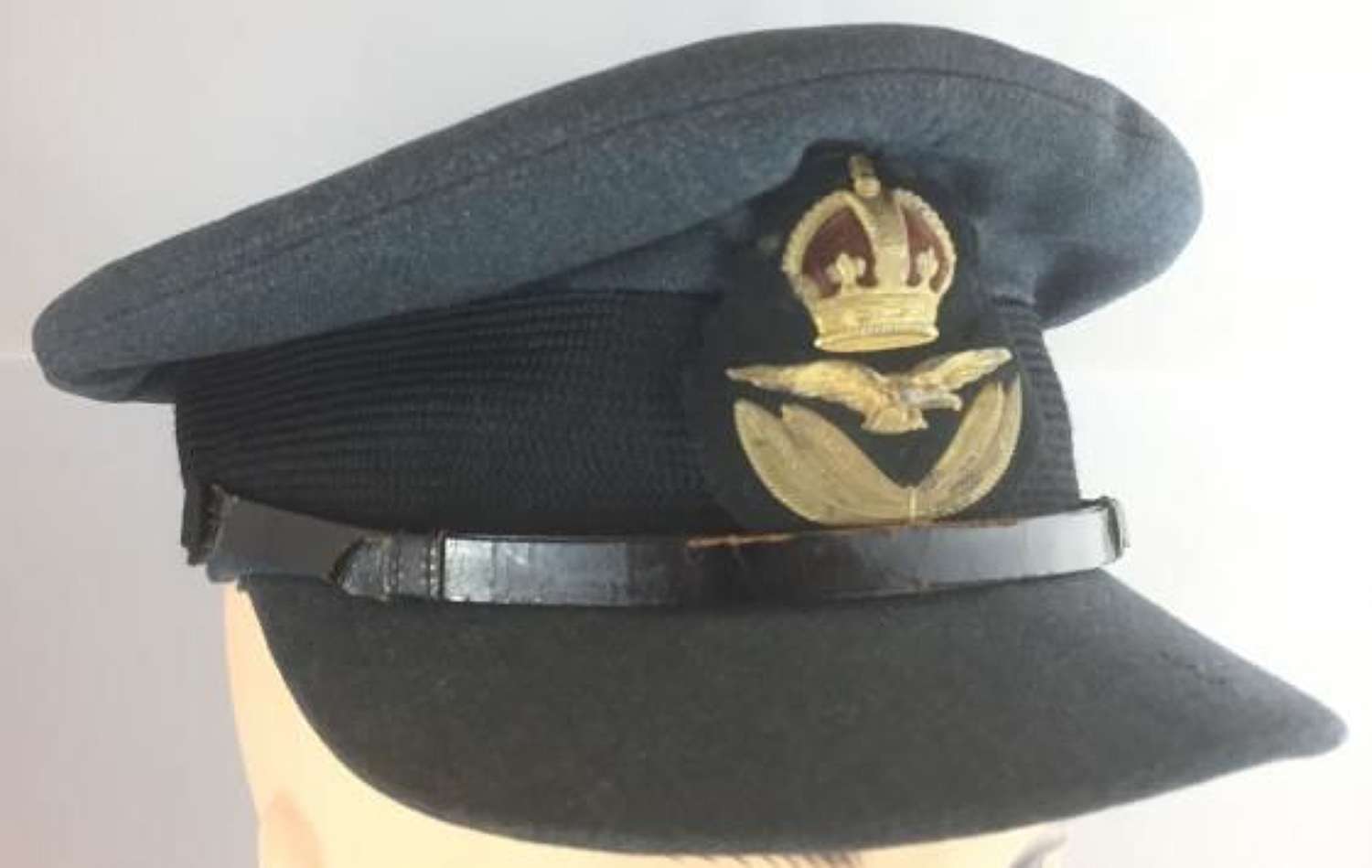 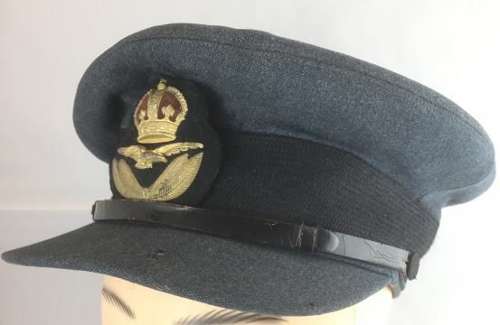 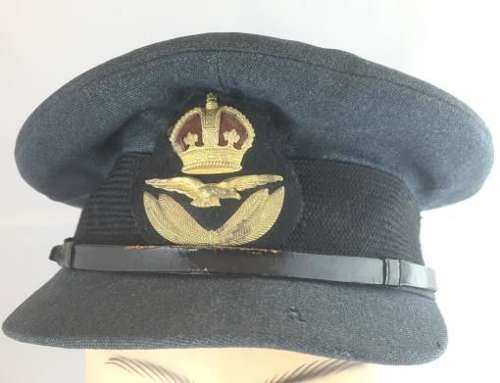 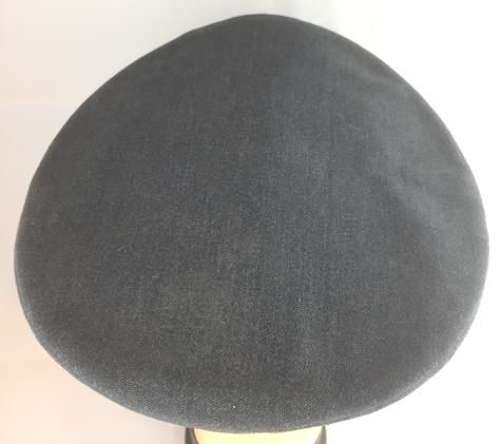 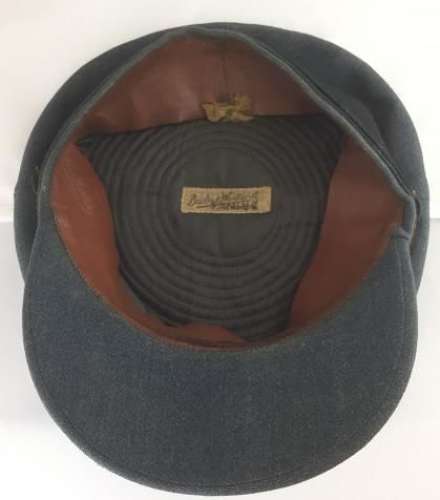 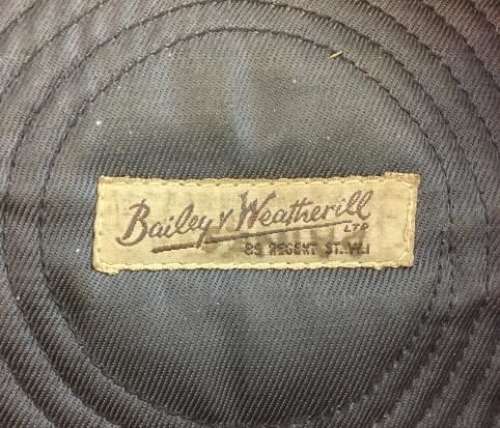 A cracking example of a Pre-War RAF Officers peaked cap complete with an early pattern cap badge as worn during the Battle of Britain.

This rare cap is typical of early caps in shape and has all the features of a pre Second World War Cap including a narrow chin strap, an early teardrop shaped Officers cap badge and a deep leather sweatband to the interior.

The cap is made by ‘Bailey & Weatherill Ltd’ of Regent street as can be seen in the original label inside the cap. Many outfitter at this time night their caps from hatters and added their own label to be supplied with their uniforms, and this could well be an example of this.

The shape of the peak is also very much in keeping with the early style but interestingly doesn’t feature a green underside to it, which they commonly do, making this cap quite interesting in its own right.

The overall condition of the cap is excellent for its age as can be seen in the pictures and it certainly displays very well. The only problem with the cap is a couple of small holes to the top of the peak. This could be repaired if you so wished. There are also a couple of nips to the cap badge on the left hand side as you look at it, but this is only noticeable on very close inspection.

All in all, a fantastic early cap with all the features one would expect from such an item. It displays extremely well and would undoubtedly compliment any Battle of Britain collection!