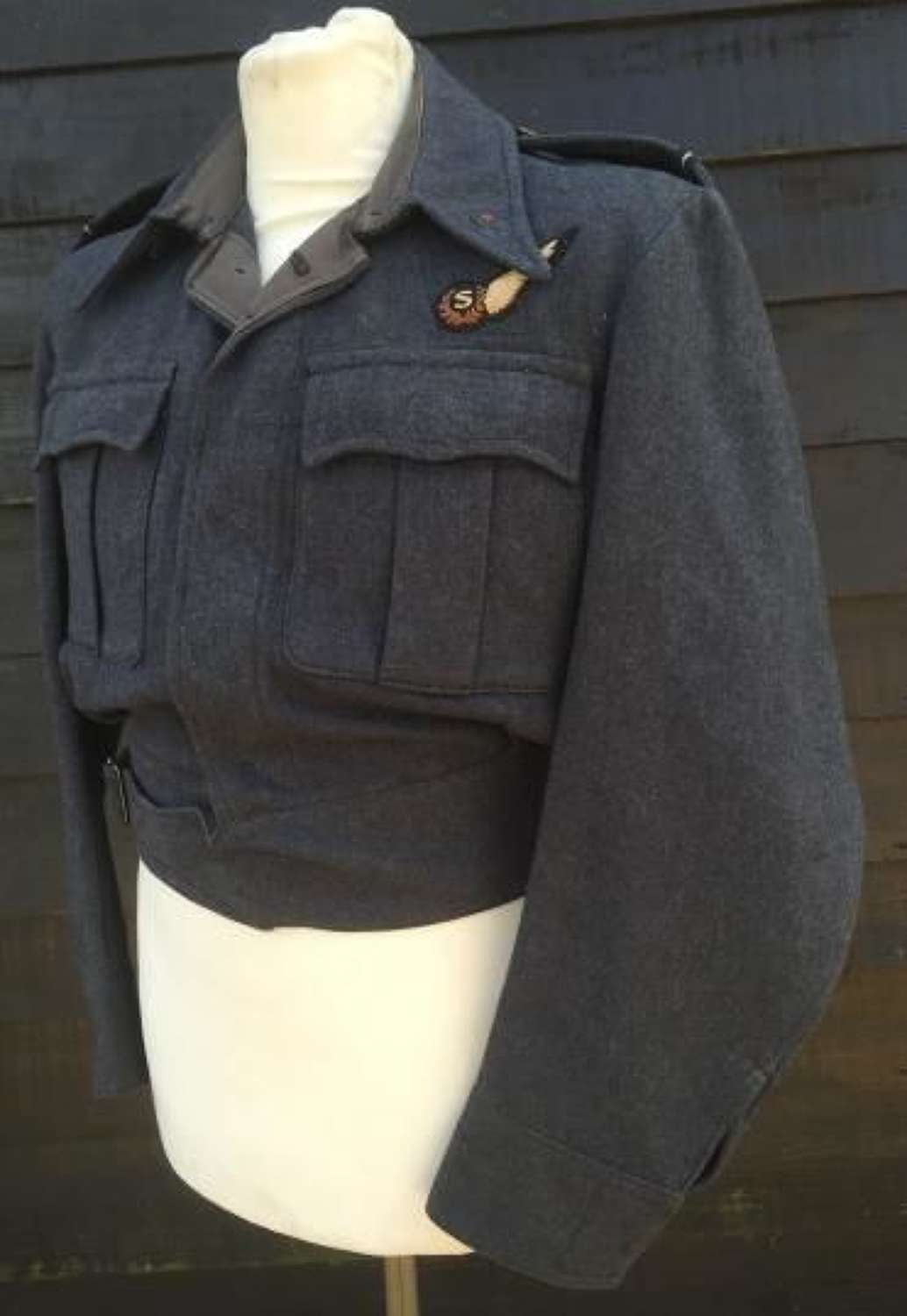 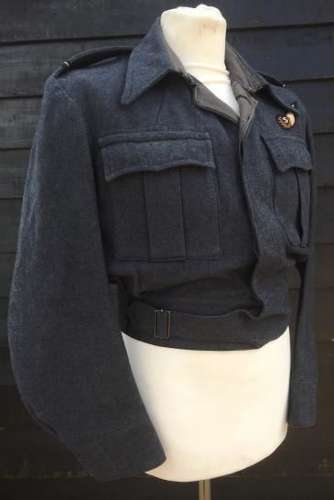 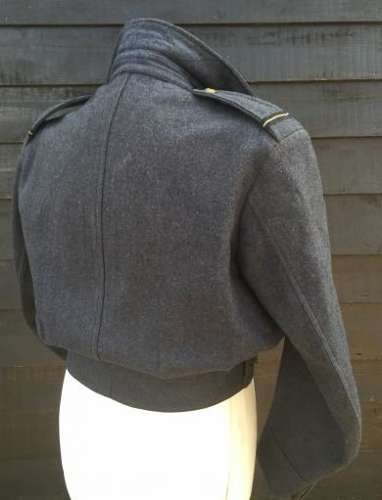 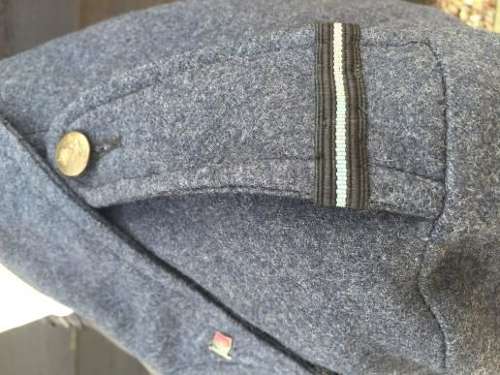 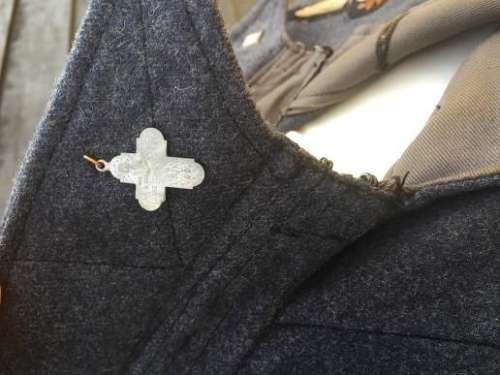 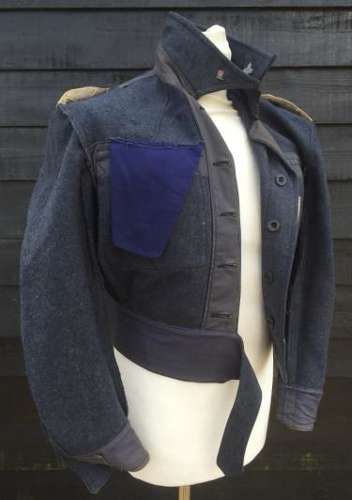 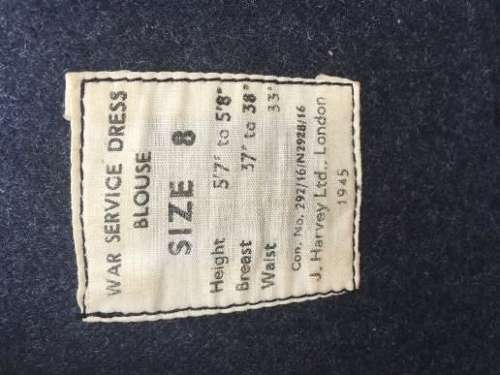 The blouse has a nice padded signaller brevet above the left breast pocket as well as Pilot Officer rank tapes on each epaulette. The epaulettes have also had the original buttons changed for brass kings crown RAF buttons which was common practice among aircrew types. It also features a small period flag on one side of the collar as well as a saint Christopher underneath the other side which are both nice original features and make me believe that this is an authentic aircrew blouse rather than a blouse which has been badged up later.

The blouse has had its inside pocket removed and has been replaced by a small basic functioning pocket made from period dark blue cotton material, another interesting little personalisation to the jacket.

The orignal label is still intact and very clear stating -

A nice orignal wartime aircrew battledress in a good size which displays very well on a mannequin.