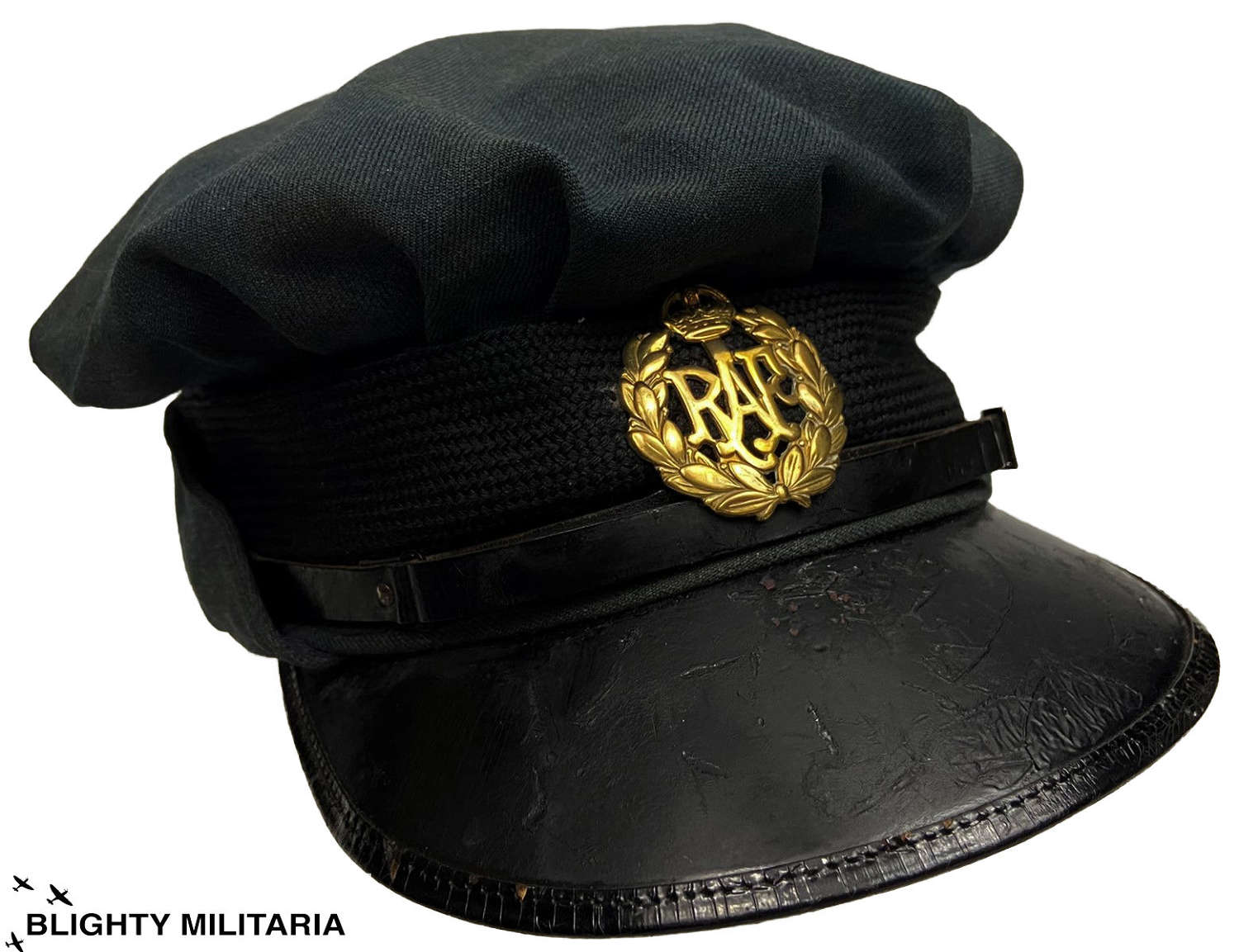 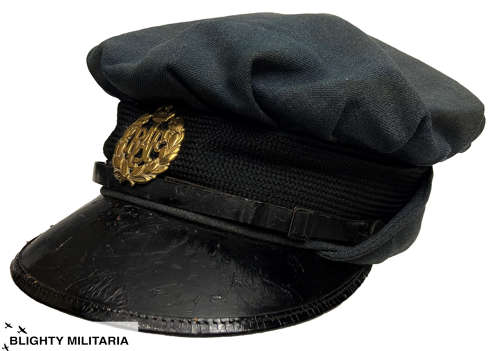 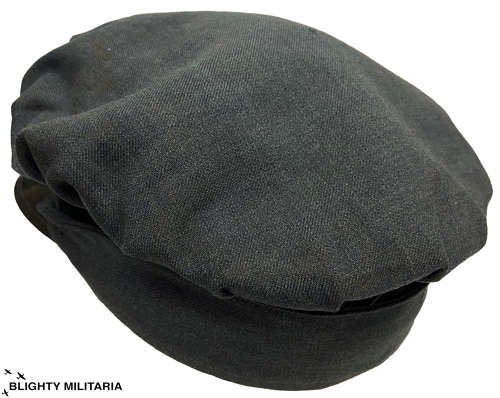 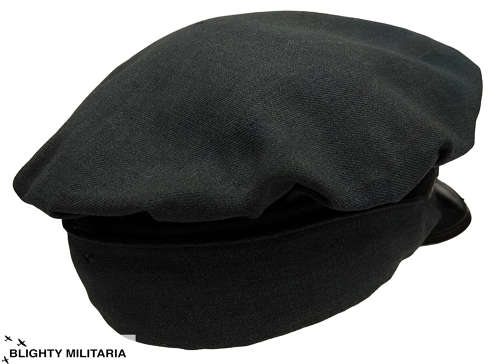 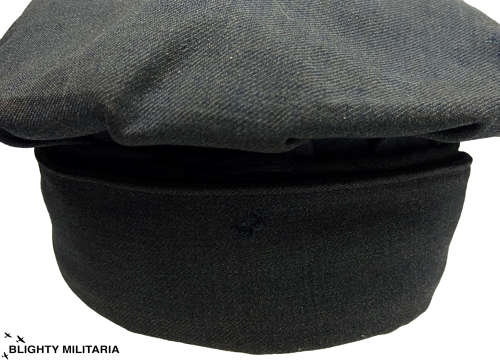 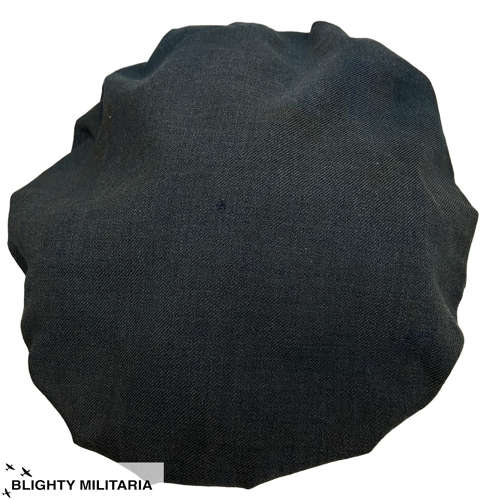 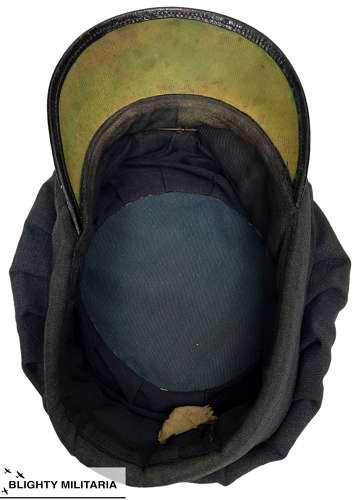 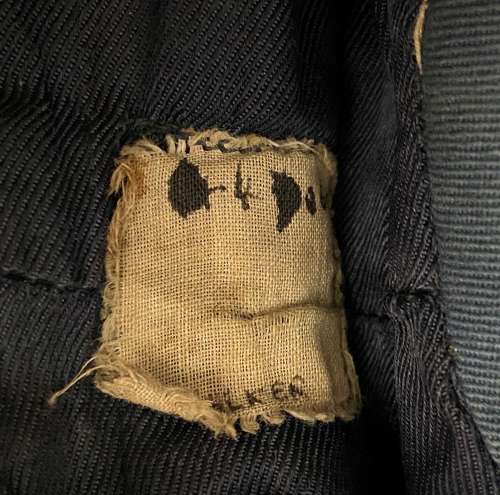 This pattern of cap saw issue throughout WW2 and is similar in design to other caps designed for other women's services. It features an RAF blue grey coloured barathea wool crown, black patent leather peak with green underside and a rayon lining. A black mohair band is fitted around the circumference of the hat through which a brass King's crown RAF cap badge is fitted. There is also a black patent leather chin strap fitted to the front of the cap.

Inside the cap the original manufacturer's markings are no longer present but there is a white label which appears to have the numbers '44' and the owner's name 'walker' written in ink.

The cap is in worn, salty condition and clearly saw plenty of action during the war. The serge top is faded and worn down and the peak shows signs of use and age. Overall it is a solid cap and has an authentic, 'been there' look to it.

A nice original wartime cap which would make a good addition to any wartime collection.