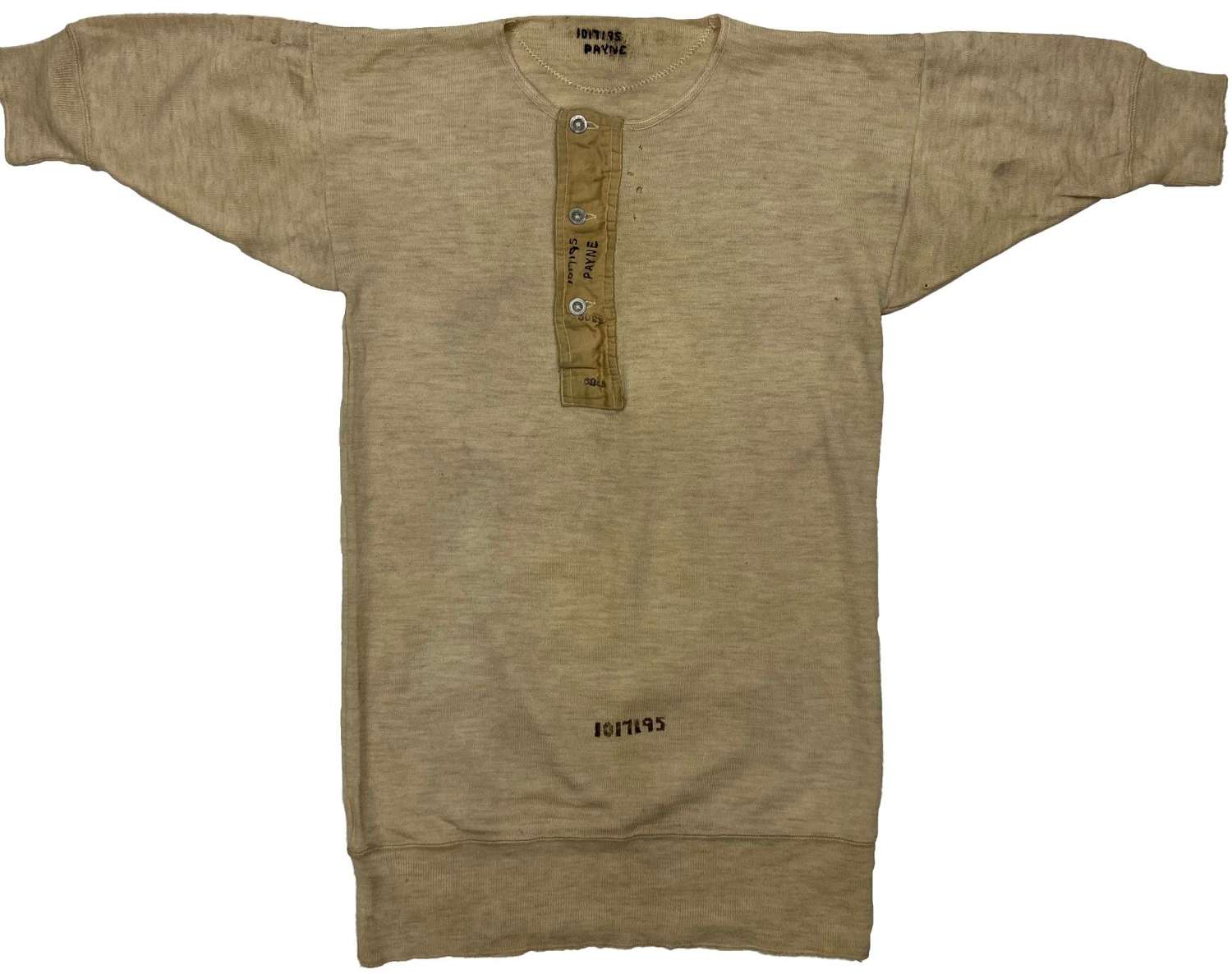 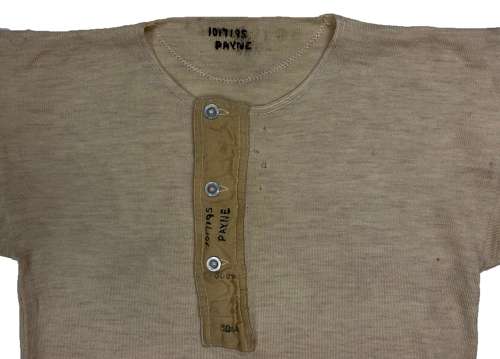 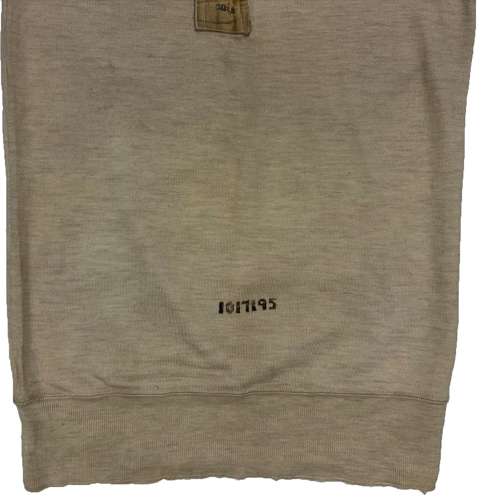 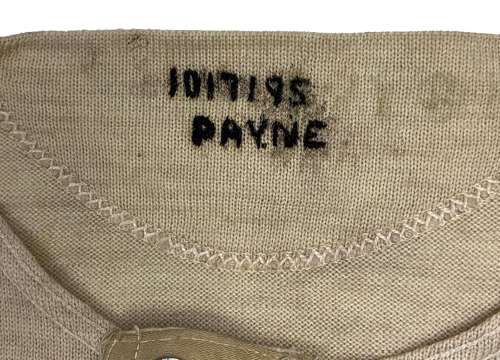 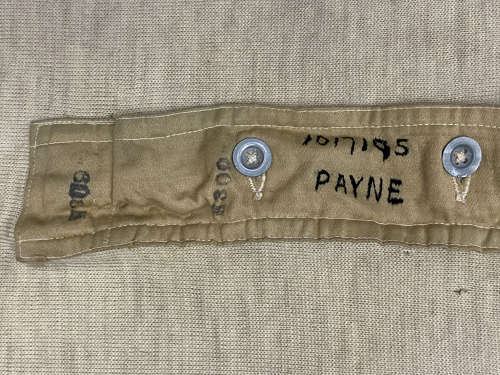 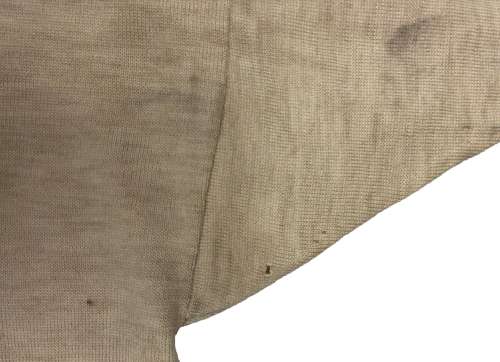 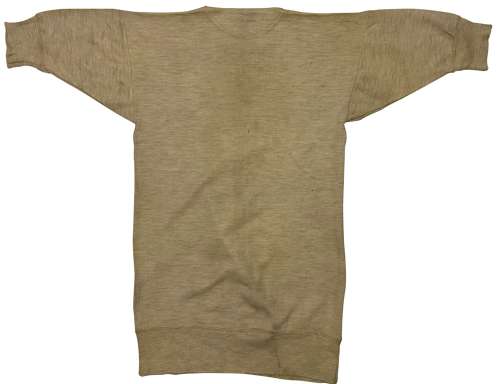 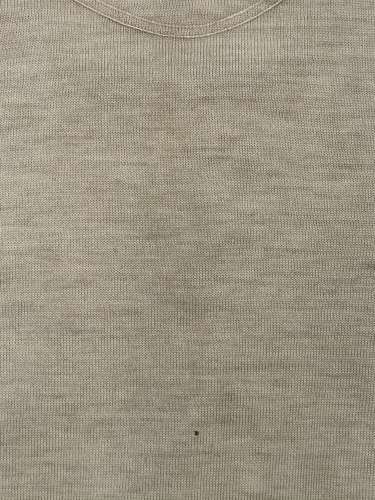 An original British made woolen undershirt dating from the Second World War.

This undershirt originally belonged to a leading aircraftman who served during the Second World War. It came as part of his kit which has been stored since the war and is therefore a guaranteed wartime item.

The construction of the undershirt is typical of the period. It is made from an oatmeal coloured wool which is machine made. It features a round neck and three button fastening which is often referred to as 'Henley' today. The front opening is made from khaki coloured brushed cotton which is very soft to the touch. It fastens with stamped zinc buttons of the style often found on early war manufactured shirts.

The original owner has marked his name and number to the front of the shirt as well as to the inside. It reads '1017195 Payne'. His number has been added a third time to the bottom of the garment.

The top is a smaller size which will suit someone of around a 36" chest. When laid flat it measures -

The item is in good condition with signs of wear and use. There are a couple of small holes as shown in the pictures but overall it displays well. Please study the pictures and bear in mind that this is a pre-worn vintage item which has small issues commensurate with age.

A nice original example which is guaranteed to be wartime!