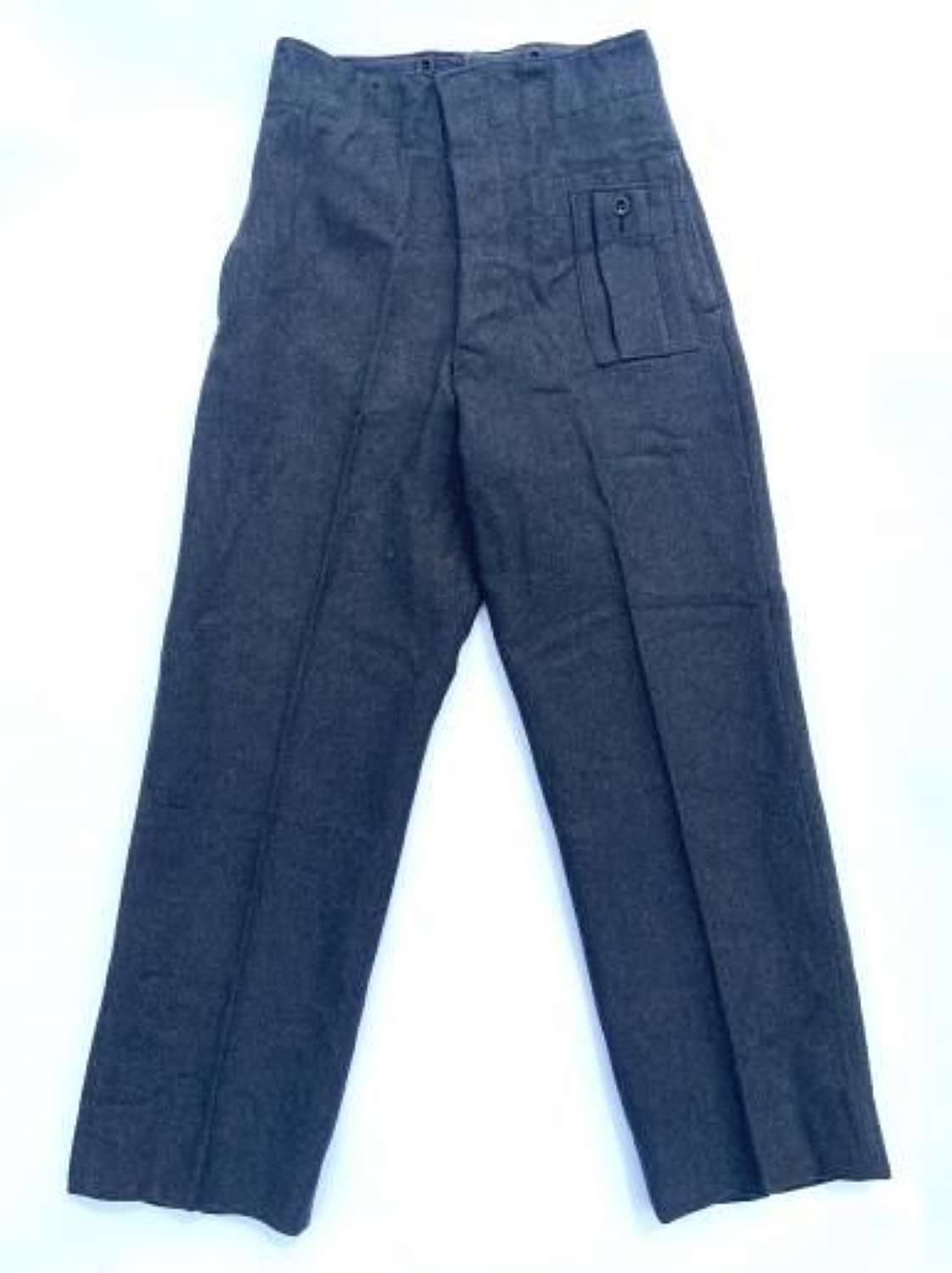 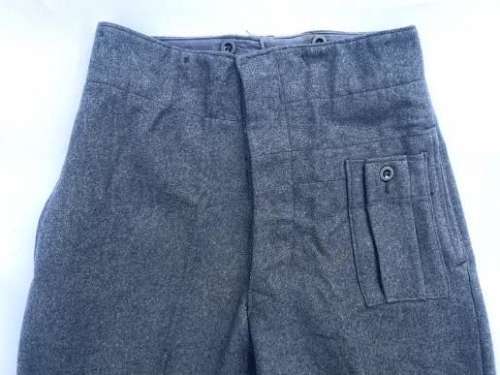 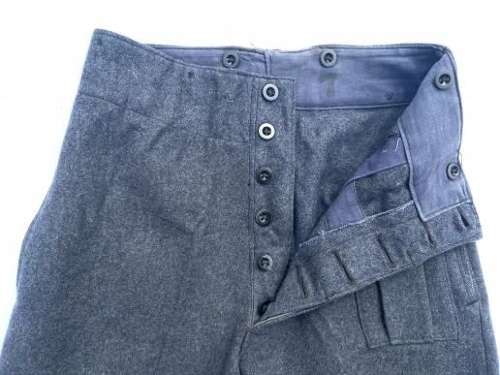 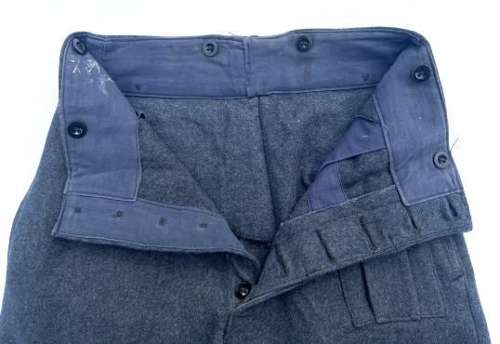 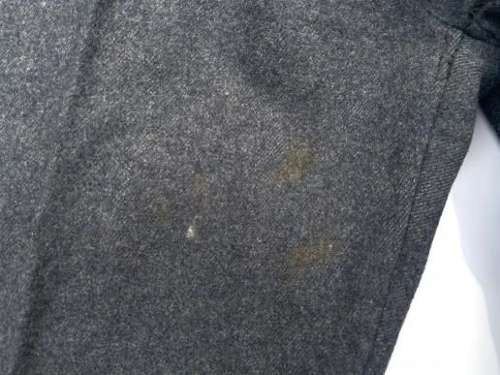 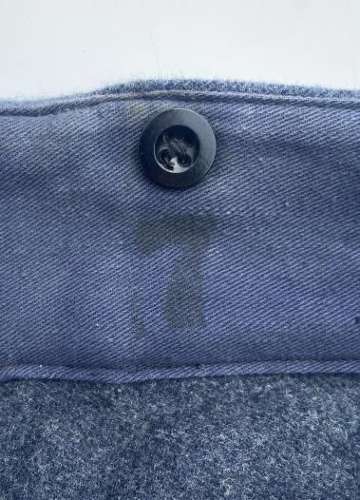 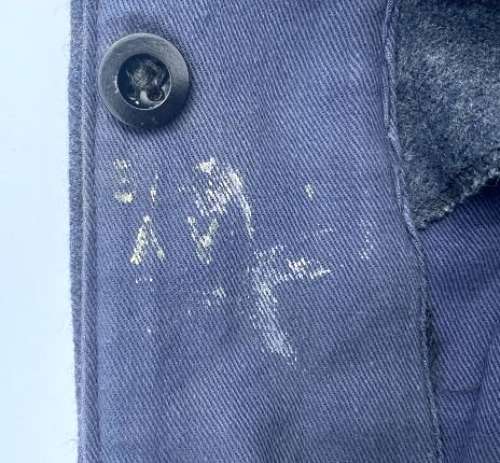 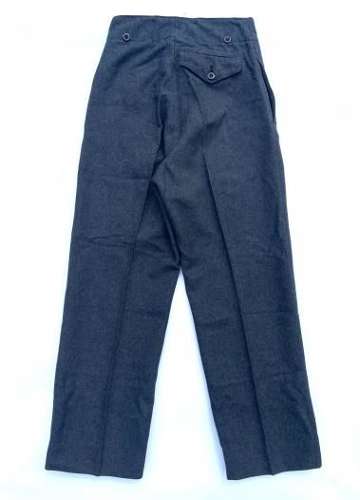 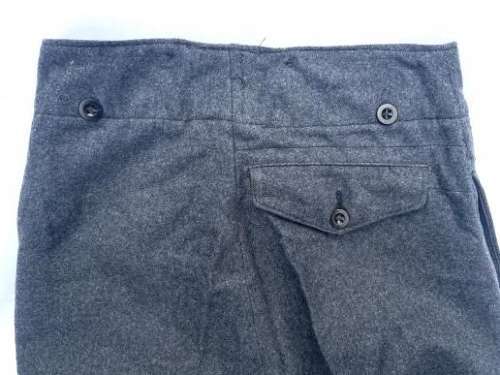 The original label is sadly no longer present but the original size stamp is however and reads '7'. As well as this there are the remains of an Anti Vesicant stamp. Most AV stamped items date from the first part of the Second World War so I would suggest these trousers most likely date from 1943. As far as I'm aware this process was not used post-war which helps to date this trousers.

The original owner has marked his name to one of the cotton drill pocket bags with the service number reading 160232.

There is also 2 1/2" extra material in the leg which could be let out.

The trousers are in good condition with only some signs of wear and use. There is some staining to the front as detailed in the pictures but this is from honest service wear and does not overly detract from how they display. Aside from this they are still a very sound, wearable pair of trousers.

A nice original pair of wartime RAF WSD Trousers. Whilst not in perfect condition they still display well and could make a good addition to any RAF collection.