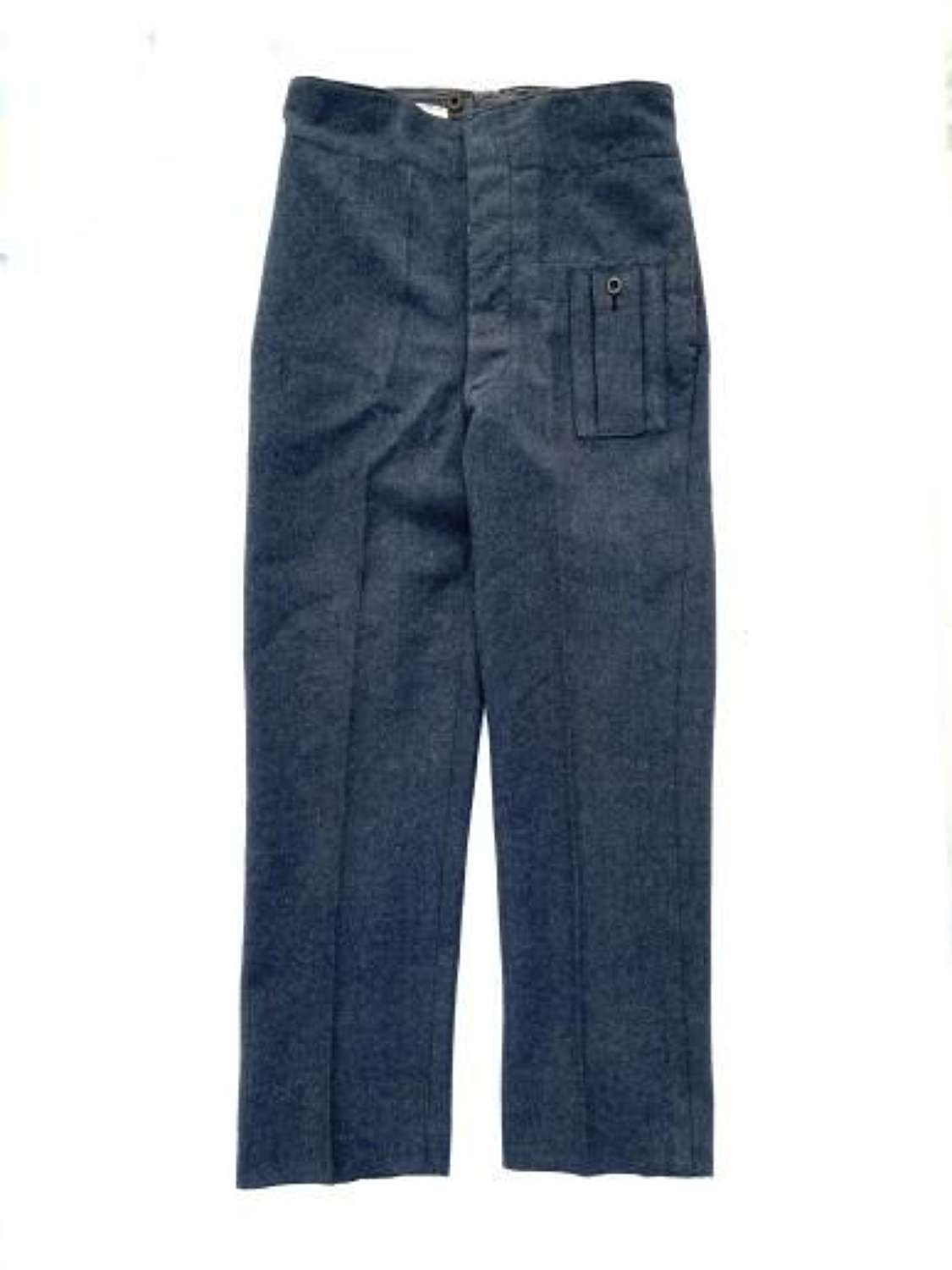 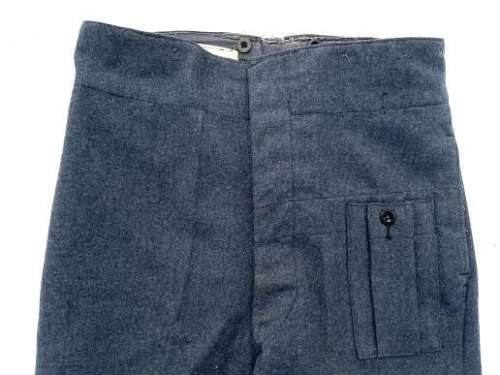 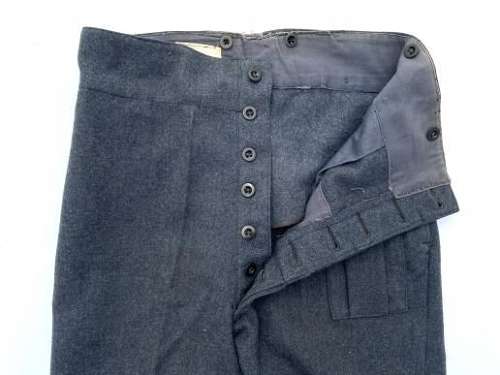 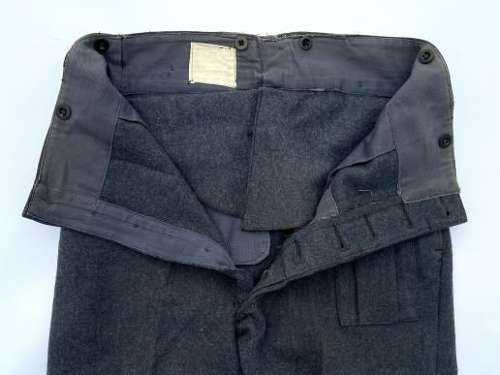 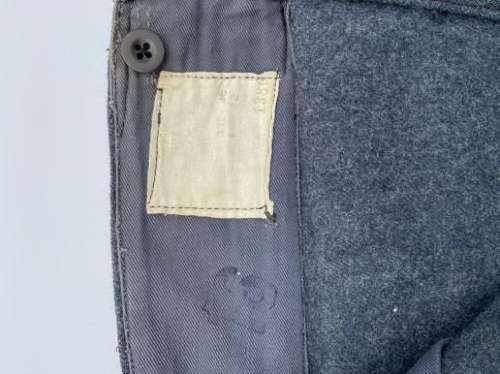 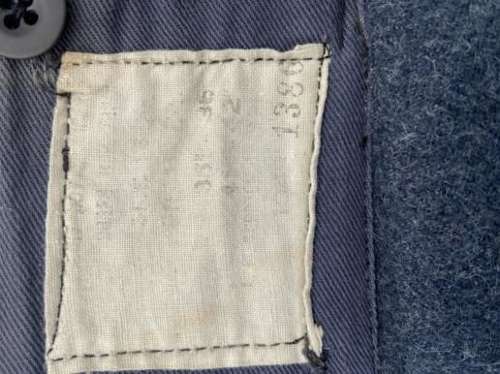 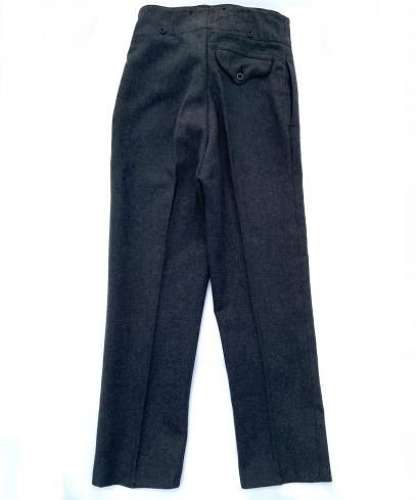 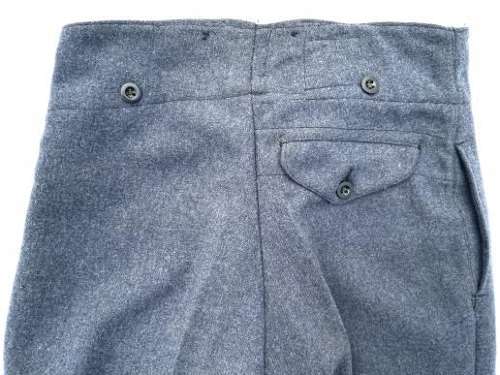 An original pair of RAF War Service Dress Trousers dating from the Second World War and in good condition.

Inside the trousers retain their original label which is sadly somewhat faded, leaving the information hard to read. The date is present but hard to read as is the sizing and the War Department broad arrow marking. The trousers are a good size and when laid flat measure -

The condition of the trousers is very good and they display well. There are a couple of very small holes to the legs which are only noticeable on close inspection. Aside from this there is only limited signs of service wear and use.

A nice pair of original WW2 RAF trousers in a good size which would suit a re-enactor or collector well.