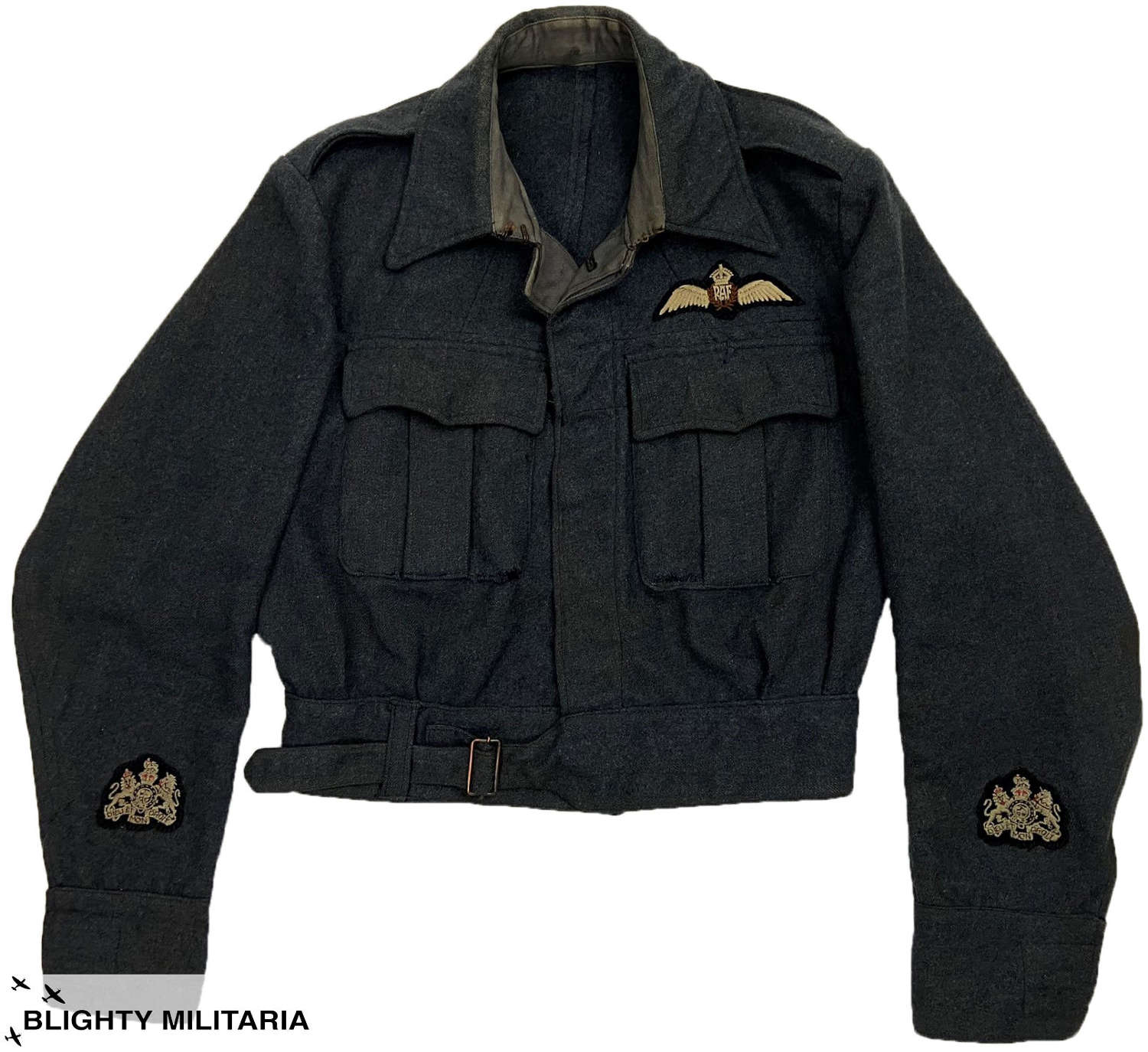 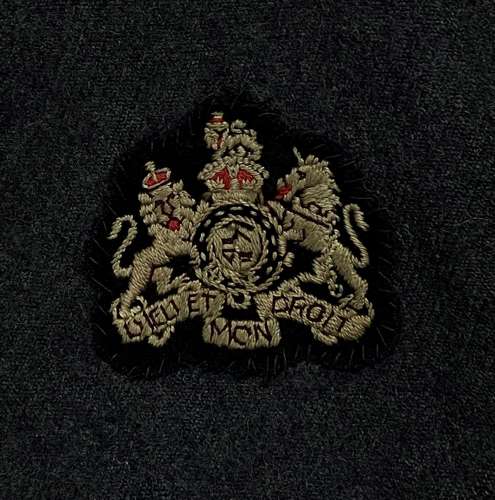 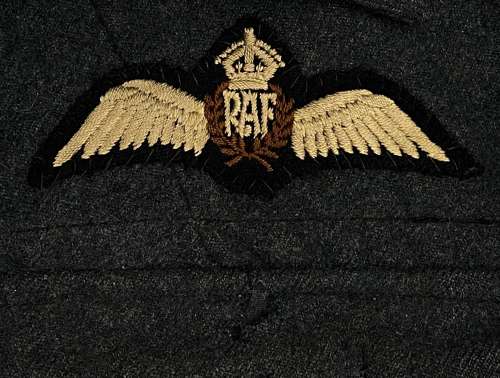 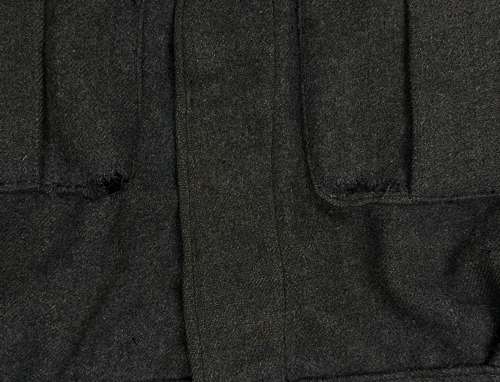 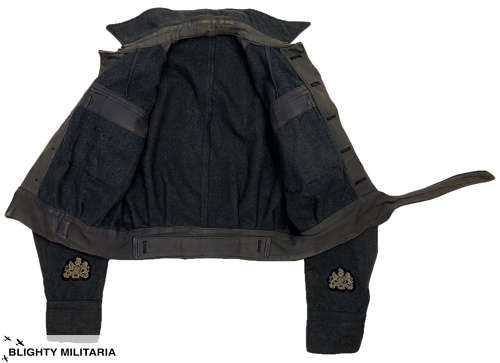 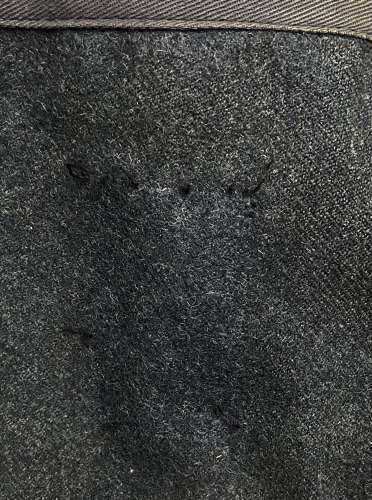 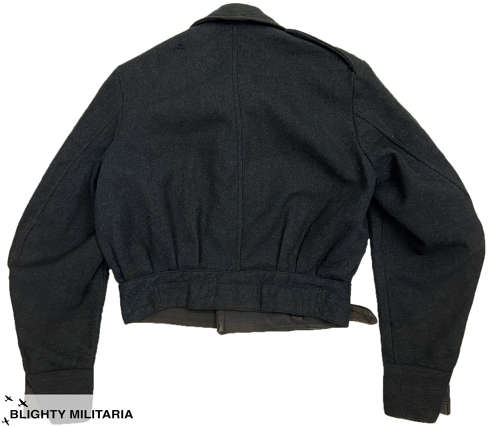 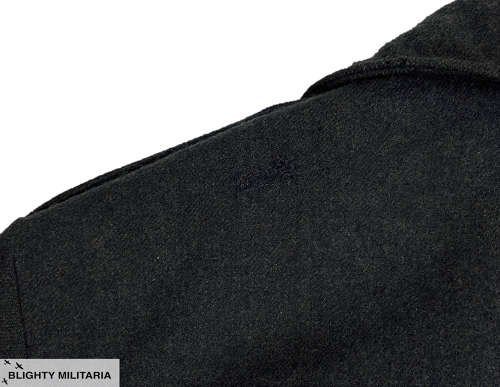 The jacket itself is a standard wartime issue example made from RAF blue coloured serge wool. It features a wire waist belt buckle which may suggest early manufacture and has been fitted with flat pattern King's crown pilot wings and warrant officer rank badges. Black plastic buttons are fitted throughout with one of the cuffs featuring a button replaced by myself. The label has been removed from the interior and there is no name anywhere inside the jacket. This came with the grouping listed separately and I have no reason to believe that it did not belong to Cyril Jeboult Jones.

The jacket is in worn condition and has suffered from moth damage. This is particularly bad along the bottom of both pockets and there is a large hole to the rear shoulder which has been repaired. There are many other smaller areas of damage to the wool. As well as this there are the usual signs of service wear.

This jacket is not in great condition and this has been reflected in the price. None-the-less it is an original aircrew badged example which would still make a good addition to a WW2 collection.