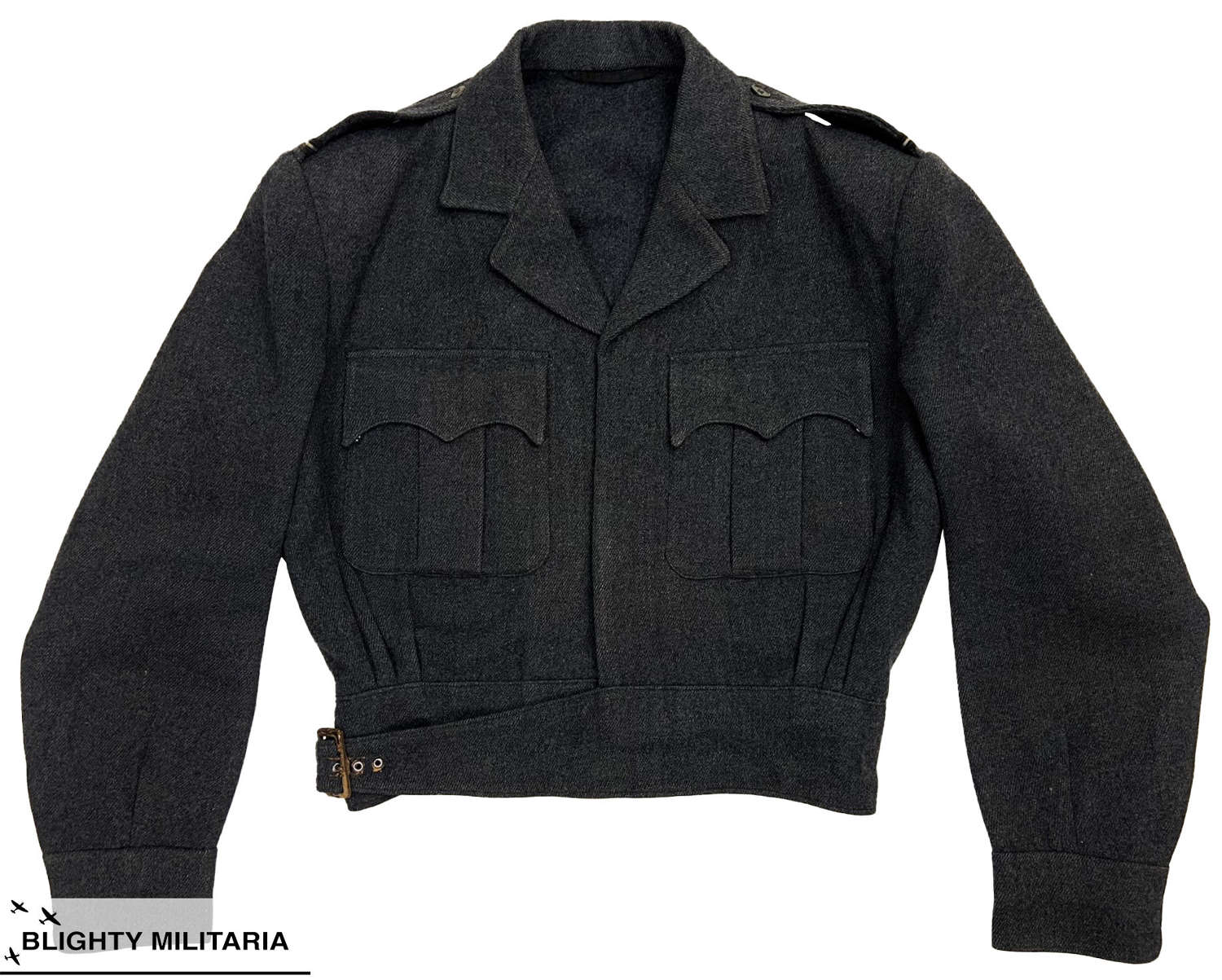 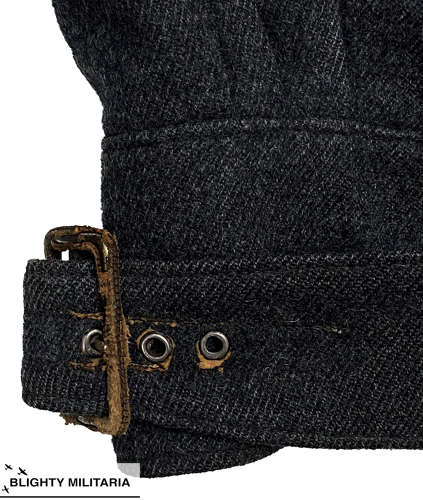 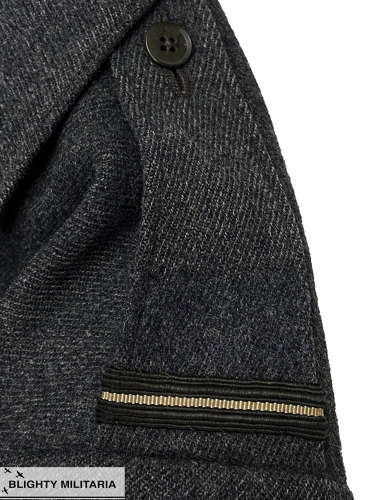 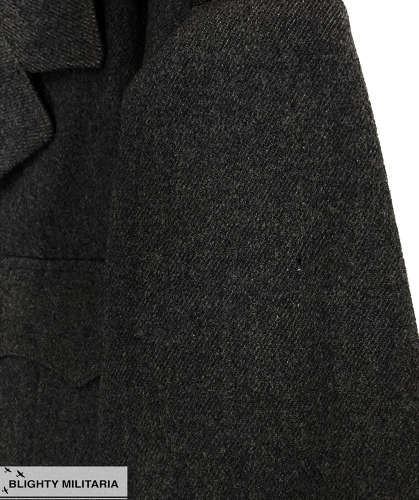 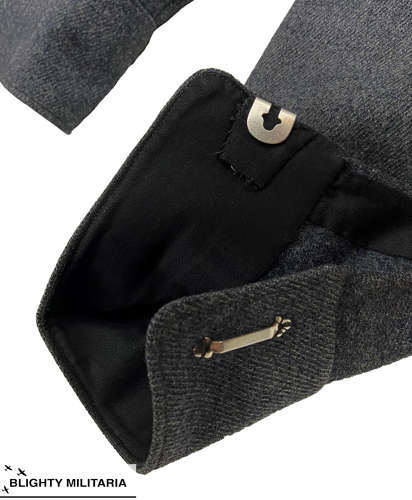 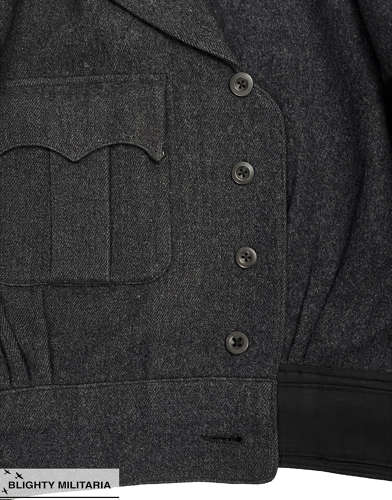 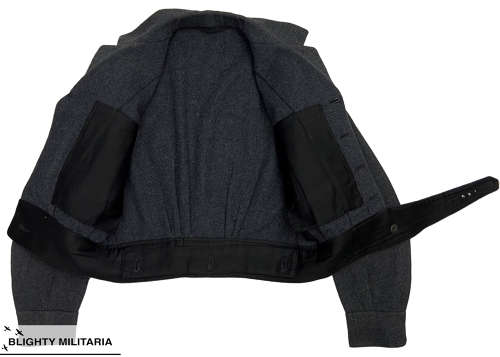 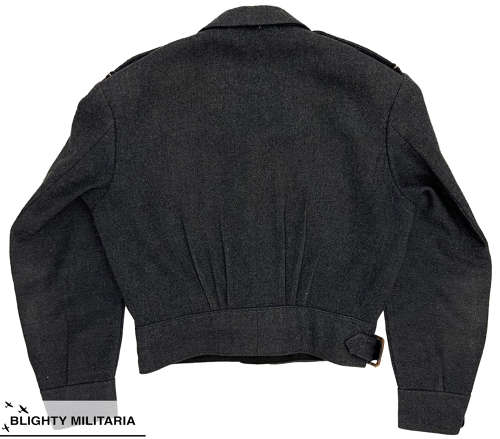 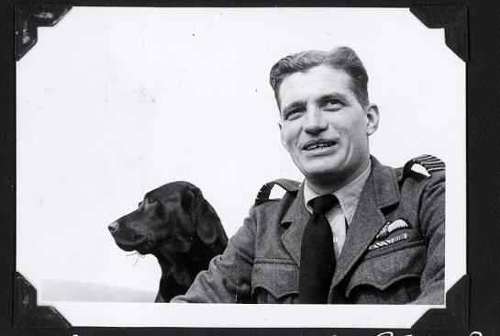 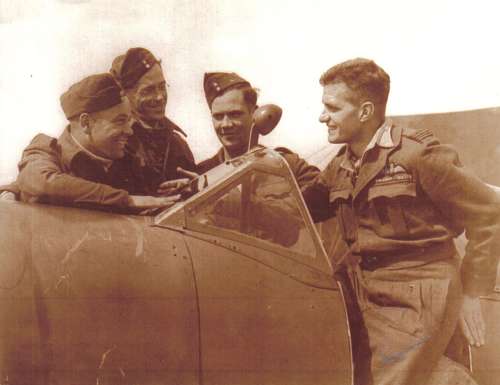 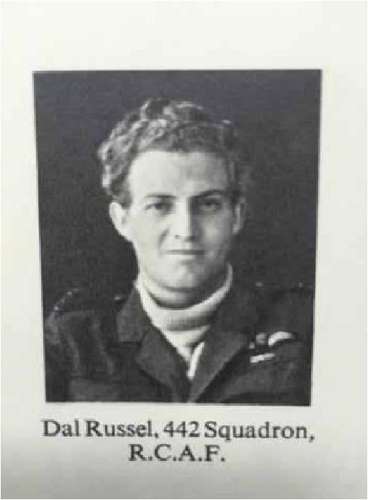 Whilst open collared battledress jackets are usually associated with post-war jackets, this is not always the case. Higher ranking officers in the British Army and RAF were either having issue jackets converted to an open, notched lapel collar or having them tailored made as early as 1943. This style is often overlooked and dismissed by collectors although there is plenty of evidence that this style was worn. One of the most famous pilots to wear this style was Johnnie Johnson and there are a number of pictures of him wearing this style jacket of which two are included here. I have also included a picture of Canadian pilot Dal Russel of 442 Squadron who is also wearing a jacket tailored in this style.

This particular jacket is tailor made rather than converted. It is made from an RAF blue coloured wool serge and features the notch collar previously mentioned. Pleated pockets with RAF style scalloped pocket flaps are present to the chest and epaulettes are fitted to each shoulder. The epaulettes feature a single rank strip to each side although there is clear fading showing where three strips were originally fitted - a much more befitting rank for a private purchase item such as this.

Of particular note is the leather covered, single pronged waist buckle and metal eyelets fitted to the waist belt. This is a typical period feature although not usually on battledress! Also of interest is the metal hook and eye fasteners which have been used to secure the cuffs rather than buttons.

Inside the jacket features twin interior pockets which are made of black material which could be silk or possibly a rayon mix. Shoulder pads are fitted and button holes are located to the waist in the same arrangement on standard BD which suggests this was intended to be worn with issue trousers.

The jacket is a smaller size which will suit around a 36" - 37" chest. When laid flat it measures -

The jacket is in good condition as can be seen in the pictures. It shows only limited signs of wear and age with the only flaw I can find being a small hole to the left sleeve (picture 4).

Altogether a lovely WW2 period jacket which is of much higher quality than issue examples and really stands out!