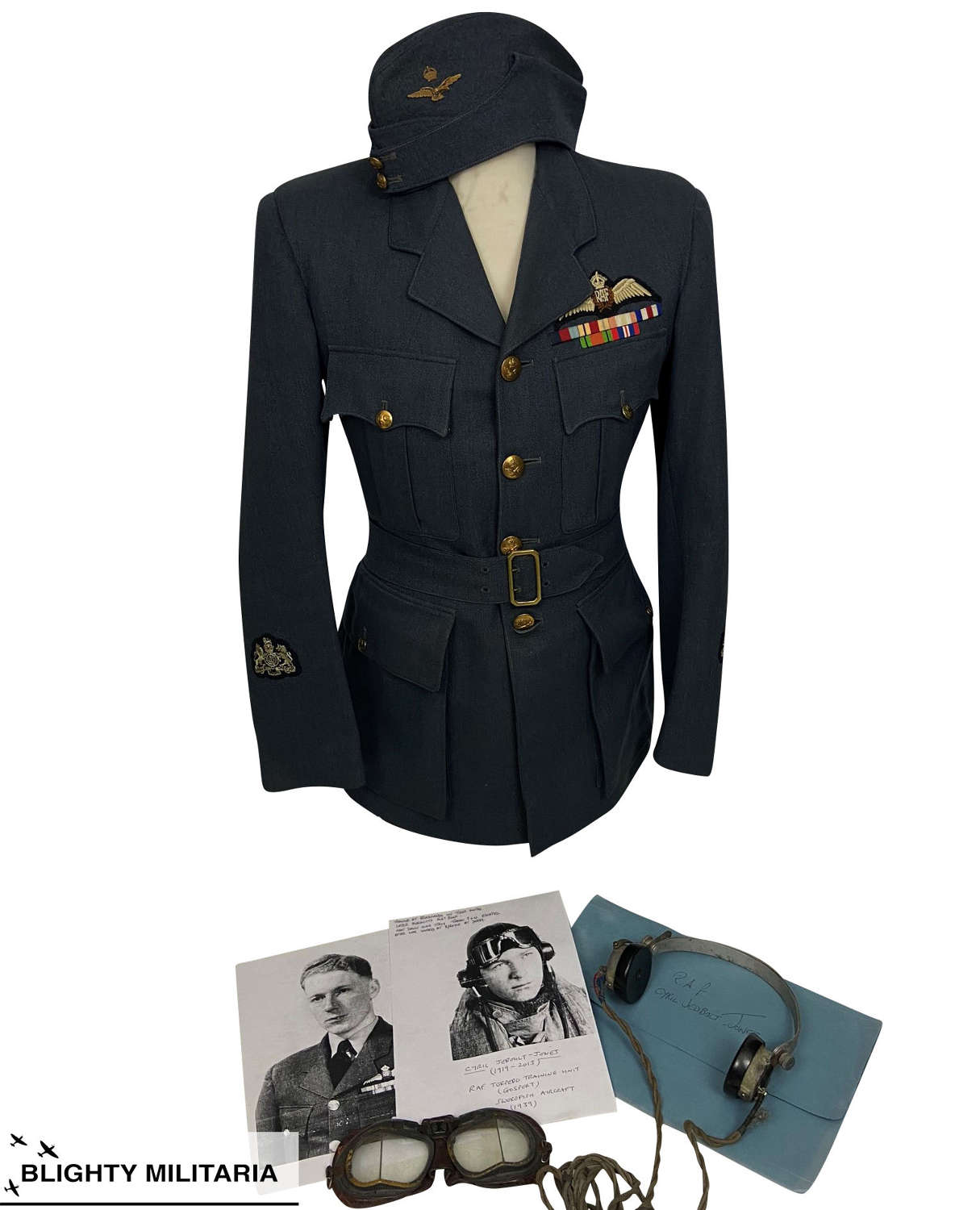 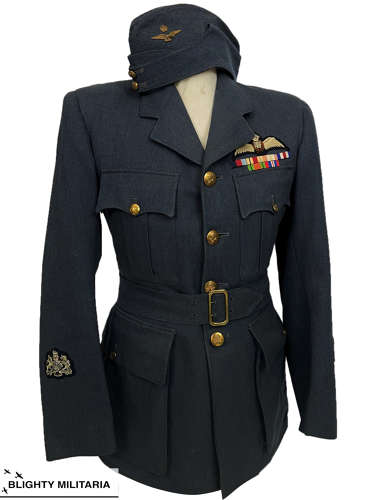 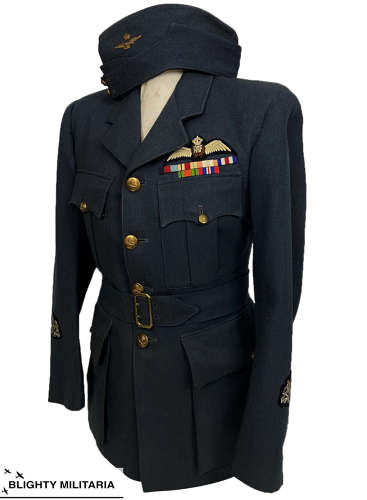 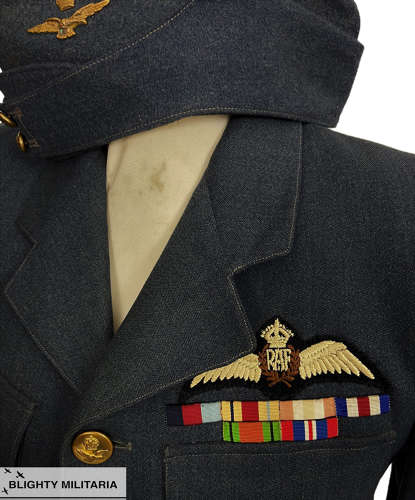 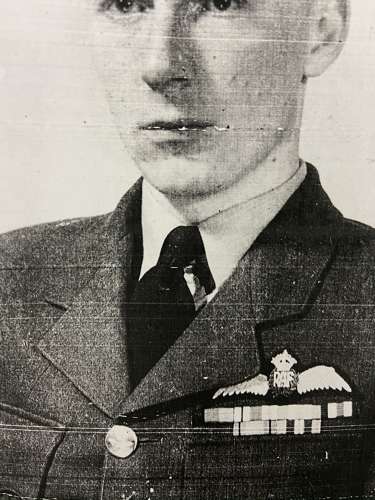 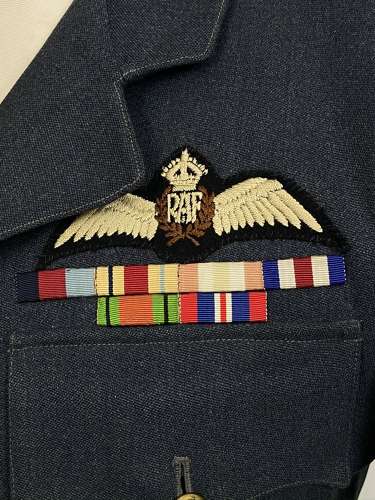 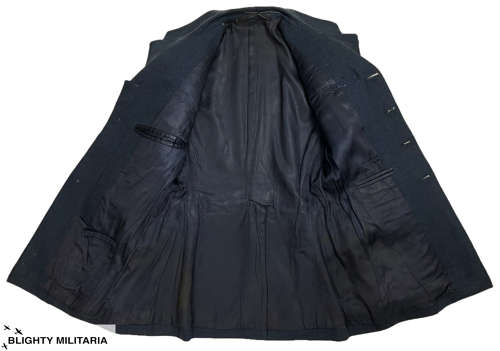 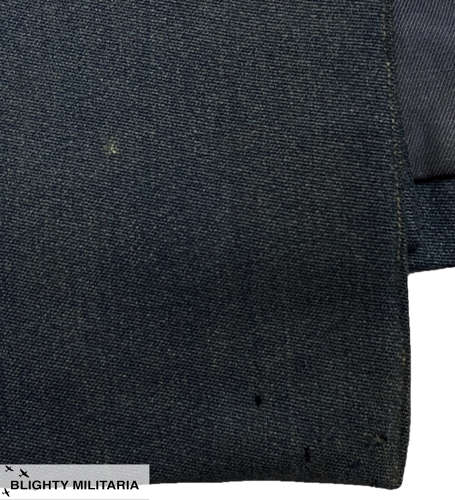 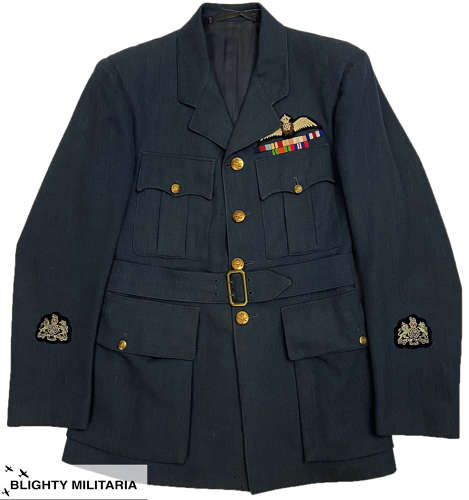 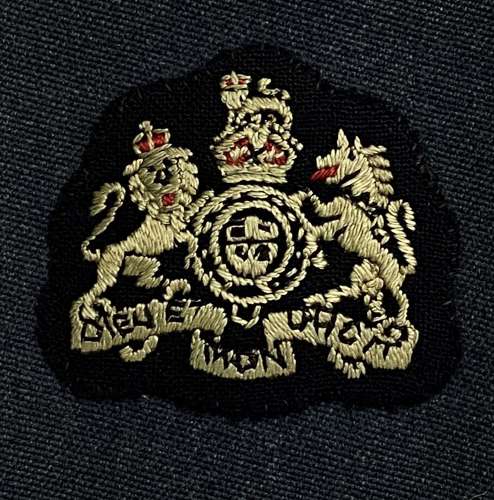 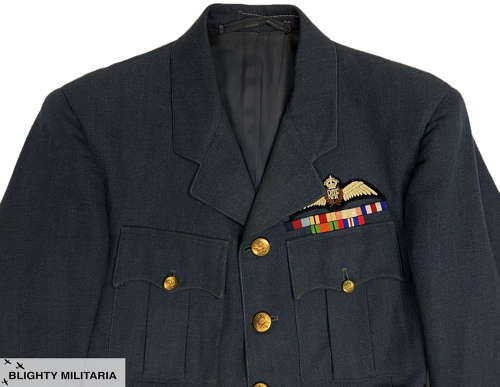 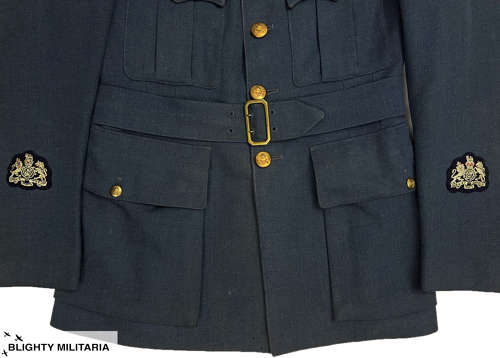 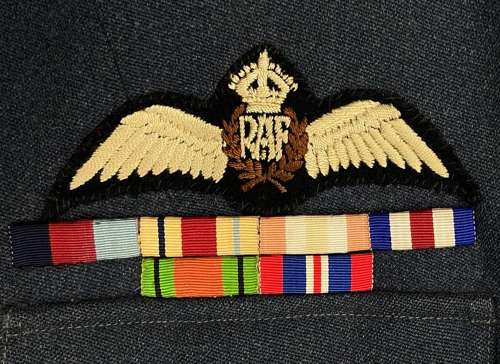 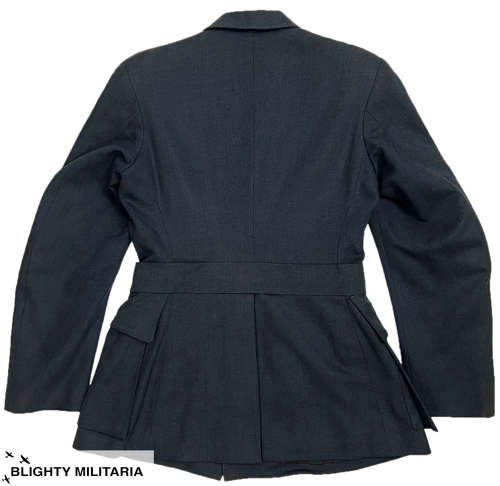 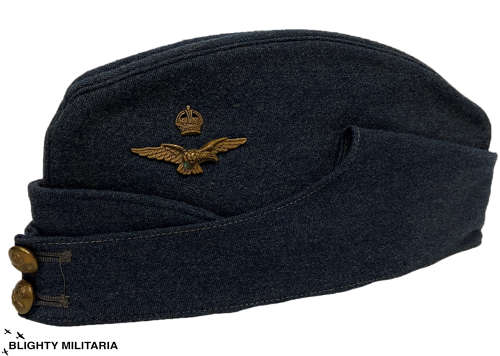 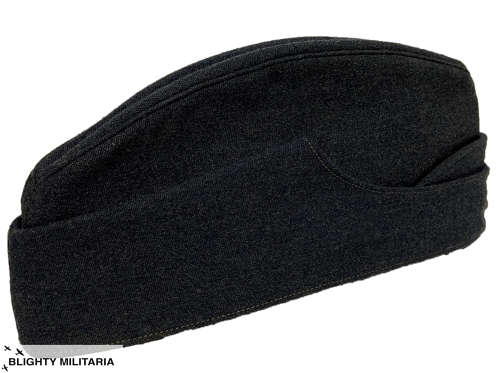 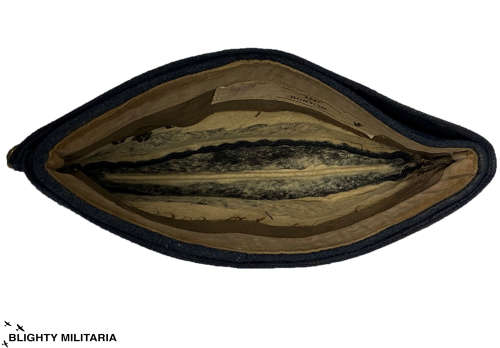 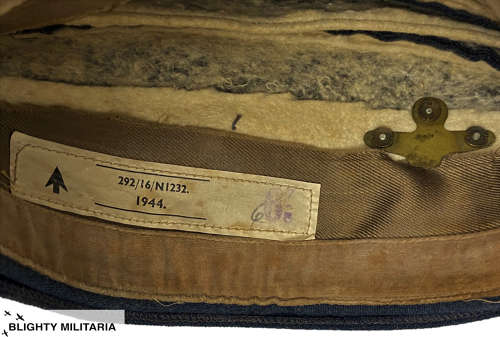 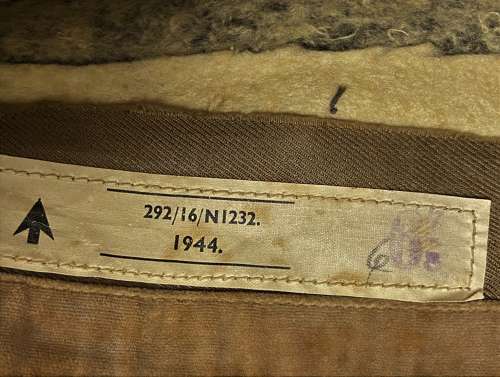 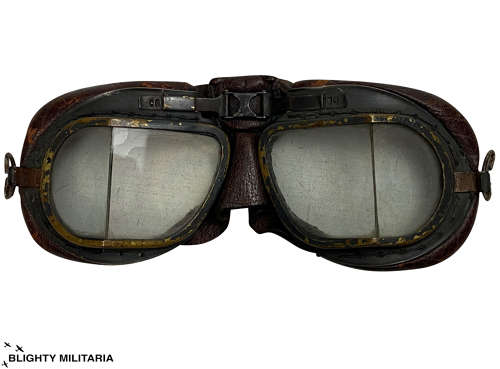 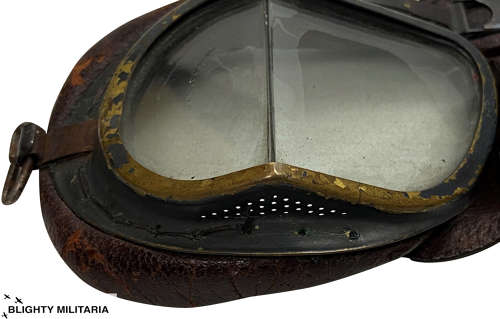 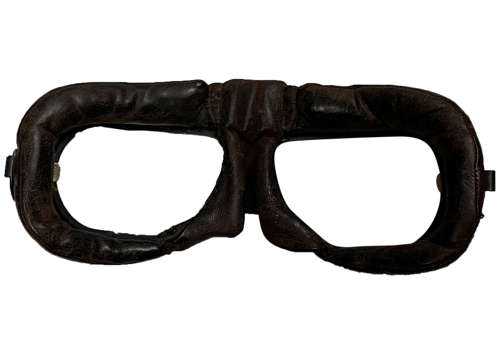 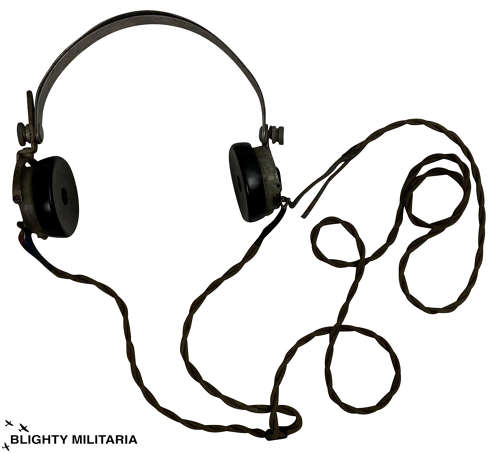 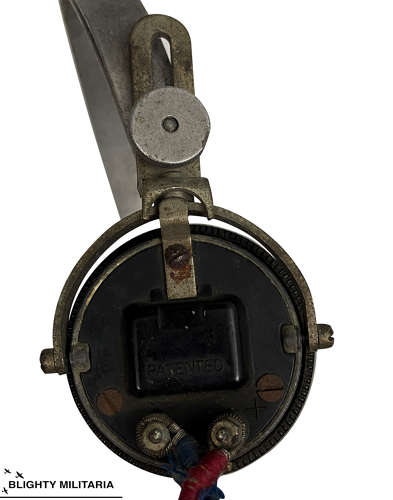 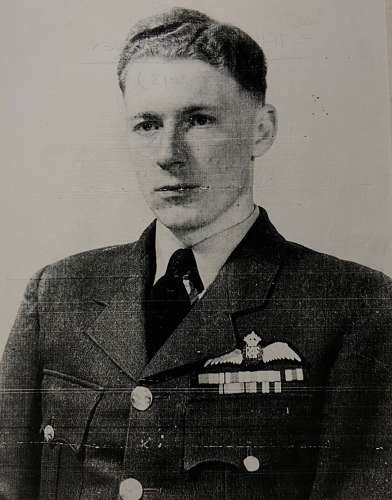 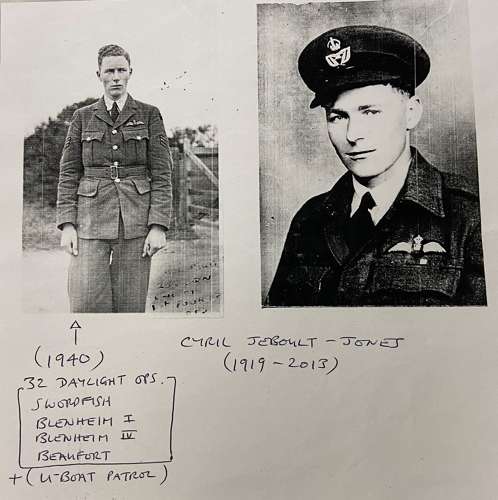 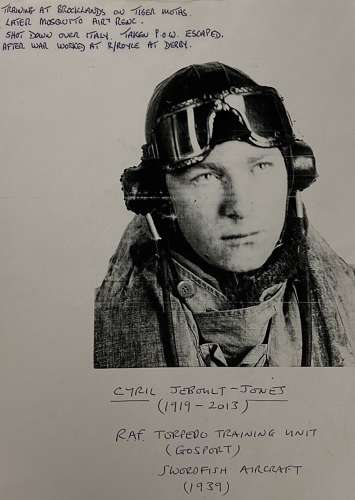 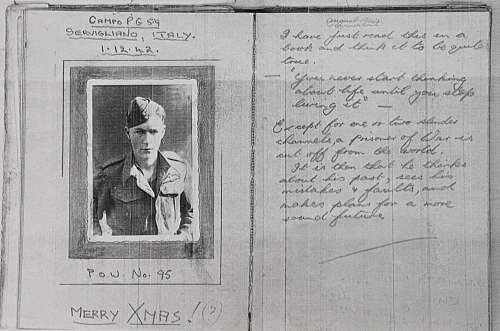 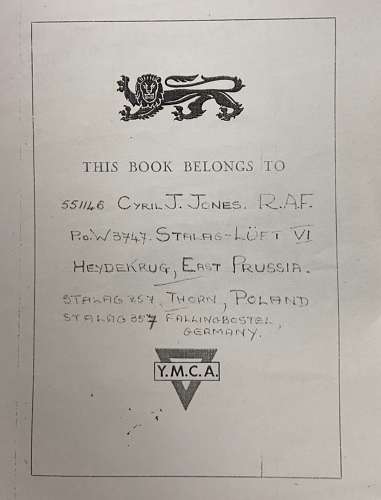 Sadly none of the items bear his name but they did all come together and I did not want to split them. Whilst there is no name in the tunic it is clearly the same jacket shown in the portrait of Cyril. The light coloured stitching around the lapel is evident in the picture and the positioning of the wing and medal ribbons is an exact match.

The tunic itself is a very standard wartime example. Made from RAF blue coloured barathea wool, it features brass kings crown buttons throughout and a brass buckle is fitted to the integral waist belt. The interior is fully lined in rayon and features a first field dressing pocket to the skirt. Each sleeve has a Warrant Officer's rank badge stitched to it and above the left breast pocket is a flat pattern pilots wing and a set of medal ribbons. The jacket is in good condition with signs of wear and use including some staining and fading. There is a small group of holes to one corner of the skirt and there is damage to the rear of one of the sleeves.

Also included in the grouping is a field service cap which is a nice issue example. It is made from RAF blue coloured barathea wool and features two brass King's crown buttons to the front and a brass cap badge to the side. The interior is lined with rayon and features a suede sweatband. Part of the rayon lining has been removed for some reason but this does not affect the way the cap displays. The original label is still present to the interior and is bright and legible. It bears the contract number, 1944 date, War Department broad arrow marking and the size of 6 7/8. Overall it is a nice example which displays well.

A pair of original wartime MK VIII goggles also form part of the group. They feature blue painted brass frames which have the rolled edge associated with wartime production goggles. They also feature small vent holes to the underside of the frame which are another trait of wartime goggles. They are well worn and no longer retain their strap.

A period headset is also included as is a set of photocopied paperwork. This includes pictures of Cyril along with a complete copy of his diary which details various things about his time as a POW etc.

A nice original wartime grouping which offers the chance of further research.

I also have the battledress blouse which came with this grouping which will be listed shortly.