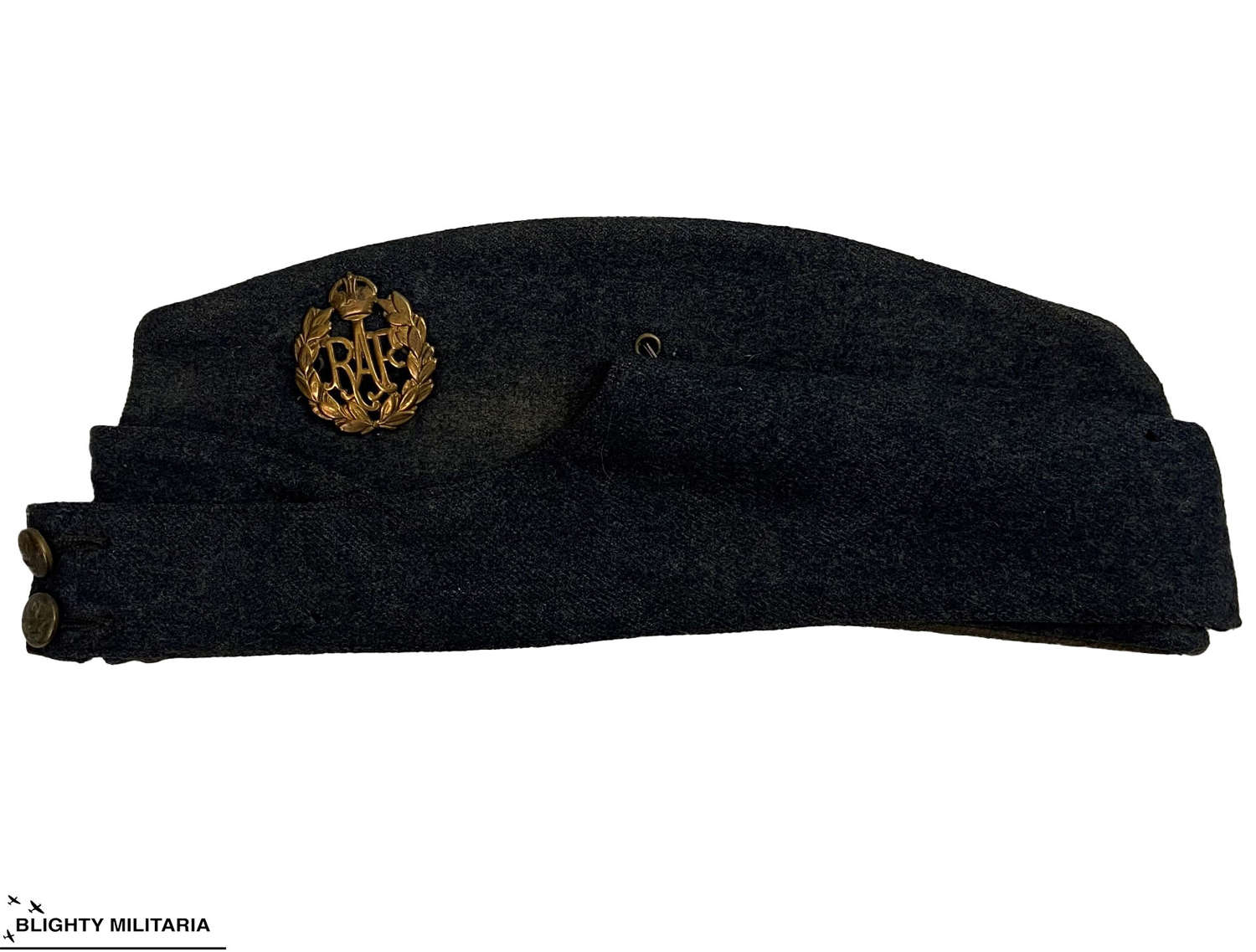 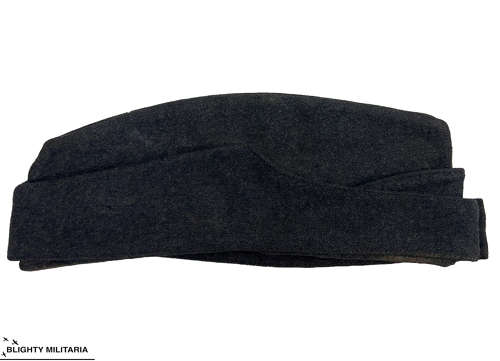 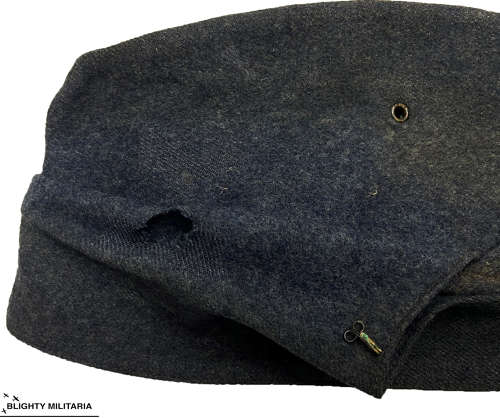 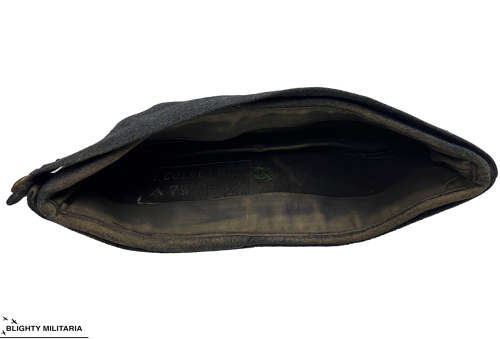 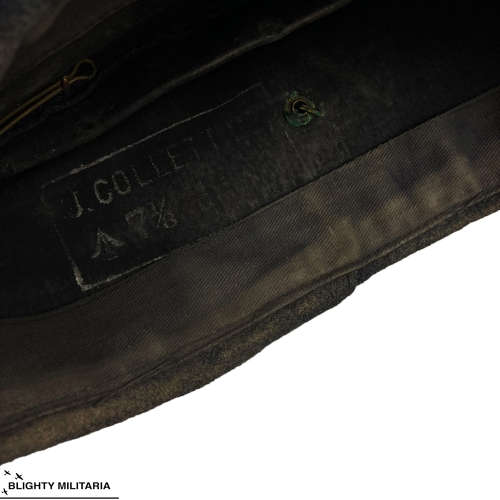 An original RAF Ordinary Airman's Forage cap in a size 7 1/8 and dating from the Second World War.

This hat belonged to Donald Woodmouth Clarkson 1115089 who joined the RAF between september 1939 and February 1940. He served throughout the Second World War and saw service overseas in the Far East.

Inside the cap the original markings are still present and are legible. The maker's name of 'J Collett Ltd' is present below which is the War Department broad arrow and the size of 7 1/8.

The cap is in well worn condition and is clearly the cap that Donald wore throughout the war. The nap of the serge wool has worn down and the cap is grubby both inside and out. There are some holes to the skirt although these are only visible if it is folded down. Please study the pictures before purchasing and bear in mind that this is a well worn example with various issues pertaining to age and wear.

A nice original RAF cap which is attributed and guaranteed to have been worn during the war. This would make a great addition to any WW2 collection!