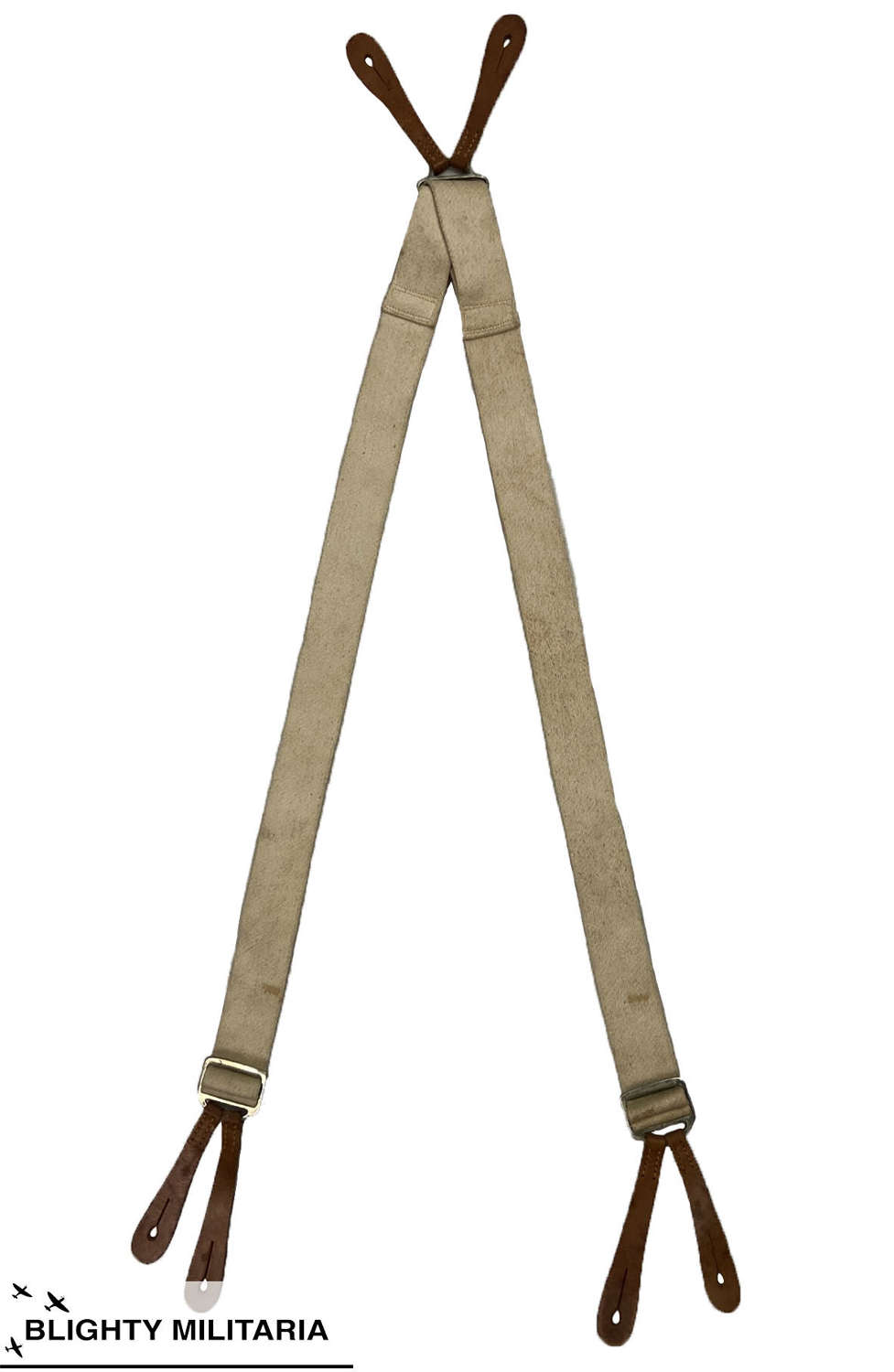 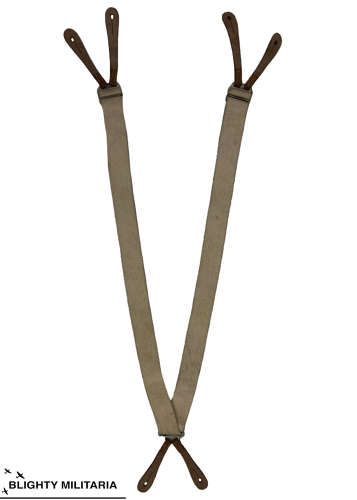 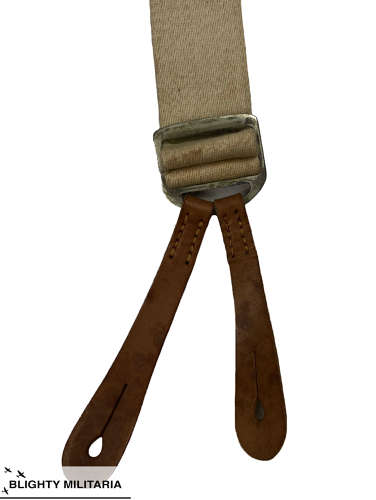 An original pair of RAF Ordinary Airman's Braces which belonged to Thomas Wingfield Broomhead who served during the Second World War.

1146247 Broomhead enlisted in the RAF Volunteer Reserve scheme sometime between September 1939 and February 1940 meaning he would have served during the Battle of Britain. He was trained as a wireless operator and was promoted to Corporal.

This pattern of braces remains more or less unchanged from those issued in the Great War. They were replaced in the immediate post-war years with the grey elastic style. They were issued to Ordinary Airmen in the RAF throughout the Second World War as well as to Ordinary Ranks of the British Army.

The braces are made from a white cotton tape and feature metal buckles to adjust the size. Vegetable tan leather tabs are fitted to each end and button onto the trouser brace buttons.

The overall condition is good with some signs of wear and age and some marks etc. Please study the pictures before purchasing.

A guaranteed original pair of wartime RAF braces. The matching trousers and tunic are available in separate listings.