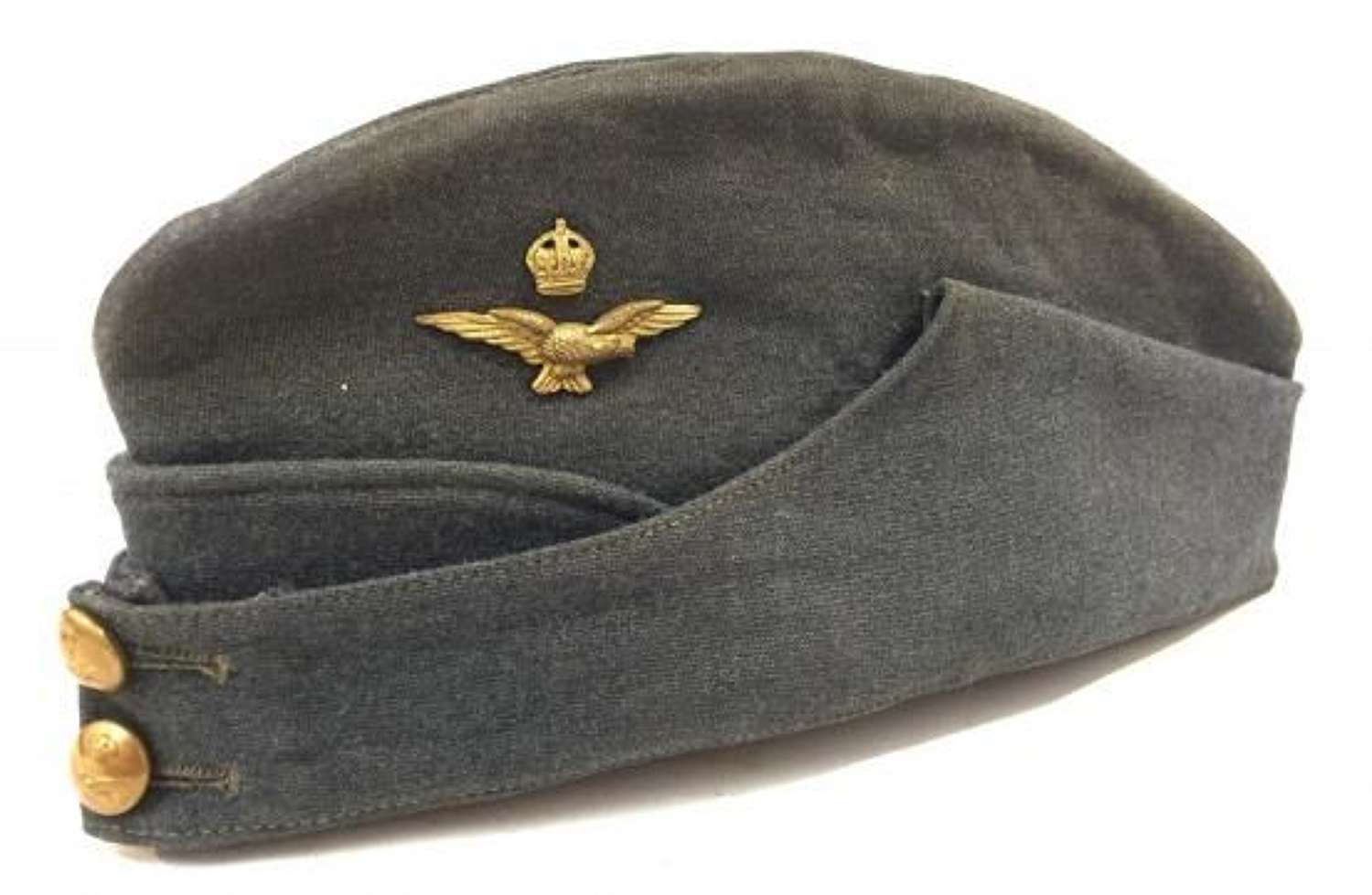 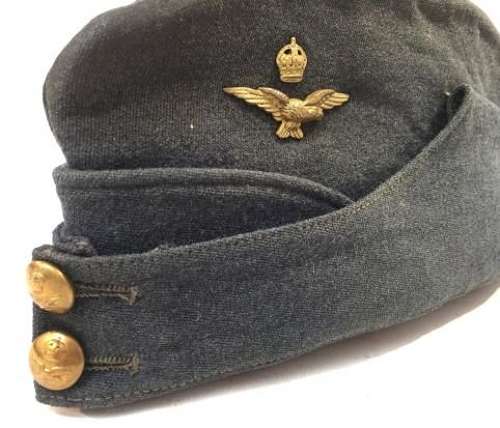 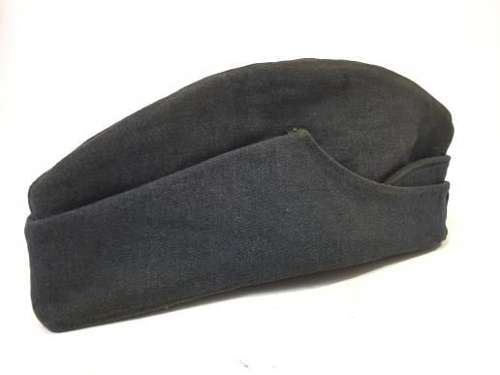 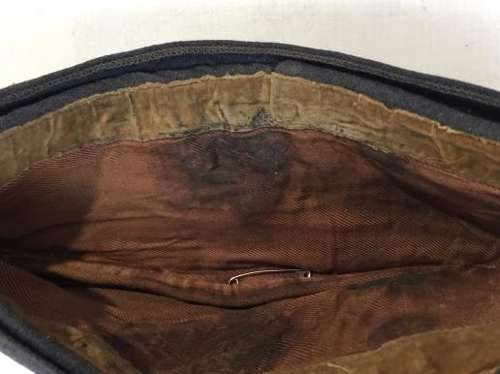 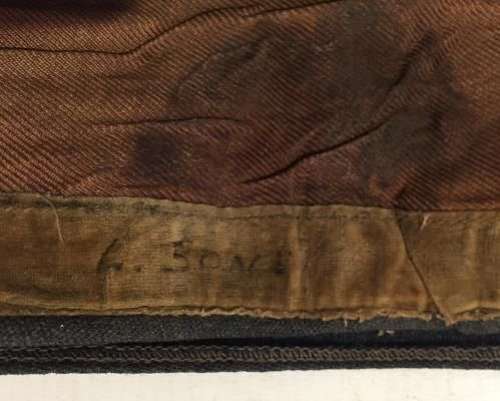 SOLD
An original World War Two RAF Officers Side Cap as worn by both Warrant Officers and Commissioned Officers during the Second World War.

These caps were a popular alternative to the peaked cap for RAF officers as they were much easier to store in a pocket or similar. They were worn throughout the war in all theatres.

The cap is pretty standard featuring a brass kings crown badge and two brass RAF buttons which is correct for WW2 examples. Inside the cap the original owner has added a safety pin to stop the cap gaping open at the top. This was a common thing to do at the time and a nice original period feature which adds to its character and story.

This example has clearly seen a lot of use and has that 'been there' look which is impossible to replicate. Whilst it is grubby it oozes character and really looks the part, arguably more so than a mint unissued example.

The cap is named inside to 'L. Bone' which may be traceable.

The cap is on the smaller side and is approximately a size 6 7/8.

Overall a very authentic cap which display really well and has clearly seen some action. If only it could talk!