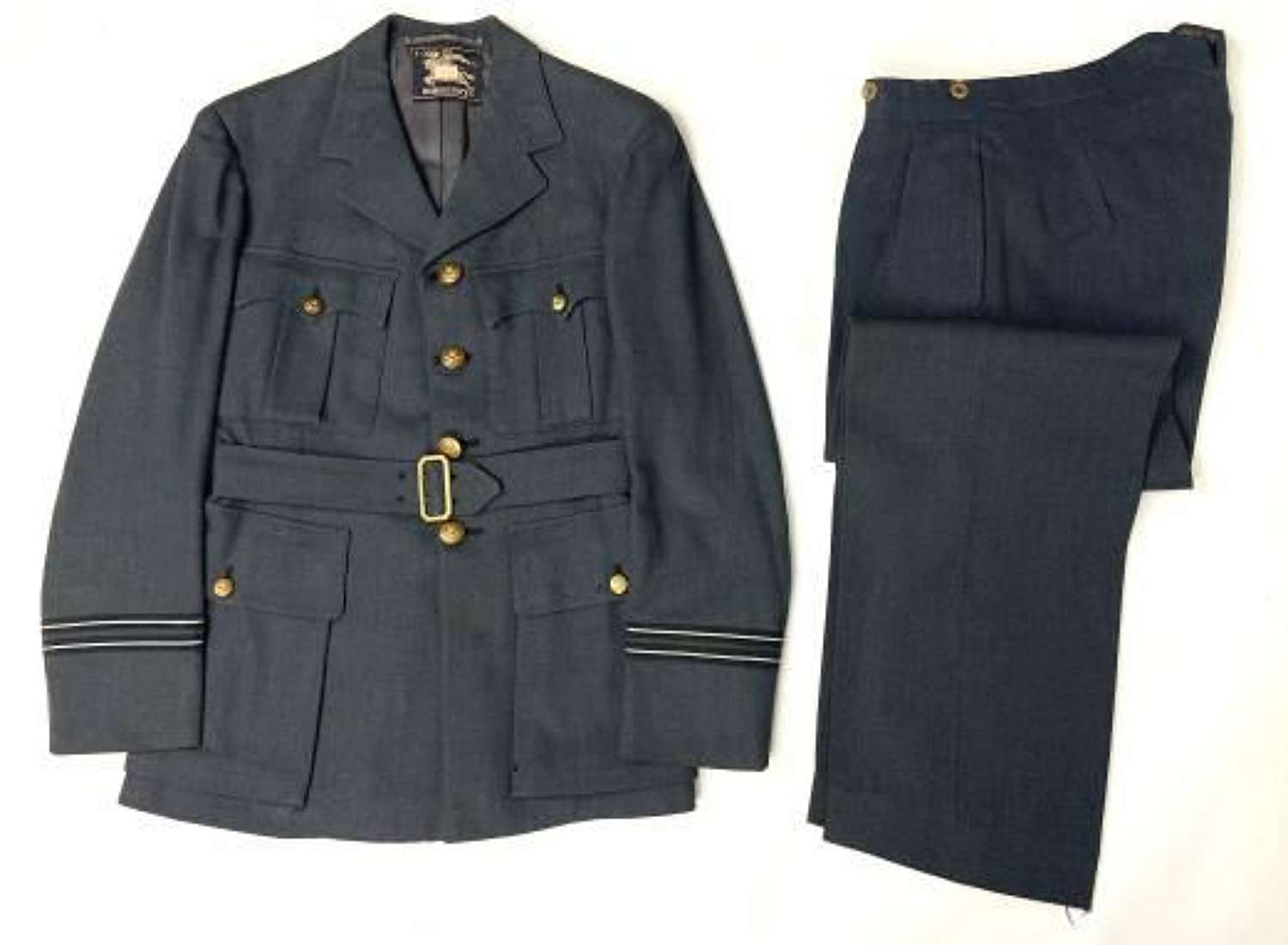 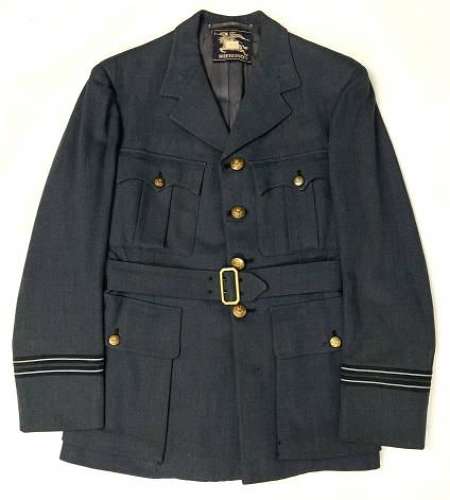 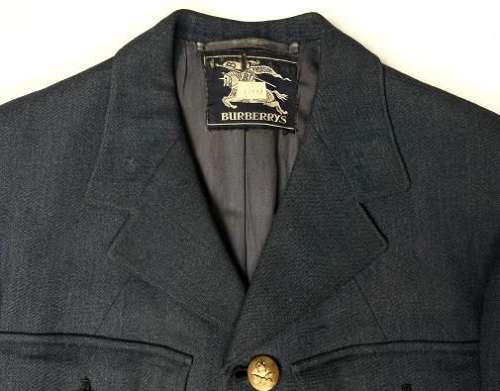 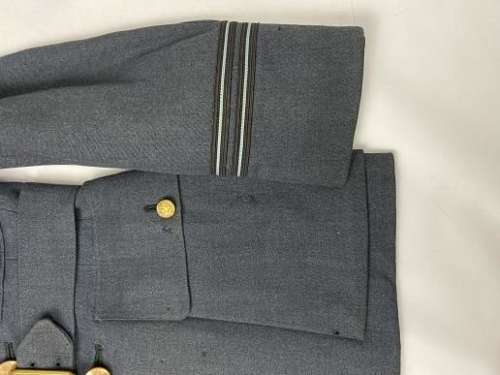 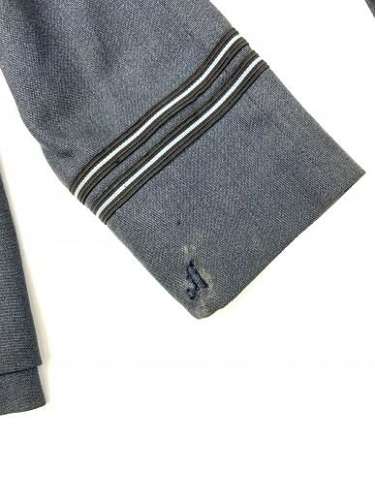 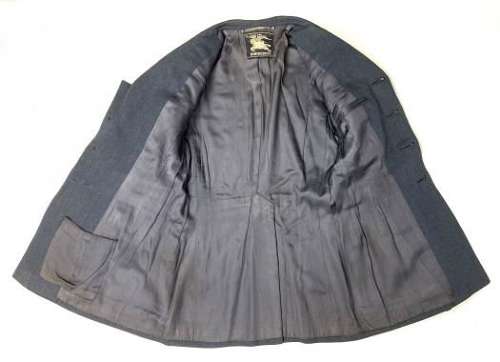 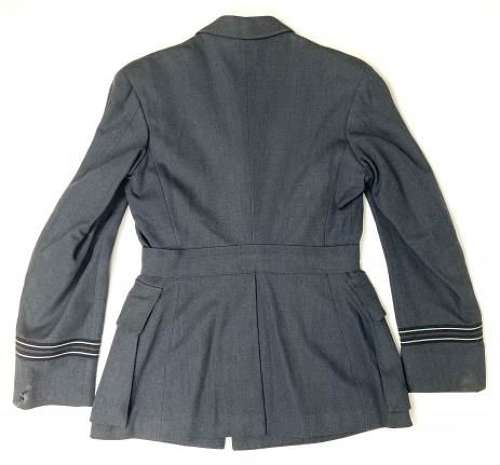 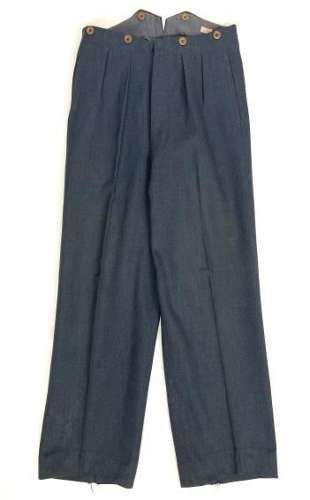 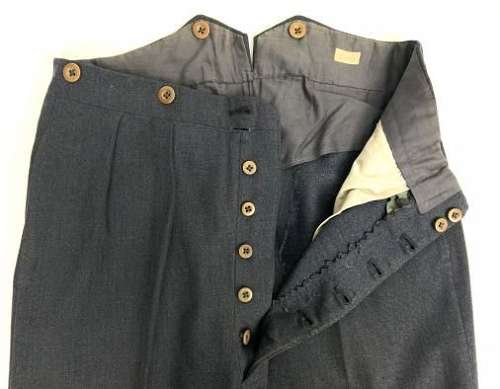 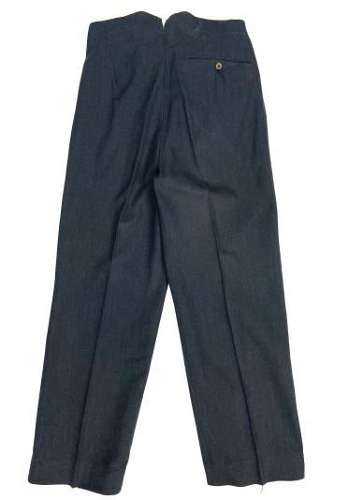 SOLD
An original matched set of RAF Officers Service Dress in good condition and dating from the Second World War.

This uniform is the pattern used by all RAF Officers throughout the Second World War and was superseded shortly after the conflict by a three button version. This genuine wartime example features a full set of brass kings crown buttons and matching brass belt buckle as well as rank braid to each sleeve denoting the rank of Flight Lieutenant.

Both the jacket and trousers are an excellent match and have clearly always been together. They are both worn in but this is consistent over both articles.

Inside the neck of the jacket the original manufactures label is still intact and reads 'Burberry's' - a now easily recognisable and iconic label. The trousers feature the same 'Burberry's' name marked to each button but there are no other labels aside from the main one in the neck.

The set came with a pocket square and three pieces of RAF paperwork which date from the post-war period and bare the name 'Flt Lt J W G Smith who could well be the original owner of the uniform as the rank matches. Whilst the documents are post-war, it was common to keep using a uniform for many years, especially if the owner passed into a part-time volunteer scheme or similar in the 1950s. I have briefly search the name and I found a match with a Mosquito pilot of 128 squadron who flew in the later part of the Second World War.

In terms of size, this set is on the smaller side and will fit around a 36" chest and a 30-32" waist depending on desired fit.

The suit is in well worn condition and clearly saw plenty of action in its day. It is somewhat washed out but does have a good 'been there' appearance and is clearly the real deal. There are a few holes to the front around the bellows pocket as illustrated and a large hole to the rear of the cuff, which is again is documented in the attached pictures and taken into account with the price. The trousers are generally sound but have some discolouration and fraying to the hems.

All in all a good original wartime Service Dress uniform maybe by a well know outfitters which would suit both a collector and re-enactor well.