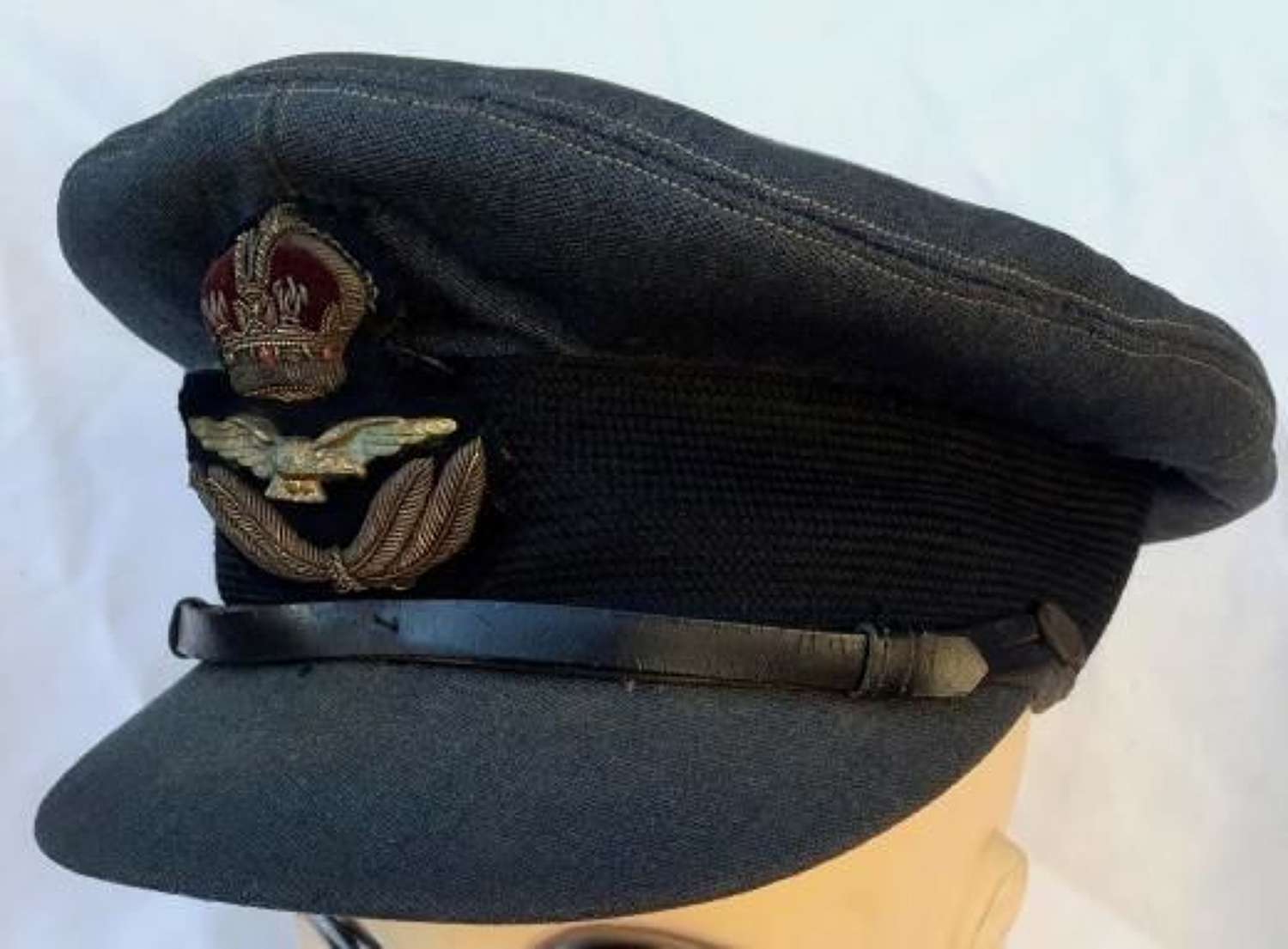 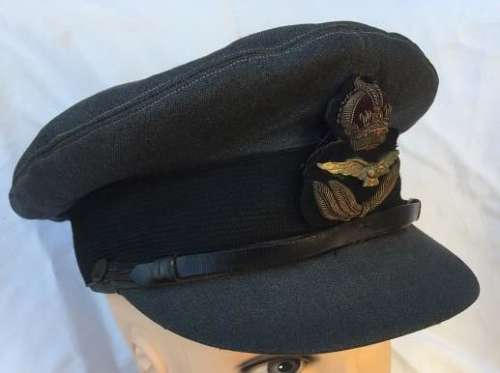 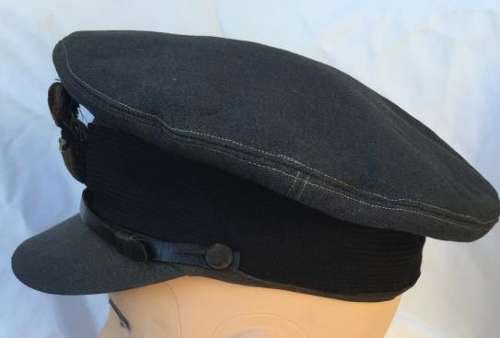 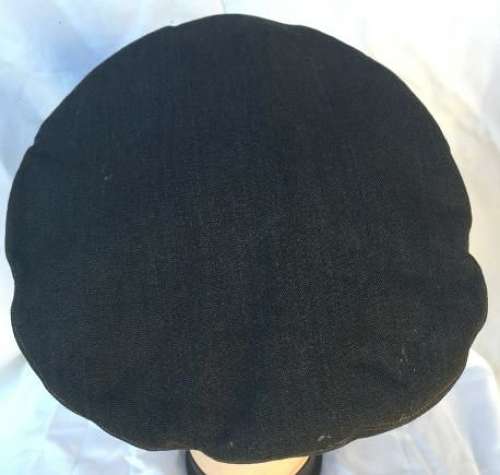 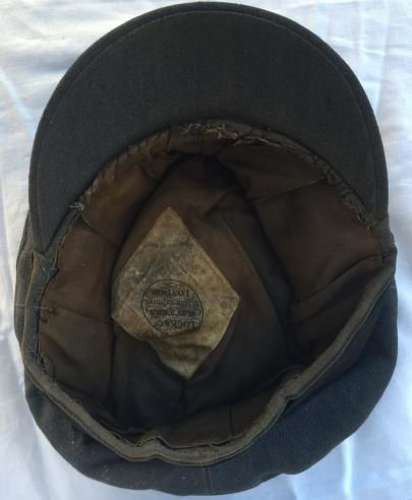 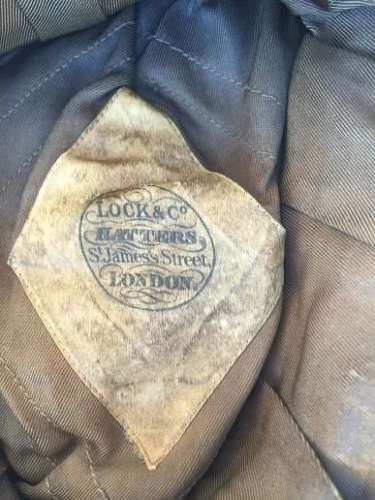 This cap is a classic example of a mid-war period officers peaked cap made from RAF blue barathea with nice light coloured stitching. The wire stiffener has been removed from the inside of the cap to give it a 'crusher' look, very popular with aircrew officers during the second world war.

The cap badge is a fine original wartime kings crown example and the bullion is in good condition. The original chin strap and buttons are also present.

Inside the hat is a rayon lining as well as the original Lock & Co. Label. Lock & Co. are one of the most prestigious hat makers in England and Pilot Officer Towers would have chosen them specifically to make this hat so as to have something a cut above the average, so to speak.

The lining is missing its original leather sweatband but the hat is still wearable and displays well.

The overall condition of the hat is very good but there are some marks and stains etc due to age. Please see the photographs.

This cap will fit around a size 7 head.

All in all, a very nice example of a mid-war RAF officers peaked cap which displays well and is attributed to a Pilot officer.