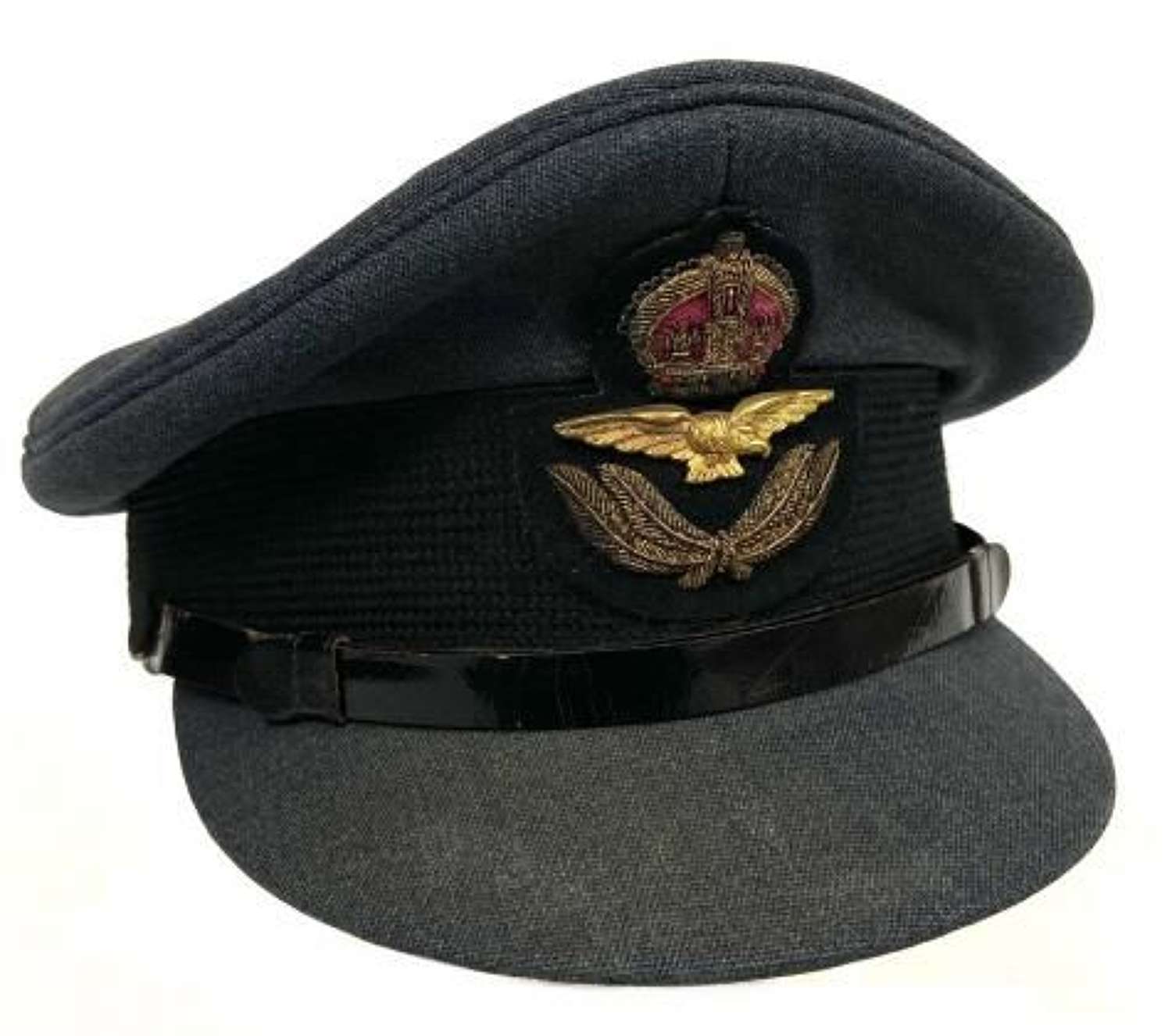 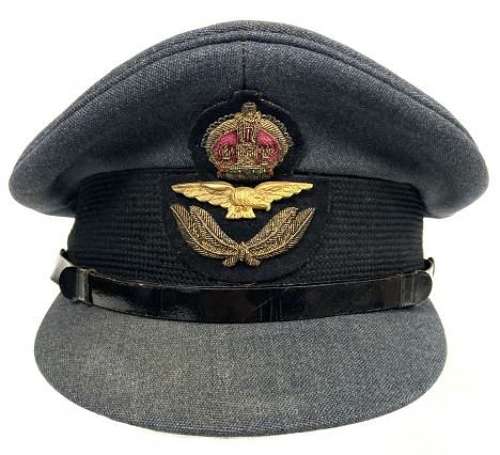 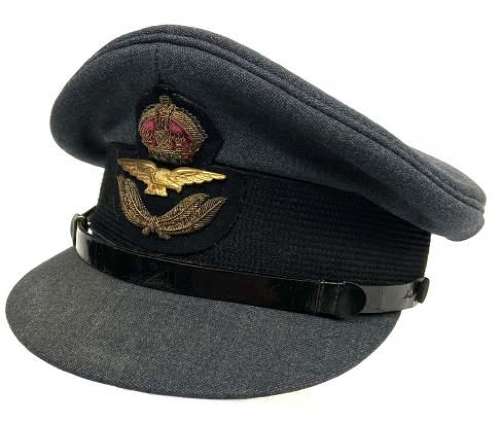 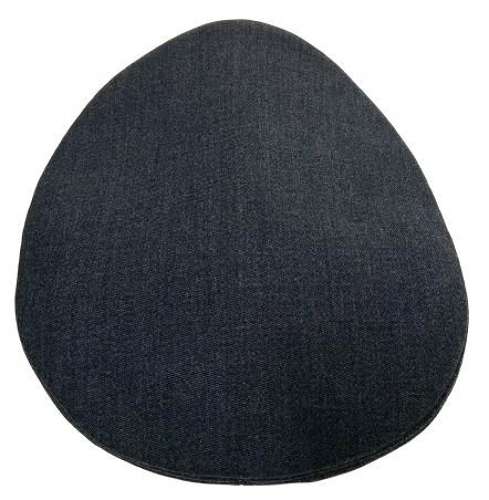 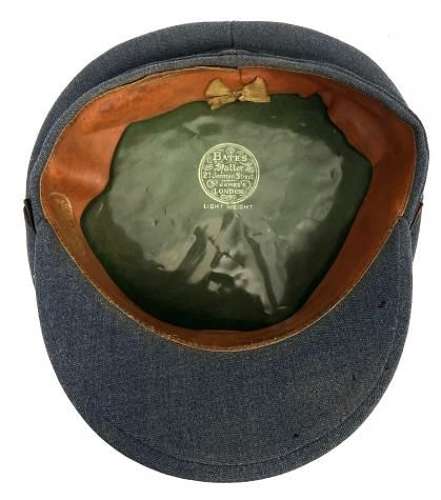 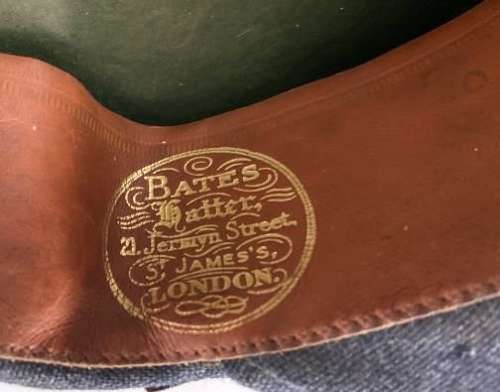 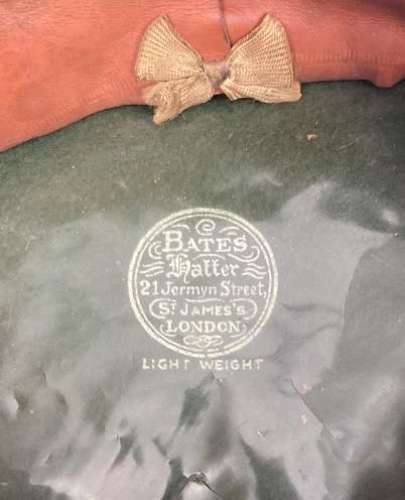 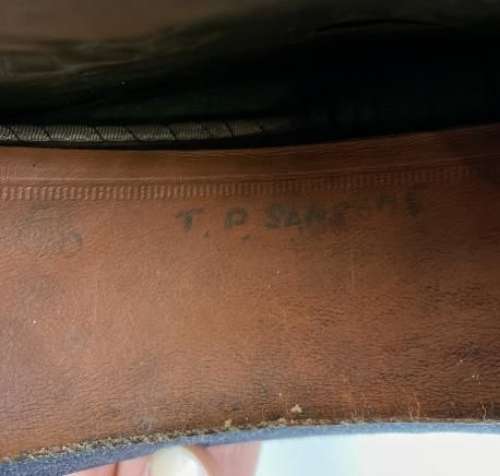 This pattern of cap was worn by all RAF officers during the Second World War. It features a nice original kings crown cap badge below which is a black leather chin strap.

The interior of the cap bares the makers logo twice; one in the crown of the cap and a second on the leather sweatband. It reads 'Bates Hatter 21 Jermyn Street, St James London' who were a well known quality hat makers at the time. Below this is marked 'Light Weight'.

The original owner has marked his name in ink to the leather sweatband as can be seen in the pictures and means that further research is a possibility.

The cap measures up as a size 7 1/8 so a good wearable size.

The hat is in very nice condition and displays very well. It shows some limited signs of wear and use but has clearly been well looked after. There is a small amount of staining to the peak and a couple of small moth holes to the underside which aren't visible when worn or displayed.

All in all a very nice original WW2 RAF officers cap in nice condition and in a good wearable size. This would make a great addition to any RAF collection!