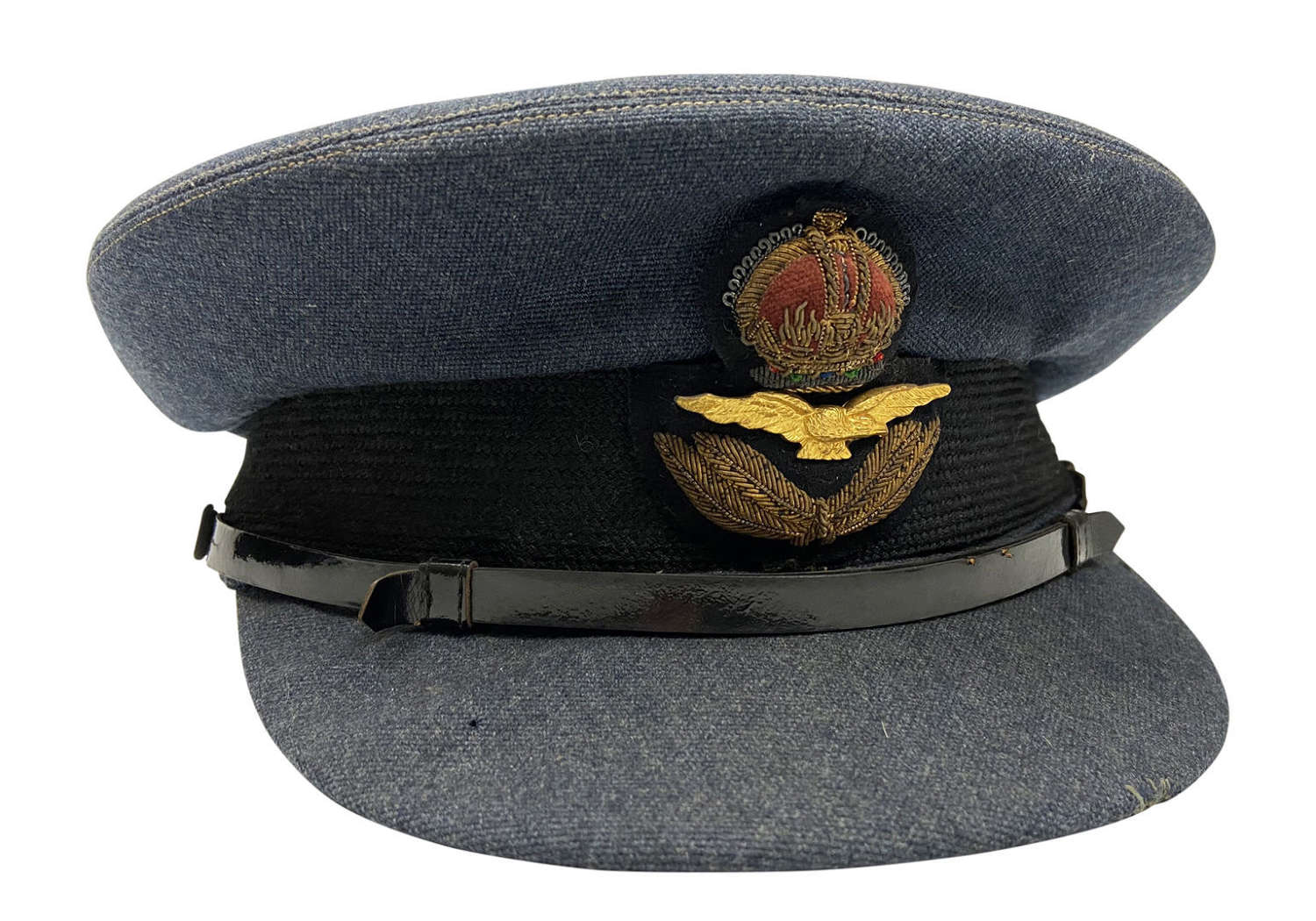 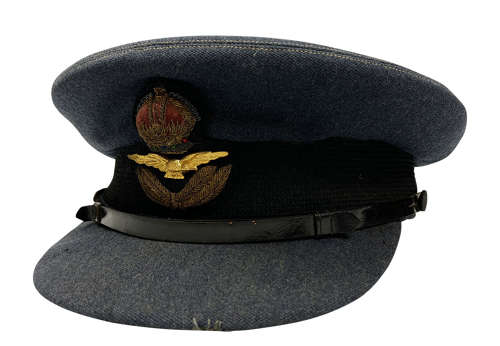 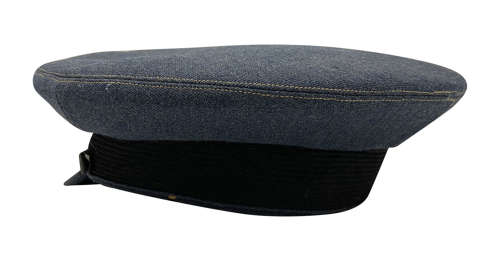 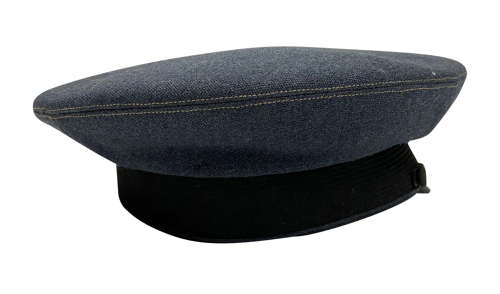 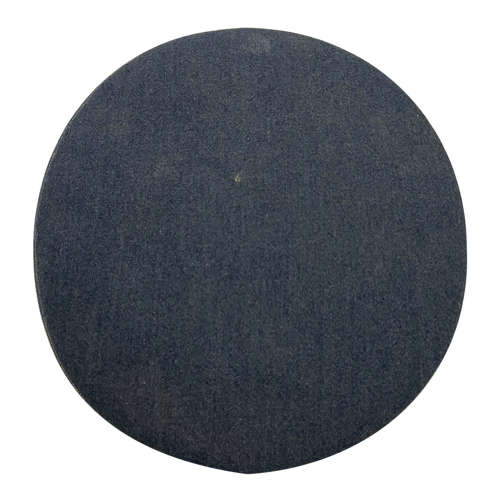 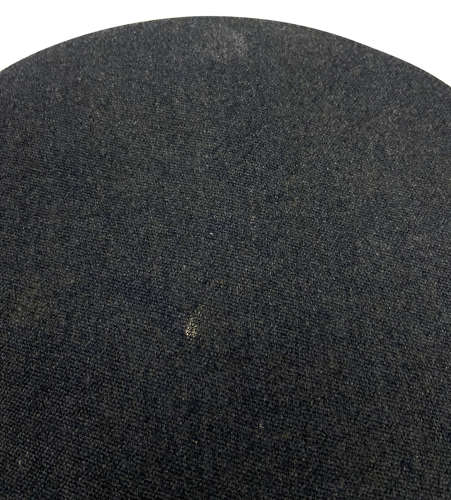 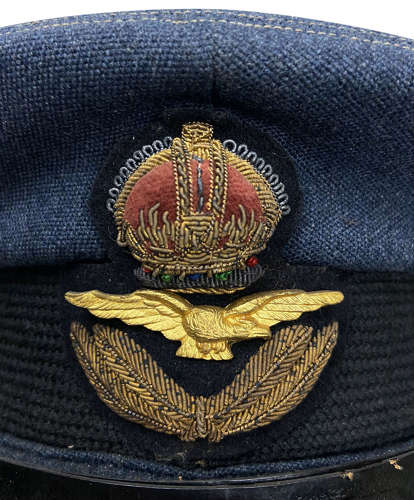 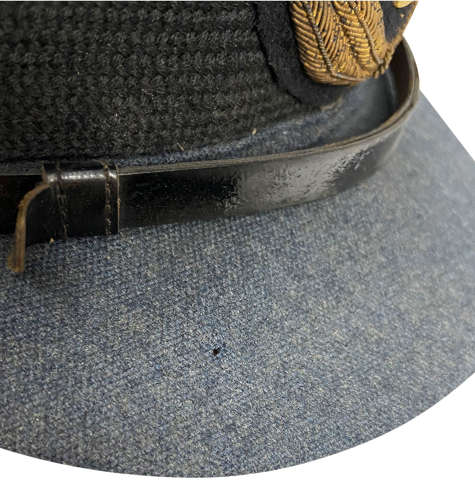 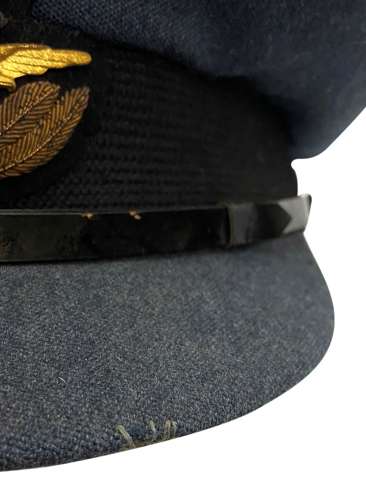 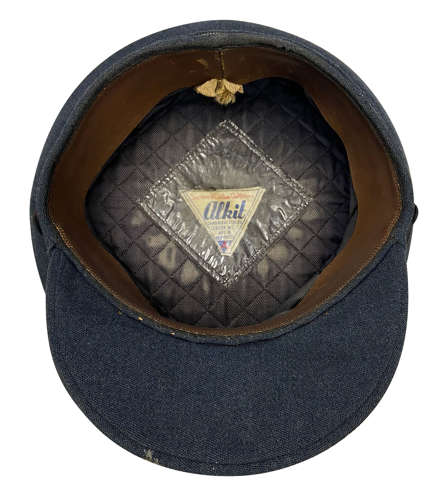 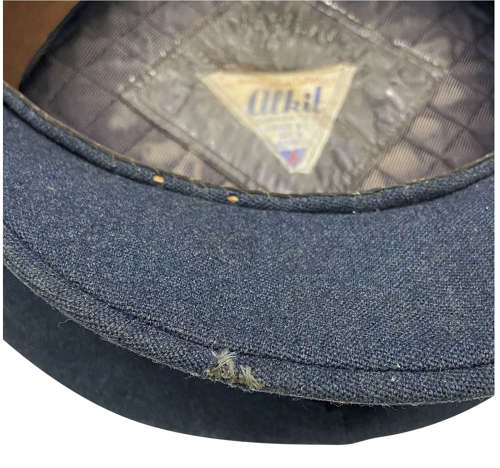 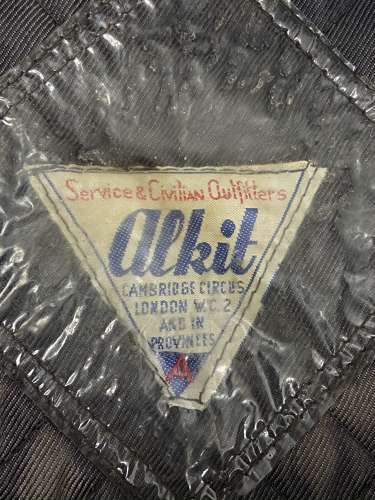 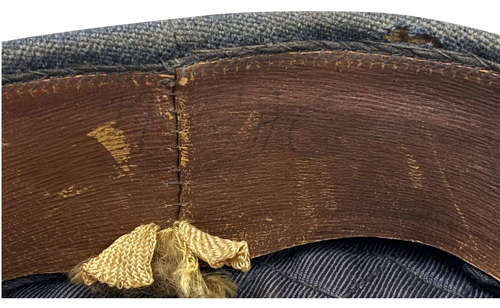 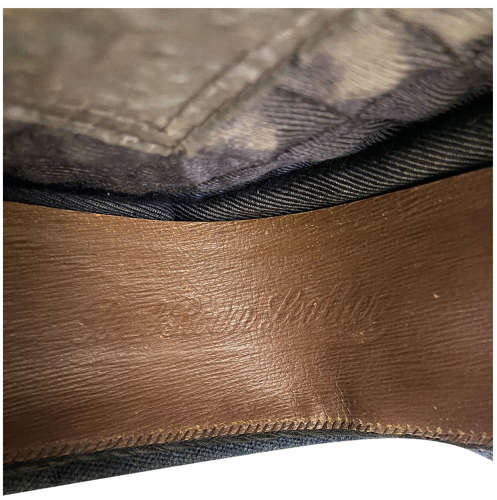 A nice original Royal Air Force Officers Peaked Cap made by 'Alkit' in the 1940s and in a hard to find large size.

This pattern of cap was worn by RAF officers in the pre-war period and well into the postwar years. As it is a private purchase item it is impossible to date exactly but based on the shape and label it is WW2 period. It features a Kings crown bullion cap badge and a black patent leather chinstrap which is held in place with cloth covered buttons.

The interior of the cap features a nice quilted lining and a deep leather sweatband which are both attributes of early caps. The original label is still present and reads 'Service and Civilian Outfitters Alkit, Cambridge Circus London W.C.2 and in provinces'. Alkit were a prolific maker of officers items during the Second World War. The original owner has marked his name to the leather sweatband although it is now sadly mostly illegible.

The overall condition of the cap is very good but it does have a couple of small flaws. There is a small moth nip to the peak and also a repair to the front of the peak. This is clearly a period repair which has been very carefully done. It adds character to the cap and no doubt has a story behind it. There are also a couple of marks to the top of the hat but overall it displays very nicely indeed.

A nice original example of an RAF officers hat in a harder to find larger size. Ideal for the collector and re-enactor alike!