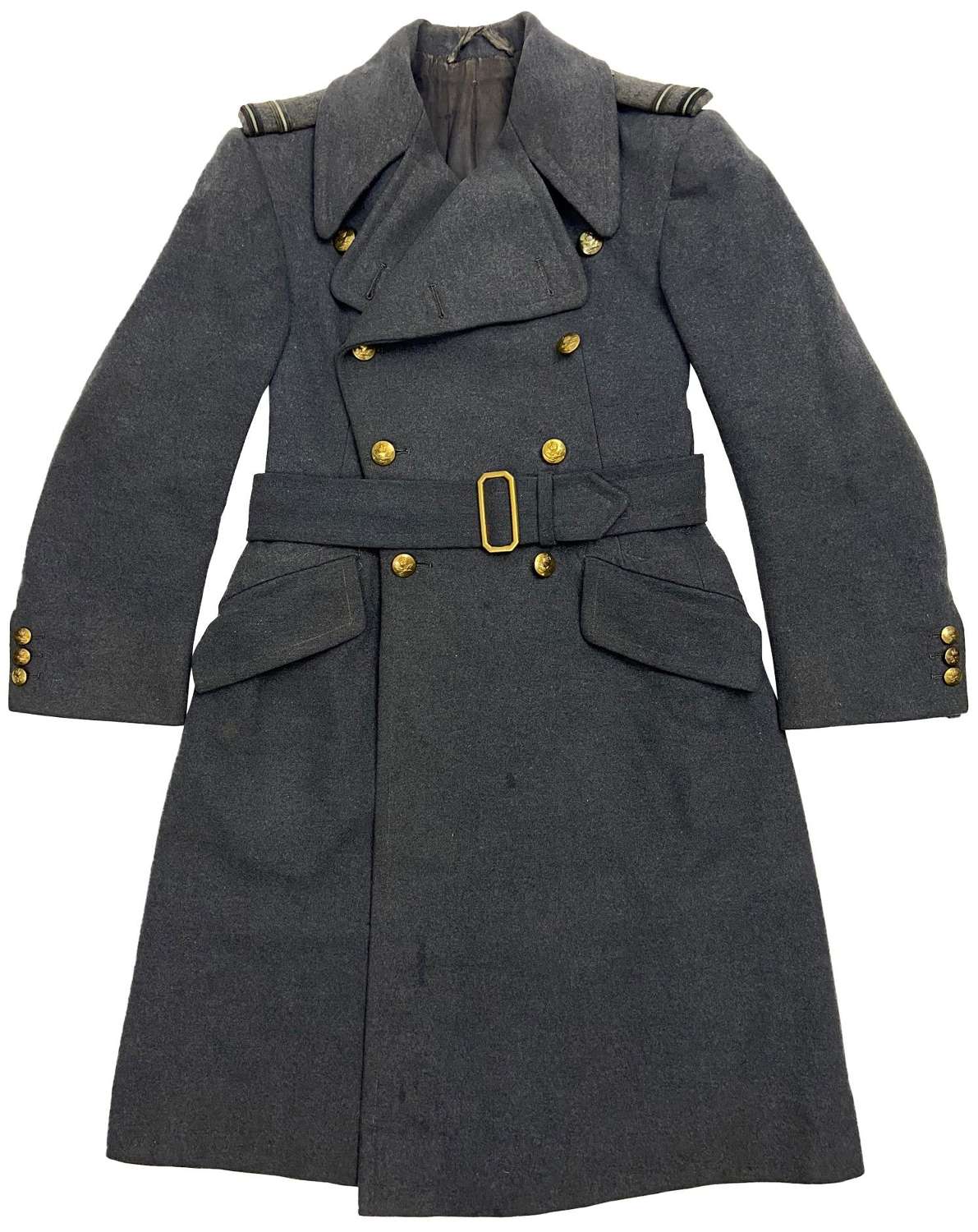 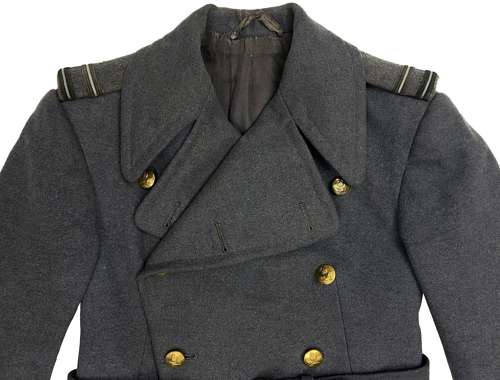 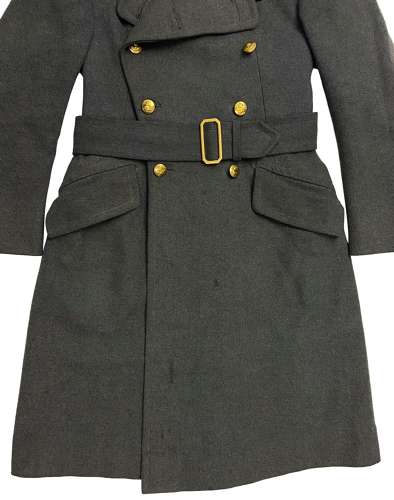 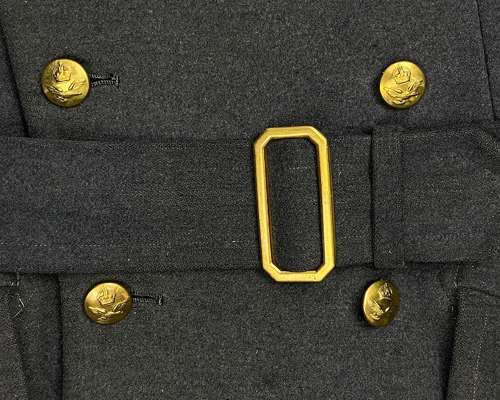 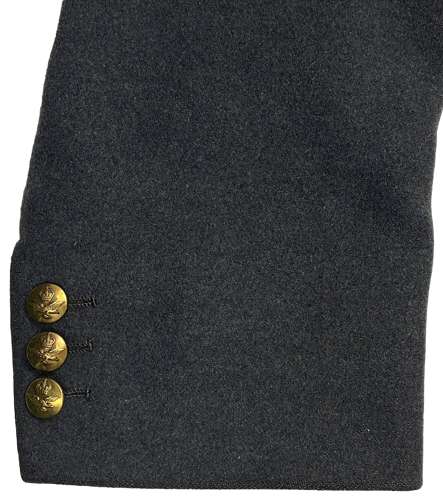 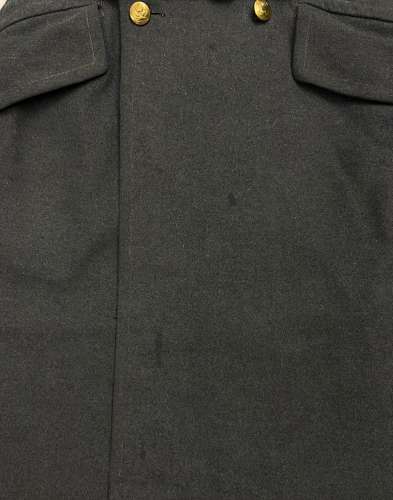 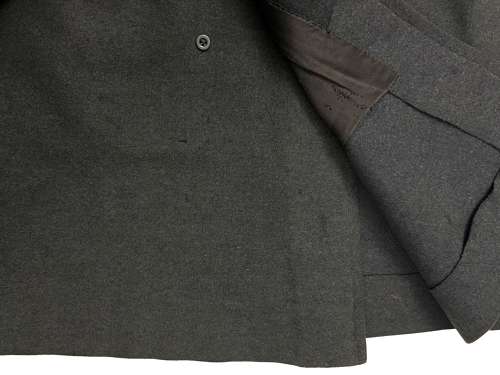 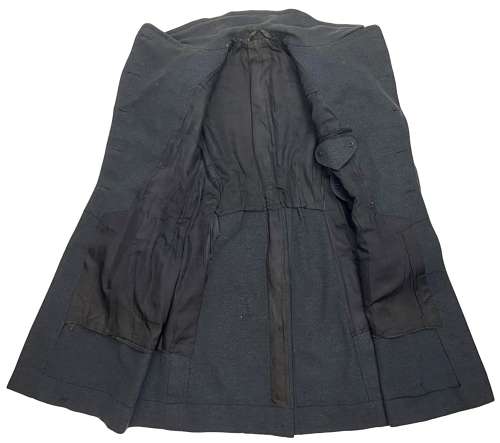 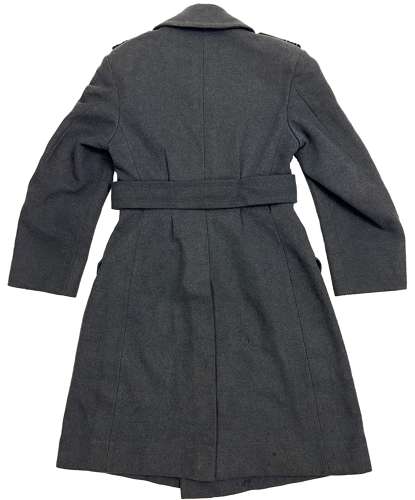 This style of greatcoat was worn by officers in the RAF from before the Second World War but was replaced immediately after with a new pattern, making this particular style the only acceptable pattern for a WW2 collector.

The coat is made from a heavy RAF blue cloth and features a full waist belt with brass buckle, a 3 button cuff with brass RAF buttons with more RAF buttons which fasten the front. The interior of the coat is fully lined with rayon and the original throat latch is still present. There is a single interior pocket which bears evidence of where a tailors label would have originally been fitted.

The coat comes complete with a set of shoulder boards which appear to be original to the coat and are a good match. They feature the rank of Flight Lieutenant and are secured with the correct brass King's crown buttons.

The condition of the coat is reasonable for its age. It displays well and looks good when worn but does have few issues. There are a number of small moth grazes, particularly around the skirt and some other signs of wear and use. Please study the pictures as these flaws are detailed.

Overall a good honest wartime Greatcoat which would be ideal for a reenactor or collector.