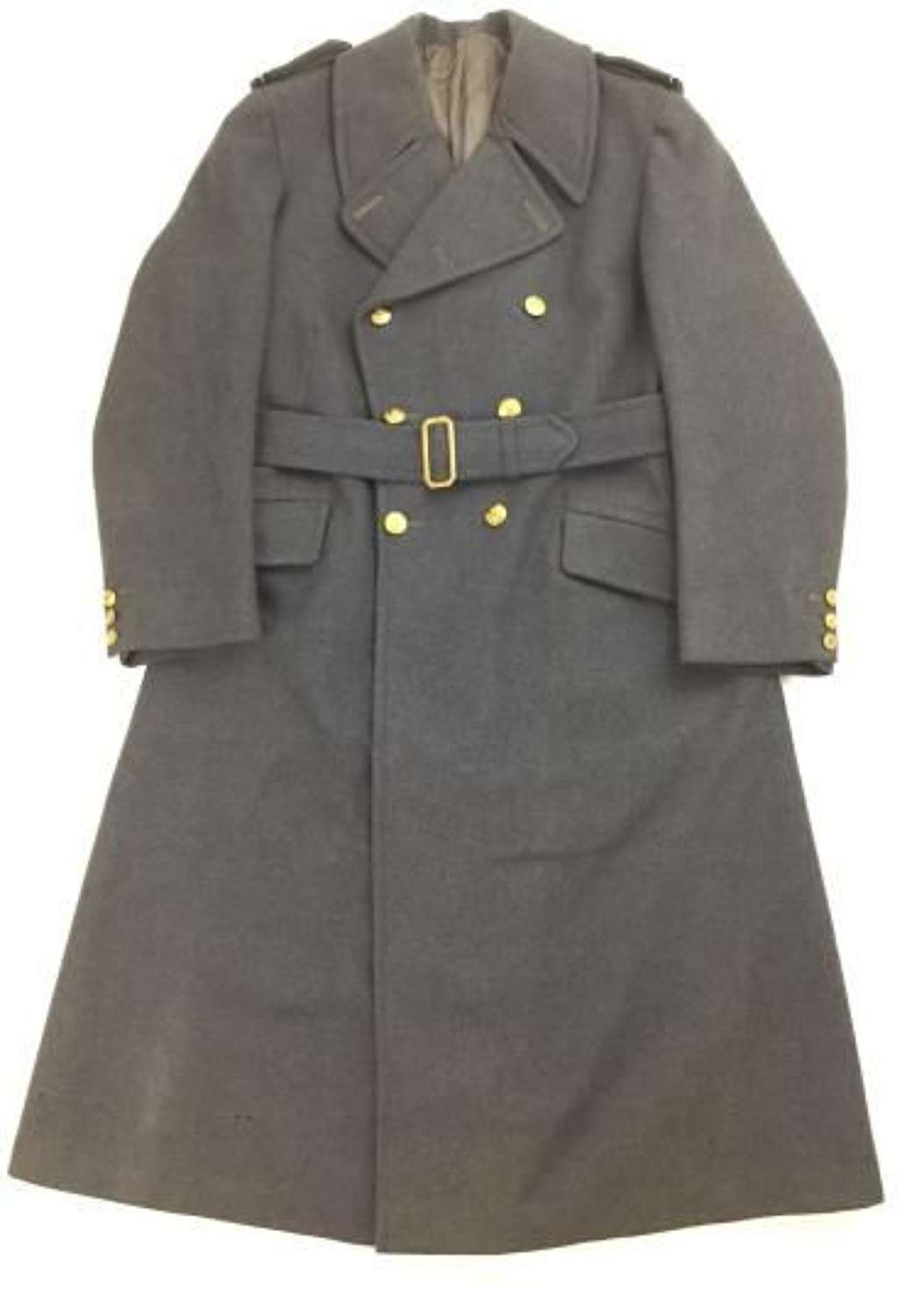 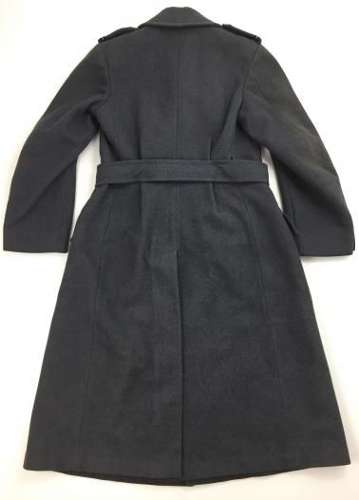 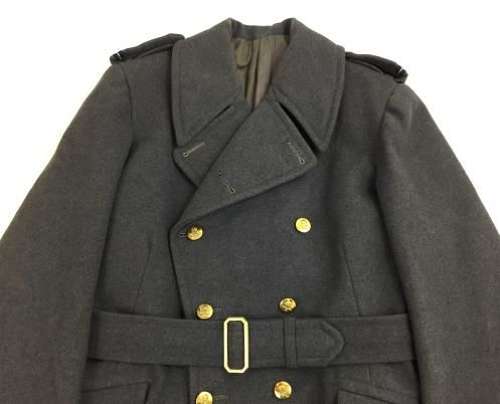 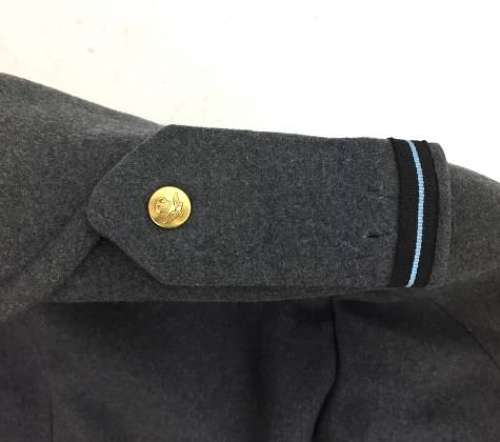 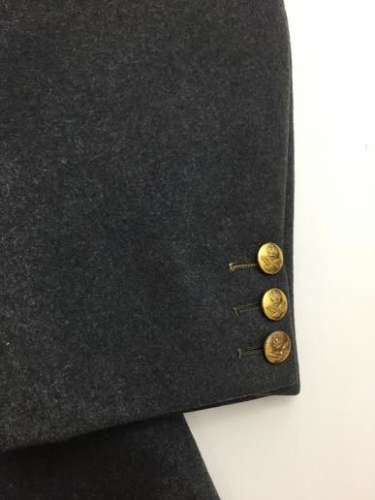 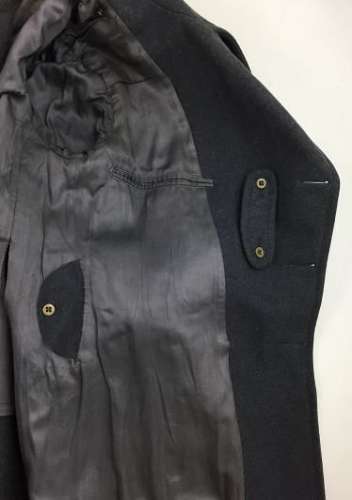 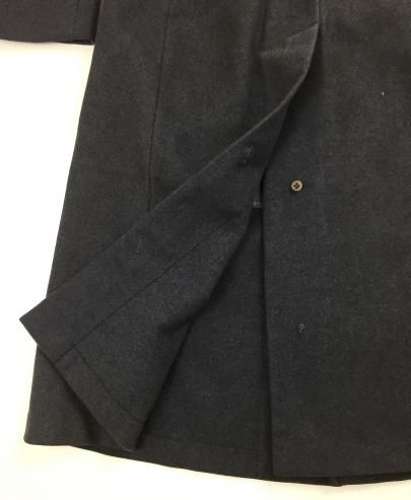 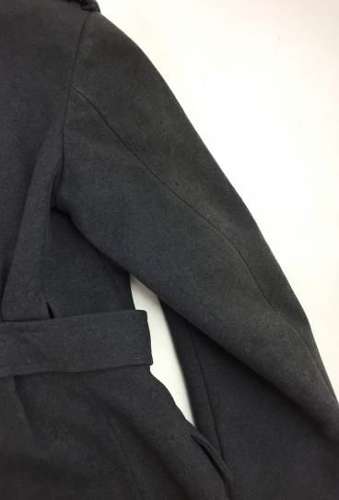 This style of greatcoat was worn by officers in the RAF from before the Second World War but was replaced immediately after with a new pattern, making this particular style the only acceptable pattern for a WW2 collector.

The coat is made from an heavy RAF blue cloth and features a full waist belt and brass buckle, a 3 button cuff with brass RAF buttons, RAF buttons to the front and is lined inside with rayon.

There are no labels in the pockets, save for a small paper label with some pencil writing on so there are no clues as to the original owner or exact date of manufacture. As previously mentioned though, it is almost certainly wartime manufacture.

The coat comes complete with a set of shoulder boards which appear to be original to the coat and are a good match. They feature a single flying officer stripe to each but appear to have had other rank on at some stage. There are also holes where a brass badge has been fitted to each, mostly like a Volunteer Reserve VR brass title which would indicate early manufacture as this was not suppose to be worn as of 1943. Why the rank has been changed is impossible to say but uniform items such as this were often sold or handed down during the war which could be one explanation.

The coat is roughly a 38 although may fit slightly bigger. It measures 21” pit to pit and the inside arm is 19 1/2” so a good wearable size.

The condition of the coat is reasonable. It displays well and looks good when worn but does have few issues. There are a number of small not grazes, particularly around the skirt and somemfading to the back of one of the arms. I have photographed these and have also taken them into account when pricing the coat.

Overall a good honest wartime Greatcoat in a wearable size which would be ideal for a reenactor or collector.