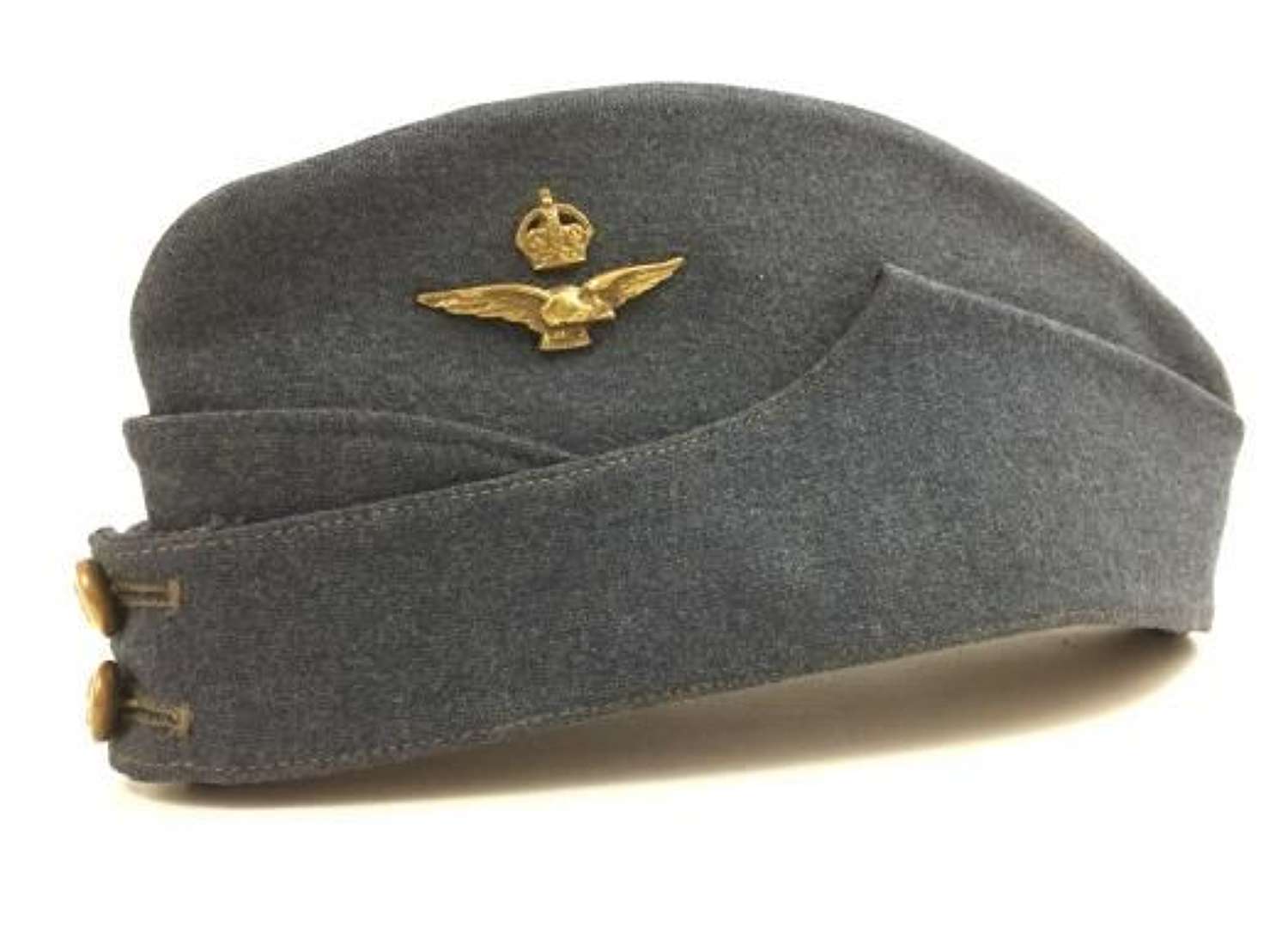 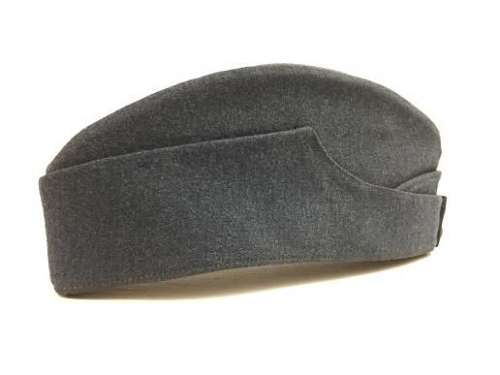 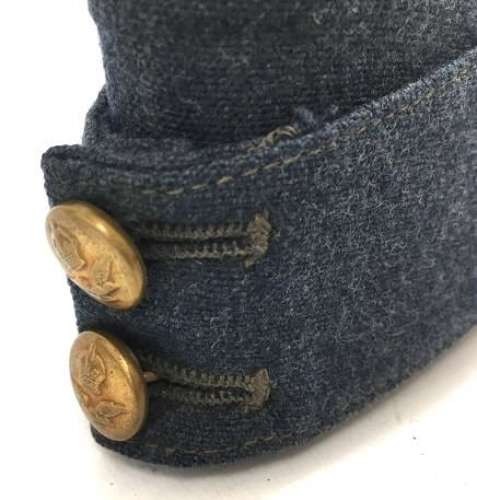 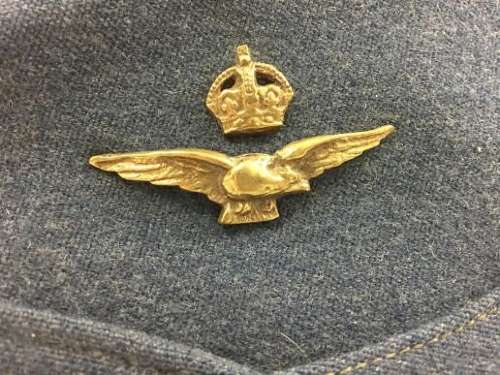 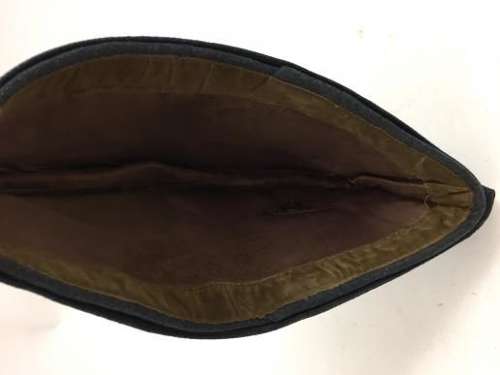 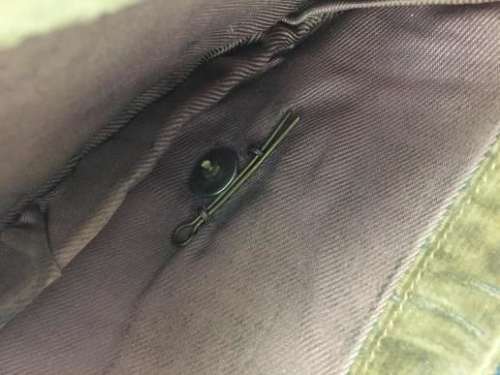 SOLD
An original World War Two RAF Officers Side Cap as worn by both Warrant Officers and Commissioned Officers during the Second World War.

These caps were a popular alternative to the peaked cap for RAF officers as they were much easier to store in a pocket or similar. They were worn throughout the war in all theatres.

The cap is pretty standard featuring a brass kings crown badge and two brass RAF buttons which is correct for WW2.

The hat is in very nice clean condition and display very nicely indeed. It does not appear to have had much use and is still a nice deep RAF blue colour which is set off by the light contrasting stitching. The interior of the cap is quite clean only showing limited signs of use and wear.

Overall a very good example of this pattern of cap which would compliment and WW2 RAF collection.