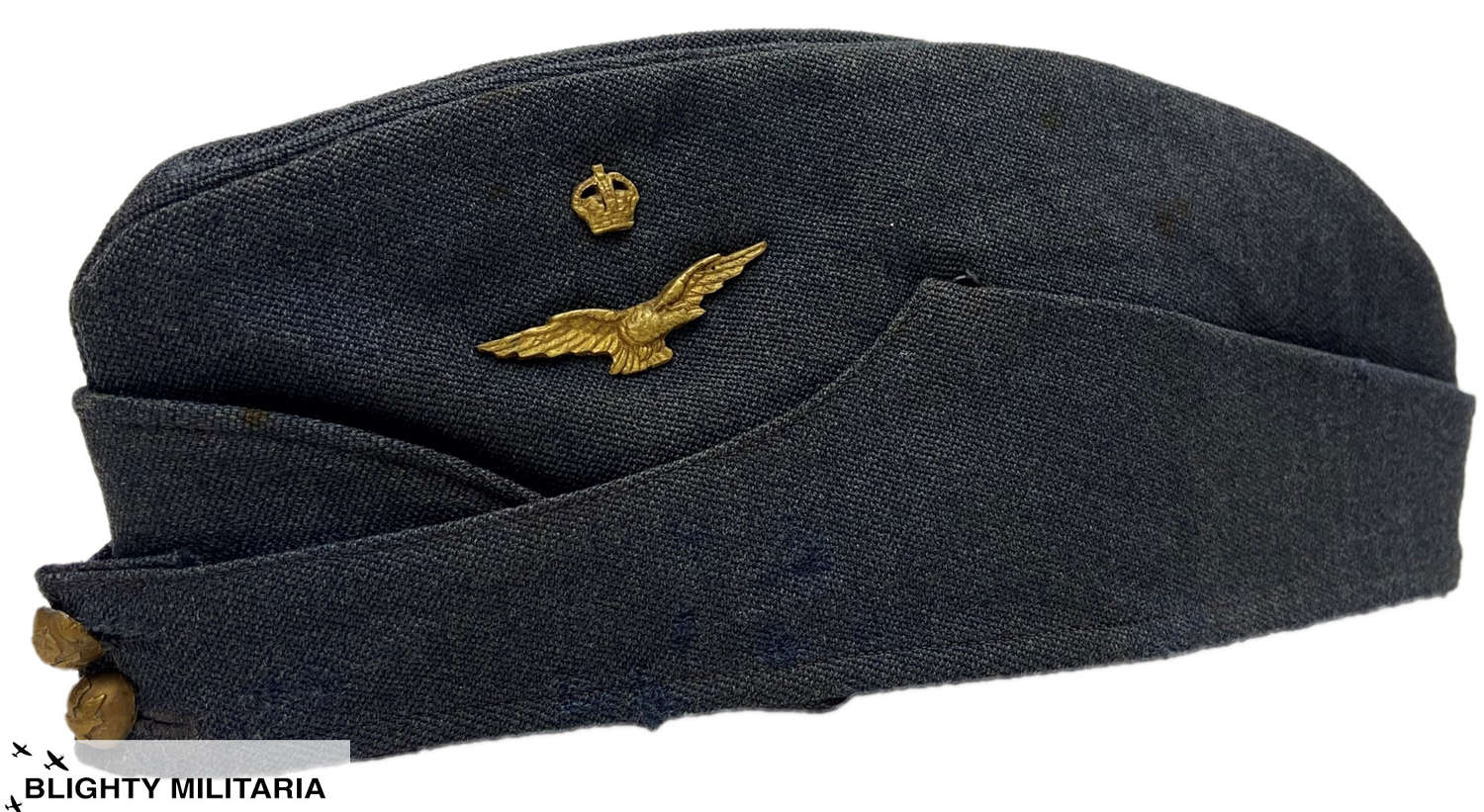 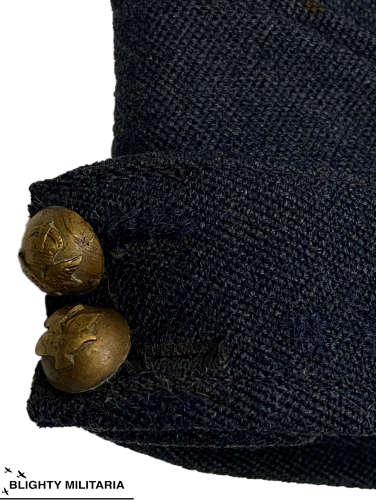 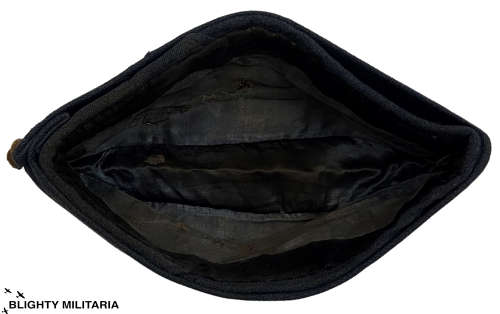 These caps were a popular alternative to the peaked cap for RAF officers during WW2 as they were much easier to store in a pocket or similar. They were worn throughout the war in all theatres and also worn by Warrant Officers.

This particular example features a brass king's crown cap badge and brass RAF kings crown buttons to the front which are a rare, ball-shaped pattern. The interior is lined with a black coloured rayon material and there are no labels or other markings.

The cap is in well worn condition but still displays reasonably well. There are plenty of signs of wear and use and there is damage to the lining. There are some defects to the skirt below the cap badge which can be seen in the picture. The cap is a well used example which is far from perfect and this is reflected in the price.

An original wartime side cap which has a real 'been there' look to it!