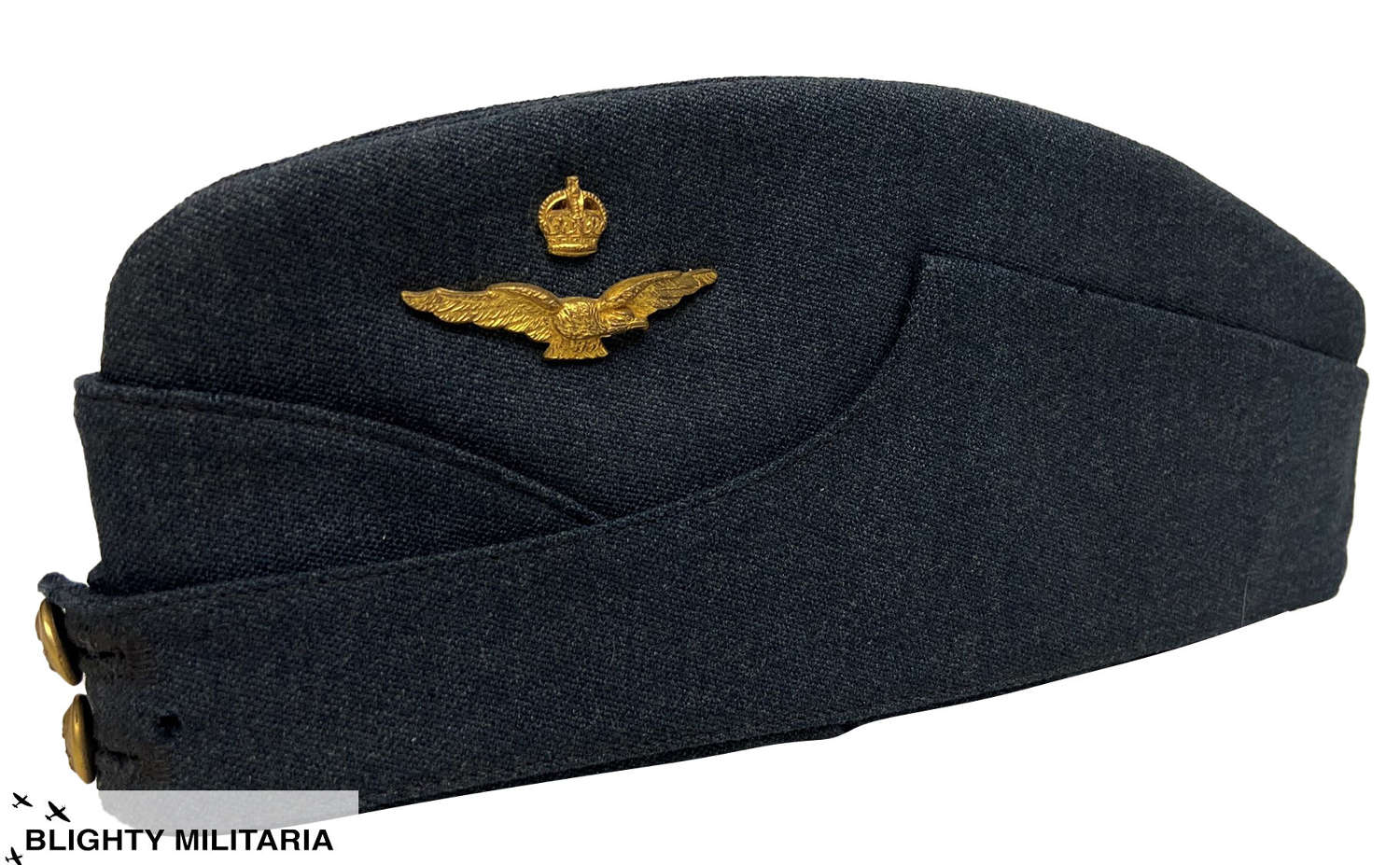 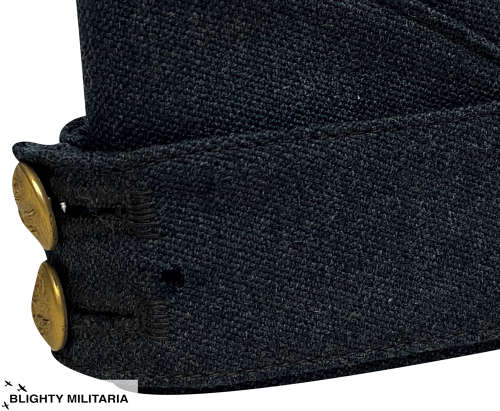 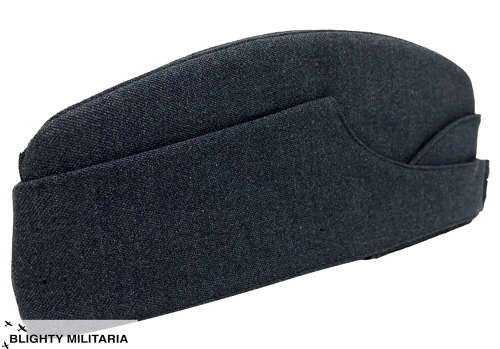 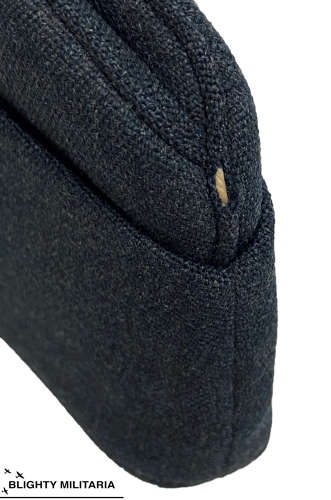 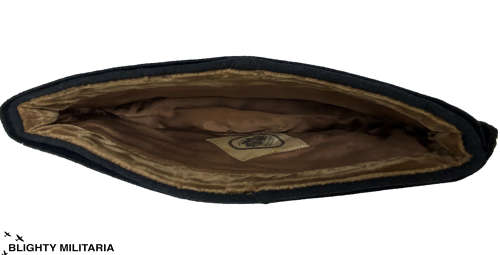 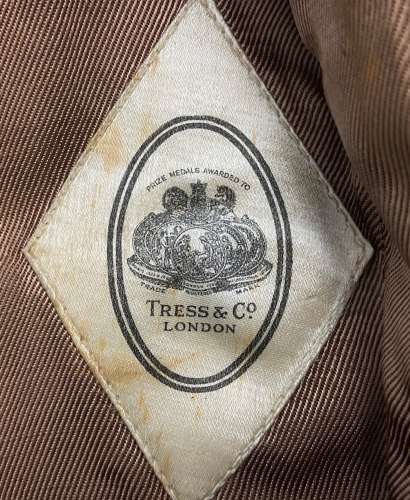 An original Royal Air Force officers' field service cap made by 'Tress & Co' which dates from the Second World War.

These caps were a popular alternative to the peaked cap for RAF officers during WW2 as they were much easier to store in a pocket or similar. They were worn throughout the war in all theatres and are common to see in period photographs and film footage.

This example is made from the standard RAF blue coloured barathea wool which is usually used for this pattern of hat. It features a brass King's crown badge to the left side and two brass King's crown RAF buttons to the front. The interior of the cap is lined with a rayon material and a velvet headband is fitted around the opening. Inside the cap the original maker's label is still present and states the manufacturer's name as 'Tress & Co, London' who were a quality hat maker during this period.

The opening of the cap measures 10 1/2" making the cap approximately a size 7.

The cap is in good condition with only limited signs of wear and age. The blue barathea wool is still a deep colour and is not washed or faded out and the lining is also clean for its age. There is a small hole to the front by the buttons and a small patch of wear to the rear as shown in the pictures. These do not overly detract from that cap but please take time to study the pictures before purchasing.