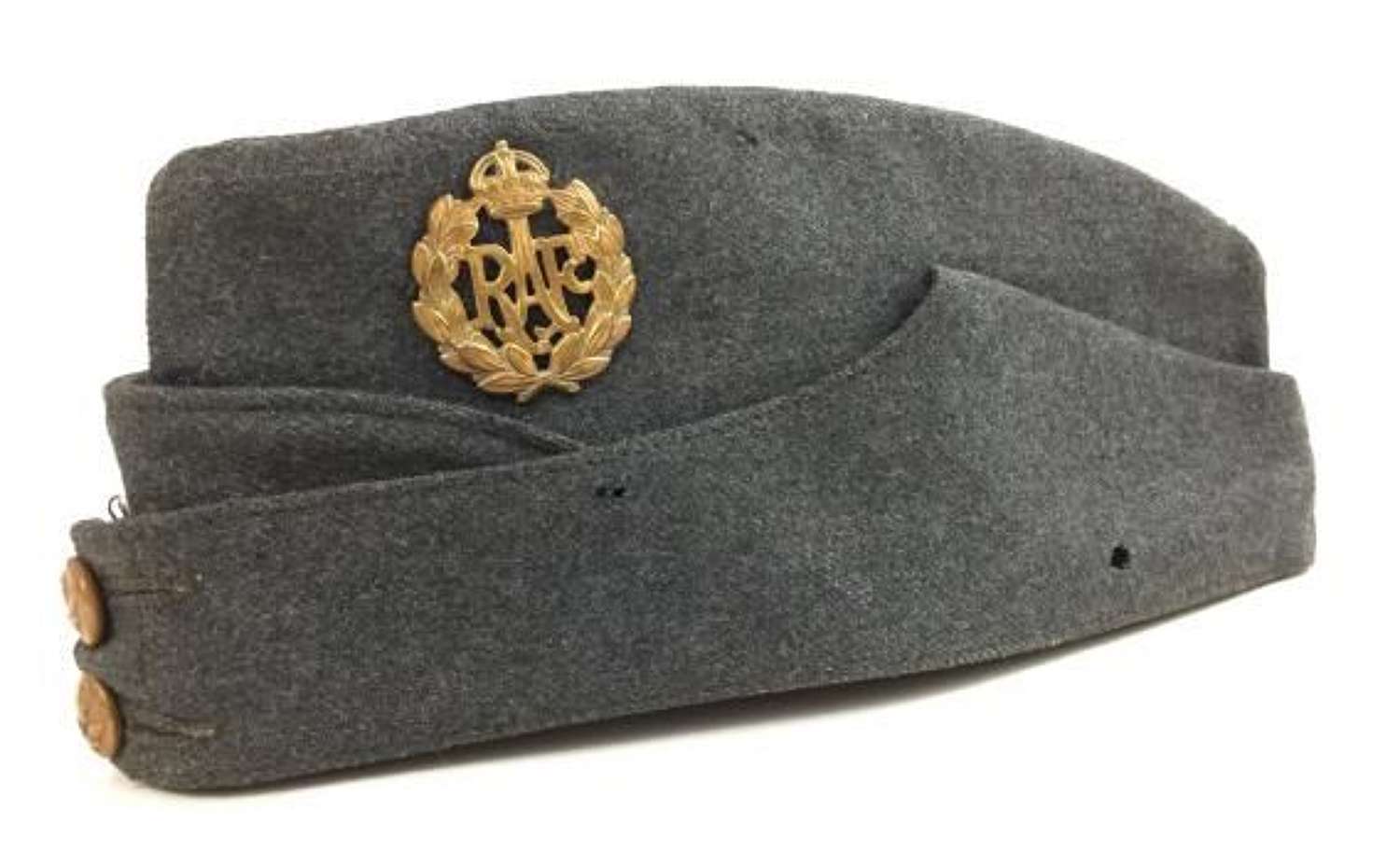 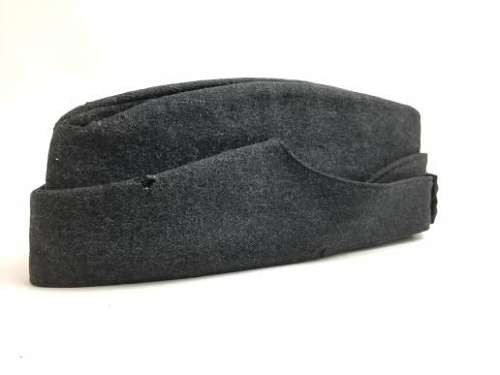 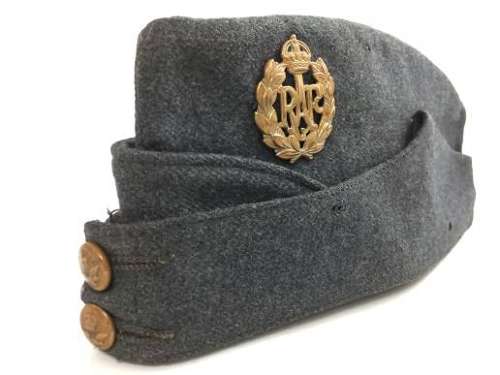 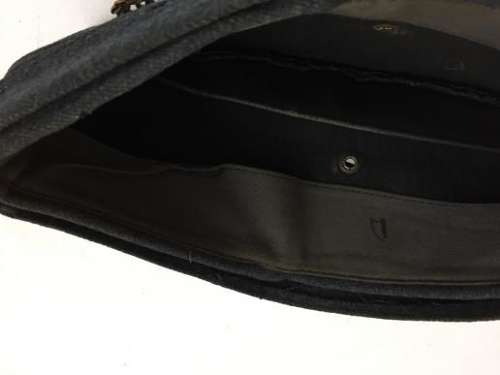 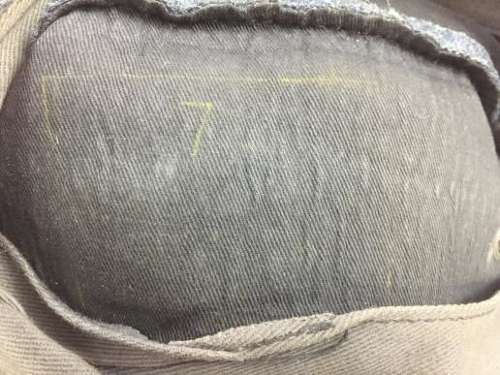 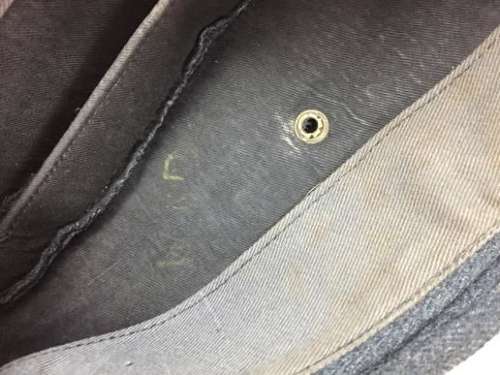 The manufactures stamps inside have sadly worn away leaving only some details legible, namely the number 7 which relates to the size. What size it is exactly is hard to say. It could be larger than a size 7 with the other numbers missing but I think it is safest to say this is a 7 as I cannot prove otherwise.

The War Department broad arrow and WD stamp is also visible inside the cap in the same yellow ink as the size stamp. The yellow ink stamps feature on many wartime forage caps I have handled.

All in all a good original wartime RAF side cap which displays well.