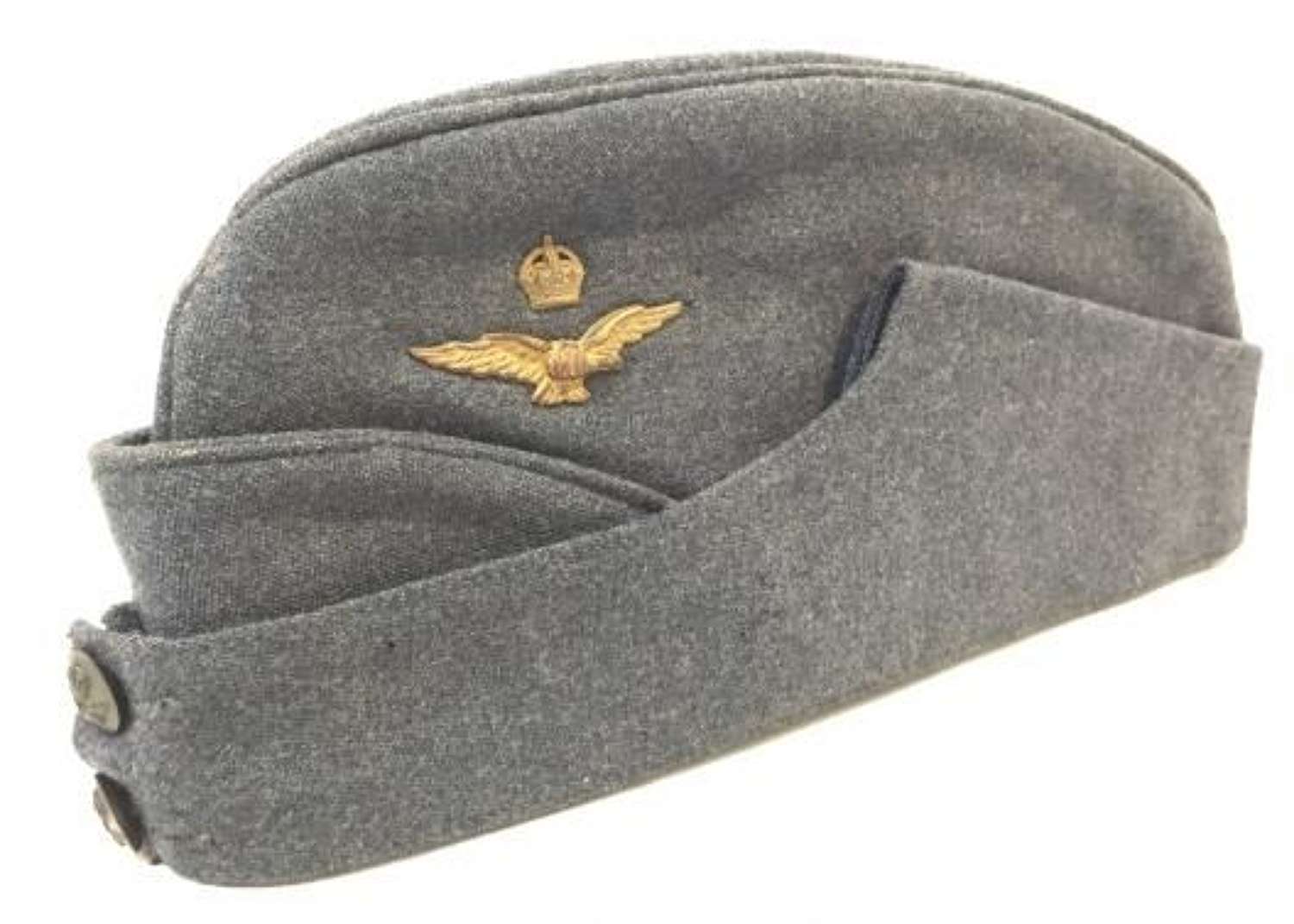 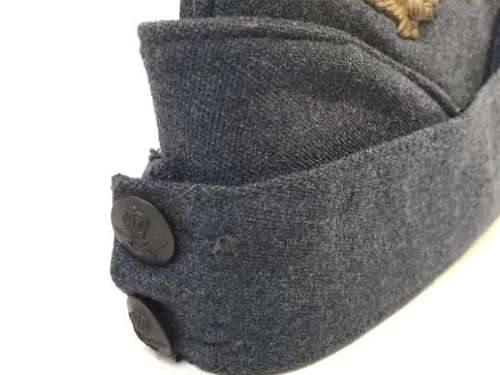 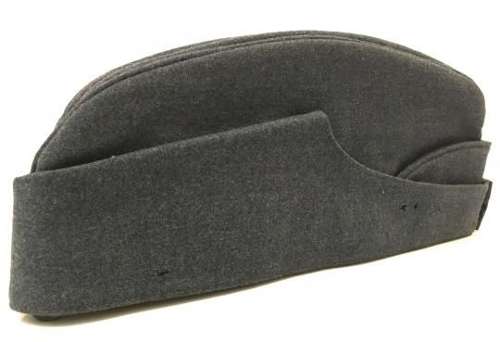 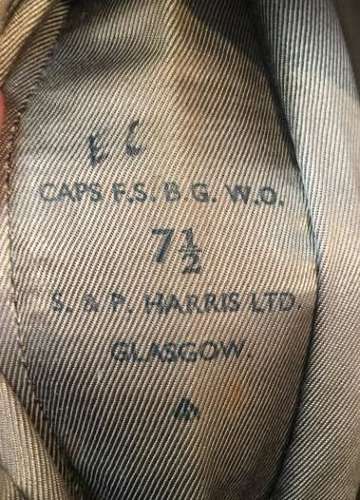 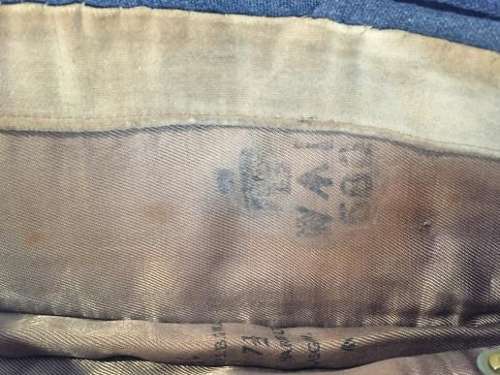 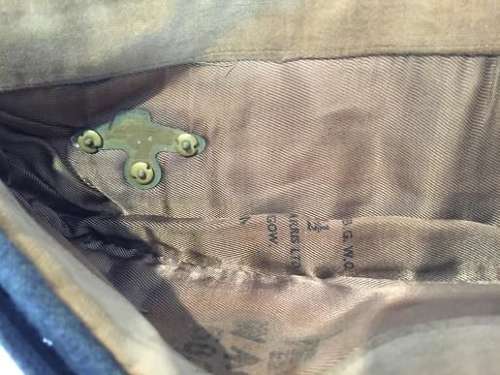 These caps were a popular alternative to the peaked cap for RAF officers during the Second World War as they were much easier to store in a pocket or similar. They were worn throughout the war in all theatres.

This example is particularly nice because it is an issue example which is evident from the stamp in the lining which states 'Caps F.S. B.G. W.O, 7 1/2, S. & P. Harris Ltd, Glasgow. Below this is the War Department broad arrow stamp. The letters at the top translate as 'Caps Field Servie Blue Grey Warrant Officers' which means that this hat would have most likely been issued to a WO. There is no difference however between a WO and Officers side cap and this example actually came with an Officers War Service Dress tunic. It is therefore possible to assume that he was commissioned whilst a WO and kept his hat!

The interior also bares the War Department broad arrow stamp as all issue items should. The letter above which indicates the year has been smudged or over-stamped annoyingly but to my eye it looks like an M which would denote 1944 as the year of manufacture.

The hat has an excellent worn look to the exterior and it clearly saw a lot of action! There are a couple of moth holes which have been reflected in the price but overall the cap displays very well indeed and has that 'been there' look to it.

Overall, a very nice hat that really looks the part. It would be ideal for a re-enactor who struggles to find large original headwear or would make an excellent addition to a collection or display.