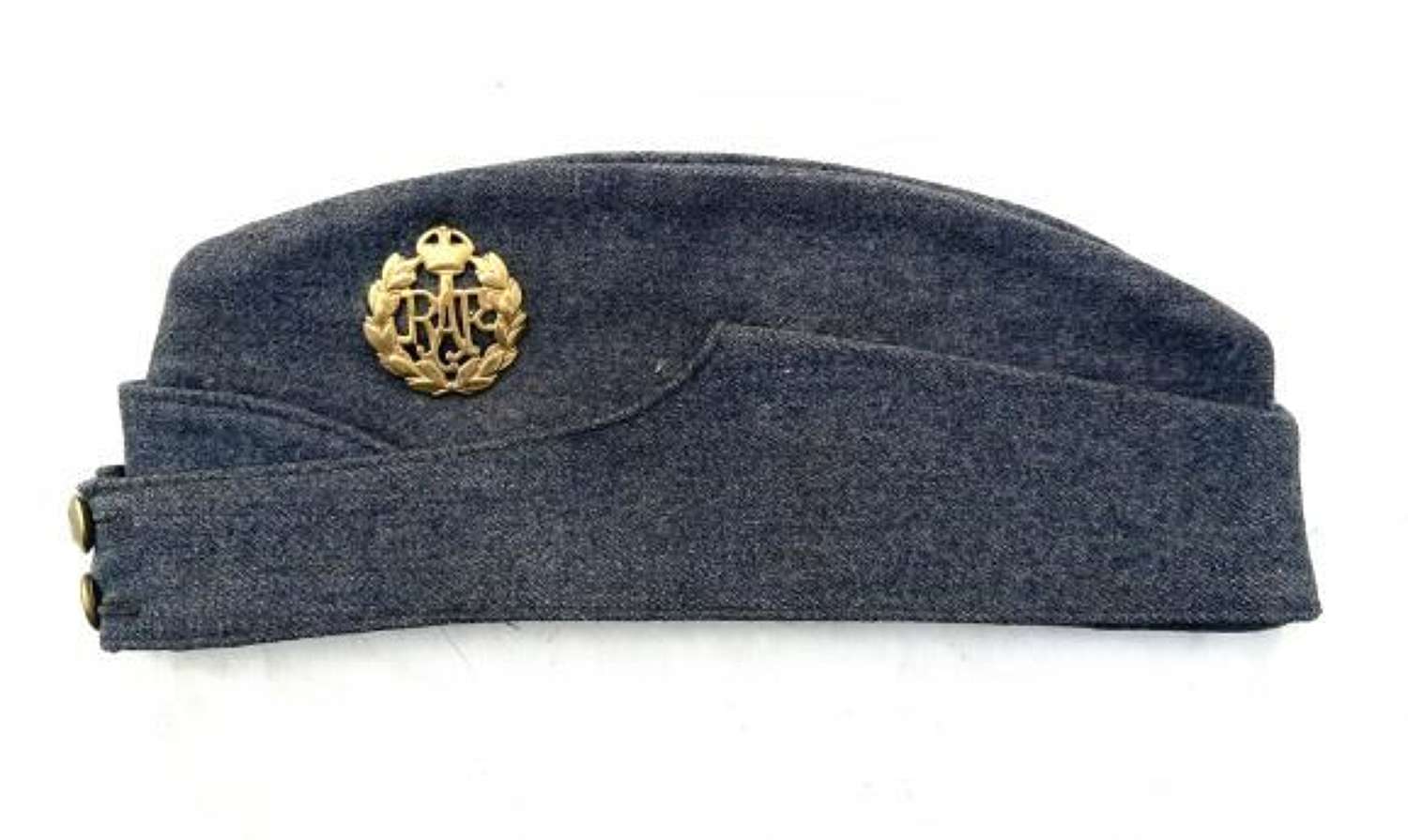 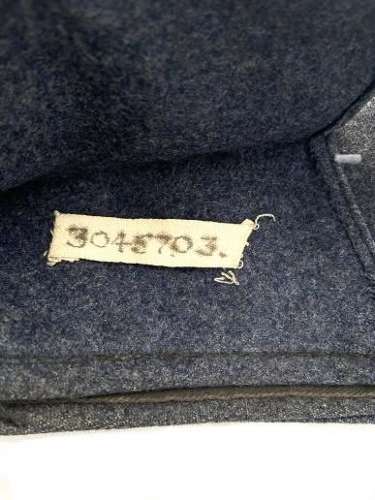 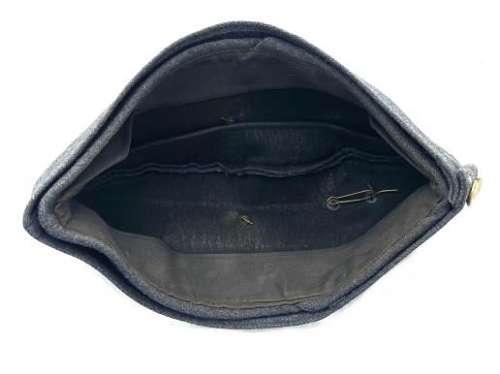 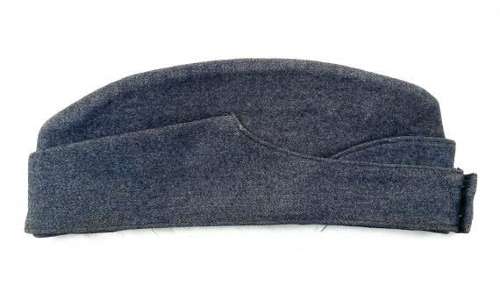 This particular example is typical of wartime manufacture. It features a brass Kings crown cap badge and two brass Kings crown RAF buttons to the front; all of which have been highly polished by the original owner.

A nice feature on this particular cap is a piece of white tape added out of site by the original owner and bearing his serial number. This is typical of the period and may be possible to trace.

Sadly all the markings have been worn away from the interior of the cap so it is impossible to date it exactly or state the exact size. It is however a larger example measuring 11" inside the opening of the hat when laid flat. I would estimate the size to be around a 7 3/8 to 7 1/2, so a good wearable size.

Whilst the hat has clearly been issued and worn it still displays very nicely indeed and has a nice authentic look to it. There are no serious signs of wear or excessive use.

All in all a nice example of this pattern of cap in a harder to find wearable size. Ideal for the re-enactor and collector alike!