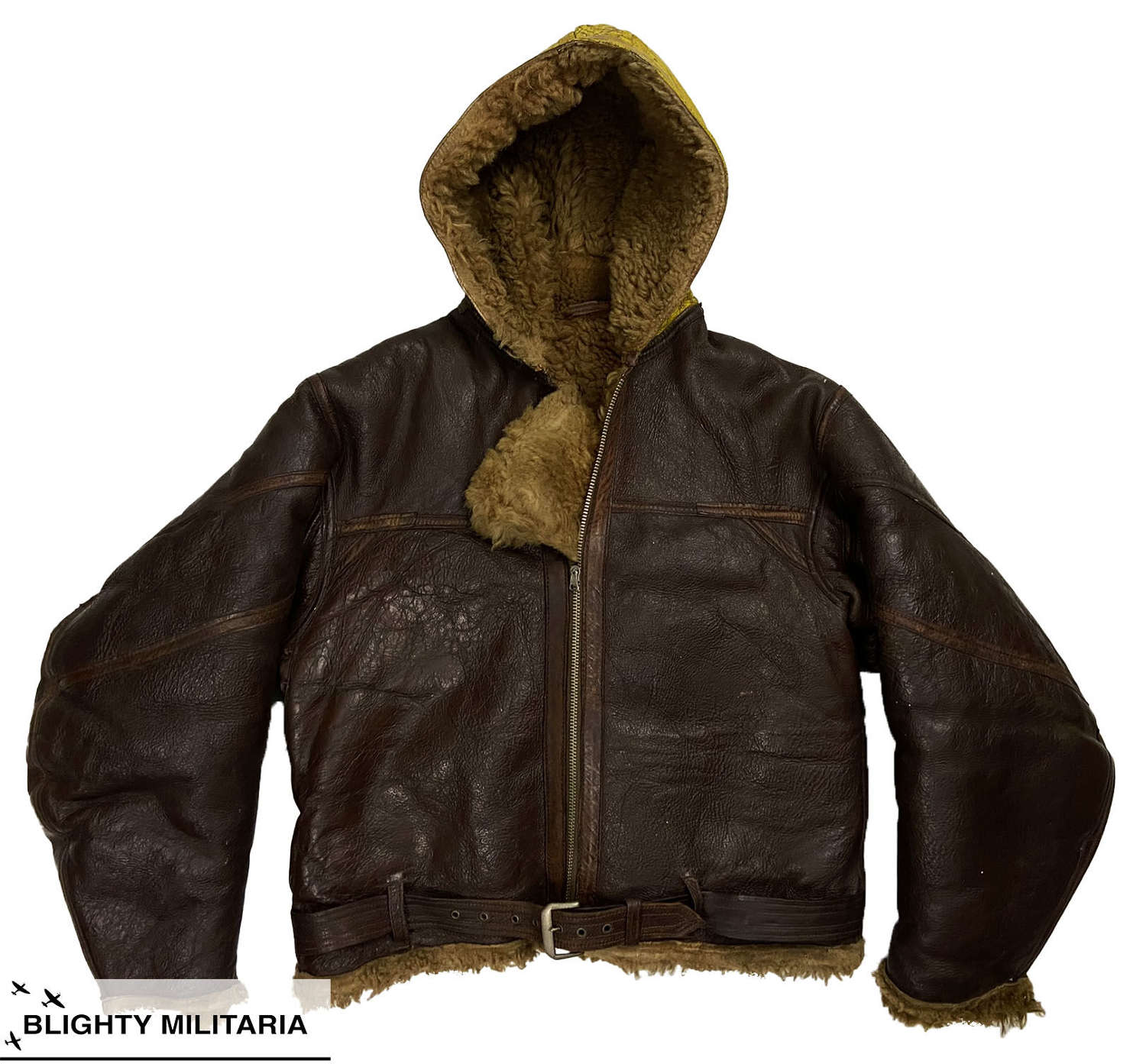 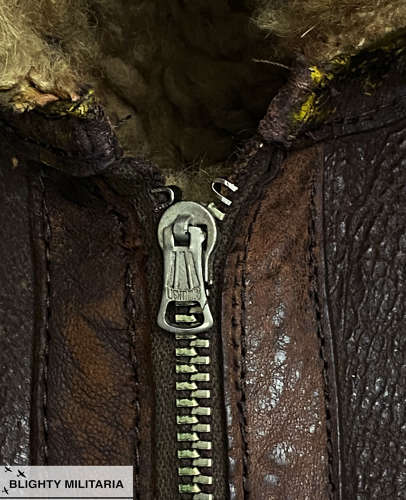 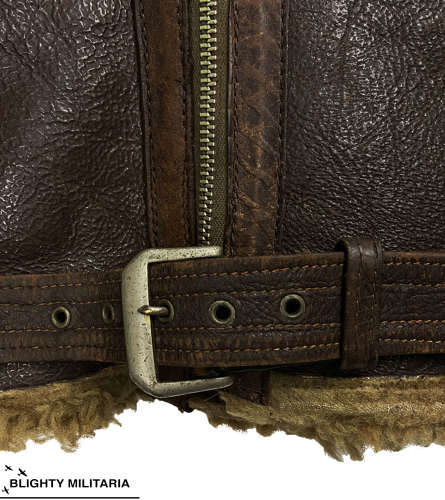 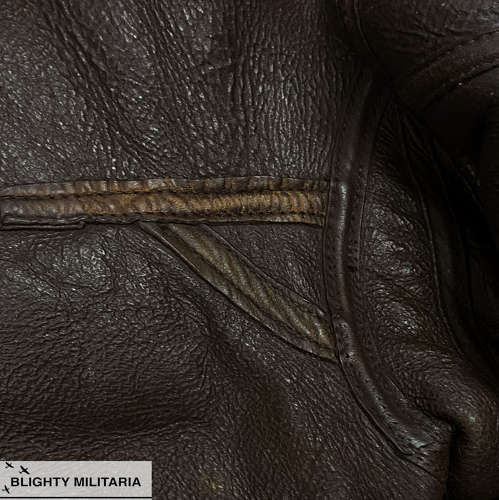 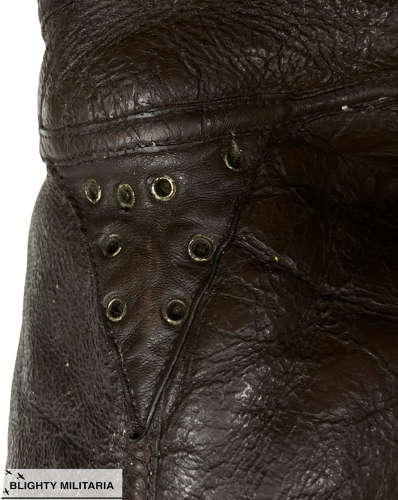 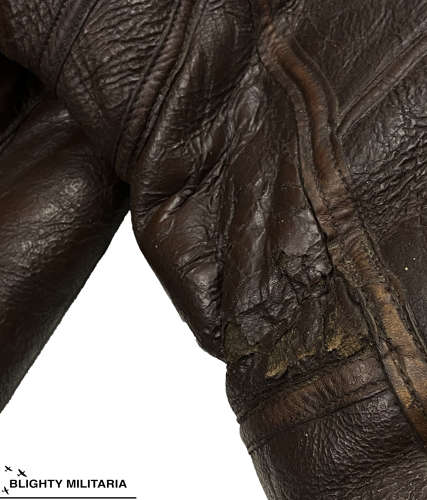 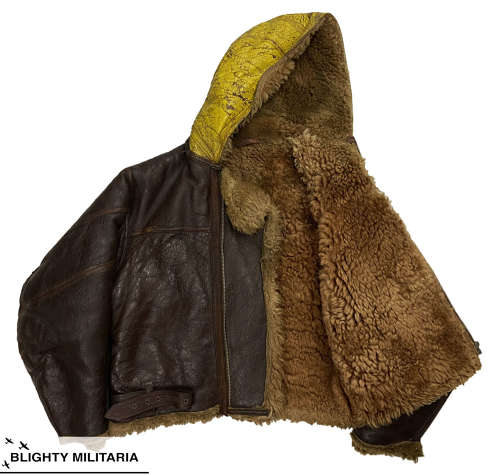 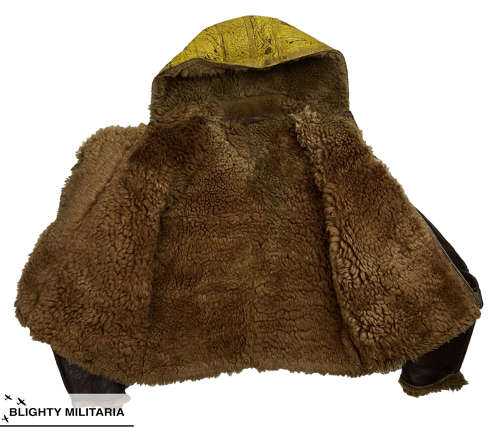 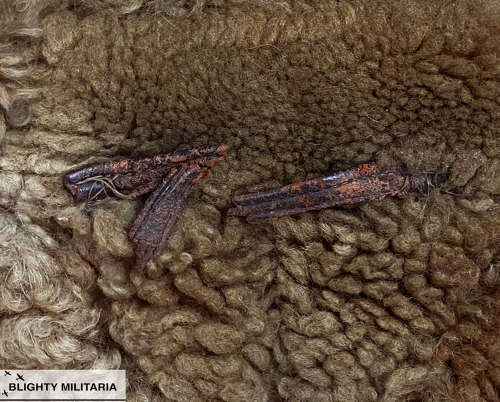 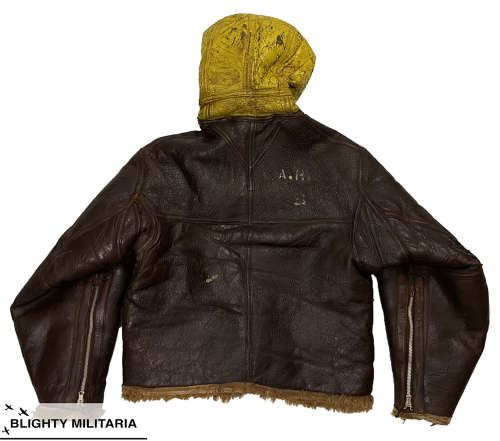 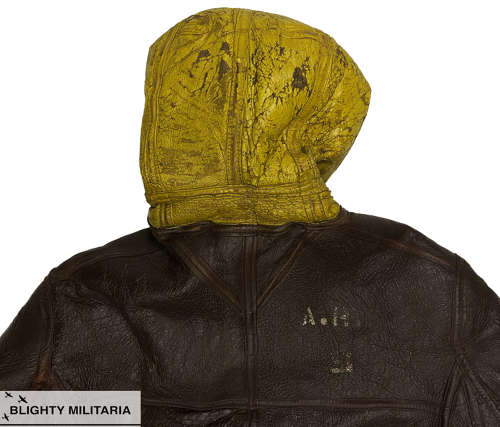 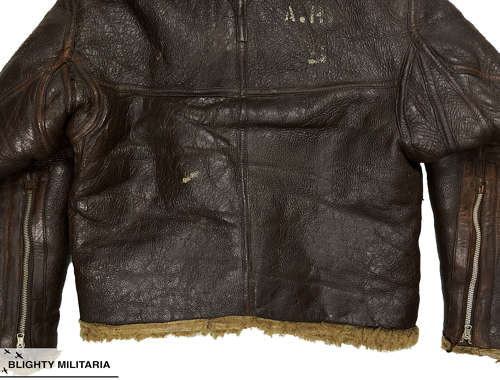 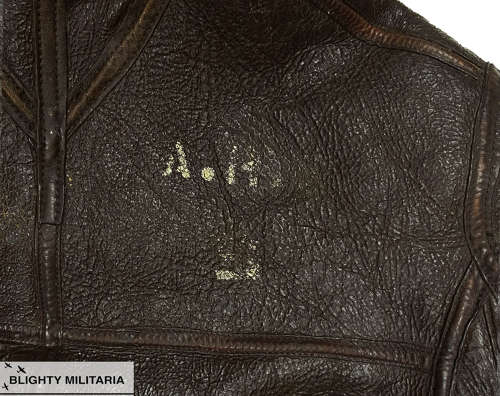 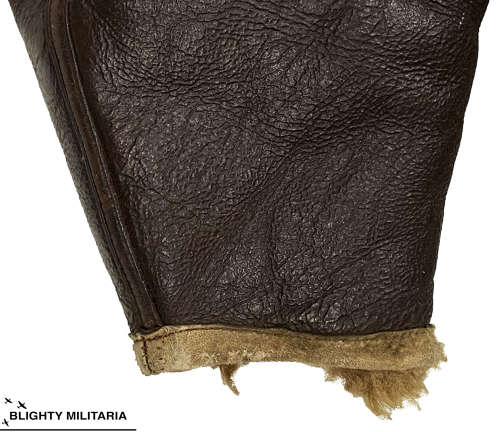 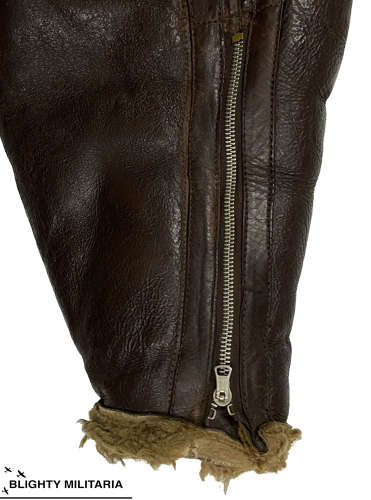 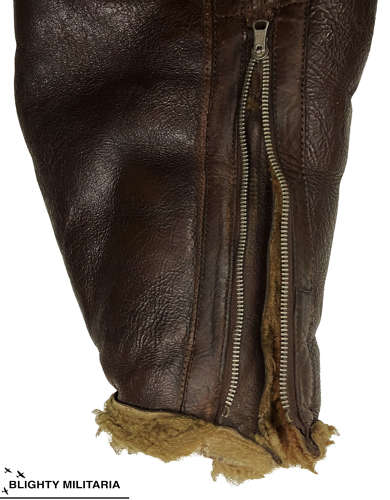 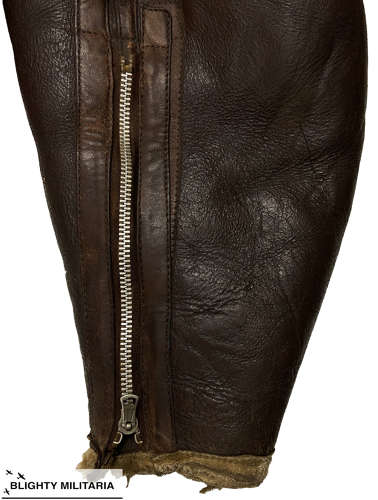 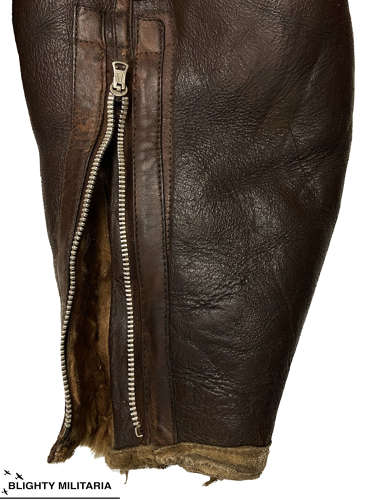 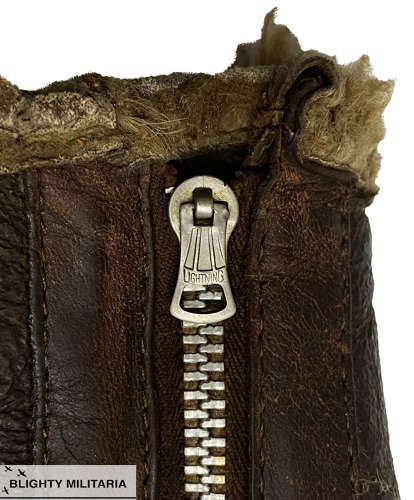 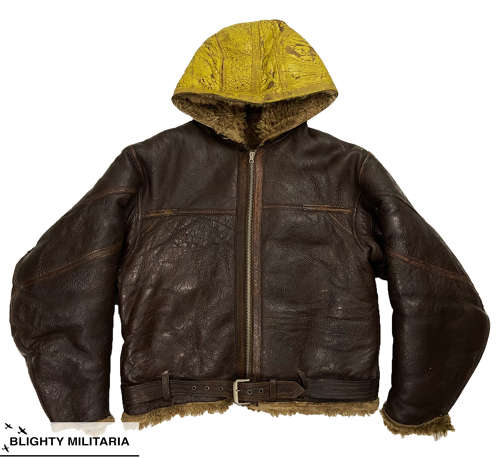 This pattern of Irvin was produced for Coastal Command crews and is also often associated with the Fleet Air Arm. The design closely follows that of the standard Irvin jackets produced during WW2 but it features a large, sheepskin lined hood which is yellow. The hood was intended to keep the wearer's head warm when flying in exposed positions (such as air gunners) and also to act as a marker if ditched in the sea.

The jacket is a mid war 'multi-panel' example and was most likely made by 'Links'. It features 'Lightning' marked zippers throughout which all function well. The jacket retains its original waist belt and nickel plated buckle and all the eyelets are present under each arm. There is a stencil to the rear which has been added in white paint. The original leather hanging loop is present to the neck but is broken in the middle.

The overall condition of the jacket is very good, as can be seen in the pictures. The chrome finish to the exterior of the leather is good with only limited areas of crazing etc and the sheepskin lining is also good. There is some loss of sheepskin to the cuffs and around the waist as is commonly found. There is a small area of carzing under one of the arms which is illustrated in picture 6 and does not affect the structural integrity of the jacket. All of these flaws are detailed in the pictures and only noticeable under close scrutiny. The jacket looks to be very strong and wearable but is of course a vintage, pre-worn item which may have small issues commensurate with age.