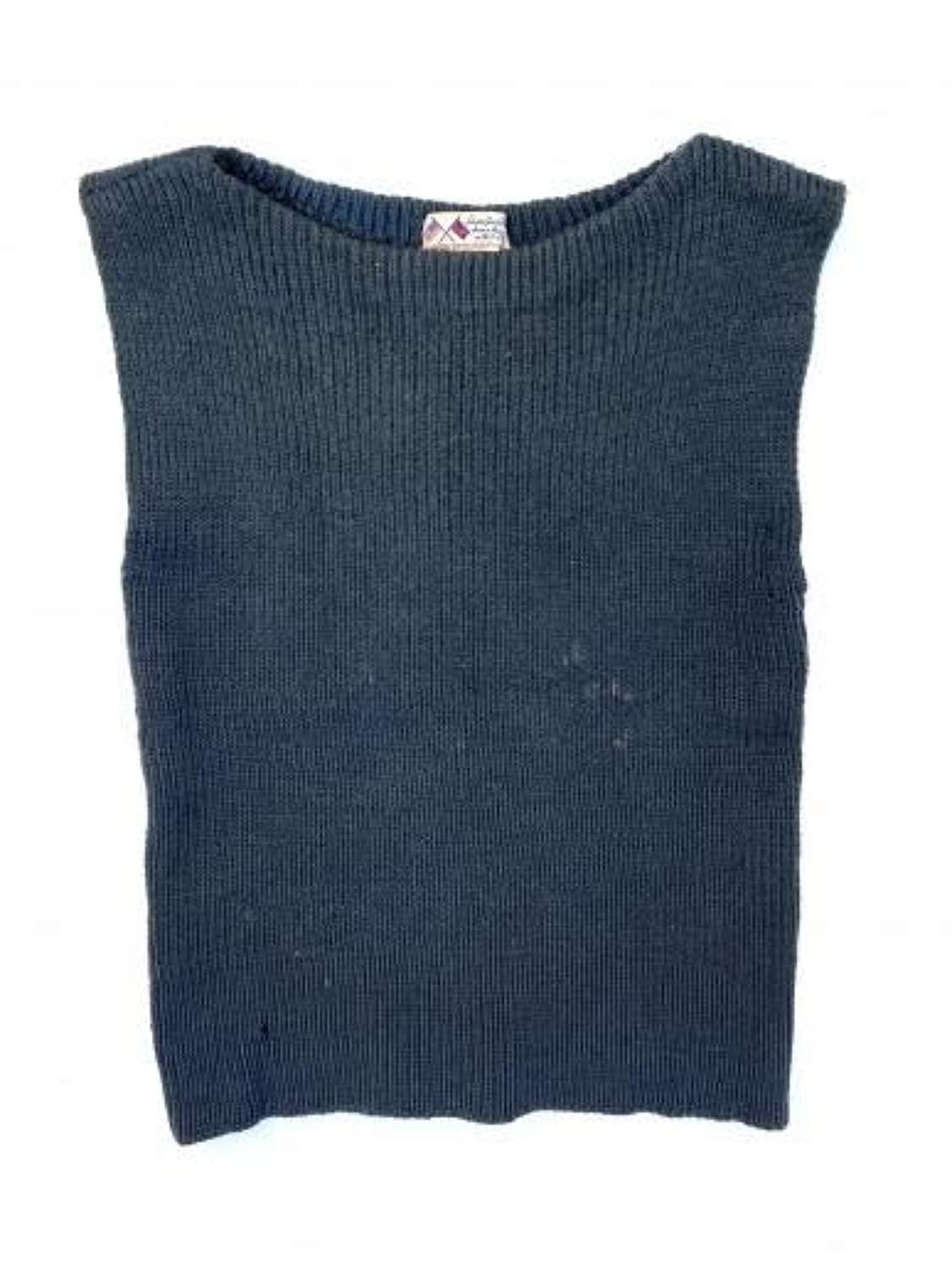 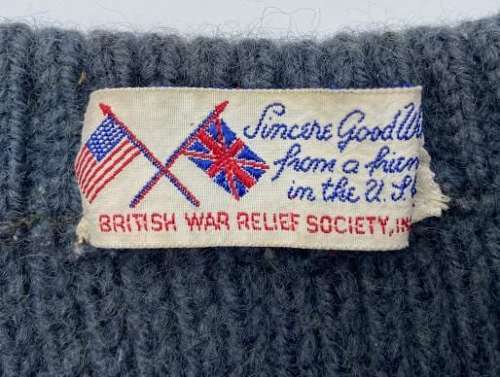 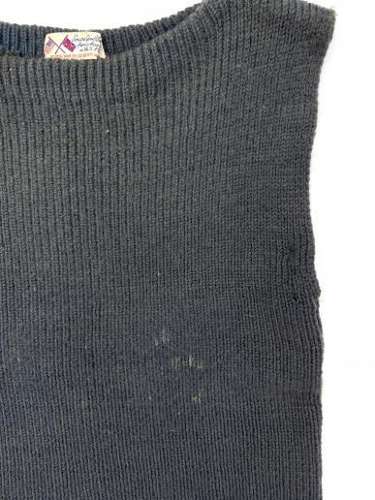 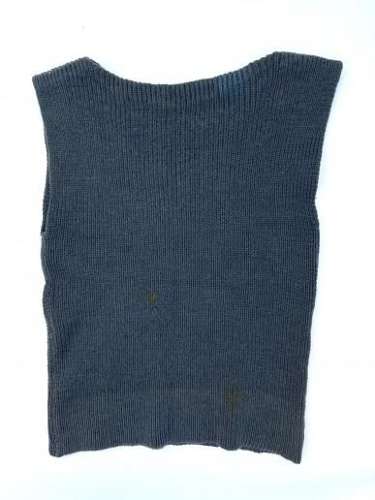 An original RAF sleeveless pullover made in America by the British War Relief Society in the Second World War.

This jumper belonged to an Ordinary Airman who served from 1942 and spent most of the war stationed on an emergency landing field in Northern Island. It was made by the British War Relief Society in there United States of America as a comfort item, similar to the comfort knits produced in the UK for serving men. It is made from a thick RAF Blue coloured wool and features a large neck opening and sleeveless design.

Inside the pullover the original label is still present and features the graphic of a crossed American And British flag with the words 'Sincere goodwill from a friend the USA'.

The jumper is a small size which will most likely suit a 34-36" chest depending on desired fit. As it is made of wool it does of course stretch out. When laid flat it measures -

The pullover is in used, worn condition and clearly saw plenty of use during the war. This is all genuine period wear as it came to me directly from the family and has been stored away since the war. There is some stain and a few other flaws. Please study the pictures to ascertain a clearer idea of condition.

a genuine wartime used piece of personal kit with a fantastic period label and a small amount of history. This would make an excellent addition to your collection!