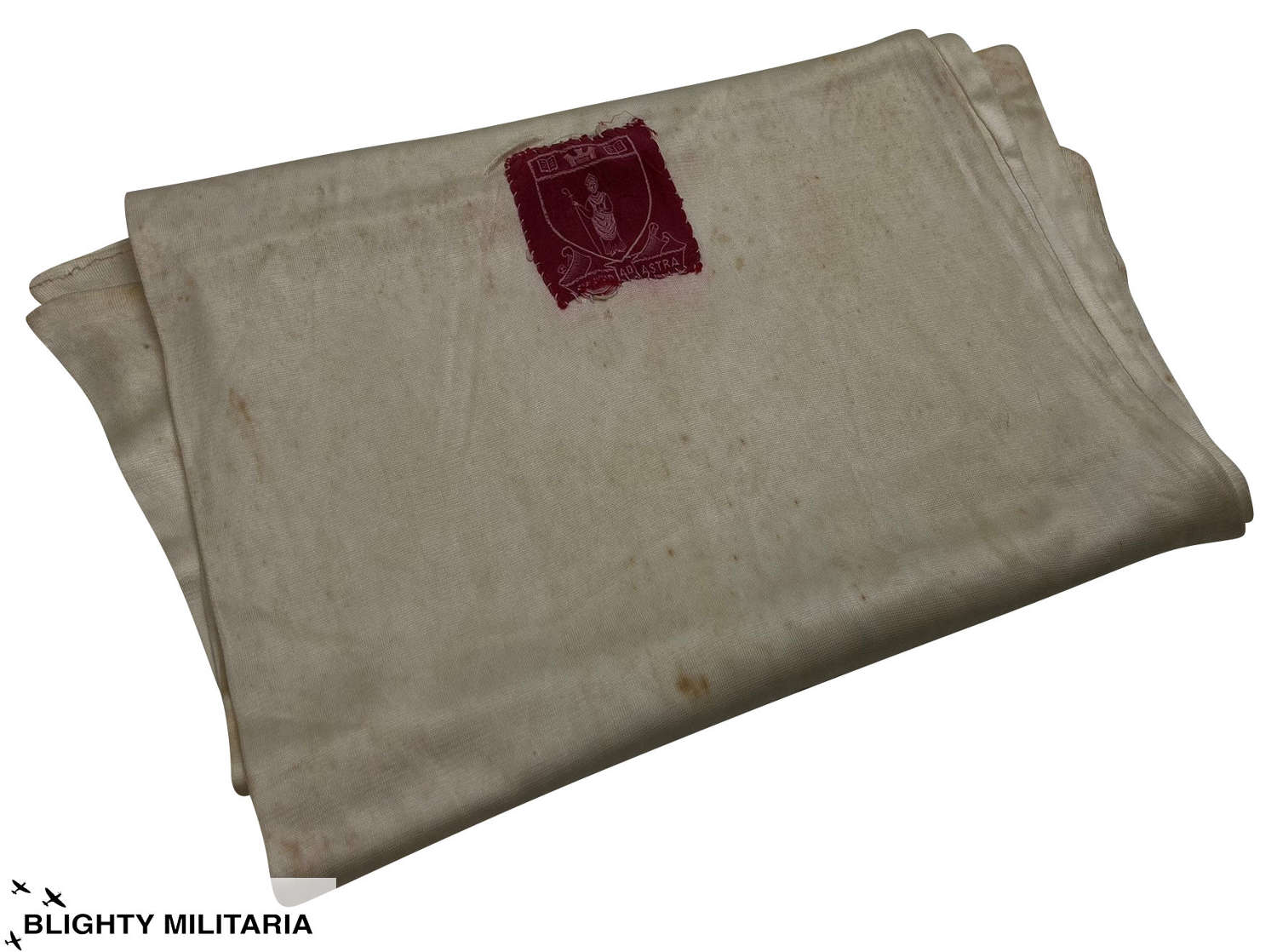 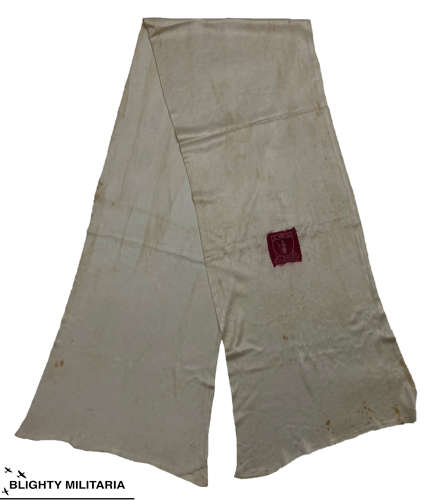 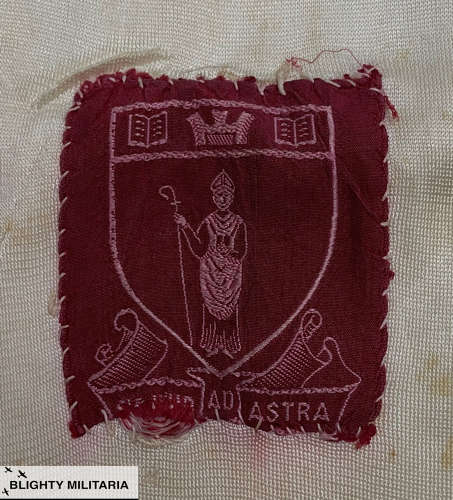 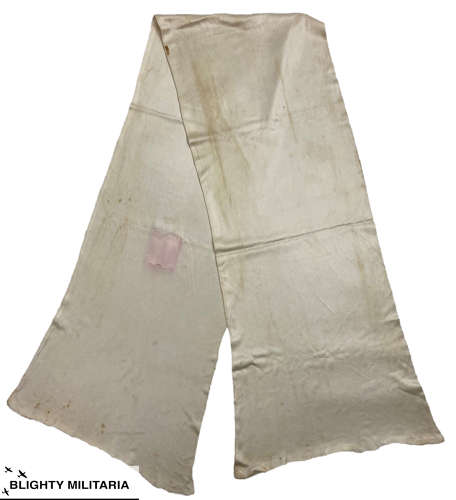 A rare original silk scarf dating from the Second World and attributed to a Warrant Officer who flew on Lancasters with Bomber Command.

The scarf is a private purchase item with no labels. The scarf is a classic off-white coloured silk as was popular with many airmen and is now one of the most iconic pieces of flying clothing today. It has had a small embroidered patch added to it in red which features the latin words 'Ad Astra' which is most likely the end of the RAF motto 'Per Ardua Ad Astra'.

The scarf is in good used condition with plenty of signs of age and wear. It is visible in the pictures so please take time to study these before purchasing.

A stunning original scarf which has been stored with Mcgregor's uniform for decades. This would make a fantastic addition to any RAF collection without a doubt!