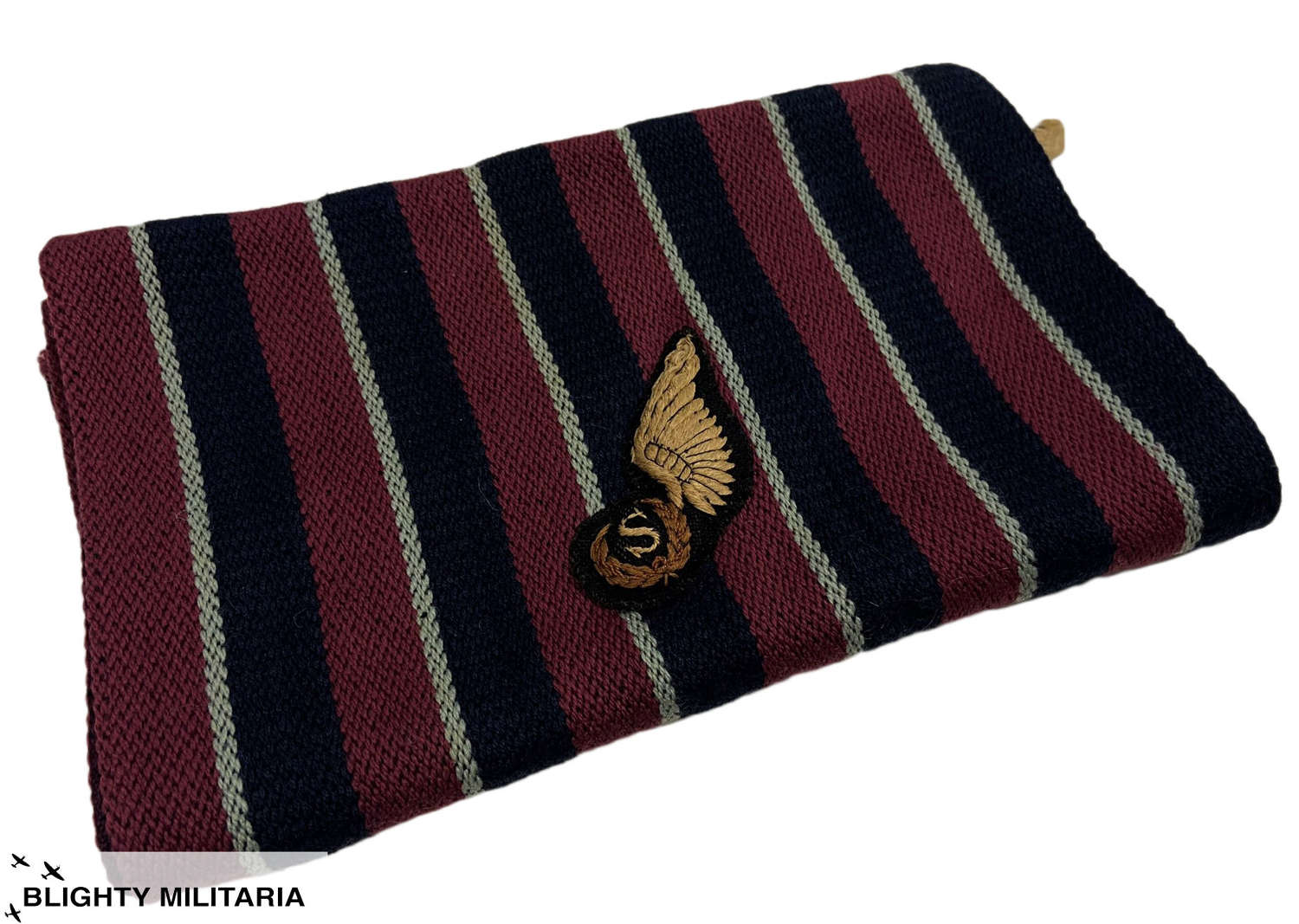 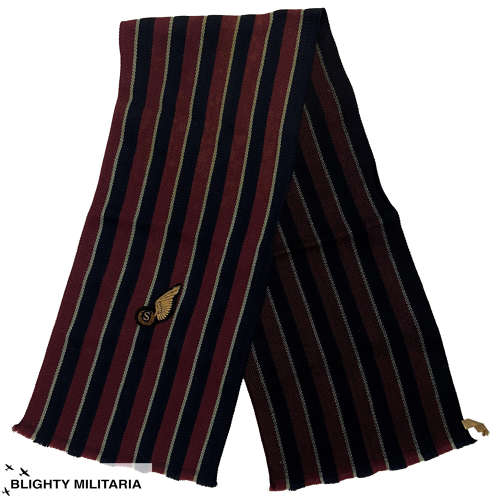 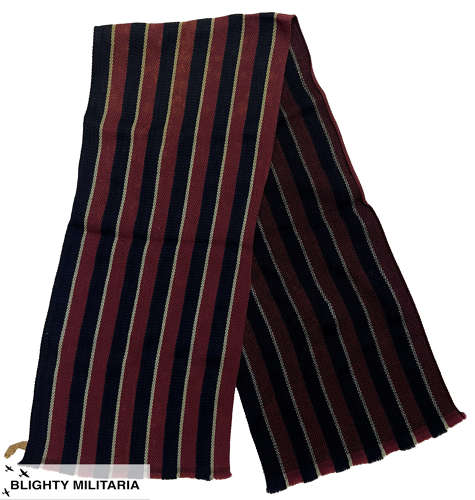 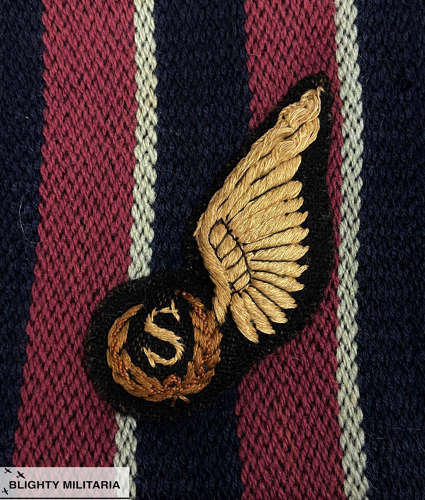 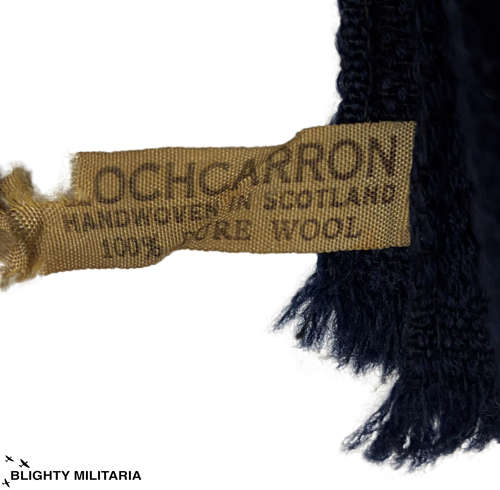 A stunning original RAF wool scarf dating from the Second World and attributed to a Warrant Officer who flew on Lancasters with Bomber Command.

The scarf is a private purchase item which was made by the Scottish company 'Lochcarron' who were a prolific manufacturer of woolen goods during the 1940s. The scarf is in classic RAF colours and has had a padded signaller's brevet added to the front which is a lovely example and appears to be Indian made. The original label is still present and bears the maker's name along with the words 'Handwoven in Scotland 100% Pure Wool'.

The scarf is in good condition with no serious flaws or undue wear. There is some foxing to the middle section although this is light. It is visible in the pictures so please take time to study these before purchasing.

A stunning original scarf which has been stored with Mcgregor's uniform for decades. This would make a fantastic addition to any RAF collection without a doubt!